François-Paul Journe is known for his extremely elegant and refined timepieces with movements made of solid 18k rose gold. Besides these visual elements, F.P. Journe is about complicated watches, but at the same time, he has always emphasised a quality that goes beyond that: the search for ultimate precision. Here are three F.P. Journe watches that exemplify that quest.

Chronomètre à Résonance
Journe himself started working on a timepiece utilising the physical phenomenon of resonance in the early years of his career, implementing the concept in a pocket watch, but that didn’t perform to expectations. As he gained skill and experience over his career, he went back on the idea and finally introduced the Chronomètre à Résonance in 2000 (a face lifted version was introduced in 2010), the first wristwatch of its kind.

The Chronomètre à Résonance features two balance wheels, two hairsprings and two escapements. When the two balances are in motion, they beat into sympathy due to the effect of resonance, reinforcing each other’s motion. Even if one balance wheel is caused to beat out of sync, they eventually return to a state of resonance. Thus the double balance wheel construction improves timekeeping, though being extremely difficult to adjust during assembly. 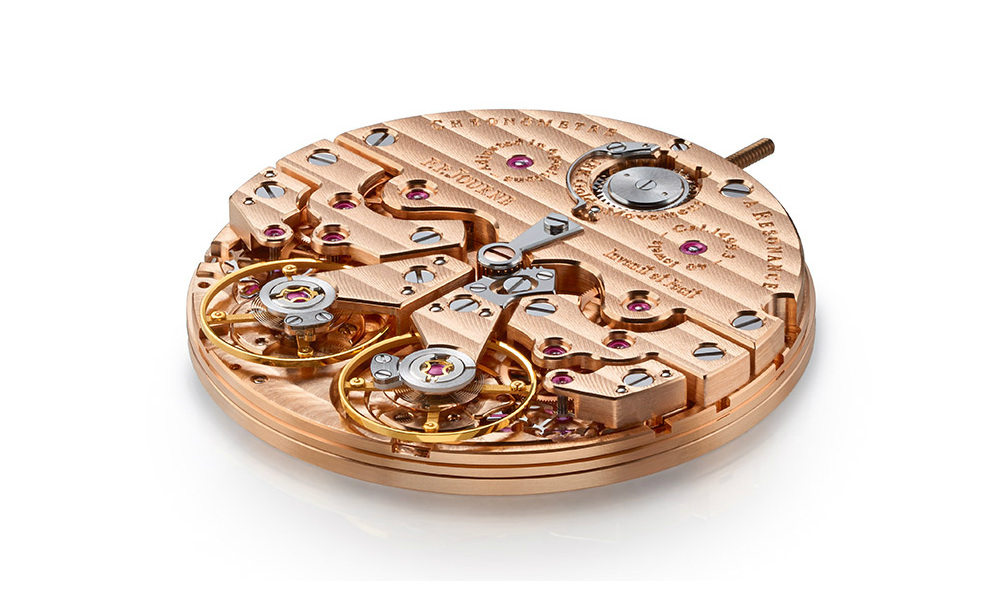 To provide good chronometric results, Journe equipped the Chronomètre Souverain with double barrels – two sources of power that unwind simultaneously – thus providing a constant stream of energy to the escapement. The movement also has a free-sprung balance wheel with adjustable weights, a traditional feature of high-end chronometers. Such features mean that precision can be achieved with a careful and precise adjusting of the movement before it leaves the workshop. The Chronomètre Souverain is adjusted in six positions, with the emphasis on constancy of rate, meaning it keeps the same time regardless of how it is worn.

The Chronomètre Souverain doesn’t feature any exotic complication and relies on traditional watchmaking.

But the Chronomètre Souverain is not just about esoteric technical features, the unique architecture of the movement is also noteworthy. It’s built such that the balance and escapement appear to be mysteriously detached from the twin barrels, beating without apparent motive power. In fact, the gear train that links the escapement to the barrels runs under the dial rather than taking the conventional path visible from the back. 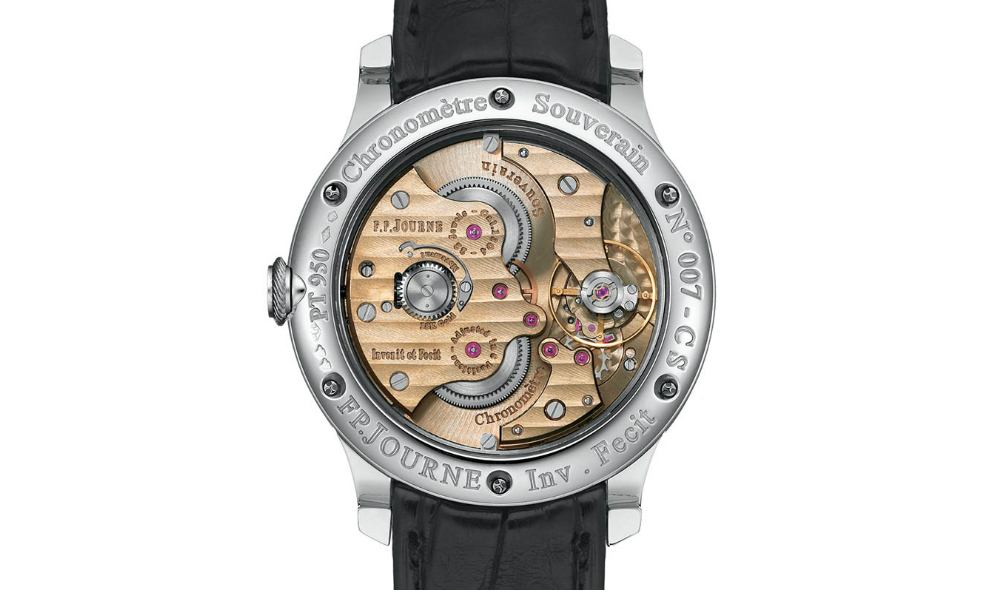 The Chronomètre Souverain is equipped with double barrels, thus providing a constant stream of energy to the escapement.

Chronomètre Optimum
For his latest refinement of the perfect chronometer, F.P. Journe created a highly technical watch, one equipped with several complex mechanisms focused on increasing the precision of the watch. The Chronomètre Optimum took nearly a decade from concept to reality. 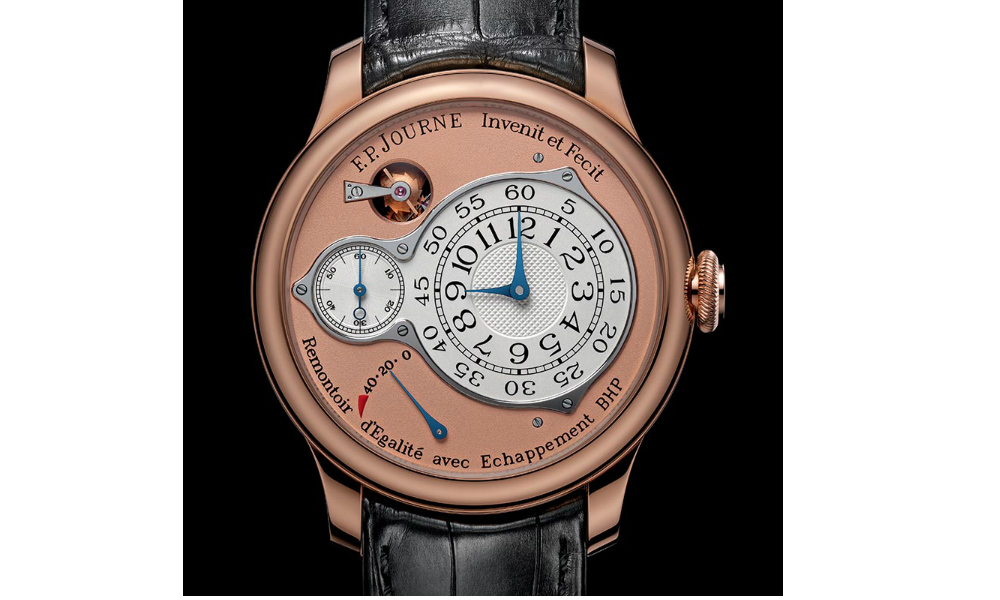 The Chronomètre Optimum took nearly a decade from concept to reality and features three complications.

Despite being visually simple watch with only hours, minutes and seconds, the Chronomètre Optimum features three complications:

In short, the Chronomètre Optimum is an accumulation of the best features of other F.P. Journe Chronomètre watches. 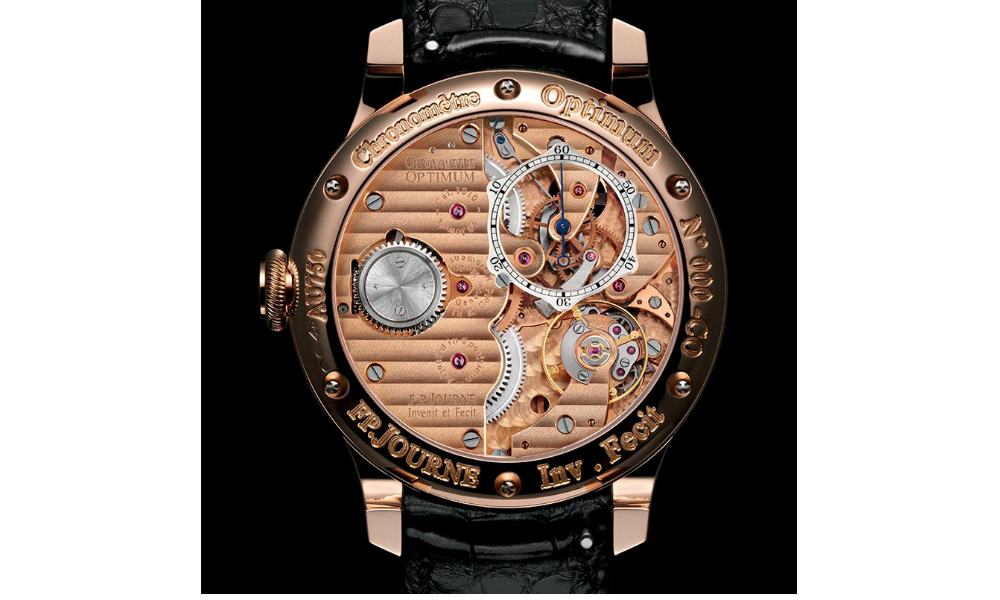 The Chronomètre Optimum features a two-wheel direct impulse escapement that requires no lubrication.