The Hour Glass is thrilled to celebrate its 40th anniversary with the reveal of a recent collaboration with our friends at Nomos Glashütte: four new Tangente neomatik ‘Red Dot’ Commemorative Editions. It is no secret that I have a certain fondness for Nomos – not only am I wearing my own Tangente as I write this article, but earlier this year on a trip to Germany I also had the incredible opportunity to meet the extraordinary people behind the brand. From the bustle of Berlin, through the greenery of Glashütte and finally to the streets of Singapore, these watches have come a long way. Having finally arrived, we can now take a closer look. 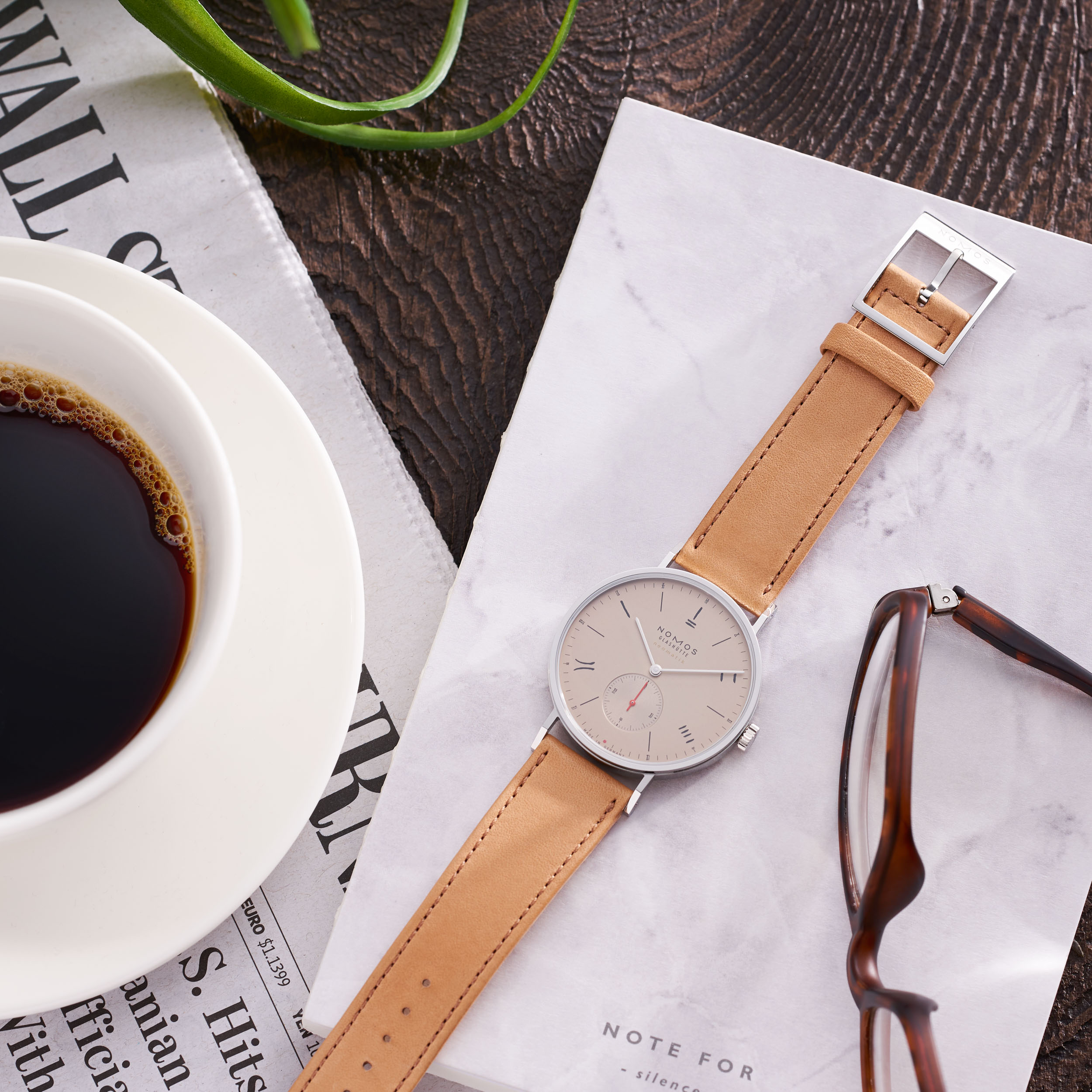 The four Commemorative Edition ‘Red Dot’ Tangente neomatiks are typically Nomos but with a distinct twist. The most immediately perceptible change to the iconic design – one typically characterised by its markedly Germanic typography – can be found in the numerals on the dials. The salmon and silver coloured dials feature numerals in a Chinese oracle bone script to commemorate the earliest known form of Chinese writing. 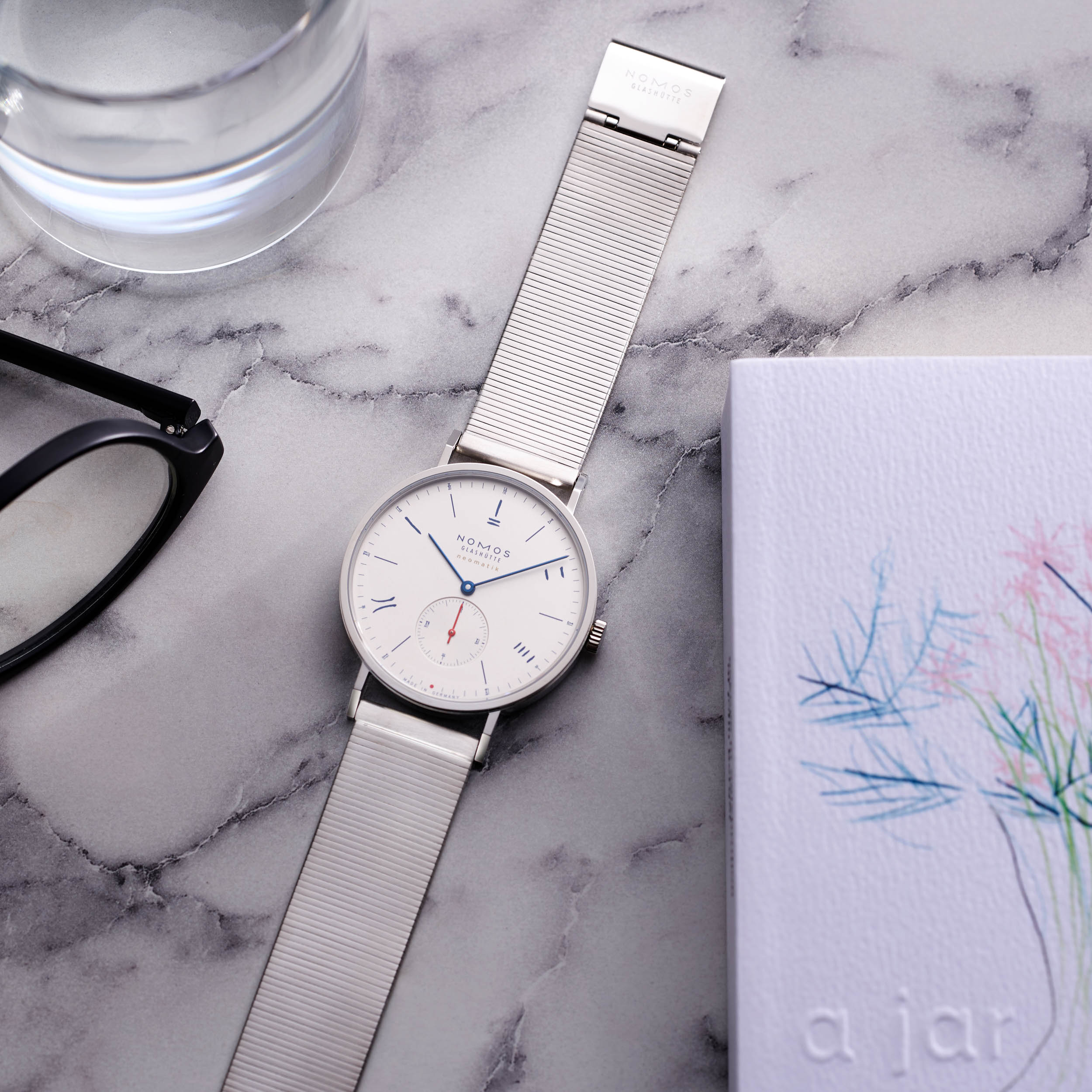 On the ruthenium and midnight blue versions, the Chinese oracle bone script is replaced by the Hindu-Arabic numerals which formed the ancient basis for what is now the most commonly used numeral system in the world. The choice of these ancient numerals respectfully nods to the diverse and multicultural influences which have shaped the globally-minded city state. Another subtle detail to notice is the unique ‘little red dot’ located at six o’clock – a design quirk in its third iteration and one exclusively inspired by the creative relationship between Singapore and Glashütte. 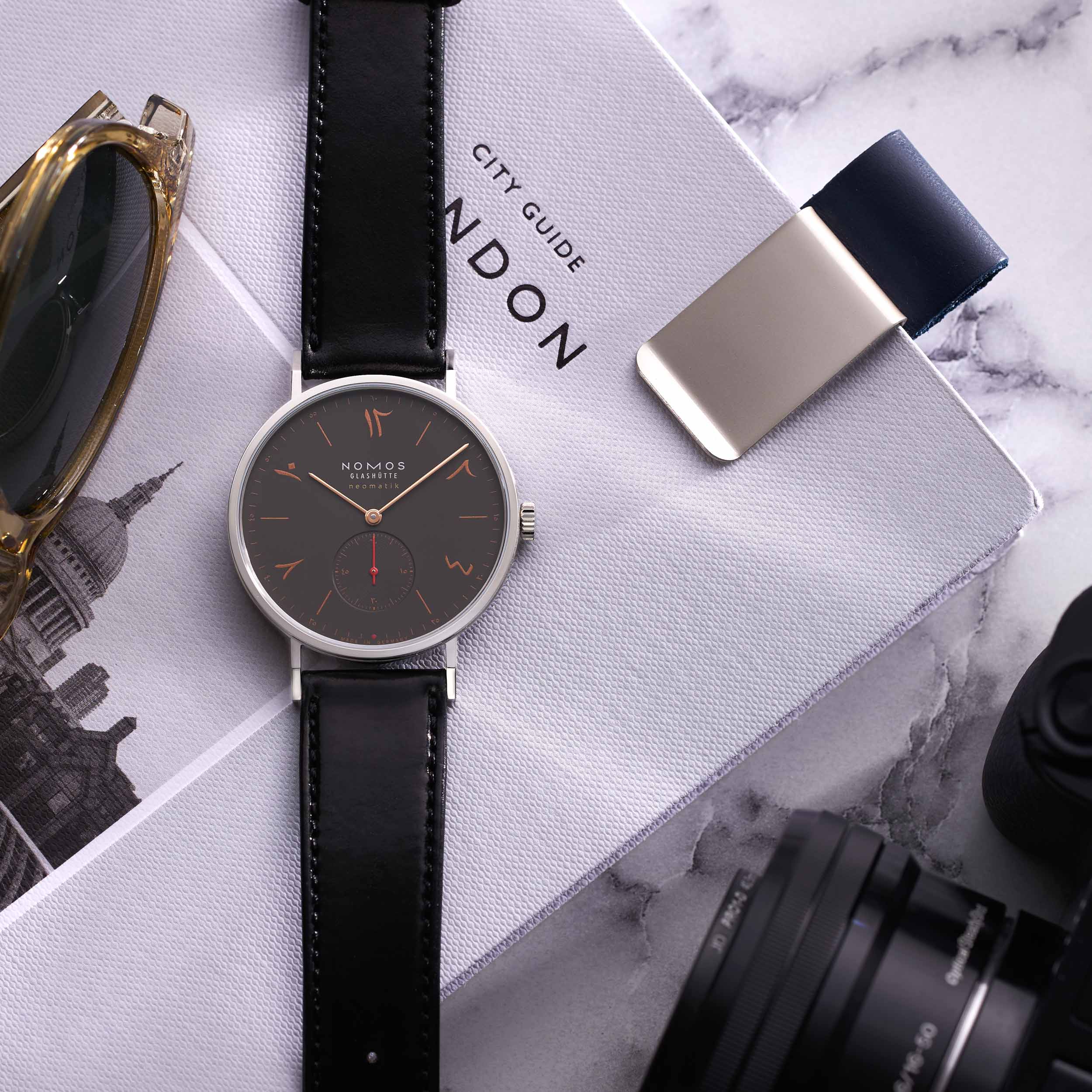 The Tangente is a watch that is emblematic of all that Nomos represents in watchmaking: considered design, aesthetic functionality, mechanical excellence and democratic appeal. Their Berlinerblau studio in the heart of Kreuzberg, Berlin is the ingenious powerhouse behind the inspired designs which are turned into ticking timepieces at their production facility in the small Saxon town of Glashütte, the home of fine German watchmaking. 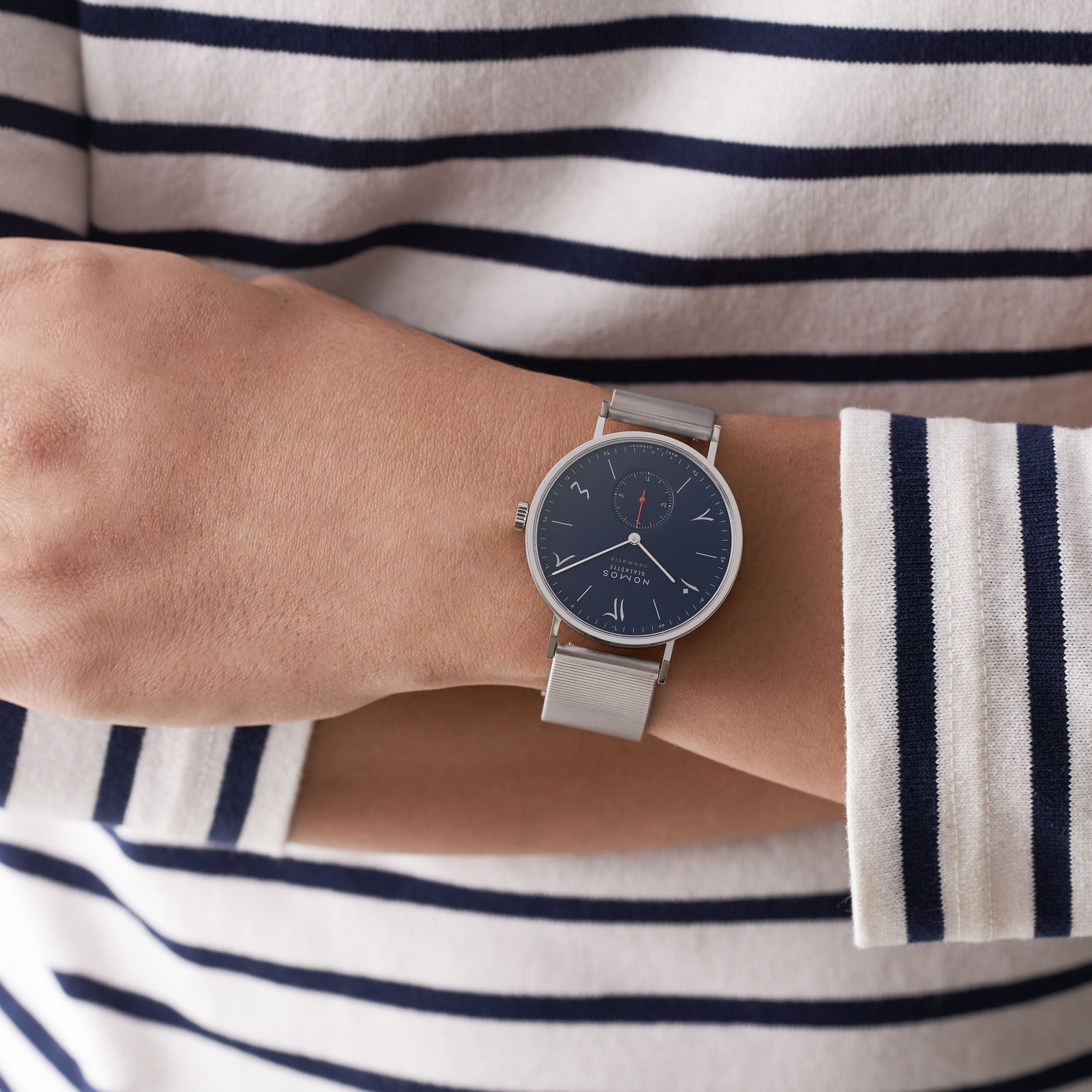 The brand has been noticed by younger audiences and creative professionals alike for their attention to detail and willingness to dabble with colours that others may shy away from – think orange, bright blue and red. Tastefully playful, the colour palettes available for each of the Commemorative Editions provides more than enough choice to suit any wrist. Each dial uses contrasting colours to ensure that the numerals are clear and legible: black against salmon, a vibrant blue against white silver, cream against ruthenium and silver against midnight blue.

Every timepiece is accompanied by either a light tan leather strap, a dark charcoal leather strap or steel sports bracelet. The vibrant tonal composition of these Commemorative Editions makes them timepieces that will stand out in any context from a riverside café in Berlin to the departure lounge of Singapore Changi Airport. 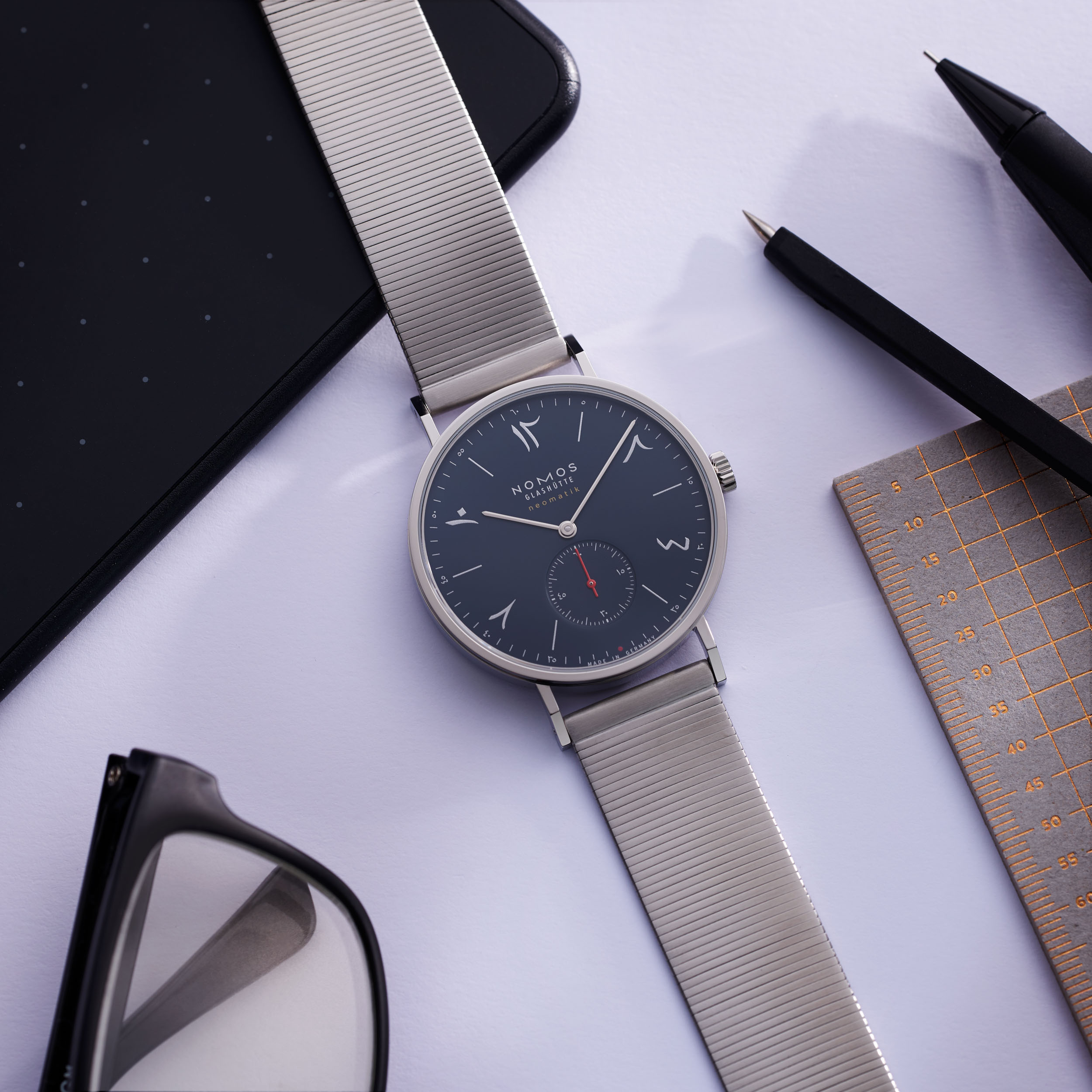 Aside from the colours, their 39mm size is also rather versatile. Despite the prominent geometric lugs which increase the perceived surface area of the watch, the mere 7.2mm height maintains a discrete, slender and timeless profile. Inside the stainless steel case ticks the in-house automatic DUW 3001 movement. 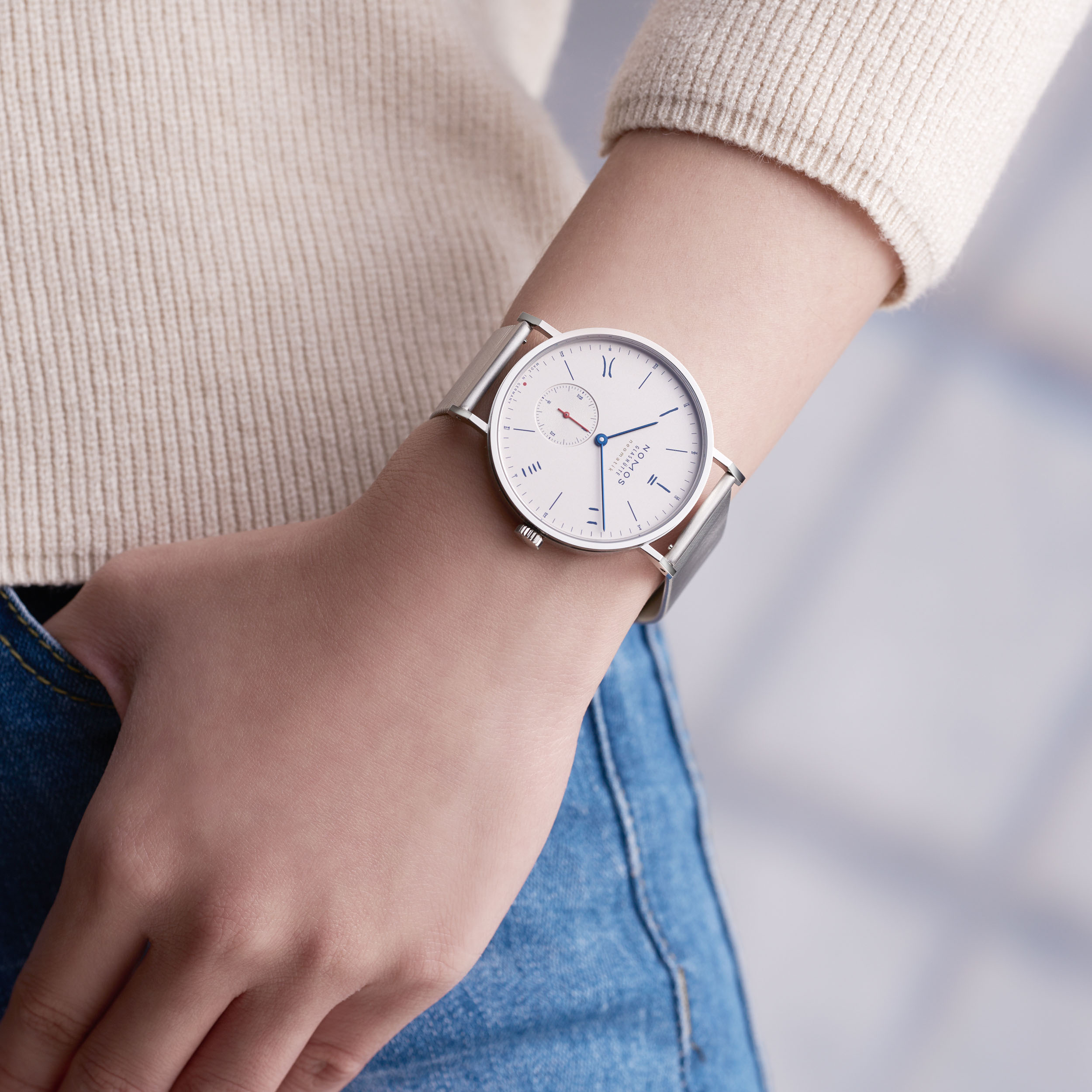 A lot of time and energy (and a considerable financial investment) went into the development of the Nomos swing system – the technological breakthrough which allows the company to claim its status as a proper in-house manufacture. Through the sapphire crystal glass back you can see all classic Glashütte watchmaking traditions at work: the three-quarter plate, the tempered blue screws and the ribbed polishing. The internal mechanical aspects of the movement is fundamentally embedded in a rich history of German watchmaking – a historical connection which contrasts charmingly with the inventive and somewhat experimental exterior aesthetic of the Commemorative Edition releases. 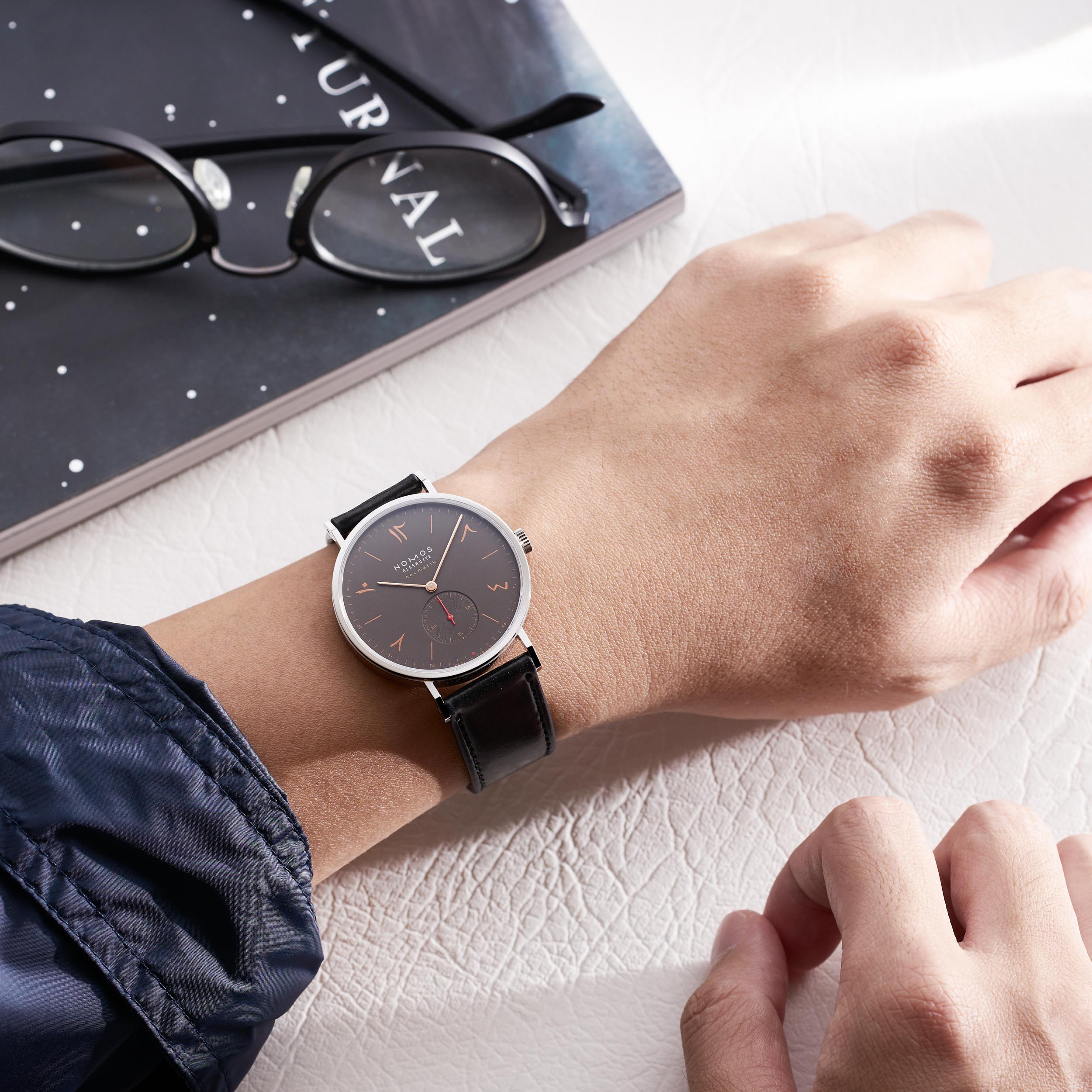 2019 is a special year for Singapore. Not only is The Hour Glass celebrating 40 years since first opening its doors, but the country itself is also commemorating 200 years since its foundation in 1819. Singapore today is a dynamic commercial centre where in travel and trade, so many of the world’s cultures have the chance to mingle throughout the course of the day. Although the Tangente model is regarded as the Nomos’ signature, it has also proven to act as an adaptable canvas for all manner of creative collaborations. As an exercise in celebrating diversity and trans-continental collaboration, the 40th anniversary Commemorative Edition ‘Red Dot’ Tangente neomatiks make the 9888km distance between Glashütte and Singapore seem almost trivial. 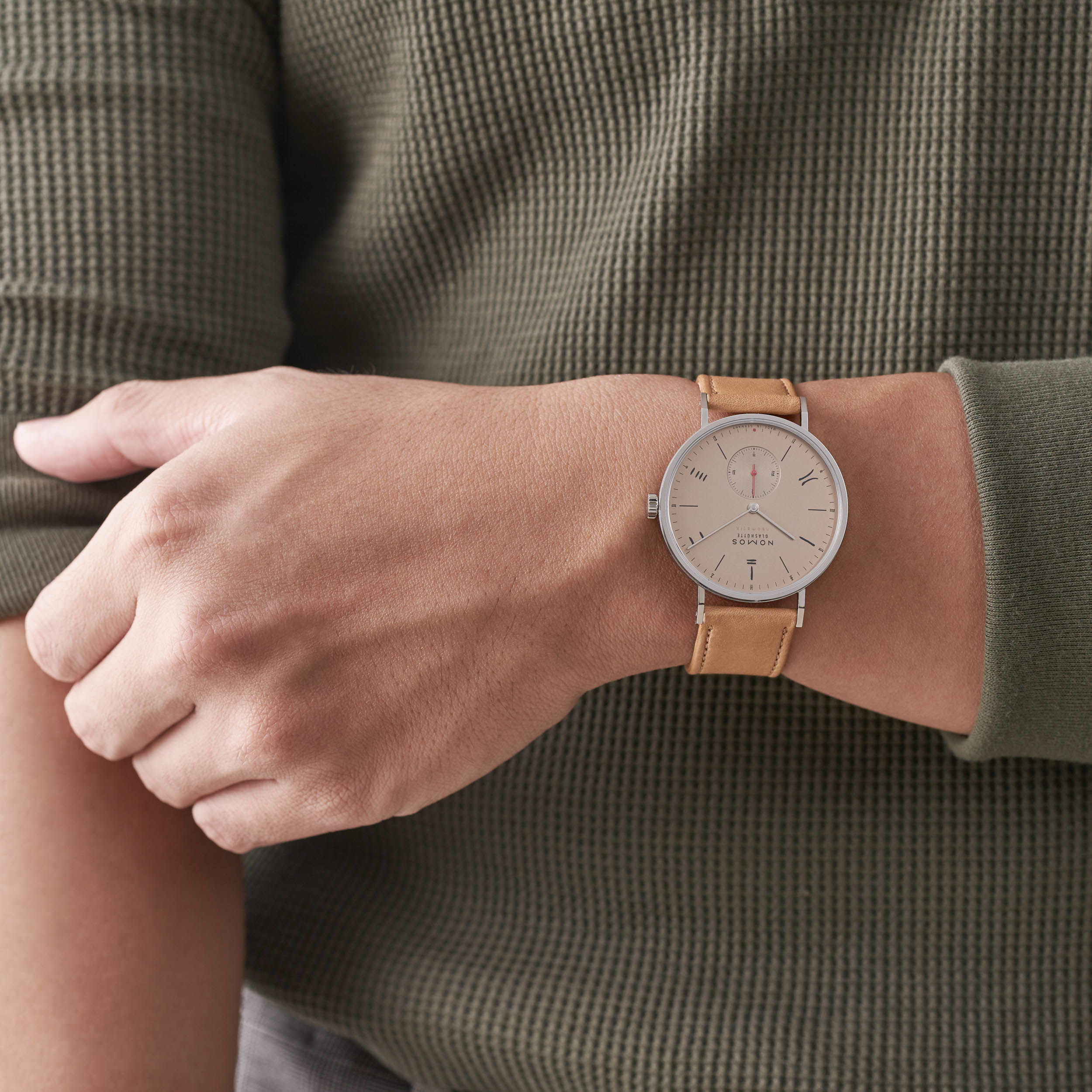