Geneva Watch Days 2021: MB&F and L’Epée 1839 collaborate one again, releasing a minimalist sculptural clock called the Orb. Available in white or black (both limited to 50 pieces) with its hourly striking mechanism, the Orb is a beautiful reminder of the passage of time.

Inspiration of the ORB

The idea behind the Orb is the brainchild of German designer Maximilian Maertens, who started his artistic career at MB&F as an intern before setting up his own design studio in Berlin. Maertens worked with MB&F and L’Epée on the T-Rex clock, before being given free rein to create the TriPod and now the Orb.

“Max (Maertens) is a natural born creator – something incredibly rare these days. His mind travels and explores his own universe before transforming that thought wandering process into a 3D idea. Our differences enrich the creative process whilst our similarities allow for both of us to understand each other”, says Maximilian Büsser, founder and creative director of MB&F.

Discover the Orb at The Hour Glass The minimalistic structure is composed of four elytra (that’s the technical word for a beetle’s protective wing covers, in case you were wondering) that not only open up, but can also swivel like a transformer to display the Orb in a variety of different positions. The shiny-white version is reminiscent of the first iPods with their lustrous curved cases, a surface that is particularly pleasing to the eye and the touch.

The possibilities of displaying the Orb are multiple. Placed on its saucer so it doesn’t roll away, it can be displayed completely closed or with one, two or three opened elytra. Alternatively, opening all four elytra allows to display the clock without the saucer. 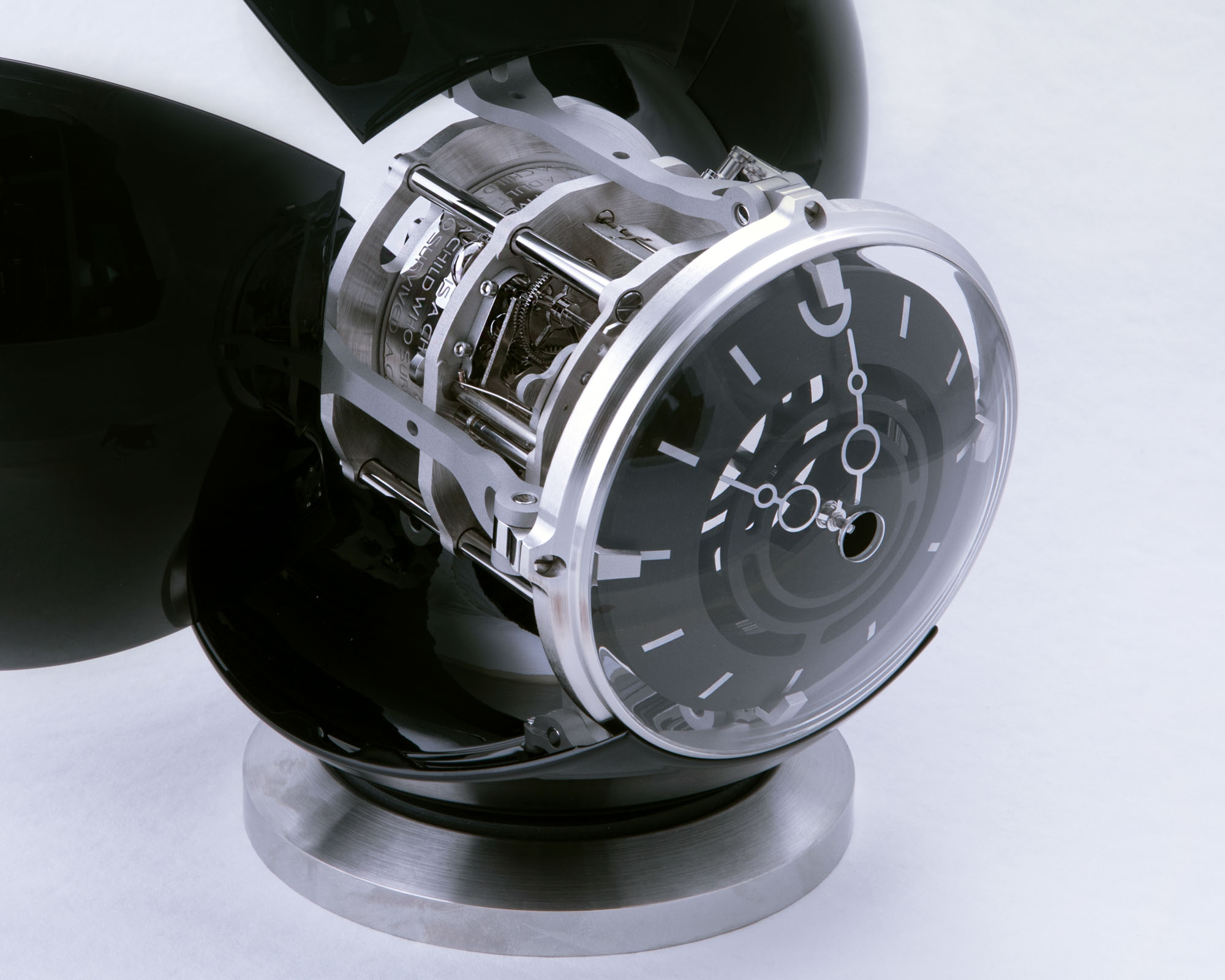 Powering this state-of-the-art clock is a beautiful L’Epée 1839 hour-striking movement with an eight-day power reserve. In contrast to many of the other MB&F x L’Epée clocks, the movement is not perceivable from the outside. But the perfectly formed sphere invites the viewer into the mechanical heart of the piece and the discovery of the movement.

The eight-day calibre can be seen just slightly through the curved aluminium dial covered by a domed mineral glass, which has a hole in the centre to allow the setting of the time with a special key. 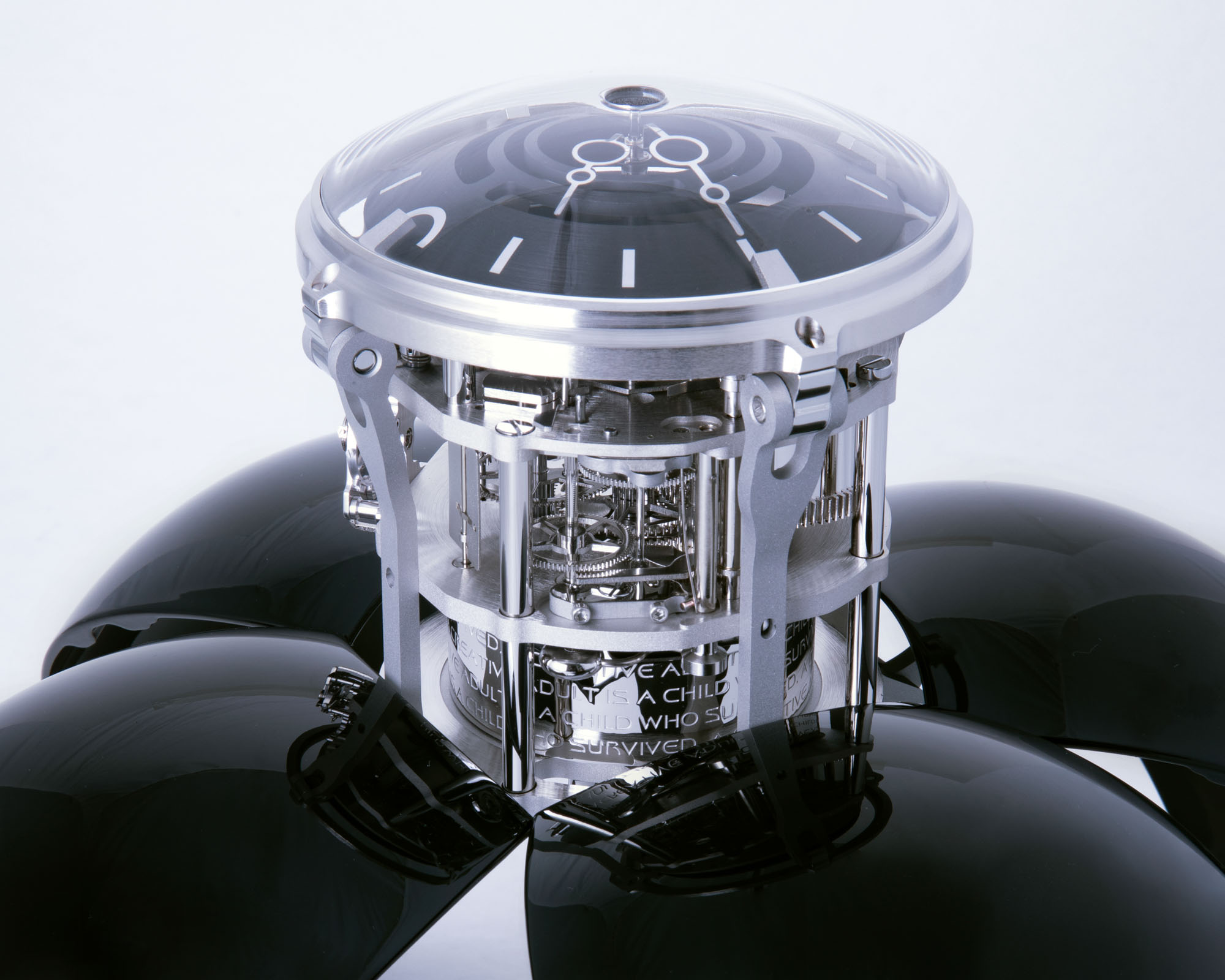 There are two barrels, one for the time and the other for the striking of the hours, that are wound separately. The hour mechanism doesn’t just chime the passage of the hour, but indicates the actual hour, like a church clock. This function can also be repeated on demand via a button on the side of the clock, or turned on and off if required.

This new hour-striking development is based on a similar mechanism used in L’Epée 1839’s historic carriage clocks. In France, these are known as “Officer’s clocks” as legend has it that when Napoleon almost lost a battle because one of his officers was late, he ordered all of his military chiefs to carry a carriage clock with them at all times. 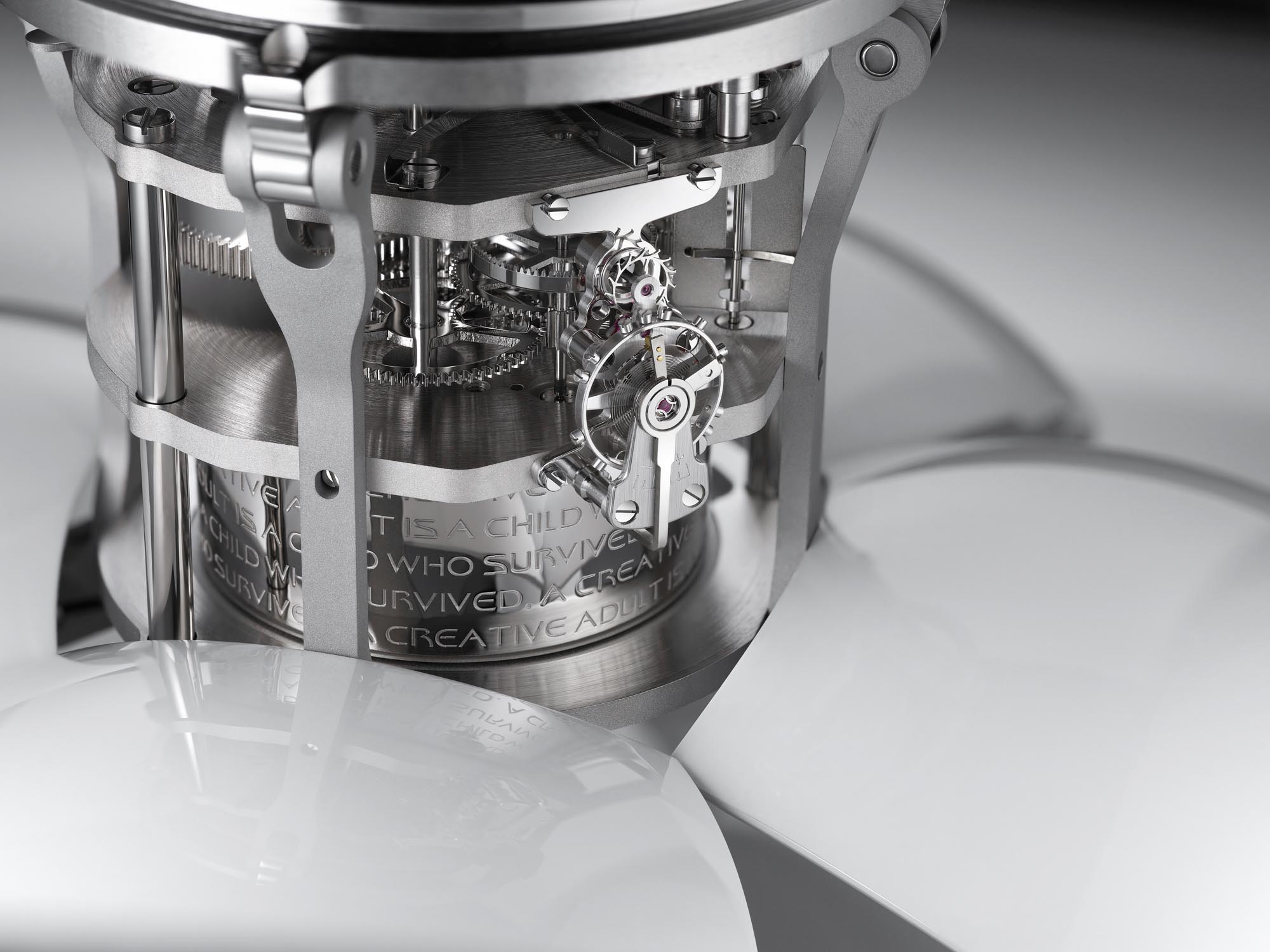