The traditional horizontal Tourbillon was first pioneered by Abraham-Louis Breguet in 1795, and it was developed as a means to counteract the positional error that gravity affects on a pocket watch when it was worn hanging. Gravitational pressure will lead to the stressing of the pocket watch’s inner mechanisms which will increase wear and tear and have a negative impact on its accuracy. A Tourbillon significantly reduces this problem as it consists of the balance wheel of the pocket watch being located in a rotating cage which rotates about its own axis once every minute, thereby negating gravitational and positional error. 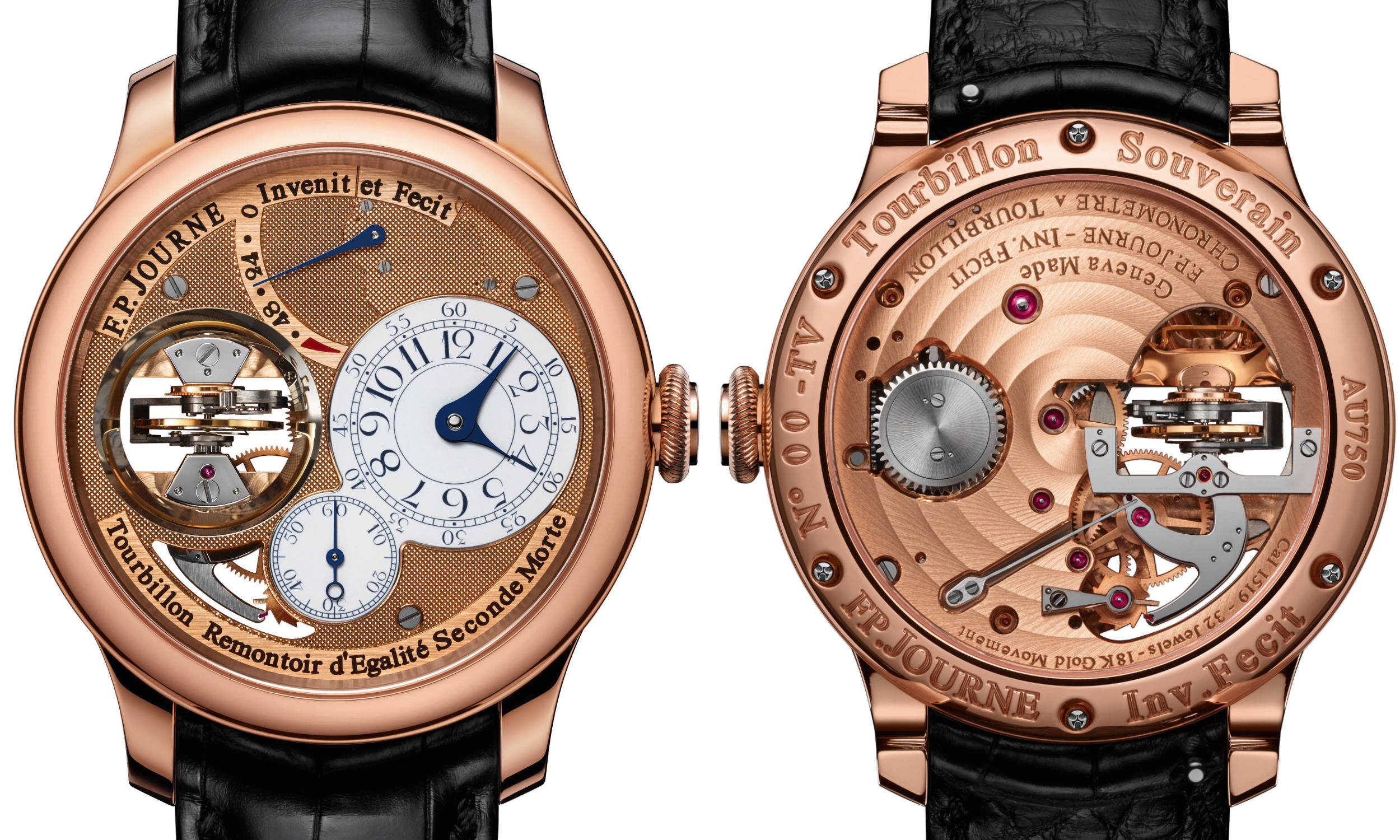 The highlight of the Tourbillon Souverain Vertical, as the name suggests, is a Tourbillon that sits in a vertical cage and is perpendicular to the dial of the watch. The Vertical Tourbillon is located at the 9 o’clock location of the dial. It is enveloped and accentuated with an inverted conical aperture with mirror-polished sides. Unlike a traditional Tourbillon, the Vertical Tourbillon makes 2 complete revolutions in a minute. Having a vertical cage also ensures that the balance wheel of the Souverain Vertical is always upright, regardless if it is lying flat on its back or on its side. This harkens back to Breguet’s rationale behind his Tourbillon – to reduce gravitational and positional error. On the front of aesthetics, the Tourbillon Souverain Vertical is noticeably different from the previous Tourbillon Souverain. The 18K Rose Gold base plate of the watch’s movement now serves as the dial. The base plate is finished with an exquisite “Clous de Paris” hobnail guilloché. Located at the 3 o’clock and 6 o’clock positions are 2 enamel subdials which display the hours and seconds respectively.

The Tourbillon Vertical Souverain is powered by the hand-wound 1519 Calibre which features an 80-hour power reserve and vibrates at 21,600 beats per hour. The movement is made of 18K Rose Gold and is beautifully finished and decorated. Available in platinum and 18K Rose Gold.