In a nutshell, high-frequency movements are more accurate than low-frequency ones simply because their oscillators divide time into smaller spans, giving rise to a higher resolution. It’s like watching a HD video on an iPad Pro compared to an older device: the image resolution is that much sharper. For example, a 5Hz engine oscillating at 36,000 beats per hour (bph) can measure accurately to 1/10th of a second whereas its 4Hz (28,000 bph) counterpart can only muster accuracy to 1/8th of a second. Not that this matters much to the average joe, but it makes a world of difference in the sporting arena, where mere milliseconds can spell the difference between first and second place.

Breguet Classique Chronométrie 7727
The 7727 is remarkable for a number of reasons, not least because it is equipped with a 10Hz (72,000 bph) engine – twice as fast as a ‘typical’ 5Hz high-beat movement. This means it offers a 1/20th of a second accuracy. To reduce the wear and tear sustained by such a high-speed system, Breguet created a lubricant-free mechanism using silicon parts. Breguet also reworked the architecture of the balance, employing two endstones with powerful micro-magnets to keep the balance staff centred and self-adjusting. 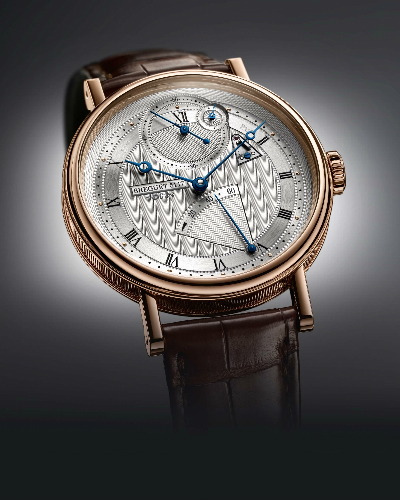 Don’t be fooled by the 7727’s classical guise – hidden beneath the sublime dial with its multiple guilloché patterns is a powerful 10Hz engine.

Chopard L.U.C 8HF Power Control
In 2012, Chopard caused a sensation when it launched the L.U.C 8HF. Its movement bore a silicon escapement that allowed it to oscillate at a frequency of 8Hz (57,600 bph), double the speed of most mechanical movements. Additionally, it was the first high-frequency calibre to be chronometer-certified, an achievement in itself. This gave Chopard the impetus to further its development, resulting in 2014’s L.U.C 8HF Power Control, equipped with a power reserve indicator and a 60-hours power reserve. 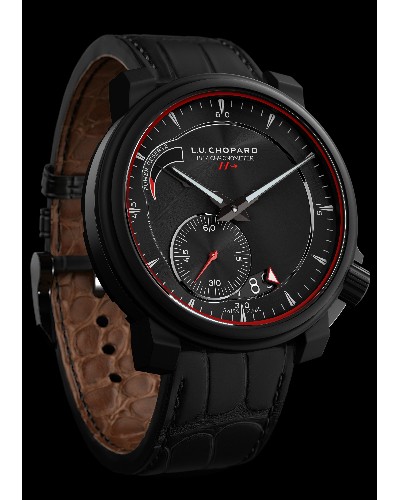 With a case machined from a single block of black ceramic, and a dial accented by racing red, Chopard’s L.U.C 8HF Power Control spells high-speed.

TAG Heuer Carrera Mikrograph
Heuer’s historical role as official Olympics timekeeper makes TAG Heuer a logical frontrunner when it comes to high-frequency watches. In 2011, it proved its mettle by unveiling the Mikrograph, the world’s first mechanical chronograph wristwatch that offered 1/100th of a second precision. This is thanks to a dual-wing movement, one humming at 4Hz for regular timekeeping functions; and the other buzzing at an incredible 50Hz (360,000 bph) for chronograph timings. The success of this dual-wing platform allowed TAG Heuer to develop other high-frequency chronographs over the next few years. 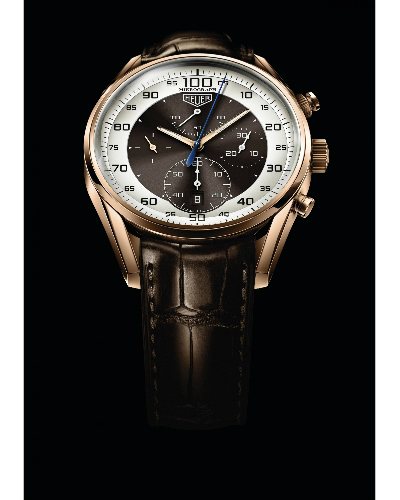 On the Carrera Mikrograph, the central chronograph hand ticks off 1/100th of a second instead of the usual 60 seconds.

Zenith El Primero Classic Cars
Zenith’s El Primero was one of the world’s first chronograph movements with automatic winding. With a frequency of 5Hz, it was an unprecedented feat at the time of its launch in 1969 (its closest rivals, the Seiko 6139, pulsated at 3Hz). In production for 47 years, the El Primero has not only equipped watches in Zenith’s portfolio, but also those from Rolex (the Cosmograph Daytona, from 1988 to 2000, though Rolex tweaked the frequency down to 4Hz for servicing purposes) and Bvlgari (the Octo Velocissimo). New for Zenith this year is the Classic Cars model with the tricolour sub-dials so beloved by fans. 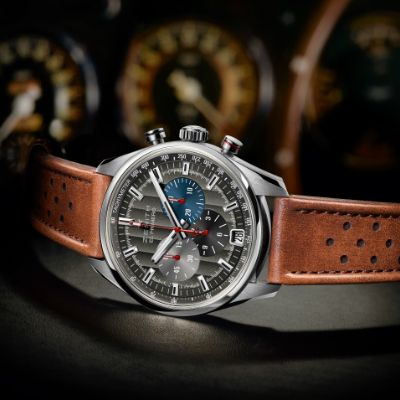 The El Primero Classic Cars features Geneva stripes on its dial, a first for Zenith. The perforated leather strap is reminiscent of vintage racing gloves

Blancpain Fifty Fathoms Bathyscaphe Chronograph Flyback
There is no doubt that Blancpain’s Bathyscaphe Chronograph Flyback is one of the sleekest, most stylish dive watches on the market, but the real story lies in its propulsion system, the in-house developed Calibre F385. This engine throbs at a 5Hz frequency, which provides better precision compared to Blancpain’s previous workhorse chronograph, the Frederic Piguet Calibre 1185, with its 3Hz (21,600 bph) frequency. Calibre F385 employs a silicon balance spring, which, as a bonus, also renders the timepiece immune to magnetism. 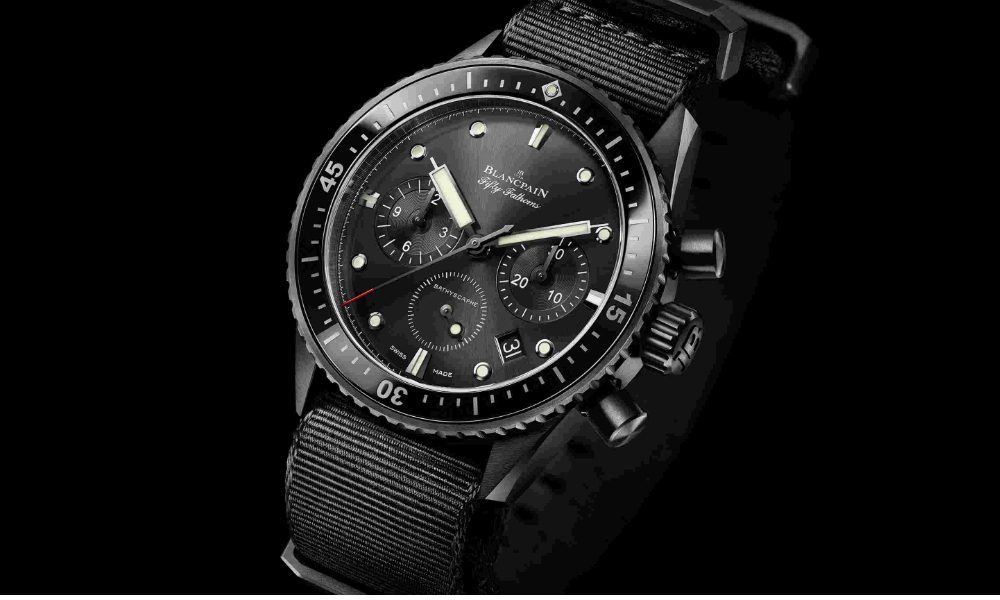 Blancpain’s Fifty Fathoms Bathyscaphe Chronograph Flyback does not only look good; there is serious mechanical muscle at its core: the high-performance Calibre F385