The fundamental purpose of watches is to tell us the time. Yet, it is somehow wonderfully ironic that it is the element of time that poses a challenge to watches. For many people, the hunt for a watch is a part of the journey. To some, it may even be the most fun. However, the true relationship begins after the acquisition, as you start to develop an intangible bond to it and learn of its merits and shortcomings. Every enthusiast will surely want the affection for their newly-purchased watch to stand up to the test of time. 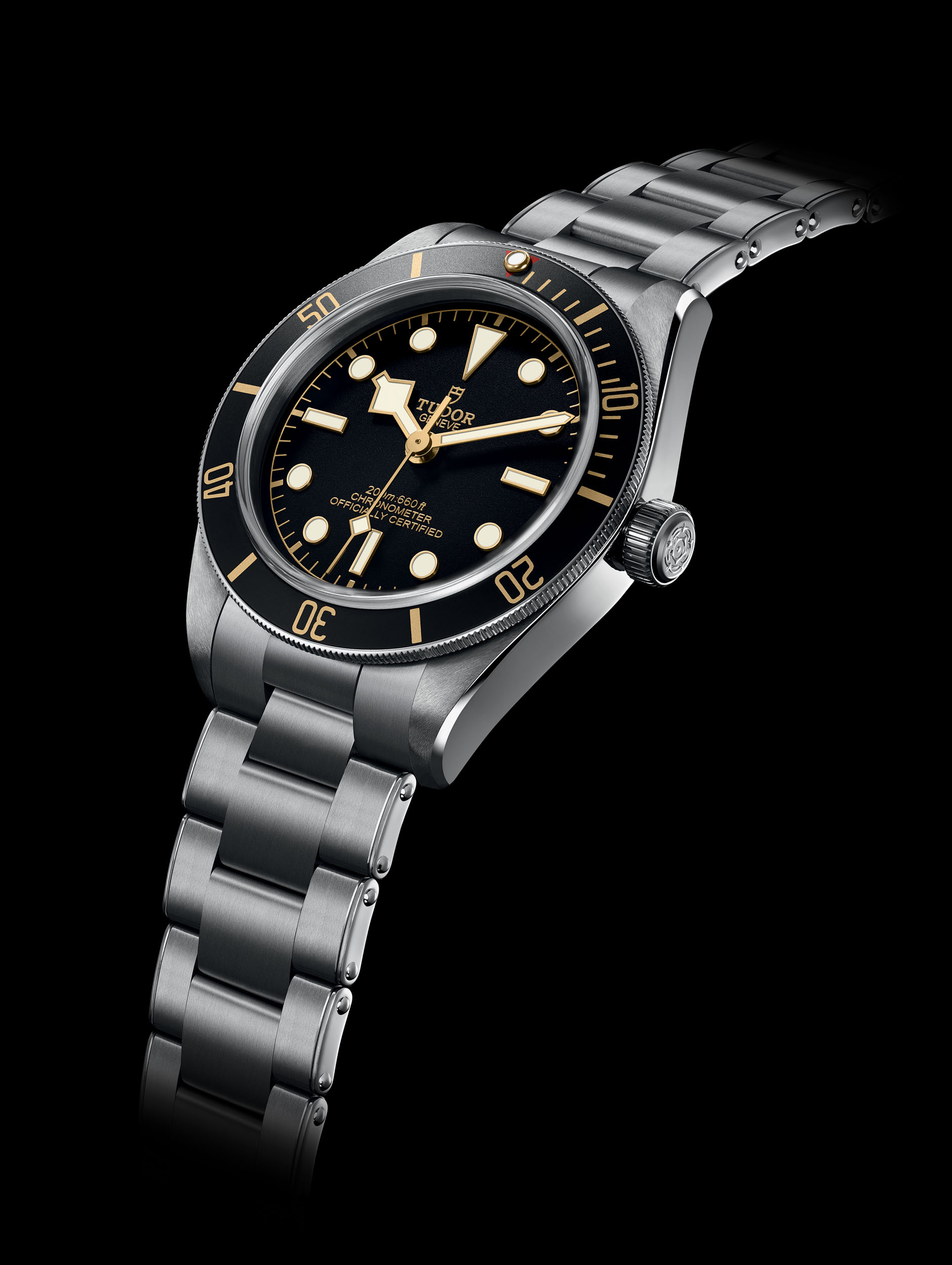 The moment I laid eyes on the Tudor Black Bay Fifty-Eight that was announced at Baselworld 2018, I immediately knew that it is a watch that I would want to experience and develop a relationship with. With much haste, I requested to be placed on the waitlist for it. Being a guy who has a strong penchant for instant gratification, the 5-months waiting period was torturous as I read more about the watch and saw new pictures of it popping up in the presses. I just could not wait to have it married to my wrist. The day I took delivery of the watch was like the conclusion to a great Greek Epic, as the watch that had been constantly occupying my mind daily for the past few months was finally in front of me and on my wrist. However, akin to any great marriages, the honeymoon period is just a part of the story. What comes after determines a long-term relationship. Will the Black Bay Fifty-Eight proclaim a victory over the arduous task that is time itself? 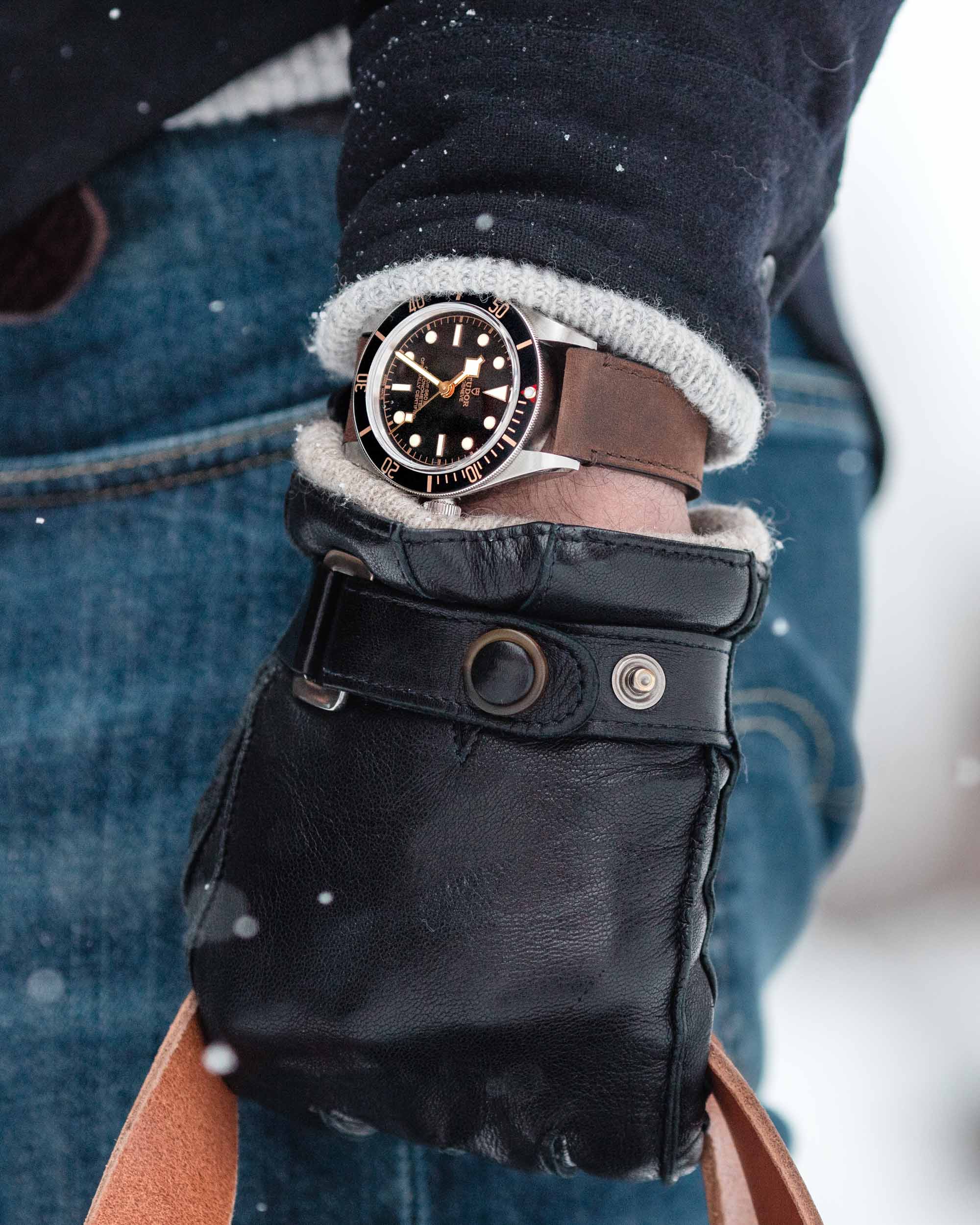 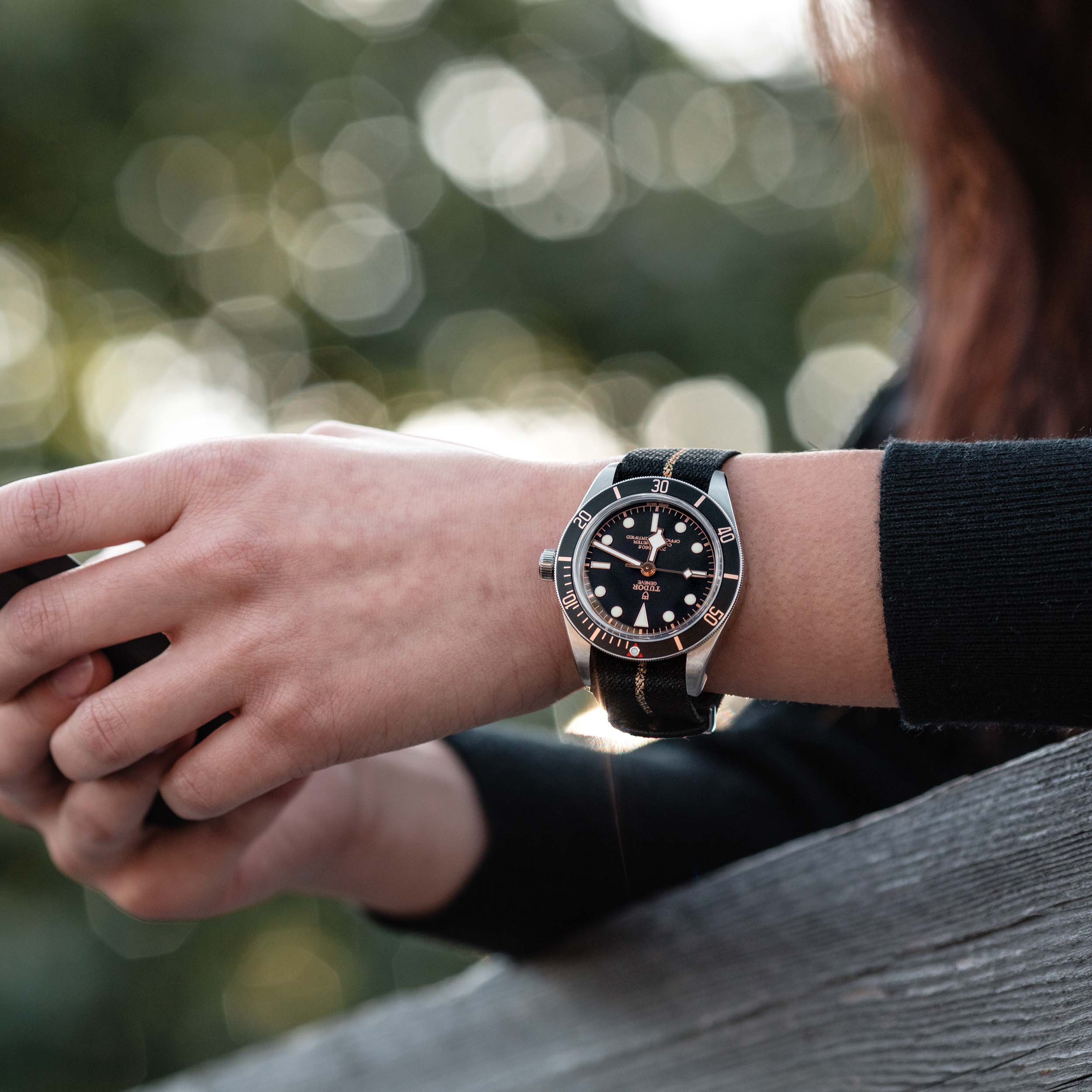 The ameliorated wearability was what enticed me the most about the Black Bay Fifty-Eight when I first read about it. In the consideration of a watch purchase, I always look at its wearability first and foremost. To me, a watch that is wearable and is proportionate to my wrist is infinitely better looking than a watch that is not, no matter how good looking that watch is. This philosophy can be strongly evident in my personal watch collecting journey, where better-wearing watches enjoy a much greater deal of longevity in my collection.

Strapping on the Black Bay Fifty-Eight for the first time on D-Day, all of my pent-up expectations for the watch was immediately met with zest. It is everything that I hoped for and the size is, in my opinion, perfect for a diver. Unlike aesthetic tastes that can change over time, wearability is a factor that is a constant. After having owned the Black Bay Fifty-Eight for an extended period of time now, it still remains ever so well-proportioned and wearable on my wrist. I am a strong advocate of the philosophy that you should wear the watch, and not let the watch wear you. The Black Bay Fifty-Eight’s streamlined form factor including its intricate and potent bevels just sing and look highly complementary to the wrist. 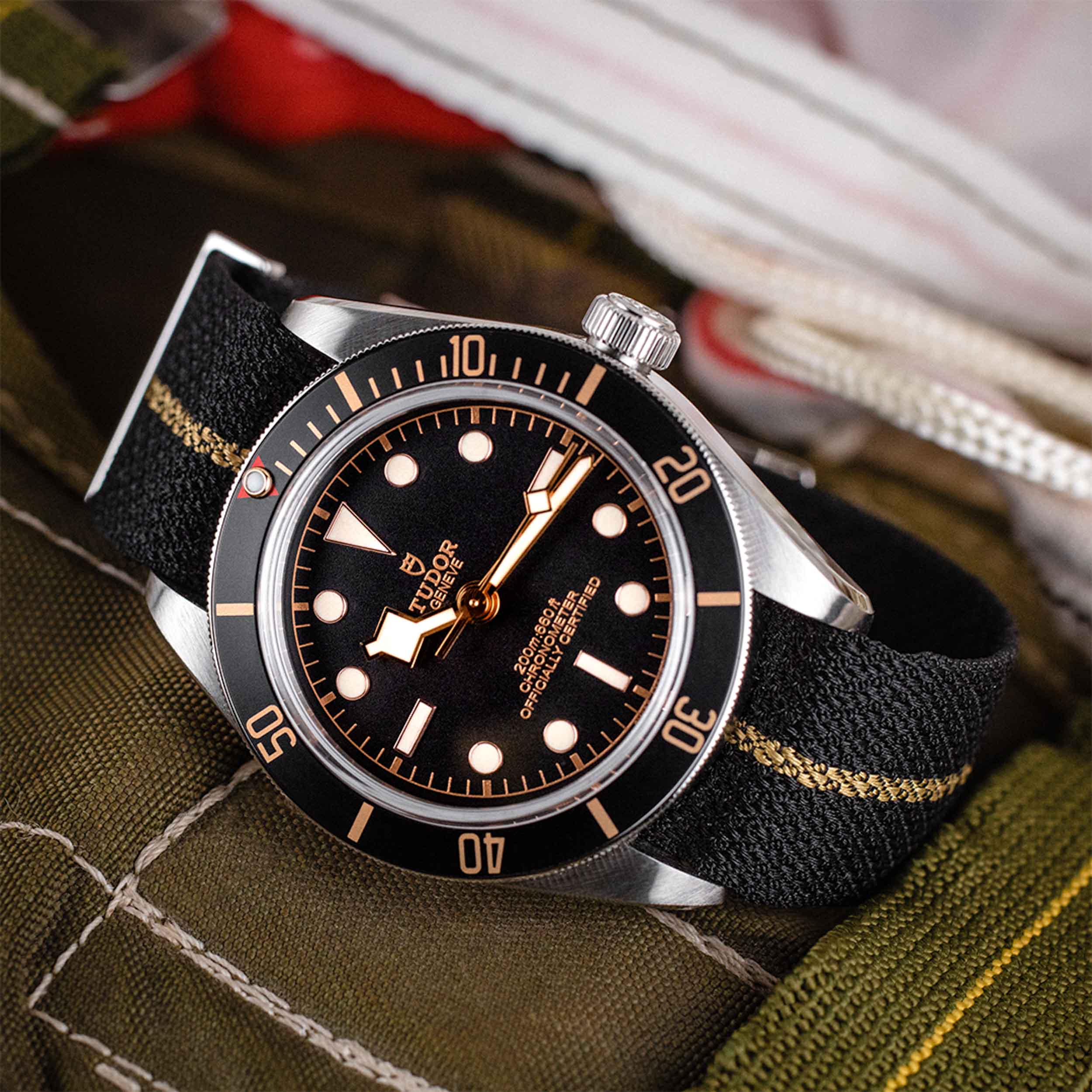 Speaking of erratic and malleable aesthetic preferences, something that I felt less enthusiastic about as the time goes by are the Rose Gold-graduated minute markings of the bezel. Initially, I loved the use of it as I felt that it matches with the Rose Gold accents on the dial and that they further elevate and accentuate the vintage experience. However, over time, I realised that I would have preferred the bezel’s minute markings to be silvered (as per the other Black Bays) so as to provide a greater contrast to the dial, as the Rose Gold markings on the bezel make the appearance of the watch as a whole to look quite even and monotonous throughout without much variability in colours. The use of silvered minute markings on the bezel would definitely command greater attention to the sensational warmness of the dial, which is the true highlight of the Black Bay. 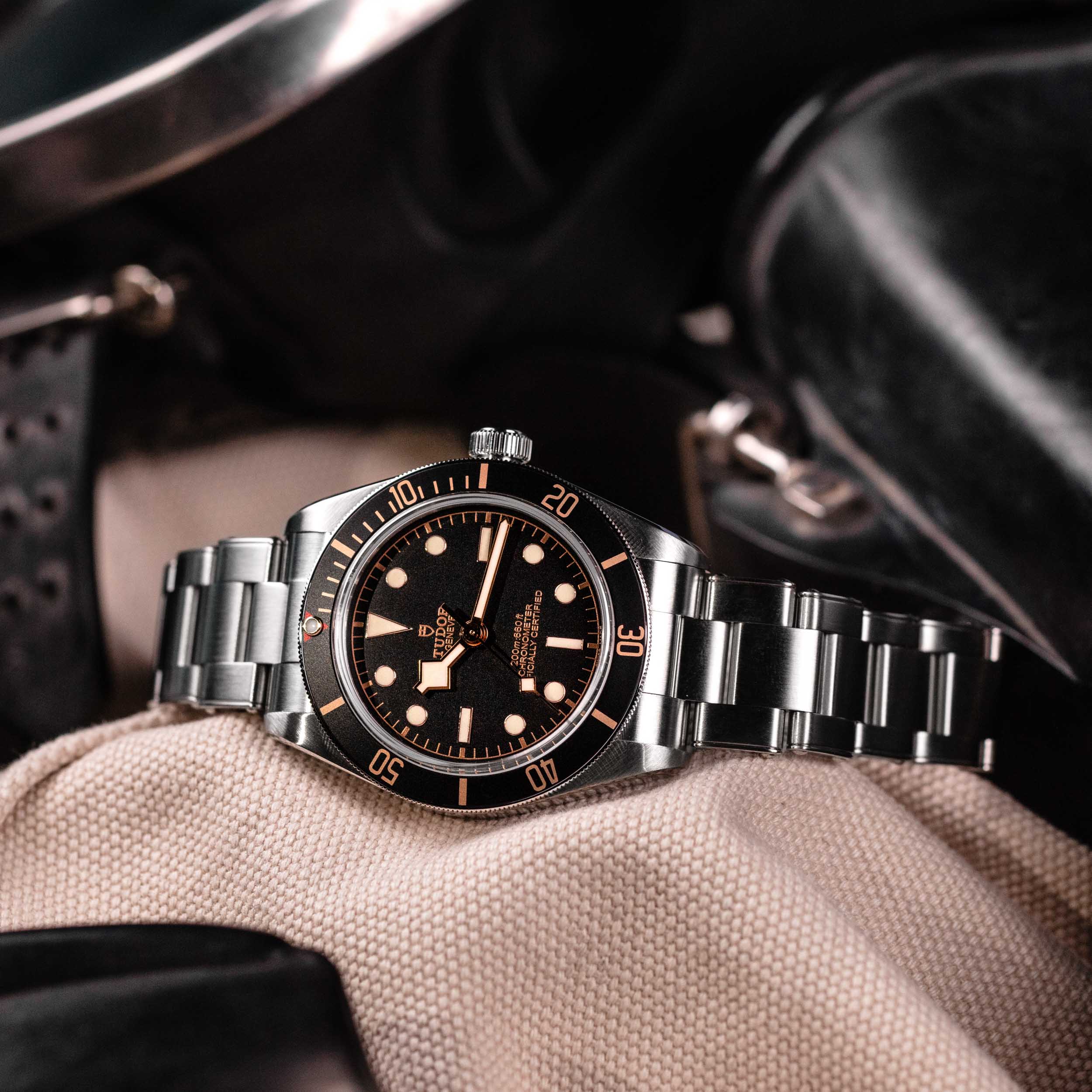 Despite the gripe, I still find the watch to be an incredibly versatile one. As someone who dresses in smart casual on a daily basis, the Black Bay Fifty-Eight never looks out of place especially when worn on its extremely comfortable and substantial riveted bracelet. When I dress down in bermudas or shorts, the Black Bay Fifty-Eight also looks right at home. The versatility of the watch is also further elevated when you consider the fact that it is a strap monster. I have equipped it with a wide variety of straps from leather, rubber and NATOs and it hosts them extremely well without looking awkward. Although the watch is a diver, I never use it for its intended purposes either. In fact, it never even touches water. The unidirectional timing bezel, which is pretty vestigial for underwater usage, has been utilised by myself numerous times for timing things from workouts to, funnily enough, cooking eggs and noodles. It has a lot more uses than given credit for. From using the bezel for countless amounts of time, I have also come to appreciate the auto-locking function where the bezel provides greater resistance of going past twelve once it has rotated for a full 360 degrees. This ensures that you do not over-rotate the bezel. This feature has not really been advertised but is something that is really cool and highlights the attention to detail of the watch. 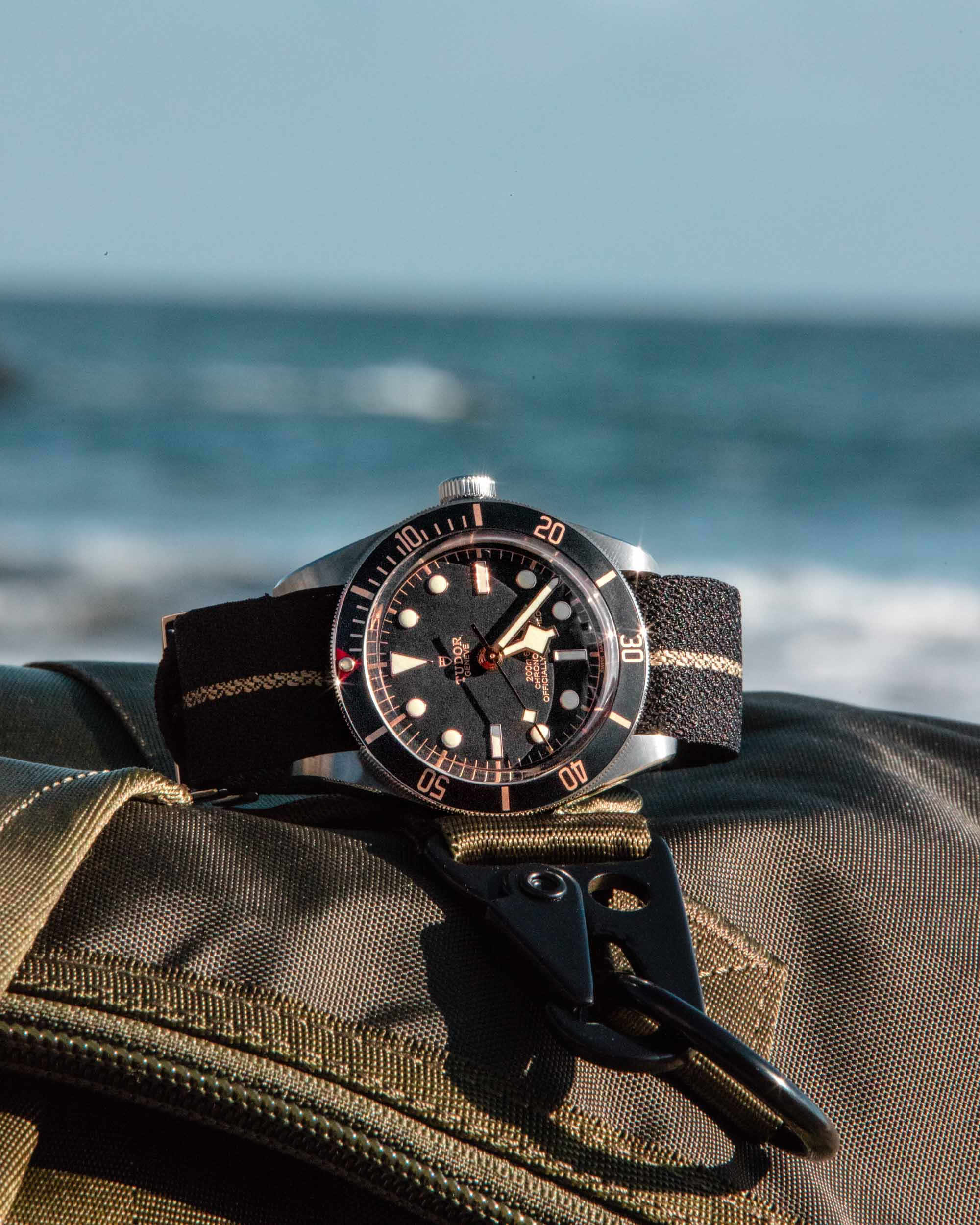 After wearing it in numerous settings and occasions, I discover that the watch looks best under direct sunlight, as the sun glistens majestically on the dial and helps to reflect every single granule of the deliciously-fleshy matte dial texture and spotlights the Rose Gold accents which further emphasises the warm tone of the dial. The height of the applied markers also shines through, boosting the three-dimensional appearance of the dial. The boldly-legible hands and the crisp and vibrant hour markers ensure effortless legibility. The generous application of lume makes the watch very ideal for nightwear as well. My friends never fail to be mesmerised by the glaring luminescence whenever I step indoors after having spent some time outdoors. 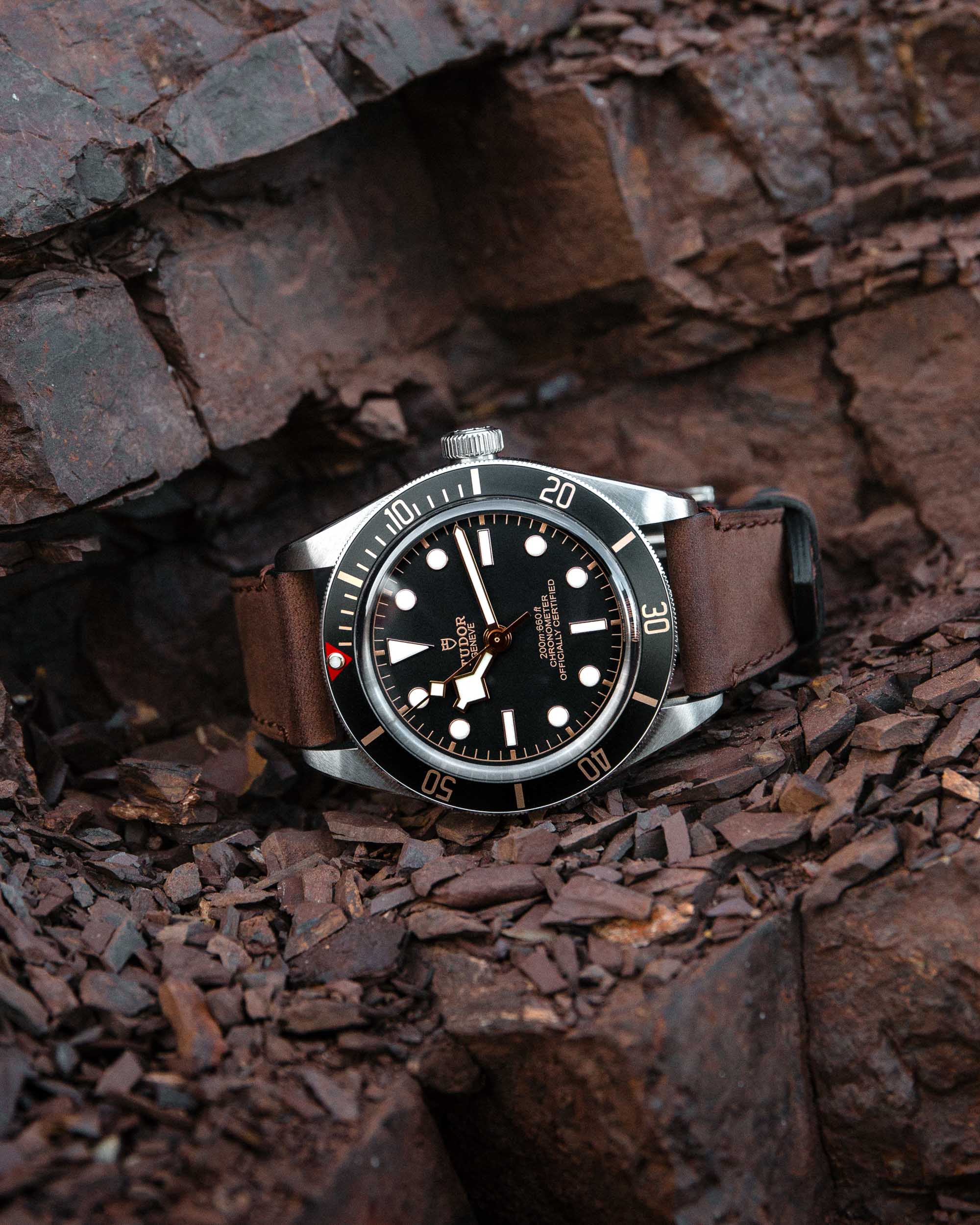 Perhaps something that Tudor can improve on the Black Bay Fifty-Eight – extending to the other Black Bays as well – is to include a bracelet clasp with greater adjustability such as the Glidelock Clasp of its cousin, the Rolex Submariner, or even a smaller version of the auto-adjustable spring mechanism that is utilised by its bigger brother, the Tudor Pelagos. Although the current clasp has micro-adjustability, the bracelet can sometimes feel like it is in between sizes especially when the weather or climate fluctuates often. When it is sweltering and the wrist expands, the watch will feel slightly tight and uncomfortable on the wrist as per my experience. Having an extra on-the-fly adjustment option would definitely be of great convenience.

Ultimately, it is impressive that Tudor has managed to create a watch that feels entirely different to the other Black Bays with the Black Bay Fifty-Eight, despite it looking almost aesthetically similar and with some tweaks to its case. One glance at the Black Bay Fifty-Eight and you will be instantly reminded of Divers of decades past while the bigger Black Bays will remind you of more contemporary watches. Both serve a different market with varied tastes and preferences in terms of how they want their watch to wear and look, which is not a bad thing at all. As someone who prefers divers and watches with smaller proportions but still modern, the Black Bay Fifty-Eight is like a dream come true as I get to enjoy the aesthetic appeal of a vintage diver without having to worry about any technical faults that are associated with vintage watches thanks to its more modern, solid and advanced construction. Wearing it today brings me the same gratification as the day when I first got it. I can proudly say that the Black Bay Fifty-Eight triumphs over the challenge of time and I am very excited to see if Tudor will tap into its abundant potential and offer different variations of the Black Bay Fifty-Eight.