Time To Fall In – Military Watches

Many of the most important wristwatches of today – and of the last century, for that matter – would not exist in their present form, or at all, had it not been for special military requirements. Some of the finest dive watches and pilot’s watches on the market today were refined, redesigned and improved, thanks to the collaboration between soldiers, engineers and watchmakers. Let’s see four impressive modern iterations of some iconic military inspired timepieces.

The IWC Big Pilot’s Watch is one of the most iconic military-inspired timepieces ever made. Based on Second World War German airforce navigator’s watches, the Big Pilot is instantly recognizable. Even though pilot’s watch remakes have been all the rage with so many major Swiss brands, the Big Pilot still stands out.

IWC’s history with aviator’s watches is a long one: the company designed and manufactured its first pilot’s watch back in 1936, shortly before it began supplying wristwatches for pilots on both the Allied and Axis sides of the Second World War.

The modern IWC pilot’s watch is more than a watch with extensive history; it is a modern icon of an unquestionably masculine design. 2016 is the year of the Pilot’s Watch for IWC and with good reason: IWC introduced several new versions of the Big Pilot’s Watch, ranging from the traditional black to a cool blue. 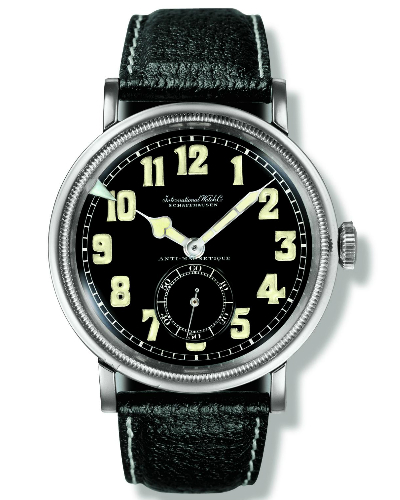 IWC designed and manufactured its first pilot’s watch back in 1936.

Speaking of reliable timepieces designed for the German military, the latest and hottest story comes from a brand that only insiders would expect to pull off such a feat: Sinn. This highly specialized Frankfurt-based watch brand has been making its mark as a manufacturer of remarkably durable and functional timepieces, and in June 2016 Sinn became the supplier of a diving wristwatches to the German Navy’s elite commando frogmen, or kampfschwimmer.

The Sinn UX S Kampfschwimmer is everything a modern military timepiece needs to be. Perfectly legible thanks to a high contrast dial, discreet with its combination of black and red on the case and dials, and extremely rugged with an accurate quartz movement and a water resistance of 5,000 meters. While the military-specific version will not be available to the public, the civilian equivalent that is essentially identical the Sinn UX S (EZM 2B) can be had by desk warriors. 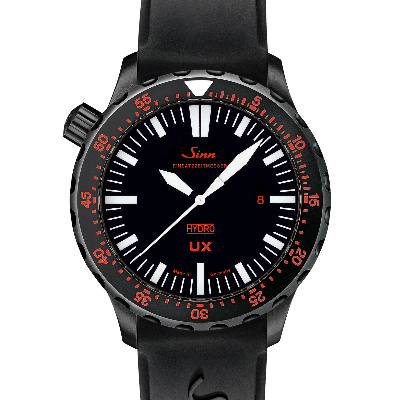 To stay with all-black, stealthy dive watches, next up is the Tudor Heritage Black Bay Dark. A new addition to the already extremely successful Heritage Black Bay family, the matte, black-coated dive watch is heavily inspired by Tudor’s history. The shape, domed dial and crystal are modelled on the first Tudor diving watches from the 1950s. The massive, easy-to-use “Big Crown” is from the famous 7924 reference of 1958, while the characteristic “snowflake” hands are derived from the Tudor watches supplied to the French navy in the 1970s. Equipped with the new, MT5602 manufacture movement, the all-black Tudor Black Bay is as under-the-radar, as it is on map, for military watch enthusiasts.

A new addition to the Heritage Black Bay family, this diver’s watch in matt black steel draws its characteristic elements from Tudor’s history.

The Breitling Chronomat has been around for what feels like ages, really. Conceived in the 1980s as a pilot’s watch, the modern Chronomat remains one of the most solid, unique, and powerful-looking sports chronographs ever designed. Unsurprisingly, the Chronomat was the choice of several air force units, including the Frecce Tricolori, the Italian air force’s aerobatic team.

The original has since evolved into the Chronomat GMT, fitted with the Breitling B04 in-house calibre. The Chronomat GMT is available in a variety of case materials, either at 44mm or 47mm in diameter, along with a range of colorful dials, as well as numerous bracelet, leather and rubber strap options. Arguably the most mil-spec version is the Chronomat GMT Blacksteel, equipped with a matte carbon-coated case. 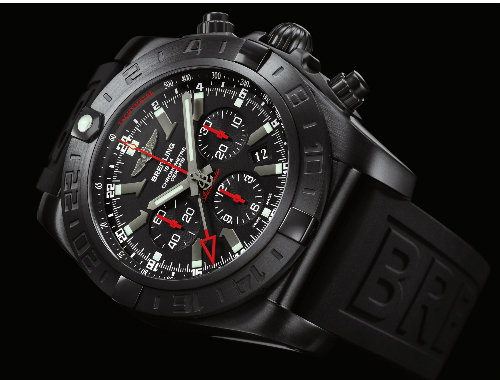 While there still remain more than a handful of impressive, military inspired timepieces to be discussed, any one (in fact, all!) of these four deserve your consideration as they are some of the hottest, newest, and indeed most relevant military inspired watches on the market today.