The pilot chronograph 103 Ti Ar from Sinn serves as proof of how first-class technology and functional design unite to produce a classic. 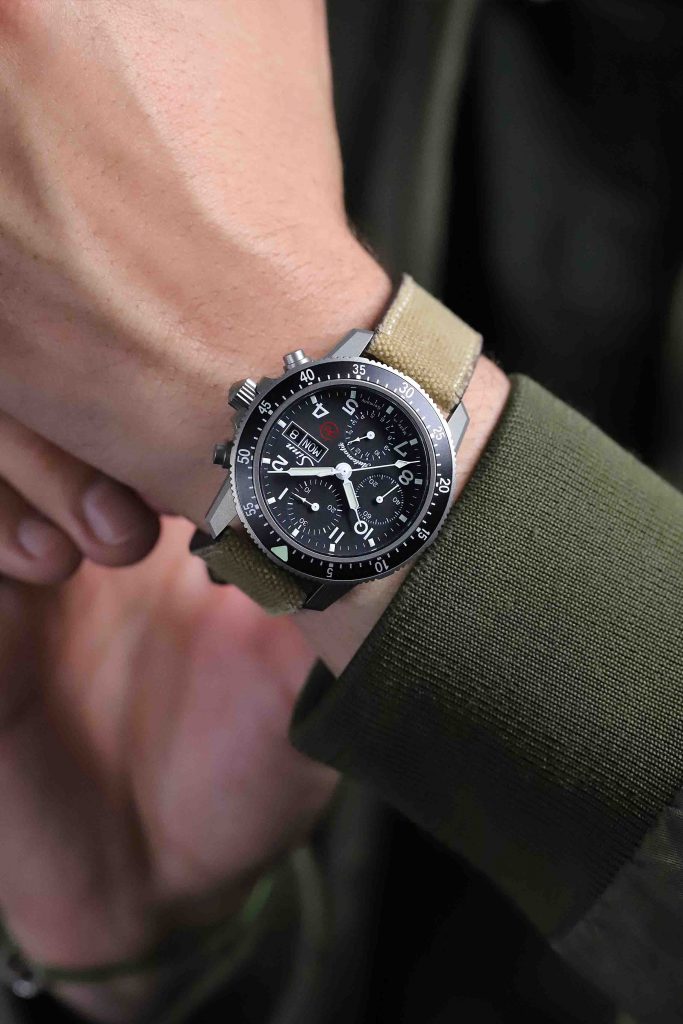 Sinn looked to its company heritage for inspiration. The brand was founded in 1961 by Helmut Sinn, a former WWII pilot and an instructor for blind flight. Among the first timepieces made by the company were professional pilot chronographs and aircraft cockpit clocks. Naturally, Sinn has tapped into this heritage in the design of this 103 Ti Ar pilot chronograph.

The matt black dial provides the perfect backdrop for the dial. Covered by the anti-reflective sapphire class, the numbers, indices, and hands are coated with luminescent colour, ensuring legibility in all light. Discover: How Sinn became the Timekeeper for Professionals

Sinn has developed specific technology to combat the issue of humidity inside the watch. Water is always present atmosphere in gaseous form, and it can penetrate the seal systems of a watch case. Temperature changes then cause microcondensation, causing water to collect in liquid form on exposed parts of the movement. This can result in corrosion, increased wear and friction of moving parts, and lead to the watch running inaccurately.

To resolve this, Sinn’s engineers developed the Ar-Dehumidifying Technology. It is based on three technical elements: a drying capsule, EDR seals, and a protective gas filling. The drying capsules absorbs moisture from air inside the case. As water content rises, the indicator that can be seen from the viewing window on the case becomes more blue, showing when a replacement capsule is required. Together with the EDR seals and the protective gas filling, this ensures minimal infiltration of moisture by limiting the exchange of air from the atmosphere with air inside the case after assembly. Discover the Sinn 103 Ti Ar Pilot Chronograph and more from Sinn Spezialuhren at select Watches of Switzerland boutiques in Singapore.