Thanks to the success of their first edition, the pool of watch brands that had united their forces in 2020 are staging the 2nd edition of Geneva Watch Days later this month. Scheduled around the same dates as last year – from August 30th to September 3rd – it will bring together more than 20 brands representing the art of horology in various hotels, watch manufactures and boutiques in the heart of Geneva.

A Week of New Watch Releases

The Hour Glass is proud to echo this event in South East Asia and will be holding digital press conferences with watch media and journalists during the week to present the latest releases from a selection of our exclusive brands: De Bethune, Girard-Perregaux, Louis Erard, MB&F, Ulysse Nardin and URWERK. 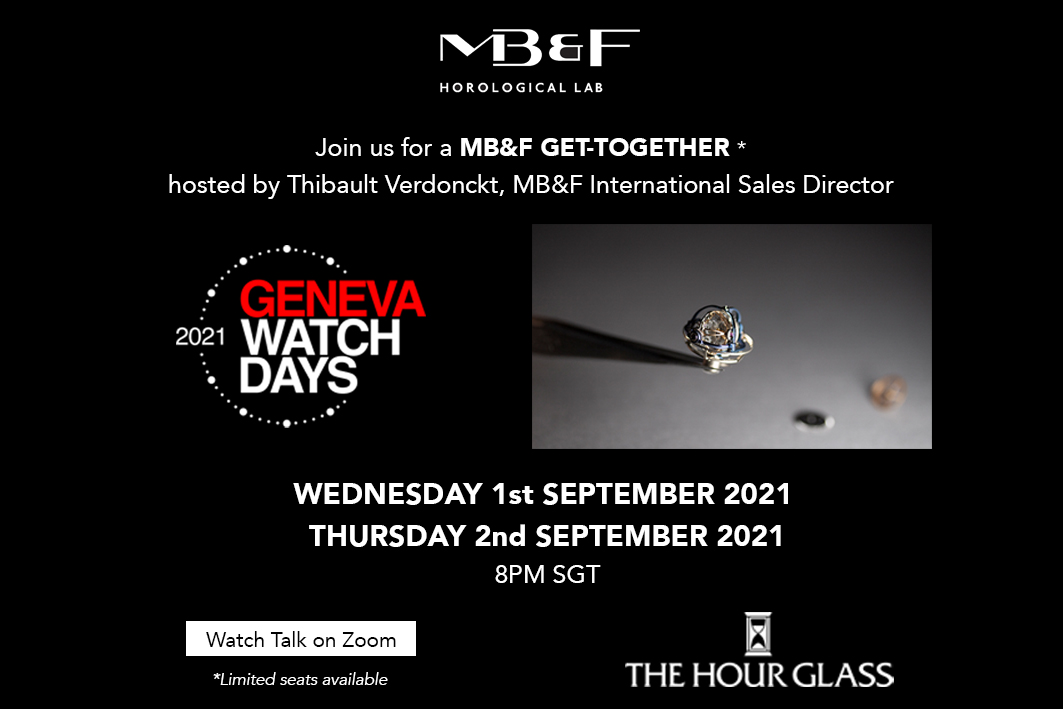 After decades conforming to the rules of corporate watchmaking, Maximilian Büsser broke the chains and started a rebellion in 2005; a rebellion called MB&F – Maximilian Büsser & Friends. MB&F is an artistic concept laboratory based around a simple idea: to assemble collectives of independent watchmaking professionals to develop radical watches – Horological or Legacy Machines. By nurturing teams of talented individuals, harnessing their passion and creativity and crediting each person’s essential role, MB&F uses their synergy to become much greater than the sum of its parts. Respecting tradition, but never constrained by it, we reinterpret traditional, high-quality watchmaking into three-dimensional kinetic sculptures.

Discover our mini-documentary on Maximilian Büsser below:

“At MB&F we live as artists and an artist doesn’t have plans, trajectories or objectives. I don’t think he should. I think an artist should let himself be free and wake up tomorrow morning and have a different idea. All I know is that, when it feels right, it is right.”

In tandem with Geneva Watch Days 2021, we’ll be hosting a virtual MB&F Get-Together (GTG) with Thibault Verdonckt, International Sales Director of MB&F. From 8pm SGT onwards, Thibault will moderate a discussion on Maximilian Büsser’s artistic vision, MB&F’s collection and what we can expect from the Swiss watchmaker in the future.

Registration for the MB&F get-together is now closed. Thank you for your interest.