In 2006 Hublot became the very first luxury watch brand to enter the football world as a sponsor. Naturally, they chose the Swiss football team and the brand’s relationship with the sport has grown stronger and stronger ever since.

From becoming the official timekeeper for several events under the FIFA World Cup and UEFA EURO (amongst others) to acquiring several superstars from the sport as its ambassadors, Hublot’s love of football has formed a strong bond between the brand and game. Partnership with the UEFA

Hublot has been involved with the UEFA Champions League for the past three years, and 2018 saw the reveal of the new “Official Licensed Watch” for the league. The Classic Fusion Chronograph ‘Only Blue’ model was designed to promote the iconic colour of the competition and featured the standard 45mm case in satin-finished and polished blue ceramic. Complete with an alligator leather strap, also in blue with white top stitching and the competition’s logo (the famous star ball) the piece was every watch-loving football fans dream come true. The UEFA Champions League logo was also featured on the case back to further mark the strong relationship between the league and brand. Considering how much Hublot loves football, it makes sense that any year that marks a World Cup would be a big deal for the brand, and 2018 was no exception. Already well established with FIFA, Hublot decided to open a new boutique in St Petersburg to celebrate the competition’s hosting in Russia. The brand also made sure they were present on the wrists of the referees with the Big Bang Referee watch which features goal-line technology connected to a video assistant referee system. The watch announced all games 15 minutes prior to kick-off and vibrated whenever a goal was scored, displaying the text “GOAL” across the screen. The unique edition titanium smartwatch was limited to 2018 pieces in a 49mm case marking the first Hublot model to be connected to digital intelligence. The Big Bang provides several other notifications including yellow and red cards and player changes. During the match, the watch would also offer match statistics and the match time. This delve into the digital world expands the capabilities of Hublot, offering 32 dials and being available in analogue or digital versions. It also features the “One Click” strap with each piece coming with the cuff strap and a black lined natural rubber strap.

Prior to its release to the public, The Big Bang Referee was tested by the referees of the FIFA Confederations Cup in 2017 to ensure that its many downloadable applications (which are compatible with all phones using Android 4.4 and above or iOS 9 and above) was ready for consumption by the masses. Throughout the year, Hublot held several Matches of Friendship, a game which brings together legends from the world of football as well as other sporting heroes for a game in the name of fun. The matches always begin with the two teams exchanging pennants to symbolise a competition held under the banner of friendship. The events also feature a half-time, freestyle football demonstration and a pre-match demonstration of new Hublot releases. The first match, held in anticipation of the World Cup featured stars such as Usain Bolt, playing his first game of football, Diego Maradona and José Mourinho.

Throughout the year, Hublot also held various charity matches in a similar vein to the Matches of Friendship to support a variety of causes. The first of these charity matches was ‘The Match for Solidarity’ featuring Luís Figo and Ronaldinho as team captains. The game was in support of the UEFA Foundation for Children with the aim of reducing inequality, in line with the sustainable development objectives set out by the UN. The second charity match took place in Manchester titled ‘The Soccer Aid for Unicef Match’ which once again featured Usain Bolt. The game was set to raise money for children at risk across the world with over £24 million being raised through ticket sales and donations alone before the players even took the field. 2018 marked a new addition to the Hublot ambassador family from the world of football. Kylian Mbappé was welcomed to Hublot by Pelé who has been part of the Hublot family for many years. Mbappé, who is considered the world’s most expensive player, had a fantastic year, becoming the youngest French player to score at a World Cup. Suitably enough this also made him the second teenager to score in a World Cup Final, after Pelé. 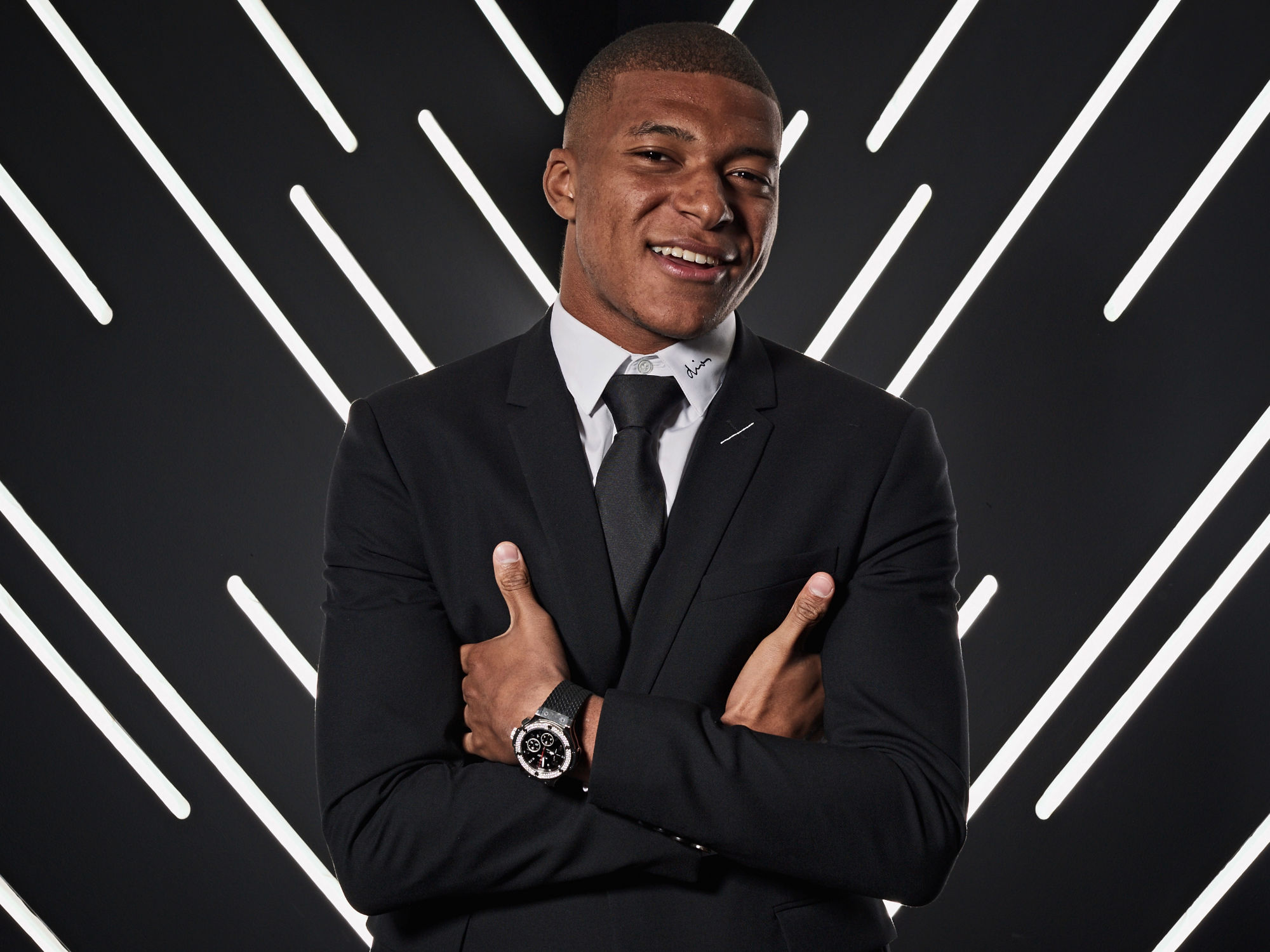 Hublot also pulled together the star power of its football ambassadors this year for a visual campaign featuring players, coaches, and legends including the likes of Pelé, Diego Maradona, and coach José Mourinho to share inspirational messages communicating the worth of the individual.