2016: TAG Heuer introduces the world’s most affordable automatic chronograph tourbillon. I use the ‘affordable’ with a degree of trepidation because at CHF 15,000 it’s not cheap, it is relatively affordable though. And that’s something worth celebrating, for fans of complications.

TAG Heuer has been quite instrumental in the democratizing complications, from chronographs to the more notoriously expensive tourbillions.

Slight tangent here, but seeing as we’ve got a TAG Heuer Aston Martin Pop-Up Exhibition (Running from the 12th to the 25th of March), now seems as good a time as ever to talk about how TAG Heuer has gone about introducing complicated watches. Today we’ll kick this off by looking at the TAG Heuer Carrera ‘Tête de Vipère’ Chronograph Tourbillon Chronometer (aka the TAG Heuer Carrera H02T). 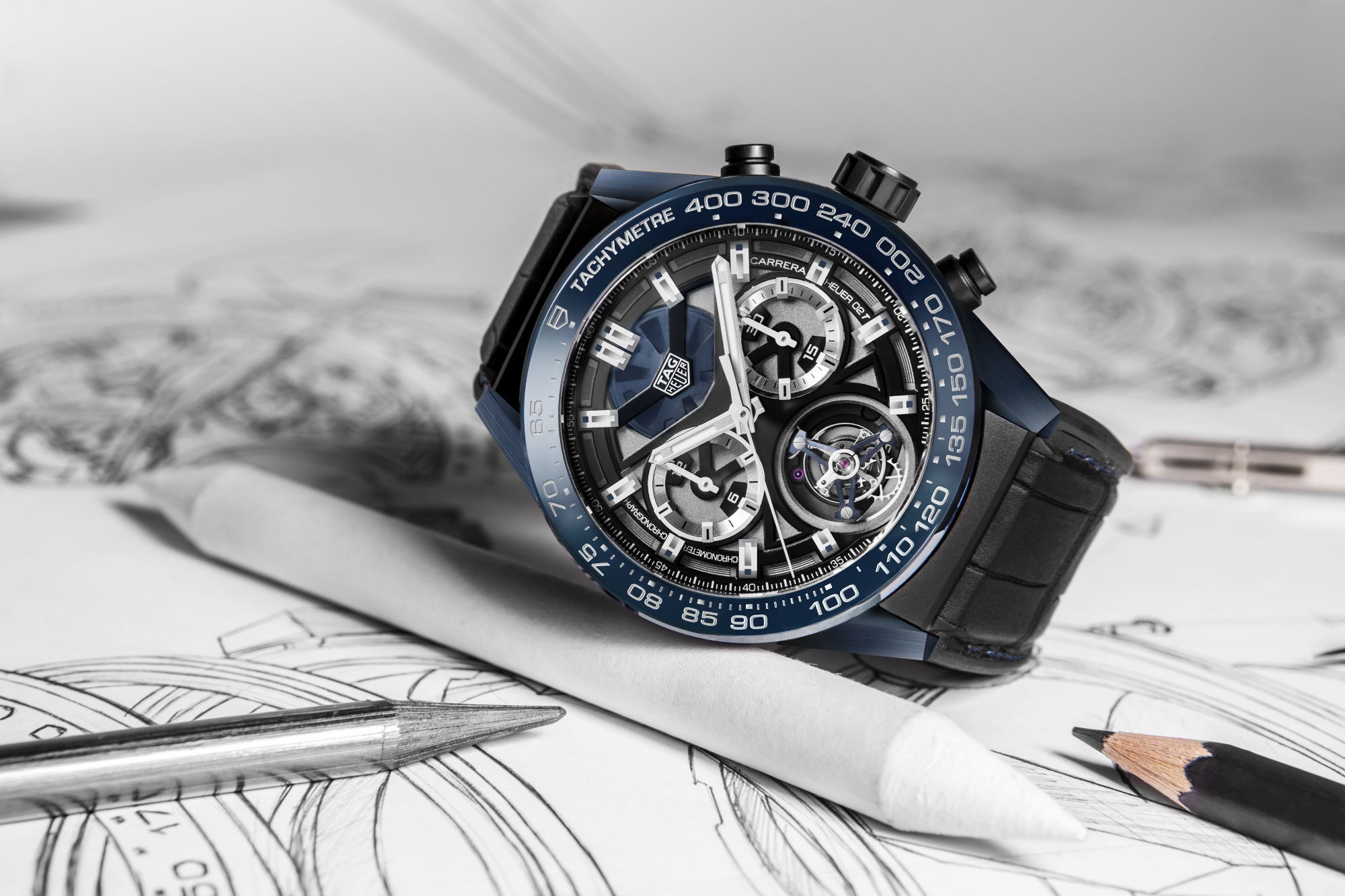 Aesthetics aside, the main difference between the Carrera ‘Tête de Vipère’ and the Tourbillon Chronograph 02T introduced in 2016, is that the former is Besançon Observatory certified (the later being COSC-Certified). Yes, there’s a slight price bump. But it’s justifiable when you consider that the Observatory only certifies 100 watches a year.

As Cameron so succinctly put it in an earlier article: “Pieces submitted to the Besançon observatory must all undergo the exact same stringent testing as all other chronometer rated watches – according to the ISO 3159 international standard. However, the French observatory requires one small (but not insignificant) difference – all movements must be cased and the watch presented in its final form.” It is the only certification process that tests the accuracy of the movement housed in the watch. It’s like testing a car engine inside a car, rather than on a block. The underlying justification is that this is how the watch is used, so this is how it should be tested. Since 2006, only 500 watches have received the Tête de Vipère (Vipers head motif indicating the watch is Besançon certified). 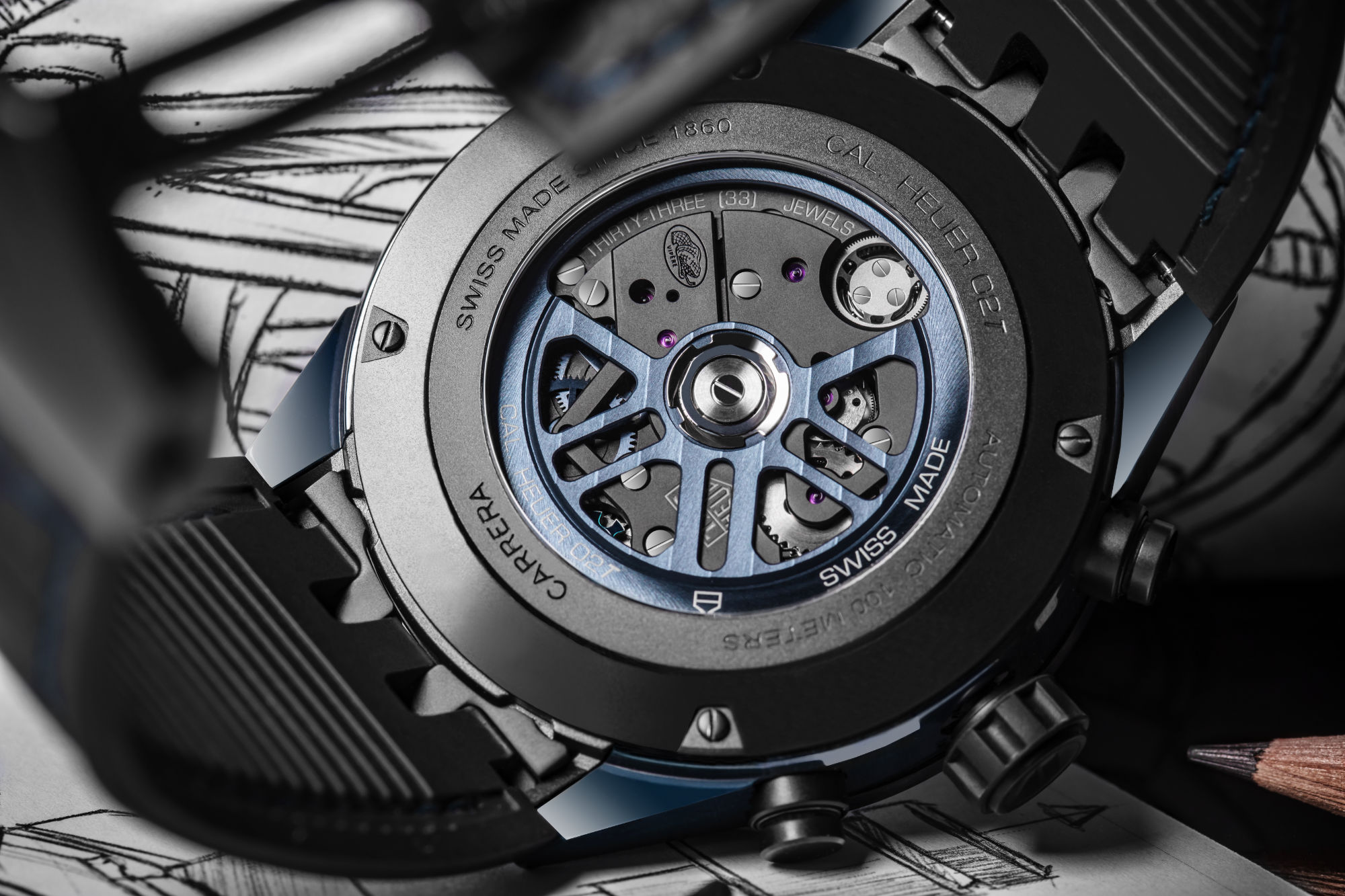 On the dial, rhodium-plated chronograph sub-registers (at the 3 o’clock and 9 o’clock) flank the tourbillon at the 6 o’clock position. Hour markers and hands are also rhodium-plated, coated with blue and black SuperLuminova™ respectively.

It’s 45 mm blue ceramic case, lugs and bezel (with a tachometer scale) offset the steel chronograph push-buttons with PVD coating at 2 o’clock and 4 o’clock as well as the steel PVD coated crown. Legibility is further enhanced thanks to the anti-reflective-coated domed sapphire.

The TAG Heuer Carrera ‘Tête de Vipère’ Chronograph Tourbillon Chronometer (aka the TAG Heuer Carrera H02T) is a watch that’s as feature-rich as its name implies. Besançon- certified watches are far are few between, combine that with a tourbillon, a chronograph a ceramic case and you have a hell of a lot of watch for the price. Throw in 100 metres water-resistance and TAG’s distinct auto-aesthetic and you’ve got an excellent everyday watch.