To celebrate the 10th anniversary of the first Legacy Machine, MB&F launched the LMX in red gold and titanium versions. The celebrations continue with the latest addition in steel and brass. 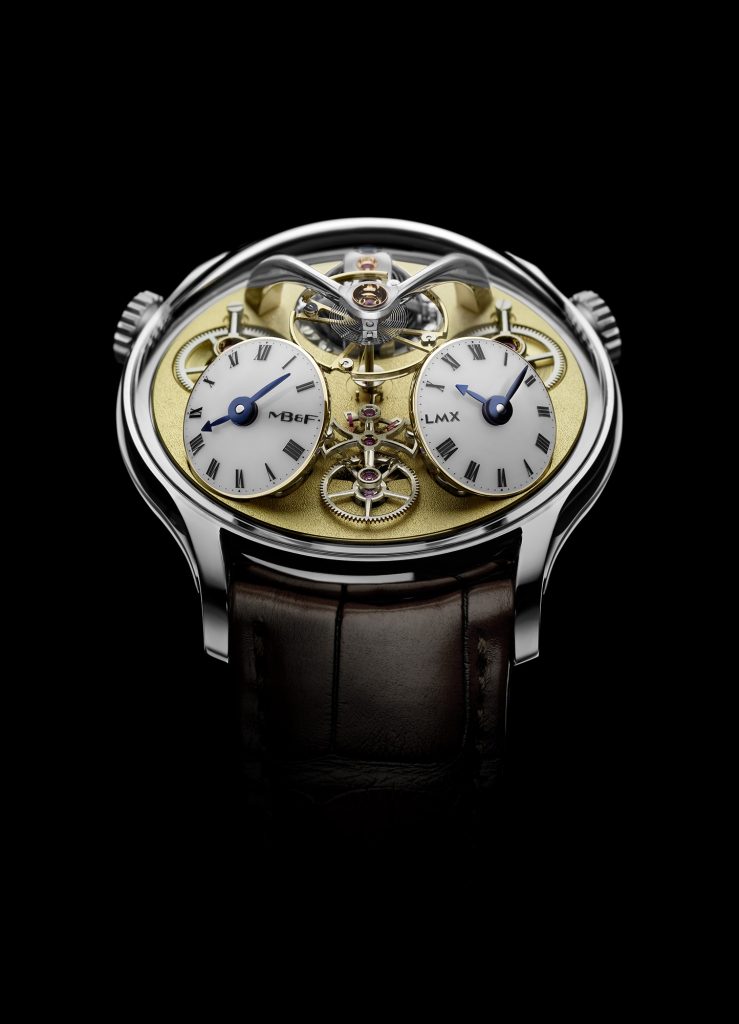 A Decade of Legacy Machines

In October 2011, MB&F launched the first Legacy Machine. Where the Horological Machines that looked to the future, the Legacy Machines imagined what MB&F would have created a century ago, during the golden age of watchmaking. The white lacquered dials, blued hands, and round case of the LM1 follow the design conventions of traditional watchmaking. The watch would go on to win two awards at the 2012 Grand Prix d’Horlogerie de Genève (Best Men’s Watch and the Public Prize). Along with the domed sapphire and a hallucinatory “flying” balance wheel, these would form the leitmotiv of the Legacy Machine collection. In the decade that followed, eight calibres were added to the Legacy Machine collection, winning two more Grand Prix d’Horlogerie de Genève prizes.

In 2021, MB&F celebrated the ten-year anniversary of the Legacy Machine collection with the LMX. This sixth engine fully conceived by MB&F’s in-house engineering team would add to the collection of accolades, winning Best Men’s Complication in the 2021 Grand Prix d’Horlogerie de Genève. 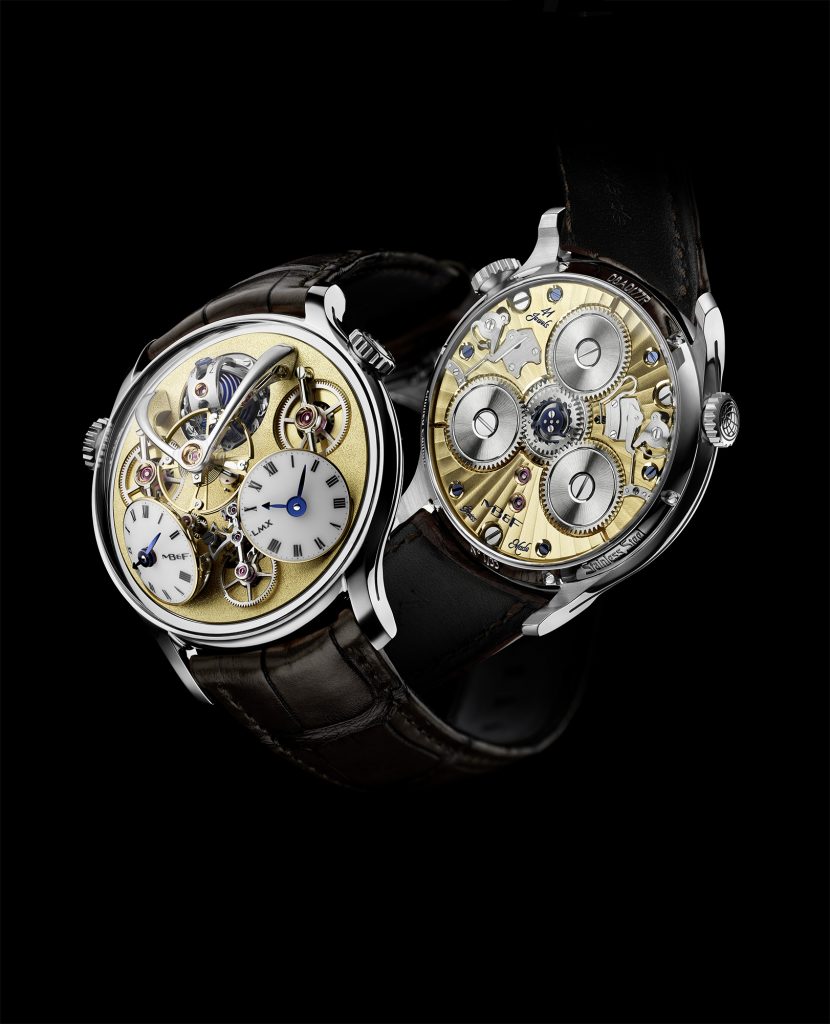 Read our profile of Maxmilian Büsser on The Persistence of Memory

The LMX draws on its predecessors in both design and technical engineering. Like the LM1, two dials of stretched white lacquer display two independent time zones, set by two separate crowns. The inclined dials draw on technical knowledge from LM FlyingT and LM Thunderdome and use conical gears to transfer energy from horizontal to vertical planes. 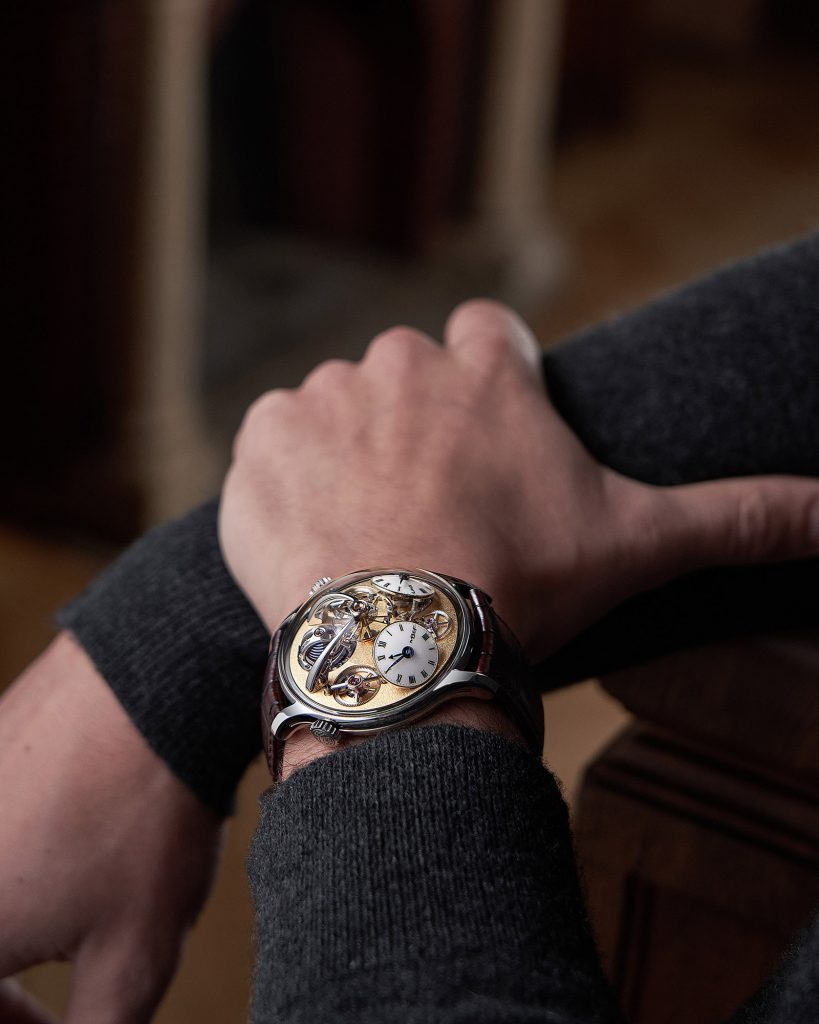 Like other later Legacy Machines, the LMX does not hide its mechanical prowess. Beneath the sapphire crystal dome, the 13.4mm bespoke balance wheel with inertia blocks float above the rest of the movement, suspended from the V-shaped arched bridge. The battle-axe shaped escapement bridge and gear-train components are in plain sight. The exposed arms of the straight bridges have been manually finished to give a bercé, or curved profile to their upper surfaces. 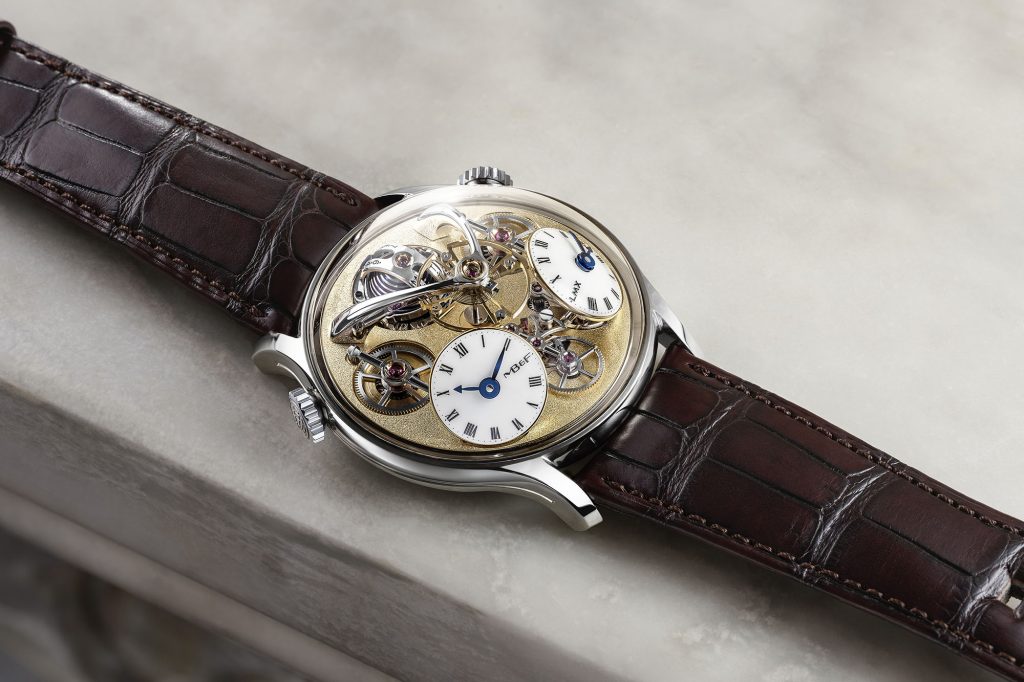 This newest edition of the LMX features a 316L stainless steel case with a frosted brass dial. It comes with a brown hand-stitched alligator strap with a folding stainless steel buckle and is limited to 33 pieces.