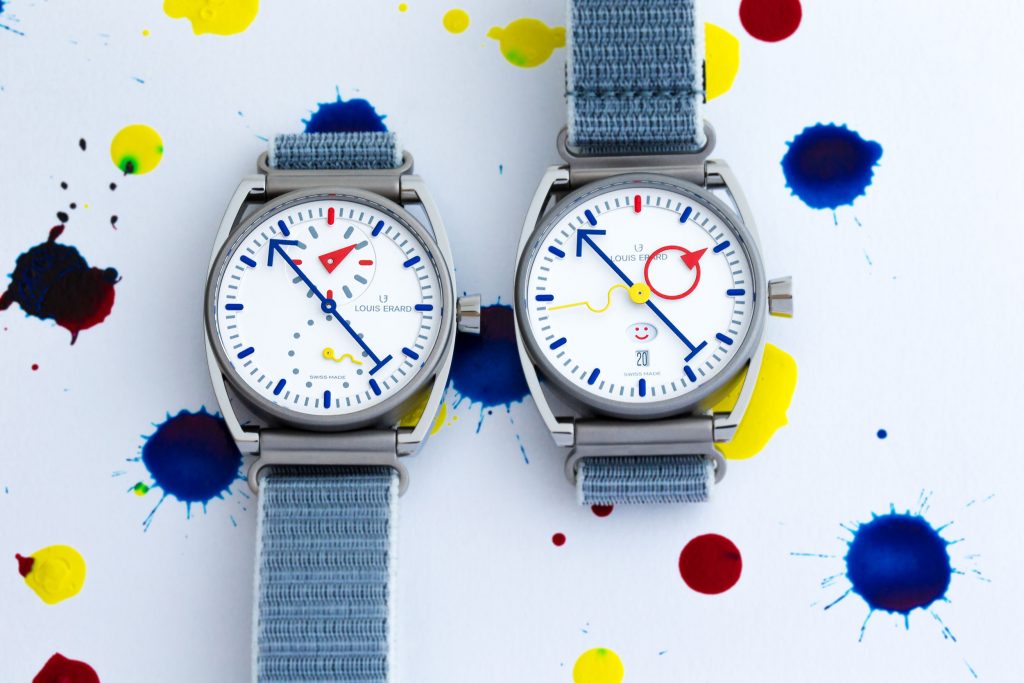 Louis Erard partners with Alain Silberstein once again. This time, the fusion of these two worlds sees the birth of a diptych of mechanical variations. First, a regulator, an original complication from Louis Erard. The second, a Smiley weekly calendar, where every day has its own face, mood, and humour. The regulator was the object of the first collaboration between Louis Erard and Alain Silberstein in 2019, and revisited in the triptych released in 2021. As the name suggests, Le Régulateur Louis Erard x Alain Silberstein Blanc sports an opaline matt silver dial that appears almost white. Time is displayed in the same way as the 2021 triptych version, with hours in a sub-dial on top at 12 o’clock, minutes from the centre, and the seconds subdial at 6 o’clock. The colourful hands in yellow, red, and blue lacquer retain the signature Silberstein look. Inside, the automatic winding élaboré grade Sellita SW266-1, with a frequency of 28,800vph and 38 hours power reserve, powers the watch. 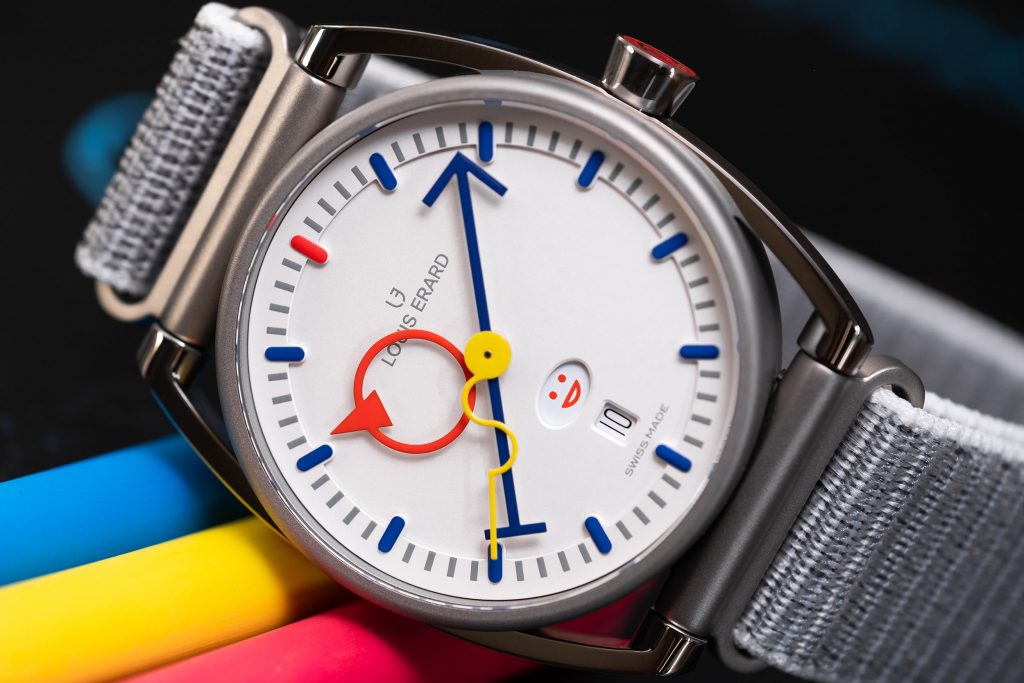 The humorous weekly calendar makes a return in La Semaine Louis Erard x Alain Silberstein Blanche. Geometric shapes and primary colours are on full display. The red, blue, and yellow hands indicate hours, minutes, and seconds respectively. The track on the circumference has a red 12 o’clock index, blue hour indices, and grey markers in between. Above the date window is the smiley face weekly indicator. From grumpy on Monday to grinning on Sunday, the Silberstein humour is simply unmissable. Powering the watch is the Sellita SW220-1 automatic movement with 38 hours power reserve. Like its triptych predecessor, the diptych feature a 40mm titanium case is composed of a microblasted tubular container, fixed on polished vertical “bracard” sidebars. The transparent caseback showcases the special open-worked oscillating weight with the Louis Erard symbol in black lacquer. It is water resistant up to 10 bars.

Each creation is a limited edition of 178 watches.