We know that watches have faces – our horological preferences are often based on them. But what if your watch’s face was animated by more than just its ticking hands? Dutch artist Maarten Baas imagines what it would look like if these hands were attached to arms and if a watch’s face meant eyes and mouths rather than enamel and metal. 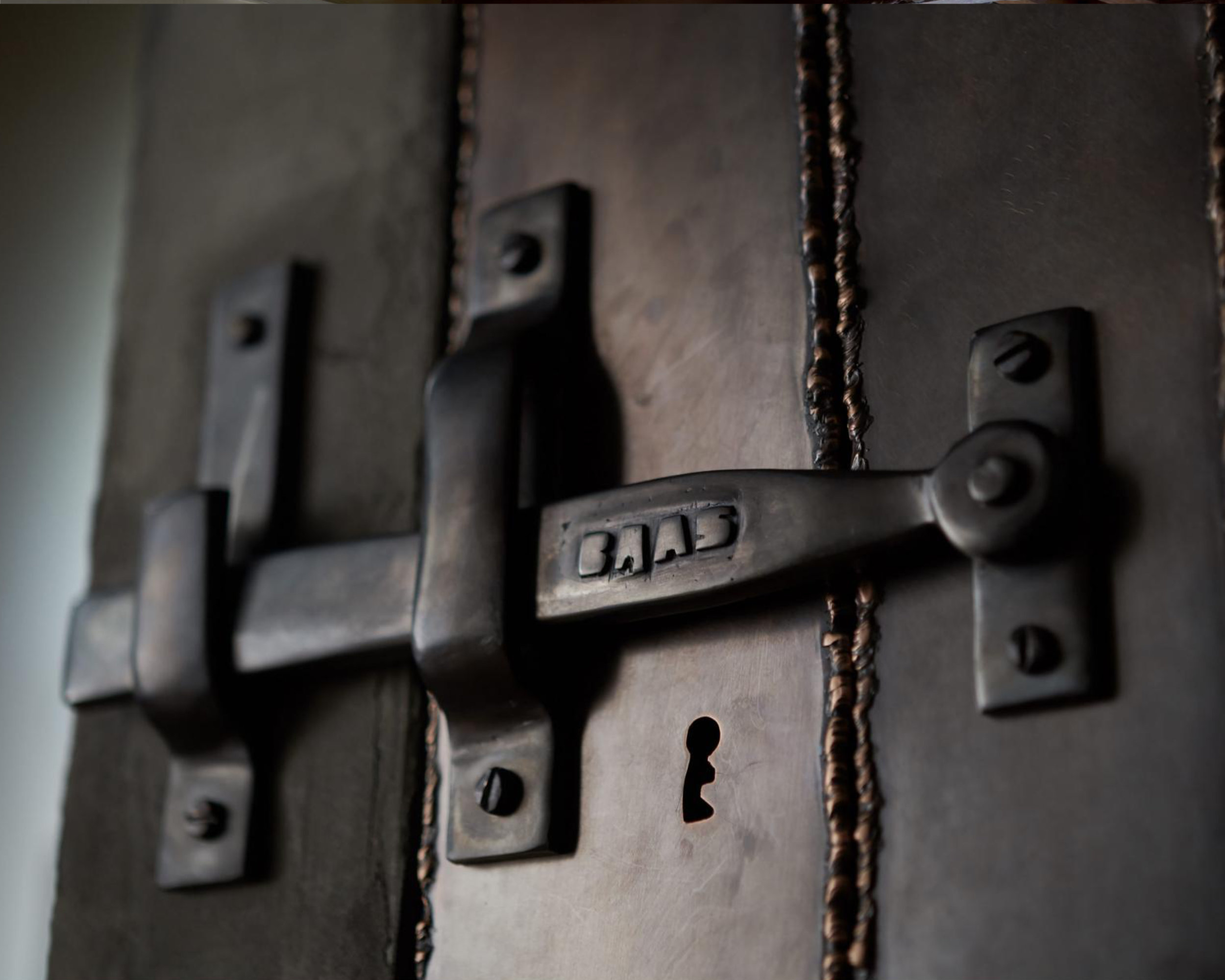 Mary Shelley’s Frankenstein shocked readers when it was first published in 1818. In it, Dr. Victor Frankenstein creates a life from spare body parts – he creates a ‘man’ that is quickly labelled a ‘monster.’ Dr. Frankenstein does not take responsibility for his creation and chaos ensues. Written in the midst of the burgeoning Industrial Revolution, Mary Shelley’s seminal novel reflects on the capabilities of technology and science, the consequences of god-playing and ethical responsibility.

Maarten Baas’ clocks may be a matter less dire than Frankenstein’s monster, but they do evoke that same sense of the familiar becoming unfamiliar – a new, unrecognisable life created from recognisable parts.

Dramatics aside, Maarten Baas plays with the ‘how’ of design, rethinking and challenging our expectations of the objects that surround us. Baas was trained at the Design School Eindhoven, which also counts Wieki Somers as an alumnus. It was his 2002 graduation project, Smoke, that first gained him the attention of the design community. Pieces such as Smoke Chair were created by singeing antique furniture with a blowtorch, to the effect of old life being given a fresh start.

However, it was Maarten’s installations revolving around time that propelled him into the public consciousness. Taking something as ubiquitous as a grandfather clock and turning it into a piece of contemporary art. Linking the National Gallery of Victoria, the Rijksmuseum and Amsterdam’s Schiphol Airport is no small task. However, Baas’ iconic Real Time series has managed this intercontinental connection in an impressive feat of provenance. So why the worldwide excitement, you ask? Well, it is not often that you come across clocks with real, very human faces. 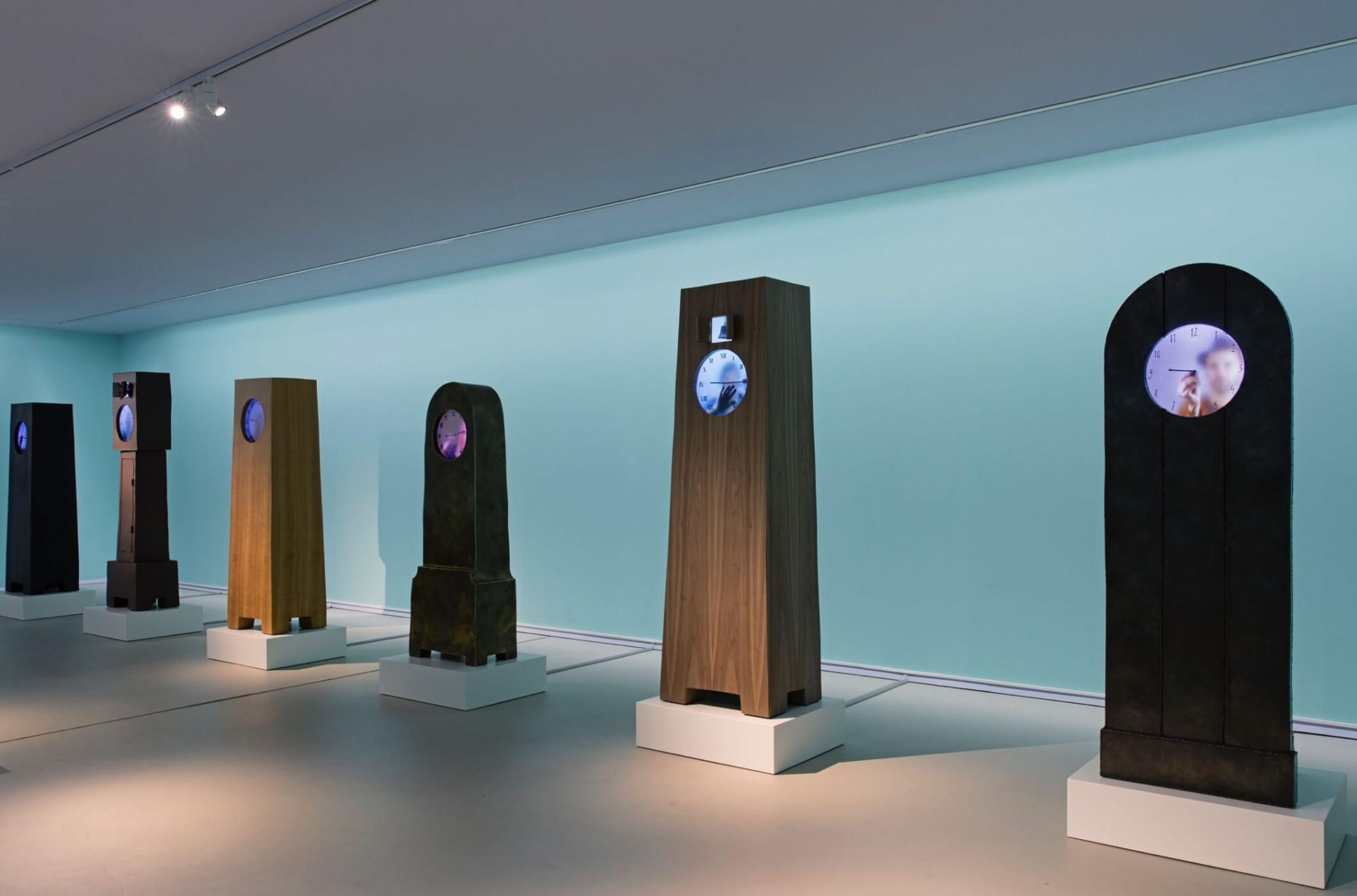 Baas’ Real Time clocks are a hyper-realistic representation of time measurement. Each clock’s face is a projection of a person changing the clock’s hands in real-time. These projections were the filmed product of 12 hour performances, with the series’ name an allusion to this monumental acting effort in addition to the function of the end product.

Whether one finds Baas’ Real Time series a disturbing, novel or just plain cool redesign of the traditional grandfather clock, the collection is aptly named. His clocks have fun with the question of time epistemology; they remind us that time measurement is, at its core, a very human construction. Seeing a man inside of a grandfather clock – drawing its changing hands by the minute – lightly parodies the societal emphasis given to technological precision and accuracy in product design.

Its Own Time Zone

In light of this, it is interesting that such a series features prominently in a location so heavily reliant on precise timing: Amsterdam’s Schiphol Airport. Maybe it is the Dutch sense of humour, patriotic artistic patronage, or a combination of both, but Baas has found an unlikely yet suitable companion in Schiphol.

Of the Airport’s 15 million annual visitors, those who end up in Terminal 2 get the opportunity to see a custom-made Baas. At over three metres tall, it is no small inclusion and the inspiration Baas took from the Airport itself makes it excitingly relevant. The projection – the overall-wearing man inside the clock – was inspired by the “many faceless men who sweep, clean and work” at the Airport in their blue overalls. A door on the back of the clock – as well as a ladder joining it to the floor – complete the piece, giving the impression that changing the time is just another everyday task for the Airport’s staff. The additional touches of the man’s red bucket and yellow cloth allude to the primary colours used by two greats of the De Stijl art movement: Piet Mondrian and Gerrit Rietveld.

The Face in the Mirror

Baas’ Real Time series is therefore definitely less dire than Shelley’s Frankenstein. Yet, both works draw people in for similar reasons. Both elucidate the constructions we erect to organise our world and the absurd extremes of these assumptions. One of these reflections may be dark and the other whimsical, but they both essentially examine our relationship with technology. Whether it be on the matter of life creation or time measurement, they directly challenge our assumed ideologies through artistry and ingenuity.

Admittedly, horology enthusiasts will probably find more to enjoy in Baas’ take on these issues. Perhaps the next time you glance down at your watch and catch your face’s reflection in the glass, you might even do a double take.

The Rijksmuseum on Horological Conservation

A Reflection on the GPHG in Australia