There’s more to being an independent watchmaker than meets the eye. And even more to it if you happen to be a watchmaker who has had a hand in restoration work.

The thing is, a typical watchmaker’s education through WOSTEP (Watchmakers of Switzerland Training and Educational Program) or other similar programs is in fact rather basic. Besides additional courses on complicated watchmaking and such, watch school programs don’t really offer a comprehensive, hands-on experience into every facet of watchmaking, they don’t complete the proverbial watchmaker’s tool set so to speak.

And that is precisely where restoration work has an edge. Arguably a different form of watchmaking in its own right, restoration work covers several competencies ranging from conservation to reproduction, offering an unparalleled level of hands-on expertise that simply cannot be matched by a regular watchmaker. The three outstanding independent watchmakers who each have origins in the world of restoration illustrate the importance of that experience.

Let’s start with arguably the most acclaimed living independent watchmaker, Francois-Paul Journe, who oddly enough became a watchmaker by pure chance rather than out of a childhood dream.

Born in the coastal city of Marseilles in the south of France, Journe wasn’t exactly what you could call a model student growing up. As he likes to put it so candidly, were it not for his cousin being the head of a watchmaking school in Marseilles, he would’ve probably ended up being a butcher.

After completing his education, Journe left for Paris to join his uncle, who ran a well-respected watch and clock restoration workshop. It was during this period that Journe would become acquainted with treasures from the golden era of mechanical watchmaking, restoring timepieces by the likes of Abraham-Louis Breguet for some of the most discerning antique watch collectors in the world.

This gave Journe not only the know-how to create movement components and the understanding of how more complex mechanisms of yesteryear worked, but also a sense of inventiveness. That was also the inspiration to take a leap of faith and create his own timepieces, adhering to the principles laid out by the greats of watchmaking centuries before him. 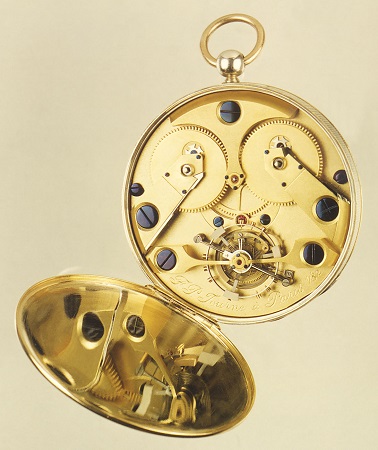 Another notable independent watchmaker who honed his craft in the world of restoration is Michel Parmigiani. Years before creating his eponymous brand Parmigiani Fleurier, Parmigiani had garnered a reputation for being one of the absolute best restoration watchmakers around. Then in the 1980s, he was given the responsibility of preserving the collection of Maurice-Yves Sandoz collection, a member of the Swiss drug-making dynasty who assembled one of the most important timepiece collections in the world. Recognizing Parmigiani’s exceptional talent after years of service, the Sandoz family foundation gave him the backing to establish his own brand in 1996, producing watches with the same values and focus on timelessness and longevity as the watches and clocks he had spent decades restoring. The Ovale Pantographe wristwatch for instance is based on an antique English pocket watch with telescopic hands that Parmigiani restored in the 1990s. 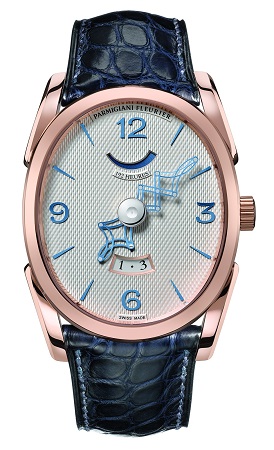 In fact, it is within his restoration workshop that another acclaimed independent watchmaker began his rise to the pinnacle of haute horlogerie, Kari Voutilainen. After completing his watchmaking education in his native Finland followed by a stint in Switzerland completing various WOSETP programs, Voutilainen worked for a few years at different watch and antique shops doing restoration.

Then in 1990 he was hired by Parmigiani Mesure et Temps SA, becoming responsible for the restoration of complicated timepieces – including tourbillons, which are common in modern watchmaking but rare in antique watches – as well as learning unique watch construction and finishing of complicated movements. After close to a decade there, Voutilainen took a three-year hiatus to become a teacher at WOSTEP, until finally establishing his award-winning brand in 2002.

Fittingly, the first serially produced Voutilainen wristwatch was the Observatoire, which had inside a vintage Peseux observatory chronometer movement lovingly restored and decorated. What all these watchmakers share in common is an approach that relies much more on handcrafted production rather then than manufacturing in large volumes, a traditional and timeless sense of refined aesthetics, impeccable finishing. But above all, they possess a vision and understanding of the intricacies of watchmaking that spans centuries, resulting in works of art that will also last for generations to come.