The Aquanaut was introduced in 1997 as the 5060A and 5060J, in respective steel and yellow gold 36-millimetre cases; initially made in a series-limited edition of a thousand pieces each, it clearly drew from Genta’s brilliance with the Nautilus, most notably with its octagonal rounded bezel, only without the integrated bracelet and “ears” on the case-sides – though it was outfitted with a rubber, “tropical” strap mounted between its lugs, two additional differentiators to its older brother of two decades. By this time, the world had been somewhat accustomed to the notion of sports luxury: twenty-five years had elapsed since the introduction of Audemars Piguet’s Royal Oak, arguably the world’s first luxury lifestyle watch, and four years later, Patek Philippe’s response with the Nautilus.

Perhaps once lying in the shadow of its archetypal sibling, the Aquanaut has come into its own, and not simply owing to the fact that the Nautilus has become near-impossible to easily acquire: Patek introduced the ref. 5167A in 2007 during its tenth anniversary, bringing the Aquanaut in line with contemporary tastes, featuring an upsized, 40-millimetre case.

2011 saw the addition of the ref. 5164 Travel Time in steel, which is a watch I would wear as often as I could, were I granted the privilege of owning it. I think it is irresistibly cool – highly legible at a glance, yet offering sufficient detail up close to hold one’s attention; very sporty, young, without bring brash. Rugged, being water-resistant to 120m; finely-finished, with its satin-brushed flat surfaces and polished flanks, and immensely practical, it is a near-perfect watch. The date subdial at six o’clock is embossed with curved lateral and longitudinal lines, akin to that of a globe, alluding to its Travel Time function. The rest of the dial features a similar motif, complementing that of its ‘Tropical’ saltwater- and UV-resistant composite strap.

Like the Nautilus, the Aquanaut case shape is favourable to the integration of complication interfaces: chronograph buttons and time-change pushers, for instance. On the Travel Time, for instance, the time-change pushers on the left side of the case are aesthetically balanced by the integrated crown guard on the right. It is a tasteful, balanced addition, which not many watchmakers are able to pull off with finesse. Patek Philippe has never gone overboard in cluttering a watch mechanically or with respect to legibility, and the ref. 5164A is no exception. The Aquanaut Travel Time also offers a functionality that is not available as a unitary complication in the Nautilus series; the Nautilus ref. 5990 is a Travel Time Chronograph, and is significantly more costly than the ref. 5164A. Patek introduced the ref. 5164R, rose gold, in 2016 – where the steel version features a black dial with some brown overtones, the dial on the rose gold version is a tropical brown, recalling the faded once-black dials found on watches with extensive sun exposure in the tropics.

It was in 2017, the twentieth anniversary of the Aquanaut, that Patek made the unprecedented decision to introduce its cutting-edge Advanced Research technology in an Aquanaut; the first deviation from its usual implementation in its line of classical annual or perpetual calendars, namely the 5250G, 5350R, 5450P, and 5550P. Where these featured novelties such as silicon escapements and balance springs (consider that over a decade ago, such components were not commonplace), they were aesthetically conservative and were not immediately distinguishable from the standard calendars in Patek’s lineup (the possible exception would be the 5450P, for which Patek’s use of a salmon-coloured dial immediately distinguished it as exceptional).

The 5650G was unprecedented on a few fronts: most palpably with its open-worked dial, featuring a C-shaped cutout between the eight and ten o’clock positions on the dial, and with its 500-piece limited edition, the first for a modern Aquanaut, but also its Advanced Research enhancements. Finally, its usage of a blue dial and strap, a first for the collection. It is worth appreciating that Patek’s Advanced Research team pioneers mechanical enhancements that gradually roll out into series production models; similar to that, say, of technologies implemented by Mercedes on its S-Class, which then dissipate into entry-level models, and after a not-insignificant lag, even into the cars of other manufacturers.

You may have noticed that Patek Philippe has always been discreet about the presence of a tourbillon in any of its watches: they are only visible through the caseback, and not from the front. There is a more pragmatic basis than modesty; lubricants degrade with prolonged UV exposure, and Patek is only able to expose the compliant mechanism in the 5650 owing to its lack of need for lubrication.

What is immediately most eye-catching on the 5650 is the open-worked timezone setting mechanism, finished to Patek Philippe standards – ergo straight-grained flat surfaces, sandblasted inner surfaces, circular perlage, and highly-polished chamfered edges. The said compliant mechanism comprising twelve parts (down from 37 in the ref. 5164) is milled from a single block of steel, forming a crab-like structure with no joints or pivots, eliminating the need for lubrication. Visible are four crossing pairs of leaf springs; the CNC milling is precise enough to permit clearances between the springs of as low as .15 millimetres. Fewer parts and no required lubrication means greater reliability, requisite to a travel watch. The tactility between user and mechanism is also tangibly improved, and fascinating to observe: the entire structure flexes and slides as the pushers are activated. The product of research done by the Patek Philippe Chair at the Swiss Federal Institute of Technology (EPFL), Lausanne, this is only the second innovation pertaining to the 5650G.

The first pertains to the use of a further optimised Spiromax hairspring, featuring not one, but two terminal curves (“bosses”) reproducing the physical effects of both the Grossmann curve on the inner, and Phillips curve on the outer end of the hairspring. These have the practical effect of improving the concentric breathing (contraction and expansion) of the hairspring independent of its position, improving the synchronisation of the centre of gravity of the hairspring and that of the balance. Isochronism describes the independence of a hairspring’s period of oscillation to its oscillator amplitude. In other words, in a hairspring that does not breathe concentrically, energy is expended to restore it to dynamic equilibrium that could otherwise have been utilised to improve amplitude of oscillation. Too verbose? No writer is perfect, and neither is the new Spiromax, which features timekeeping accuracy to only -1/+2 seconds per day. But it is pretty close, and would be comparable to most tourbillon watches. This is Patek Philippe for you: investing in continuous improvements to accuracy and reliability in watchmaking which might easily be overlooked by the average wearer. The hairspring is manufactured using Deep Reactive Ion Etching (DRIE), a micro-manufacturing method, in which individual hairsprings are anisotropically etched, or cut, from a silicon wafer and are “ready-to-go”, as monolithic entities.

But it is with the 2018 introduction of the chronograph ref. 5968A that Patek has come close to full circle; offering a Travel Time (in the 5164) as well as a chronograph complication in the Aquanaut collection rounds off its sporting-lifestyle-travel appeal perfectly.

Featuring the vertical-clutch, column wheel CH 28-520 as it does in the (lamentably discontinued) steel Nautilus ref. 5980/1A and showing Patek’s new daring in black-and-orange highlights, the Aquanaut Chronograph is a striking new member of this Genevan maison that reminds the world that the same creator of the Grandmaster Chime and Caliber 89 is also capable of offering a dynamic, contemporary, “athleisure” execution of the best in watchmaking – and tastemaking – ability. The interminable waiting lists for the Aquanaut range suggest that the world has noticed. 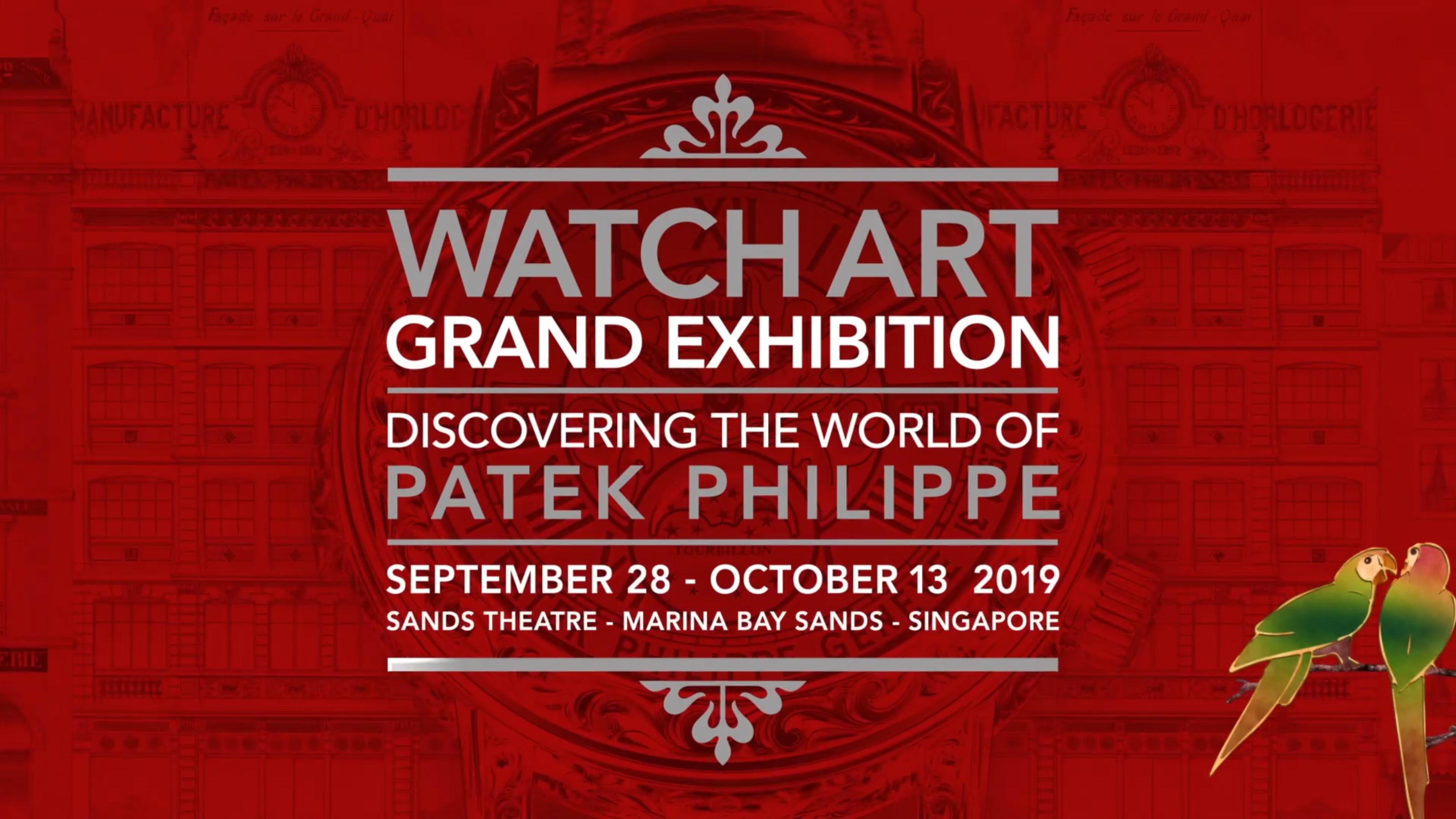 We use cookies to enable the optimal browsing experience on our site by tailoring content to your preferences and providing services requested by you. By continuing to use this site, you consent to the use of cookies as described in our Cookie Policy. You may also opt to disable them at any time.