Max Büsser describes his watch creations as machines that “deconstruct traditional watchmaking and reconstruct it into a 3D kinetic art piece which, oh by the way, gives you time, but that’s not the point”.

The Horological Machines are certainly that: each piece has its own story and character. The collection’s evolution over time seems to have a few recurring themes when considering their inspirations; one of which being animals, others perhaps being cars and planes, as well as space.

Other Articles in The Thematic Evolution of MB&F: Land and Air & Space and Origins 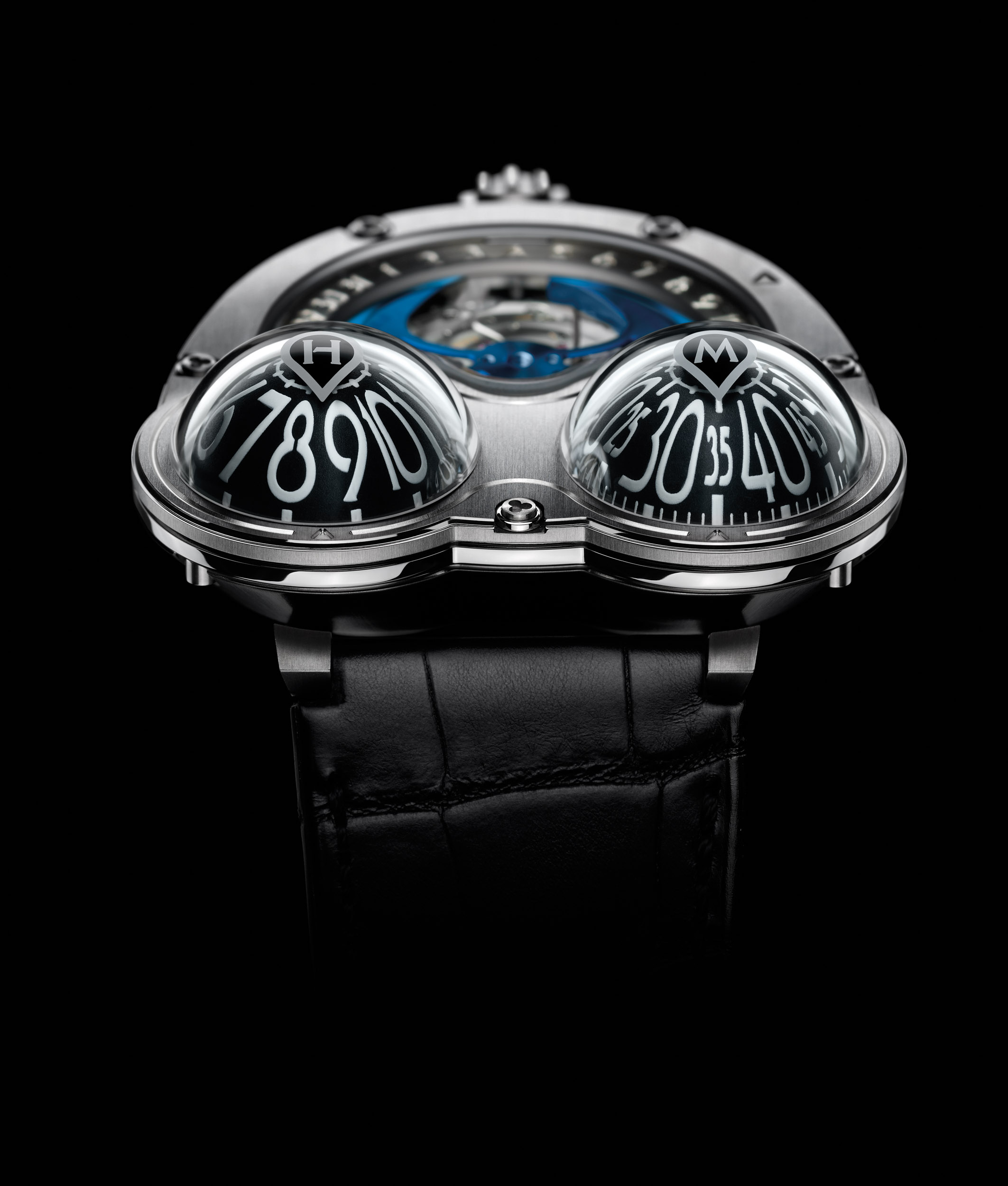 The first of the Horological Machines to bear an animal nickname, the Frog is the second iteration of the HM3. The watch came to be after a customer commented that the two domes on the original HM3 looked like frog’s eyes sticking out of water. Inspired by the feedback, the original HM3 was modified to create the iteration that would be named “The Frog”. 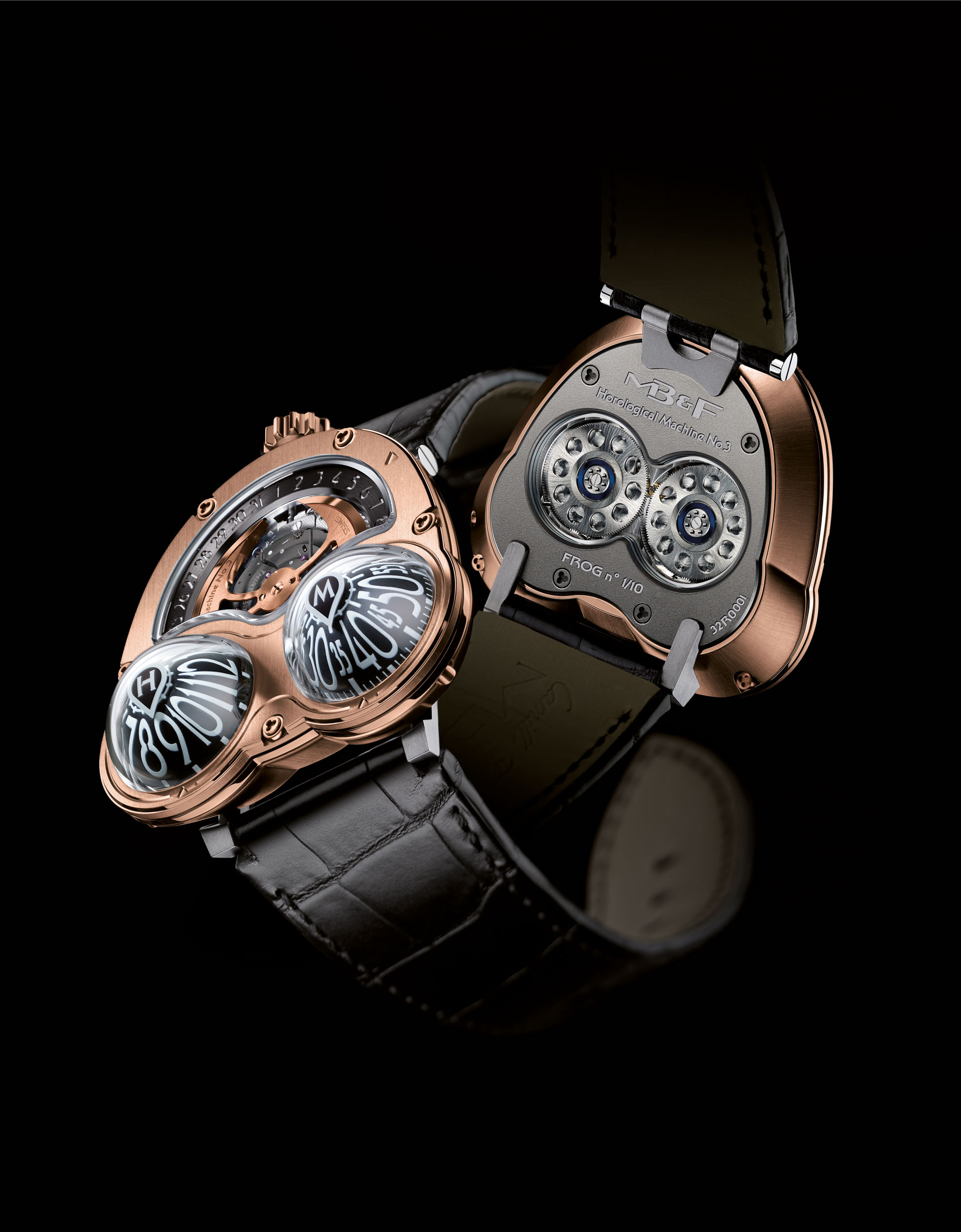 The Frog foregoes the Day/Night indicator of the original HM3, meaning that the movement had to be modified from turning the hour dome once every 24 hours to once every 12 hours. The mounting of the hemispherical eyes called for dome sapphire, which required the crystal to be perfectly shaped and polished to uniformity so the lumed numerals will not be distorted. Set on an otherwise flat case, with the two domes evocative of frog eyes, the visible battle-axe rotor serves to suggest life beneath the surface of still water. 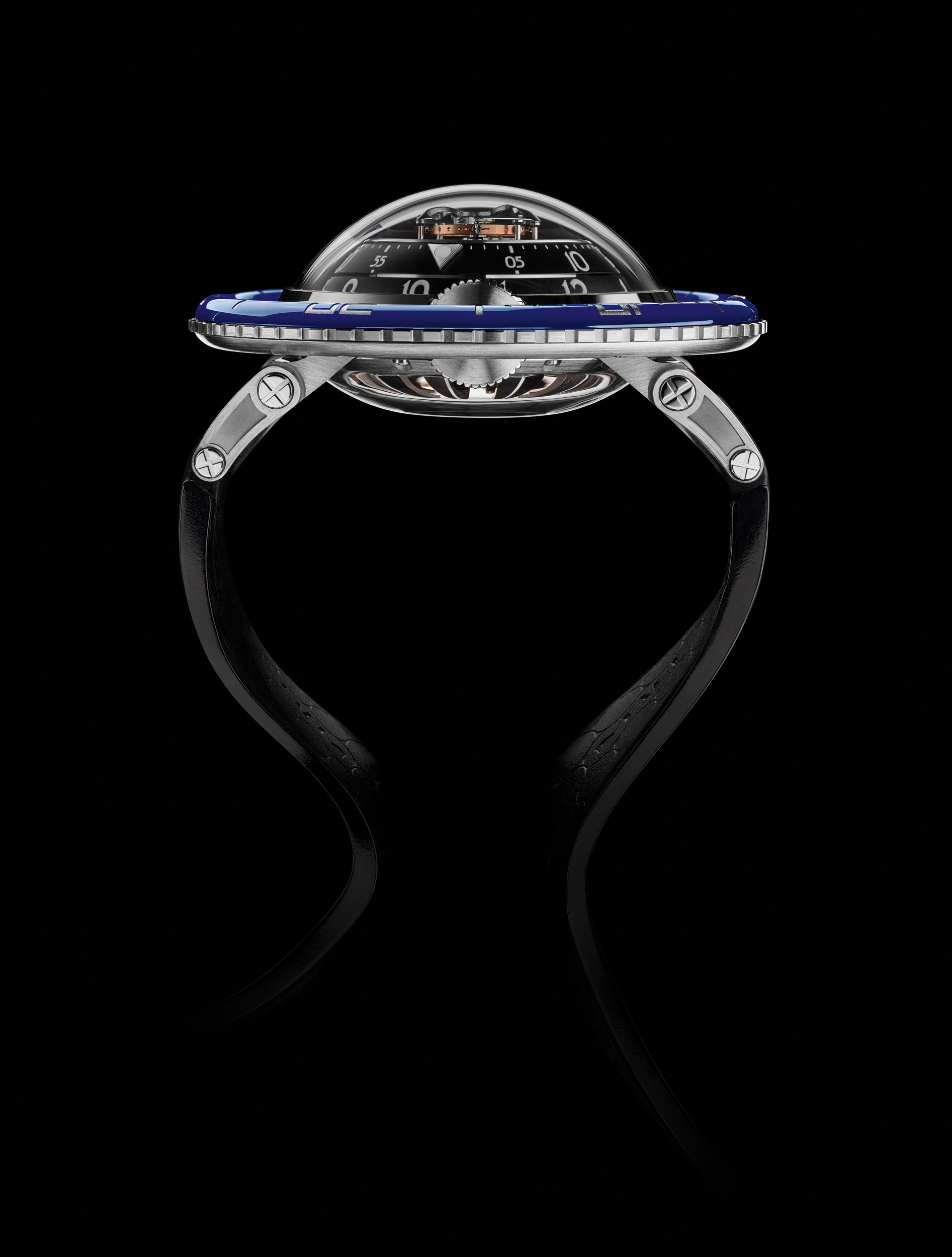 A jellyfish that stung Max’s wife during a beach holiday was what sparked the creation of the Aquapod. While the inspiration for the watch may not be immediately apparent, the resemblance becomes clearer as the details are studied. 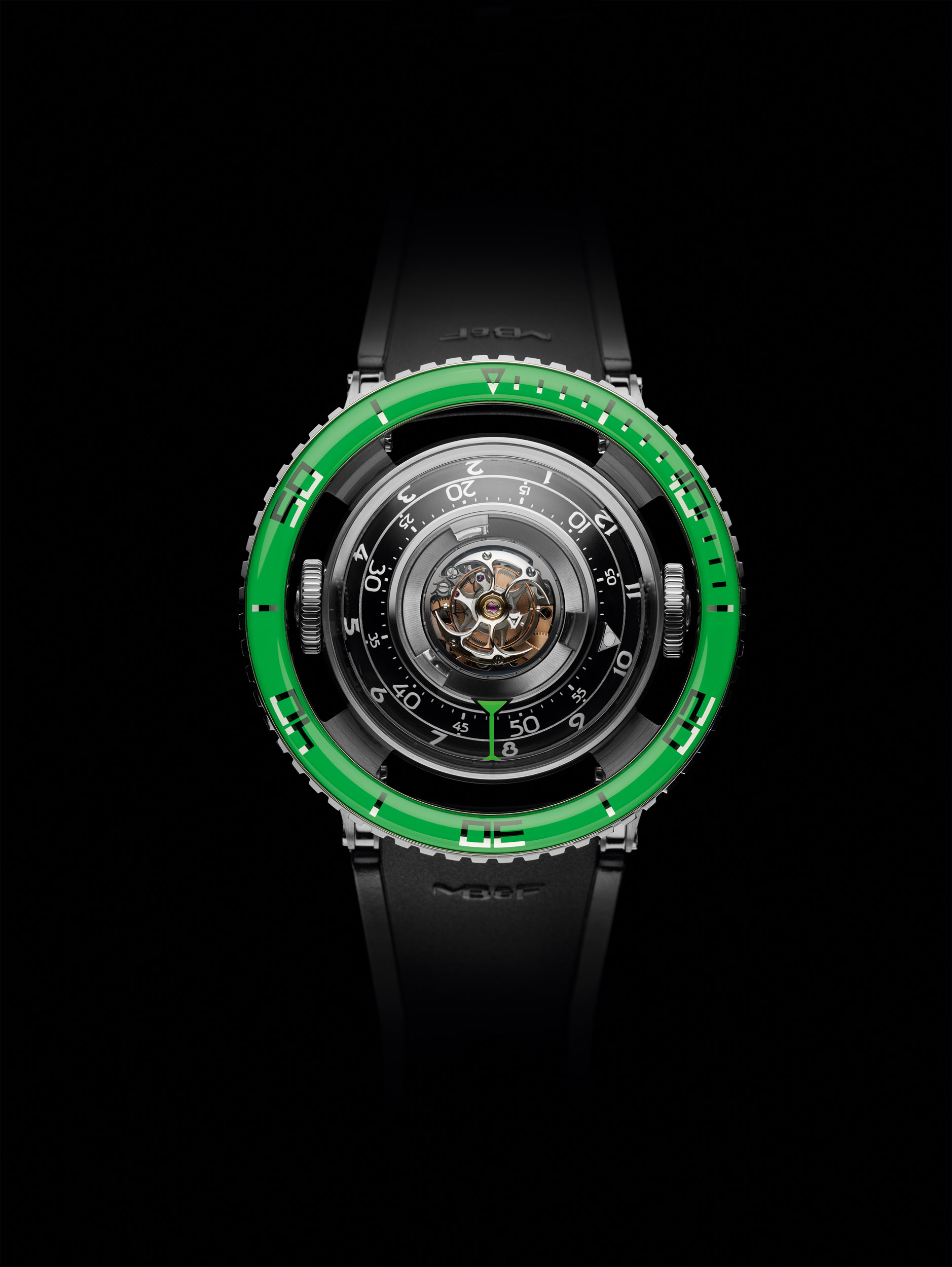 The round profile may seem conventional but the 3D construction of the Aquapod, in typical MB&F fashion, means it’s anything but. Surrounded by a uni-dimensional rotating bezel, the case features two crowns and articulated lugs; within the domed sapphire crystals on top of and beneath is the vertically constructed in-house movement. 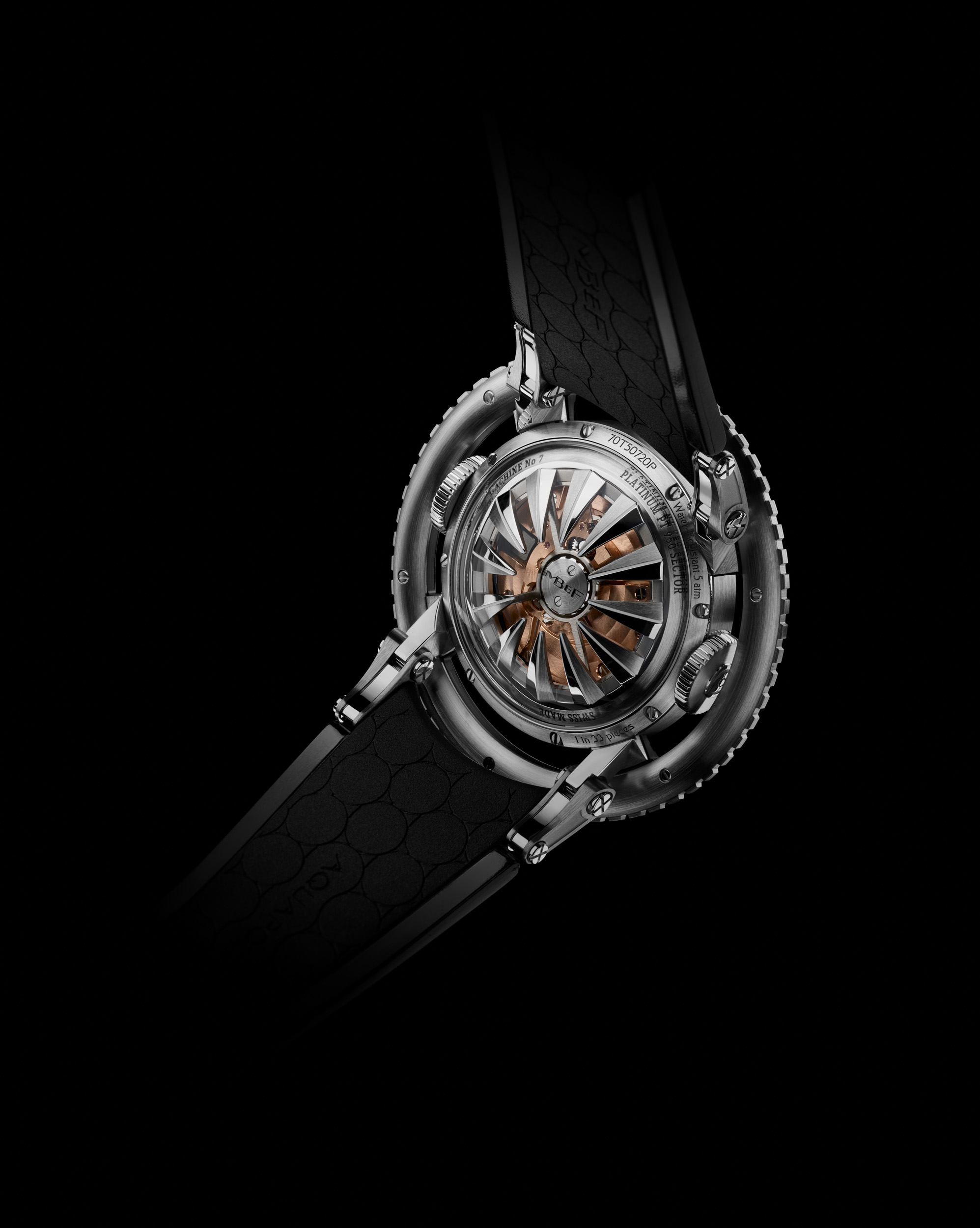 The layered hours and minutes display on spherical segment discs surround the central 60-second flying “battle-axe” tourbillon, while on the underside, the rotor resembles the tentacles of a jellyfish with the blade-shaped spikes evocative of its sting. 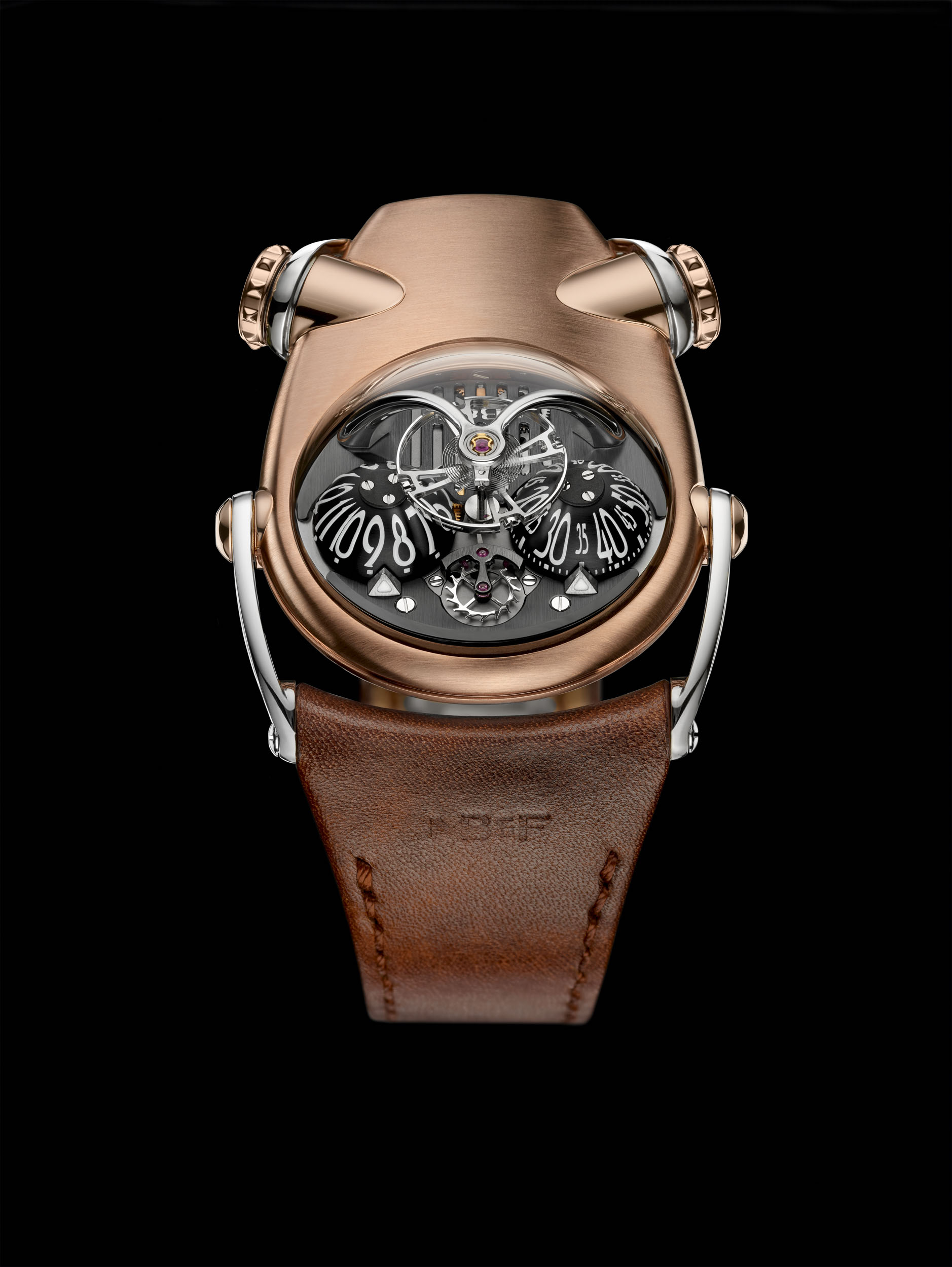 A few weeks ago, as many parts of the world went into lockdown from the COVID-19 pandemic, news of various events being postponed or cancelled came one after another. Bucking the norm, MB&F announced the launch of a new watch, the HM10 Bulldog.

It’s quite obvious that the Bulldog carries traits from both the Horological Machine and Legacy Machine families. The domed hour and minute indicators are not dissimilar to the eyes of HM3 The Frog, as is the flying balance wheel to the LM1. The opening and closing of its jaws is, essentially, a vertical power reserve, something also shared with the LM1. 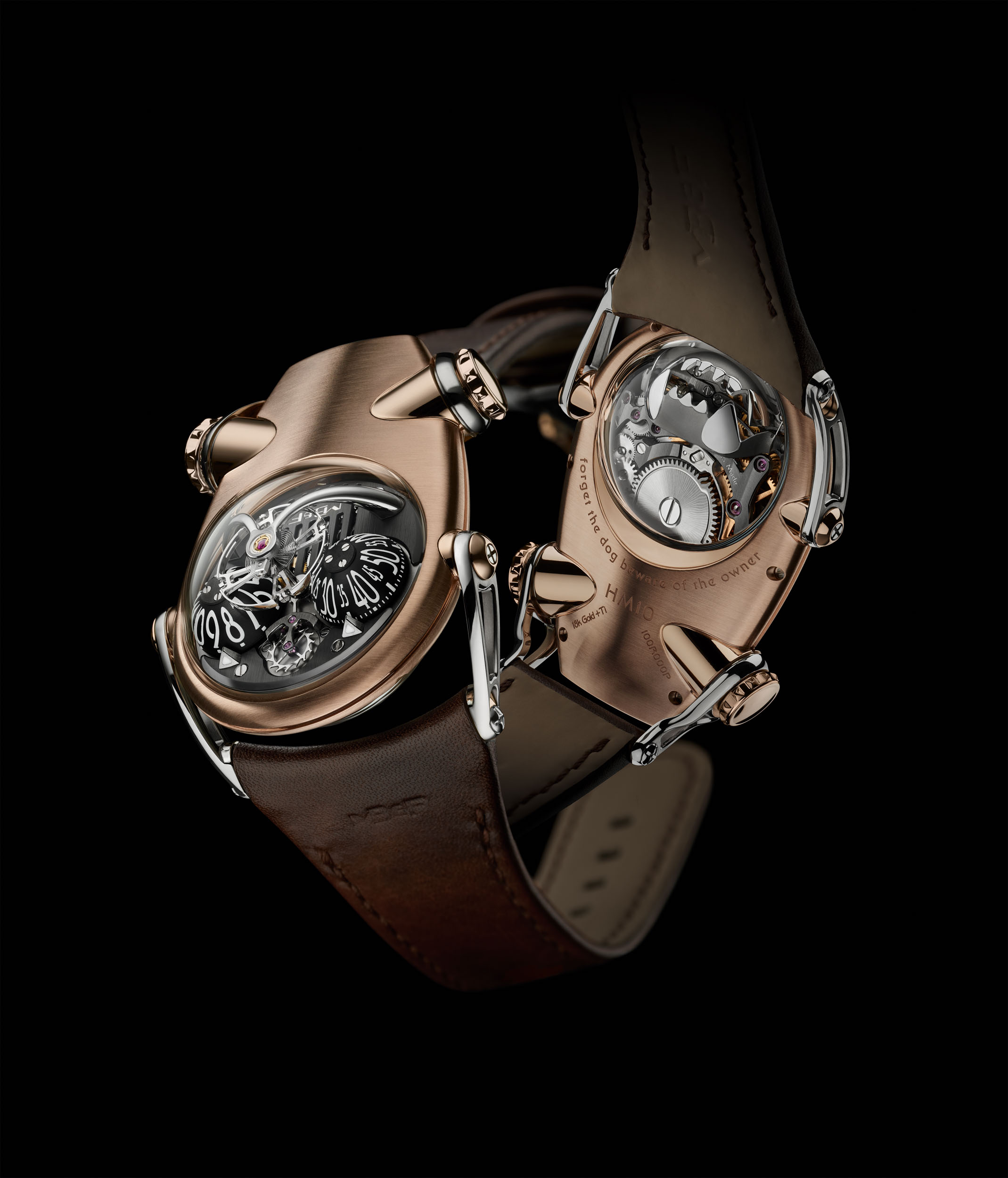 There’s no mistaking the animals which inspired these creations, yet these watches make no apologies for being machines.  And perhaps, in a way, these biomorphic horological pieces do have a life of their own, as it ticks away and tells time. 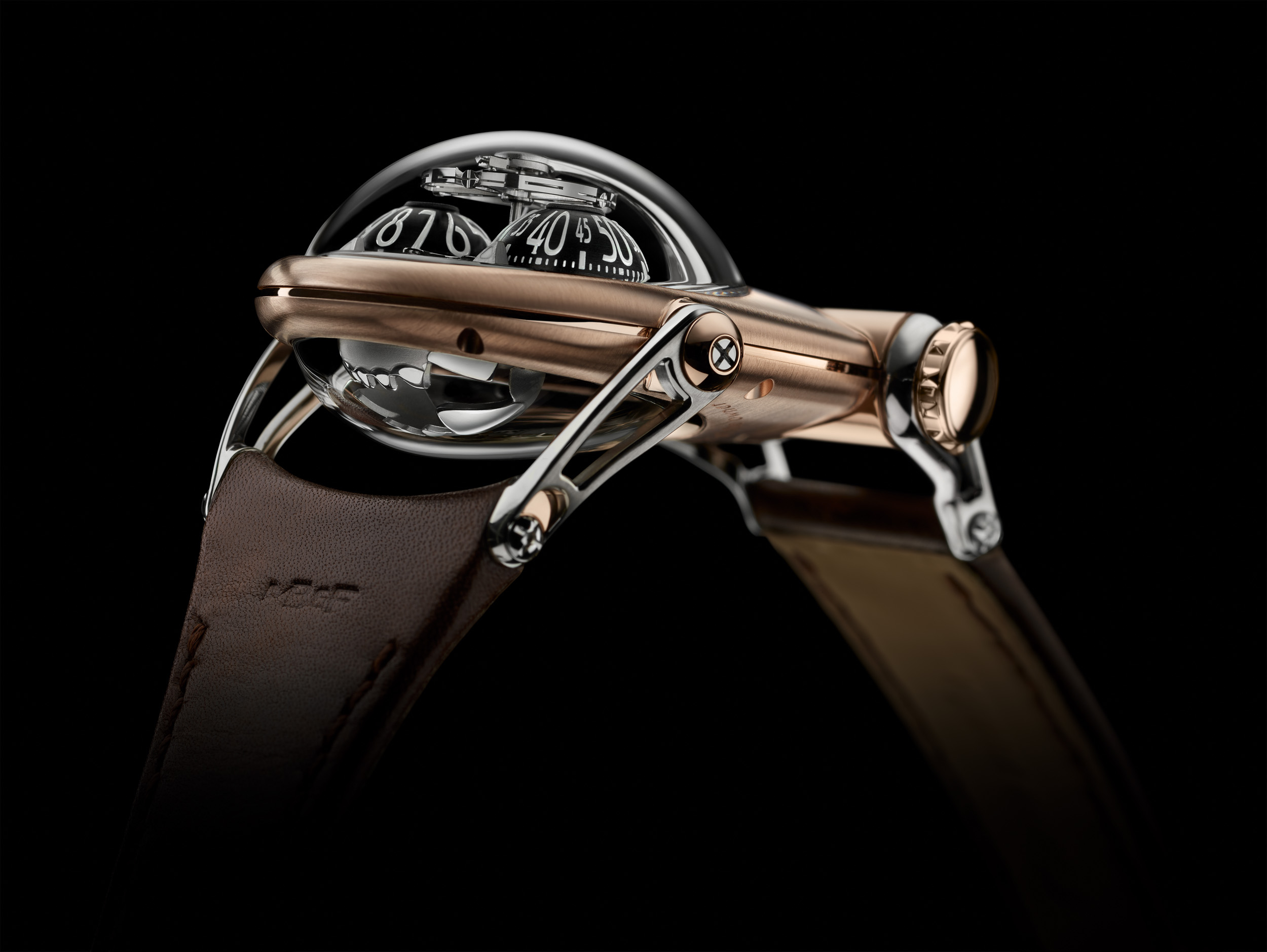