Many watches contribute to the aesthetic identity of a brand. Naturally, far fewer watches are so daring that they not only act to elevate a brand, but they reinvigorate an entire genre of mechanical complication at the same time. With the release of the Datograph, A. Lange & Söhne achieved exactly that. In the process, the Glashütte company created what is considered to be one of the defining timepieces of contemporary watchmaking.

Emerging from an unconventional hiatus and a turbulent not-so-distant history, A. Lange & Söhne certainly make no compromises when offering their contribution to the great narrative of horology; indeed, the meticulous German craftsmanship of the Datograph is no exception.

Origins of  A. Lange & Söhne 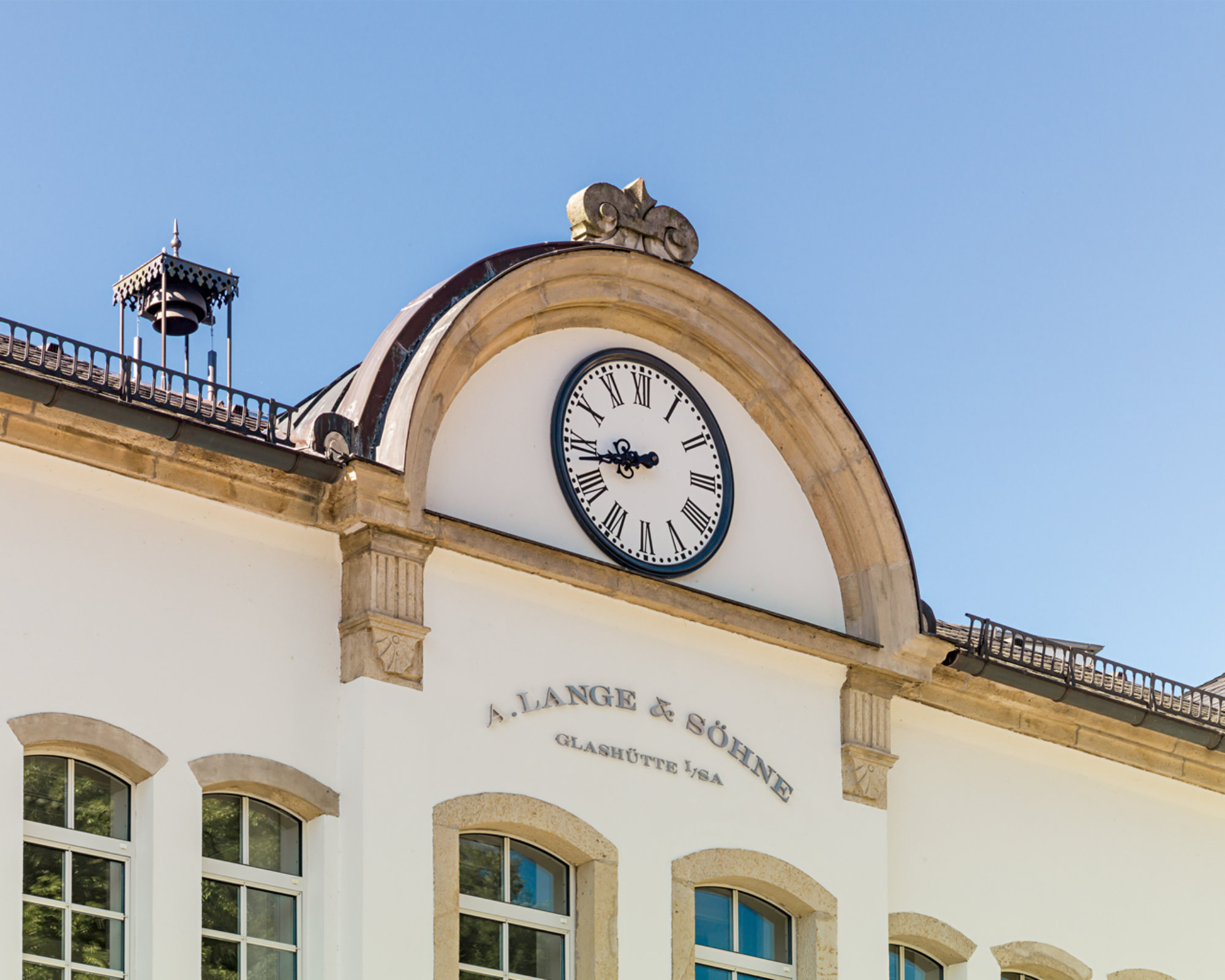 In the nineteenth century, Saxony was an immensely prosperous state of the soon-to-be German Empire, in which the renaissance city of Dresden – its gleaming cultural and political capital – was the home to Ferdinand Adolph Lange. Having returned from his studies in Paris, it was not in Dresden, but in the nearby and less affluent town of Glashütte in which Lange chose to dedicate his life to the pursuit of precision watchmaking. 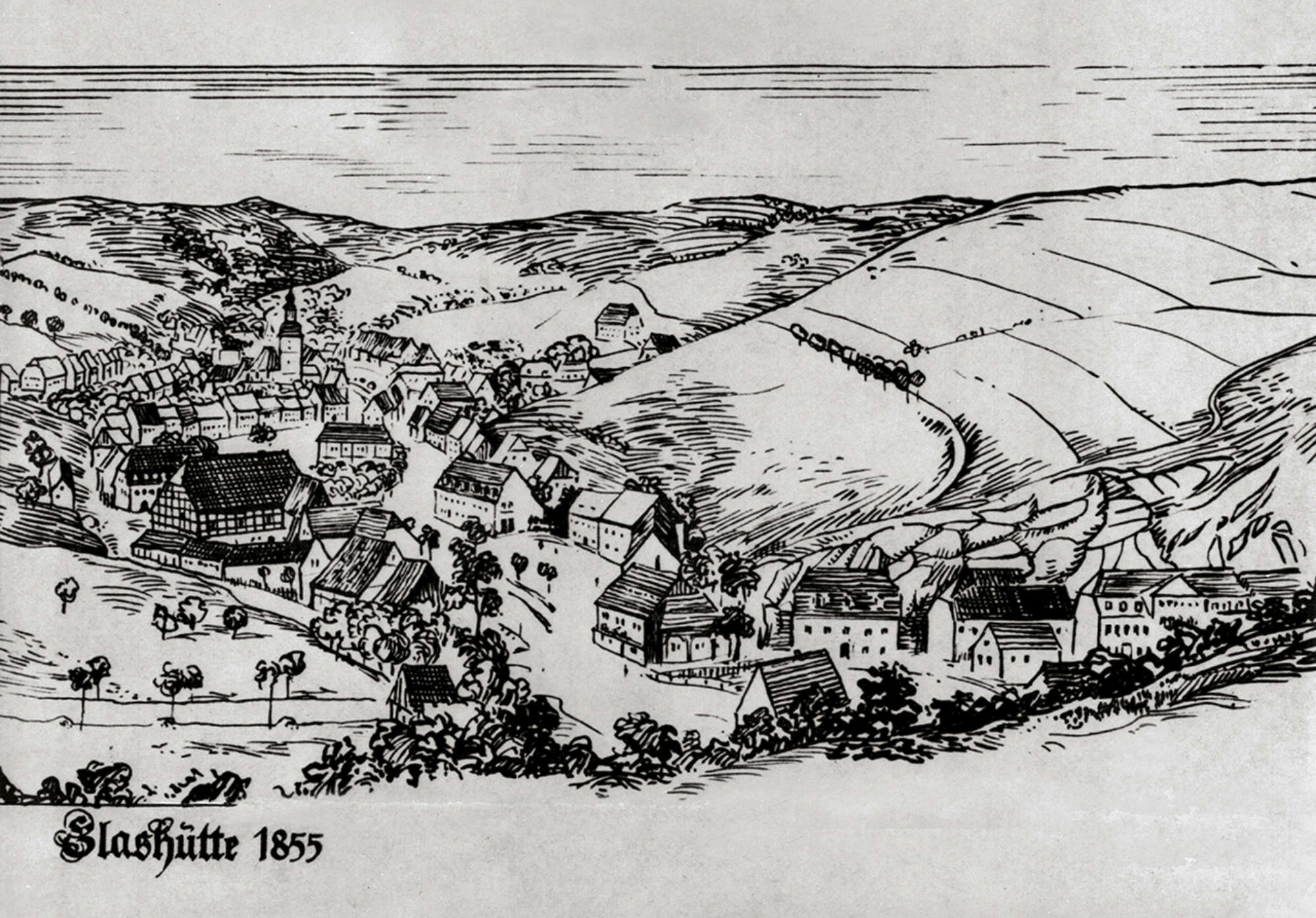 In 1845, Lange would begin production in Glashütte with the assistance of fifteen apprentice watchmakers. Having already acted to bring wealth and opportunity back to the area, in 1848 Lange would assume the position of Mayor of Glashütte – a position held for 18 years until he was elected as a representative to the State Parliament of Saxony. As the watchmaking industry thrived, so did Glashütte.

Lange and Söhne would continue to flourish with the production of its complex pocket watches – even earning the approval of Russian and German royalty. The company would dabble with elaborate complications and outstanding one-off pieces such as the Grand Complication No. 42500, but research and production prioritised pocket chronometers and observation watches above all else.

The company, now operated by Lange’s sons Richard and Emile, would step into the twentieth century as one of the country’s premier watchmaking facilities – a position earned as a result of the meticulous craftsmanship and attention to detail that gave their timepieces such a precise tick.

Inevitably, the success of a company is influenced by the stability of the national economy: when Germany prospered, A. Lange & Söhne did too. Their fortunes would falter however when two brutal World Wars prioritised power over peace. Contributing timepieces to the national war effort, the company would just weather the destructive storm that ravaged Europe between 1914 and 1918.

The end of the first conflict nonetheless ushered in an era of bitter poverty and economic hyperinflation under the Weimar Republic, until the continent was once again thrust into the fray in 1939. In 1945 the Glashütte production facility was destroyed by a bomb, and soon after in 1948 when the Iron Curtain had descended across Eastern Germany, the company and its property was nationalised by the Soviet administration. A. Lange & Söhne had disappeared.

A certain wall in Berlin fell in 1989, and Germany was no longer plagued by division. As the bricks crumbled, the great-grandson of Ferdinand Lange, Walter Lange, saw an opportunity to rebuild the once greatly esteemed Glashütte family business. After a dormant 40 years, A. Lange & Söhne was revived. Without either employees or facilities, the company fostered the bold ambition to once again produce German timepieces of the finest quality.

By 1994, A. Lange & Söhne was ready to present the first collection of the new era for the company. What they revealed was a collection of four remarkable timepieces, each with entirely new in-house movements. A consistent patented feature across this collection would soon become synonymous with the brand: the outsize date. The design was inspired by a particular clock inside the ornate Semperoper (Semper Opera House) in Dresden: a five-minute clock designed by mentor and apprentice-master to Ferdinand Lange, Johann Christian Friedrich Gutkaes. Whilst a globally recognised brand, A. Lange & Söhne will always be irrevocably influenced by its Saxon heritage.

The newly rejuvenated Glashütte company had its mind set on rattling the cogs of the chronograph – a movement much loved by the watch market since its invention in the early nineteenth century. So familiar was the chronograph that nearing the turn of the millennium, no company had produced a new chronograph movement in a quarter of a century. (For a guide on all previous Datograph’s, this article serves as an invaluable resource)

That is, of course, until 1999 when A. Lange & Söhne released the Datograph. Powered by the ingenious L951.1 movement, it remains without question one of the most refreshingly refined designs of contemporary watchmaking. Remarkably, the aesthetic composition of the Datograph almost transcends temporal boundaries – it is effortlessly elegant yet commanding and self-assured. Debuted in a platinum case with a black dial, the watch exuded a distinctly Germanic disposition.

Offset against the original model’s black dial featured two silver sub-dials: one indicating the running seconds and the other a 30-minute totaliser. Naturally, the aforementioned outsize date was destined to hold a prominent and central position, pleasingly forming an equilateral triangle with the two sub-dials. A priceless piece of innovation from the recently revitalised brand, the Datograph was exactly what the watch industry did not know it needed.

For nearly twenty years, the Datograph family has continued to grow. Warmly welcomed by fans, the watch has indisputably become an iconic feature of the A. Lange & Söhne identity. Since it was released, a loyal following has developed who scrupulously scrutinise any new model, ensuring that each addition proudly carries on the legacy of the bold 1999 original.

The current collection consists of the Datograph Perpetual, the Datograph Perpetual Tourbillon, the Datograph Up/Down (replacing the original model), and the both luminous and transparent Datograph Up/Down “Lumen”. Every single piece does justice to Ferdinand Adolph Lange’s aspiration in 1845 to make the finest quality timepieces of the utmost – typically German – precision. A history equally as prosperous as it was unpredictable, A. Lange & Söhne has proven that it is a brand which can not only overcome obstacles but in fact flourish in the process. Quite simply, the Datograph is testament to the company’s ability to innovate, to excel, and to strive towards unparalleled mechanical and aesthetic excellence.

Dedicated to Design: Nomos and Updating the Tangente