The result of such fluctuating energy levels is diminished precision since the regulator has to function with varying levels of energy. Furthermore it’s difficult to regulate a watch to a specific level of torque, and this results in varying chronometric rates. Ideally the torque to power the escapement is stable, with constant force flowing through the gear train to the escapement, regardless of the main spring’s state of wind. Only a handful of watchmakers dared to propose a solution for this age-old problem of mechanical timepieces.

One solution is the remontoire d’égalité found in the FP Journe Chronometre Optimum and Tourbillon Souverain. The remontoire is a small spring located in between the gear train and the escapement, which stores and releases small amounts of energy. Regardless of how much energy is left in the mainspring, the remontoire delivers a small, fixed dose of energy to the escapement. Thus, the amplitude of the balance wheel will remain the stable and so will the accuracy of the watch.

The remontoire in the FP. Journe Tourbillon Souverain delivers a small, fixed dose of energy to the escapement to stabilise the amplitude of the balance wheel.

A second, older, solution is the fusée-and-chain. Originally developed for pocket watches, this ancient mechanism links the barrel to a chain wrapped around a cone-shaped pulley. It will improve timekeeping by equalizing the uneven pull of the mainspring as it ran down.

Basically, the fusée-and-chain works like the pinions of a bicycle gear. Depending on the chosen gear, different speeds can be achieved with the same power. 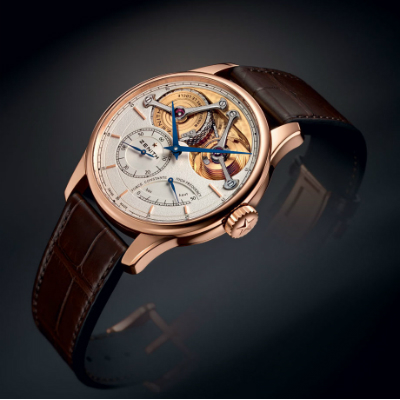 This complex mechanism, based on a chain with hundreds of individual parts, is found in watches like the Zenith Academy Georges Favre-Jacot or the recent Ferdinand Berthoud FB 1. And besides the appealing technology, watches with a fusée-and-chain can be regarded as state of the art watchmaking, considering the complexity of the development and the assembly. 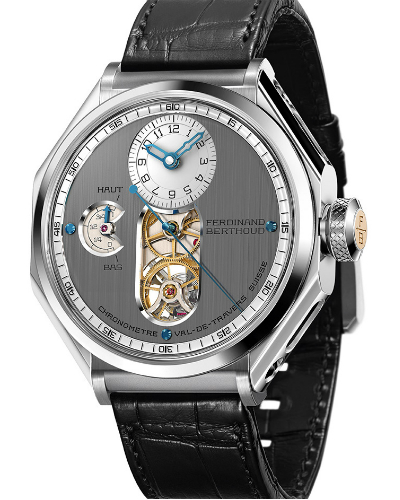 Some watchmakers, like Romain Gauthier, have improved the fusée-and-chain. In his superb Logical One, he uses a friction-minimising, short ruby-link chain, together with snail cam (instead of the conical fusée) and sapphire-lined mainspring barrel. All the components are positioned on the same plane, so force is transmitted in a straight line, for more efficiency. The idea is the same but the execution will theoretically be more efficient and more stable. 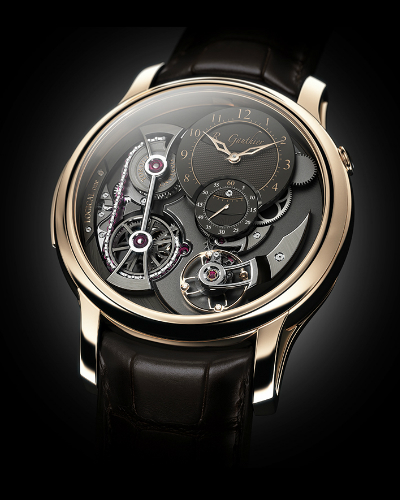 Romain Gauthier uses the improved fusée-and-chain solution, whereby force is transmitted in a straight line for more efficiency, in the Logical One.

Finally, some manufactures looked at more novel approaches for finding a solution to this problem. This is the case for the Girard-Perregaux Constant Escapement. Though it was extremely complex to develop, taking years to come to market, GP’s innovation operates on a simple principle and works perfectly in real life. Its Constant Escapement is based on the elastic properties of a silicon blade.

This tiny component, 14-micron thick, functions as an energy storage unit that delivers constant impulses of energy to the oscillator. The blade flips from one position to the other as it stores and releases energy. 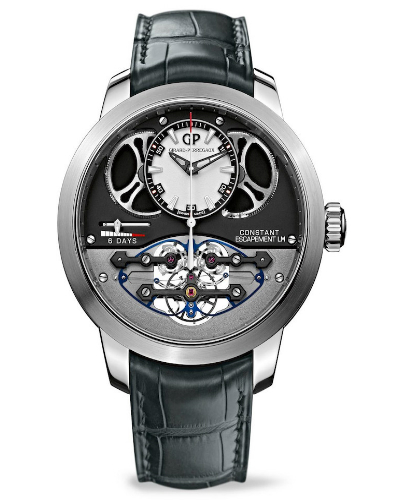 The Girard-Perregaux Constant Escapement operates on a simple principle based on the elastic properties of a silicon blade.