It’s easy to forget that sometimes – especially when it comes to an old profession such as watchmaking – the best information can be found by hitting the books. Coming in at over 2 kgs and over 800 pages, Treatise on Modern Horology Theory and Practice is a hefty book that, aside from the intimidating size, is well worth taking a look at. In addition to the comprehensive technical information contained within, the seventy eight woodcut and twenty two copper plate drawings are a real delight.

Translated from the French of Claudius Saunier, the Ex-Director of the School of Horology at Macon (Académie de Mâcon), by Julien Tripplin (Besançon Watch Manufacturer) and Edward Rigg (Assay in the Royal Mint). Side note: Assay offices test the purity of precious metals, and are often associated with coinage Mints).  Initially published in 1861, this edition was published in 1887 by Crosby Lockwood and Co.

There’s a tendency to look back and view 19th and early 20th century clocks and watches solely for their utilitarian function of time telling. In this case it’s refreshing to see such a well regarded book look beyond the inherent use of these mechanical instruments and to also promote the artistic and emotional elements behind horology. You could be reading about the force transmitted by trains or the theoretical sizes of balances, either way the reader can sense the enthusiasm to pass down the knowledge and share the ‘tricks of the trade’ so to speak, with the next generation of watchmakers and watch enthusiasts. As with many professions, the transmission of knowledge relies on a combination of formal written knowledge and practical hands on experience provided by ones teachers. The translators of the Treatise are well aware of this and see their contributions as but one of the sources for anyone vaguely interested in horology to rely on and draw learnings from.

“In all the mechanical industries great efforts are being made at the present day in the cause of technical education, but in order that such efforts may be successful it is the first importance that sound textbooks and competent teachers should be provided. We believe the present volume well supplies the first of these wants as regards the science and art of the subject”

The contributions (and the subsequent translation) of  the Treatise on Modern Horology made to the field of horology didn’t go unnoticed by the wider Horological community. It is first and foremost a technical book giving a broad and detailed description of what it calls a “mechanical art”. In 1867 the work was honoured with a First Class Medal and a Gold Medal and Honourable Mention followed in 1868. Additionally the work was honoured with the Translation by a Diploma of Merit in Melbourne in 1880 and a Gold Medal in Paris (1881), “For Services rendered to the Cause of Horology.”. For their efforts in translating the work, Julien and Edward received the Palmes of the French Academy in 1885 and the thanks of the British Horological Institute”.

Covering the theory, mathematics, preparation and advantages of each type – the section on escapements is particularly noteworthy and warrants a closer look. Pics below. 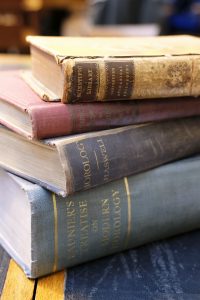 A great book worth looking at, and if you are so inclined, there’s several digital transcripts floating around. But having said that, nothing beats picking up the real deal and flipping though an extremely comprehensive (yet very approachable) book on a topic we all love.