In anticipation of the Patek Philippe New Models 2022 that will be presented at Watches and Wonders, let’s take some time to revisit one of the Manufacture’s most revered complications – the minute repeater. Since its early days in 1839, Patek Philippe has nurtured a rich history with striking watches.

Considered the master of chimes today, the company has built its reputation thanks to an enduring family passion and commitment to preserve this striking tradition. Patek Philippe boasts the largest collection of chiming watches in its regular production and is the unquestioned leader in this category, combining rich acoustics, superior micromechanics, patented innovations and the finest finishes. Let’s recall the steps that built this legend.

Minute repeaters have been associated with Patek Philippe since the beginning. When Antoine Norbert de Patek and François Czapek started their business in 1893, one of the earliest pieces sold was a pocket watch with a quarter repeater. This sale proved to be the initial spark of a keen interest in striking mechanisms: in 1842, a quarter repeater with independent seconds; in 1845, a half-quarter repeater, their first minute repeater, and a quarter repeater with a tactile hand. The following year, the first pocket watch with a Grande and a Petite Sonnerie was sold. In the subsequent years, variations of the minute repeaters endowed with other complications, such as chronographs, perpetual calendars, and equations of time, were built. Even the repeating mechanism was further developed, from two hammers on two gongs, to three hammers on three gongs, to the Westminster chime, which required five each, of both the grand and small chimes.

The Mid-Century Decline of Chiming Watches

For the next six decades, Patek Philippe continued to produce chiming complications for pocket watches and wristwatches. However, the manufacture was forced to halt the production of minute repeaters and sonneries for close to three decades, as the demand for the complications began to decline in the 1960s.

Preparing the Rebirth and Renewal of the Chime

In the years leading up to 1989, Philippe Stern, who was at the helm of Patek Philippe, built a taskforce with a unique mission: to develop the first in-house manufactured minute repeater movement. Until then, the watchmakers were using virgin movements from the Vallée de Joux (called “ébauches”) that were then assembled, finished, precision-adjusted and decorated in the Manufacture. For the Manufacture’s 150th anniversary, Philippe Stern asked a team, led by Jean-Pierre Musy, to prepare the comeback of repeater timepieces. The new movement had to surpass and eclipse the two legendary masterpieces of that time: the Leroy 01 piece that dated back to the 1900 Universal Exhibition in Paris as well as the Henry Graves piece delivered in 1933. This unique project proved to be a challenge even for the experienced Musy and his team, and was a task they would be devoted to for several years. Safeguarding the Manufacture’s technological leadership and innovative competence is his son, Thierry Stern, current President of Patek Philippe. The younger Stern describes the relationship the relationship between Patek Philippe and minute repeaters as one that is as deep and enduring as their commitment to enamelling; recalling his grandfather and father attentively listening to chiming watches to ensure only the utmost precision in the timbre and rhythm of the chime.

It is only with the unyielding commitment of the Sterns and their passion for chiming watches that could have resulted in the technical prowess and extravaganza of 1989.

The year 1989 also saw the return of striking mechanisms to the Patek Philippe catalogue. Ref. 3979, a solo minute repeater, and Ref. 3974, a minute repeater perpetual calendar, heralded the revival of the striking movement, setting the tone and pace of its subsequent development. Today, Patek Philippe continues to showcase an exquisite range of striking time watches. From the elegant simplicity of the Ref 7040/250, to the understated beauty of the Ref 5207 white gold tourbillon minute repeater with perpetual calendar, to the grand artistry of the Ref 6002 Sky Moon Tourbillon, each timepiece is a showcase of the exceptional savoir-faire of the watchmakers and artisans at Patek Philippe. Combining striking time mechanisms with grand complications and rare handcrafts has become one of the hallmarks of Patek Philippe and is testament to the Manufacture’s extraordinary technical skills and expertise. 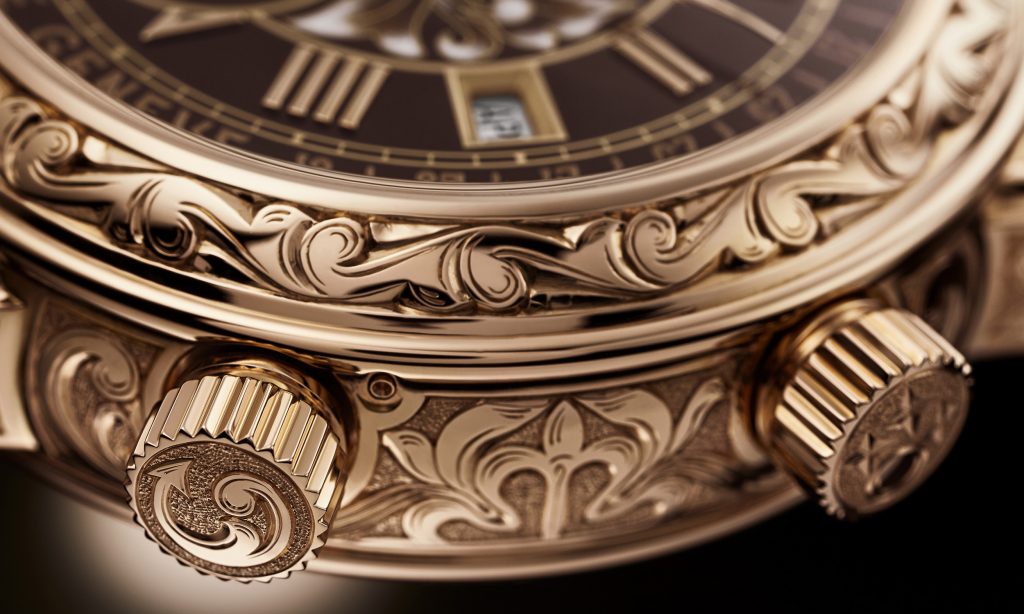 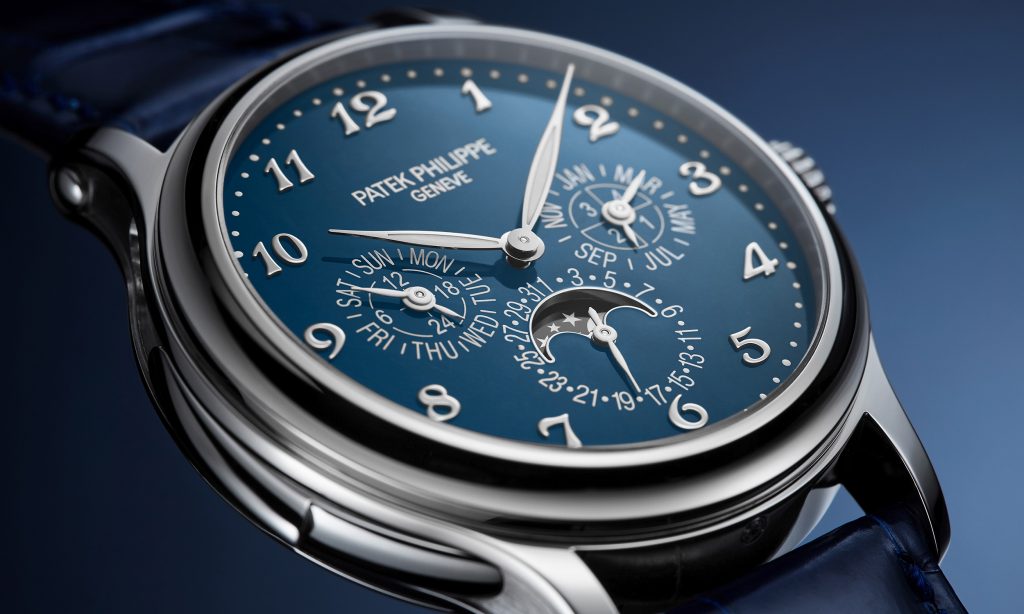 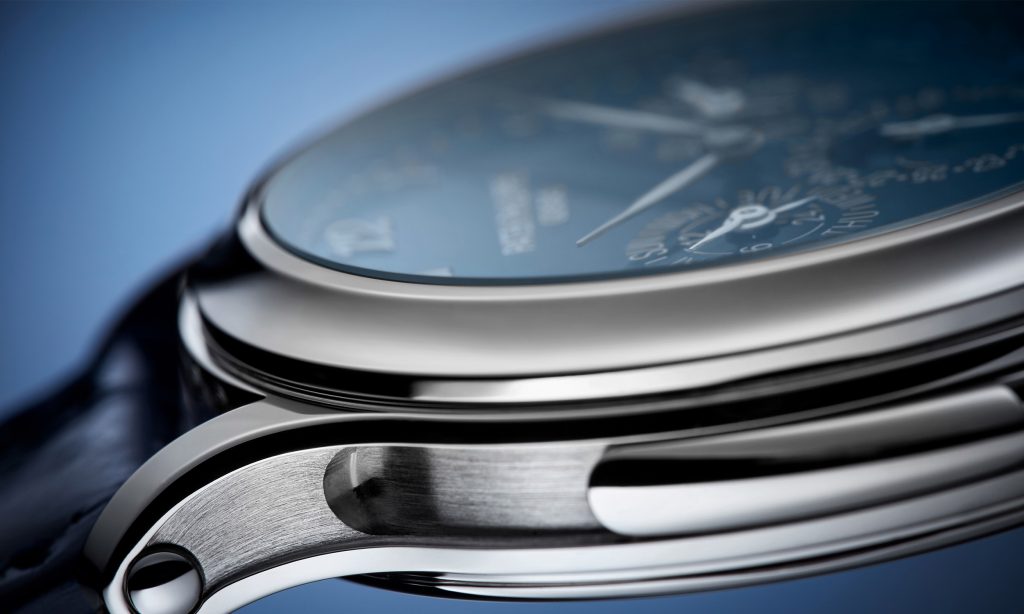 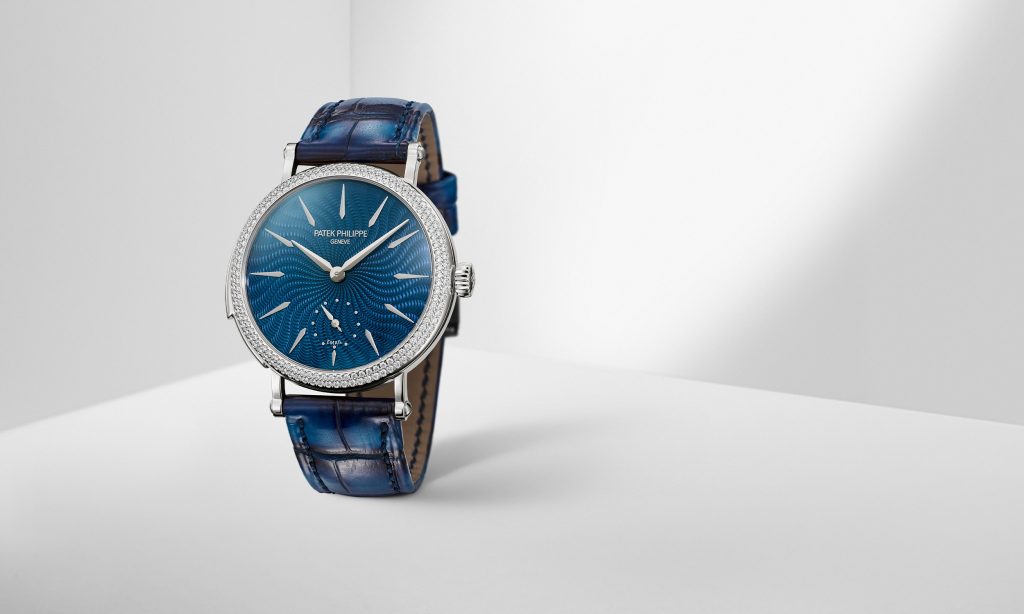 As the last independent, family owned Genevan manufacture, Patek Philippe’s unrivalled position as the leader of chiming watches today reflects the family’s passion for sound and an invaluable heritage that has been passed on from one generation to the next.

Knowing that every minute repeater has been personally examined by the President of Patek Philippe before the watch is sealed and delivered adds a unique value to any collector’s piece.

Each Petite Sonnerie, Grande Sonnerie and Patek Philippe minute repeater is the result of a long tradition, an enduring family commitment and incorporates the best of Patek Philippe micromechanics and fine finishes to create the best acoustics. A passion for sound that all Patek Philippe collectors and enthusiasts are honoured to treasure and share.

Unless otherwise stated, images are copyrighted to The Hour Glass.