Now that SIHH 2017 is in the rear view mirror and we’ve had time to digest all the new releases, let’s take a look at a handful of the most captivating pieces that the independent watchmakers located at the Carre des Horlogers, or “square of watchmakers”, had in store during the show.

Laurent Ferrier: Classical timekeeping inspired by watchmaking school.
A new line within the Laurent Ferrier’s timeless Galet Micro Rotor collection, the Montre Ecole, or “school watch”, features a new, traditionally styled bassiné case, tastefully paired with a satin-brushed silver dial. The look recalls the timepieces used by pupils at watchmaking schools for their project watches, an idea that Mr Ferrier conceived based on his experience as a watchmaking student.

The Montre Ecole is available in rose and white gold, as well as in steel that’s equipped with version of the micro-rotor movement that features a frosted finish, used by Laurent Ferrier for the first time. 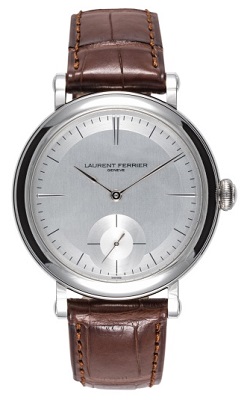 MB&F: A new Horological Machine from deep below sea level.
When MB&F began teasing about the upcoming HM7 with visuals of the movement, the watch world collectively knew that it was in for something big, however I don’t think anyone was quite ready for what Max Büsser and friends had in store!

Instead of space, sci-fi and the automotive world, MB&F took a new direction for the HM7, going deep into the sea. Inspired by a jellyfish, of all things, the HM7 is how MB&F interprets the ever-iconic diver’s watch, without actually being a diver’s watch. Featuring a high, domed sapphire crystal with a tourbillon right in the centre of the dial, this one has to be seen in the metal to fully appreciate! 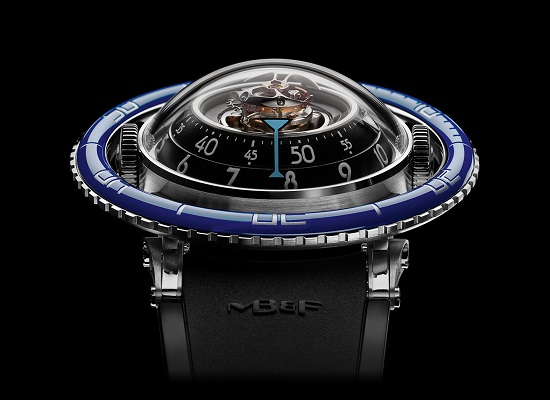 Romain Jerome: It’s still all fun and games.
Marking the playfully quirky indie brand’s first time exhibiting at SIHH, Romain Jerome brought forth several extensions to existing collections. The most notable comes in the form of a “Generational Icon”, a collaborative creation with Nintendo that pays tribute to one of the company’s earliest video games: Donkey Kong. The game also happens to be the first time Super Mario – Romain Jerome put the plumber on a watch last year – made an appearance in a videogame. 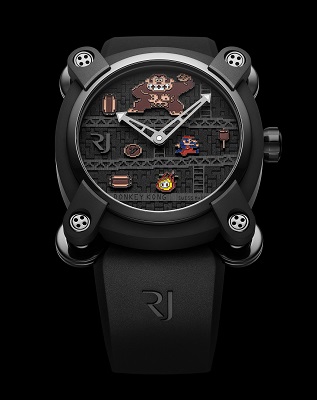 Urwerk: An appropriate 20th anniversary creation.
A 20th anniversary is no small feat for an avant-garde watch brand, especially one that’s been as instrumental in the world of independent watchmaking as Urwerk.

The UR-T8 masterfully reinterprets Urwerk’s trademark wandering-hour indication in a much grander and more elaborate manner, thanks to a new and more complex carousel mechanism that ensures the hour digit is always horizontal regardless of the time. All this housed in a reversible titanium case, with the time display on one side and a shield revealing the spinning turbine connected to the winding rotor on the other. 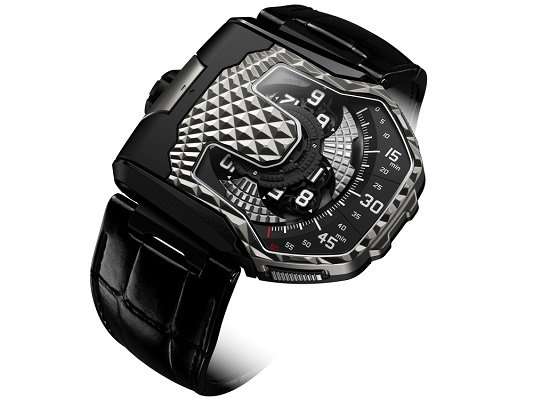 Voutilainen: Deceptive simplicity.
Not one to shy away from bringing a whimsical touch to his timepieces, Kari Voutilainen added a subtle twist to his venerable Vingt-8 for SIHH 2017. Called the Vingt-8 ISO, you might think that it is just a Vingt-8 with a different dial, but then a closer look reveals something’s not quite the same with the minutes chapter ring. 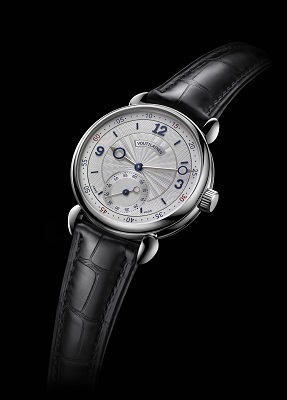