1926 was a big year for watches. Veuve de Philippe Hüther registered the trademark, “The Tudor”, and Rolex created the “Oyster” (the first waterproof and dustproof watch (which would go on to cross the English Channel the following year). Originally created as a more modestly priced alternative to Rolex watches, Tudor has forged its own identity in more recent years; a feat achieved thanks to watches such as the Black Bay Fifty-Eight (58) and the Pelagos LHD.

In those early years, Tudor made use of both the rose and shield imagery on its logo, with the shield eventually phasing out making way for the Tudor rose. Simultaneously representing elegance and strength, the shield and rose re-appeared with the re-launch of the brand in 2012. And it was quite a fitting decision in the context of their newer references. Perhaps the best representation of strength amongst the current Tudor line-up, the Pelagos (and it’s left-handed equivalent) are unapologetically tool-tastic watches. Sharing the ruggedness of the Black Bay line, with some extra tricks up its sleeve.

The Black Bay line, on the other hand, is a fine example of the dual values the brand’s logo represents. Tough, yes. But, there’s a certain beauty in the details missing from its modern diver watch contemporaries. By looking at the 58, the LHD and their top-of-the-line fabric straps, you get a sense of where the brand came from and where it intends to go. 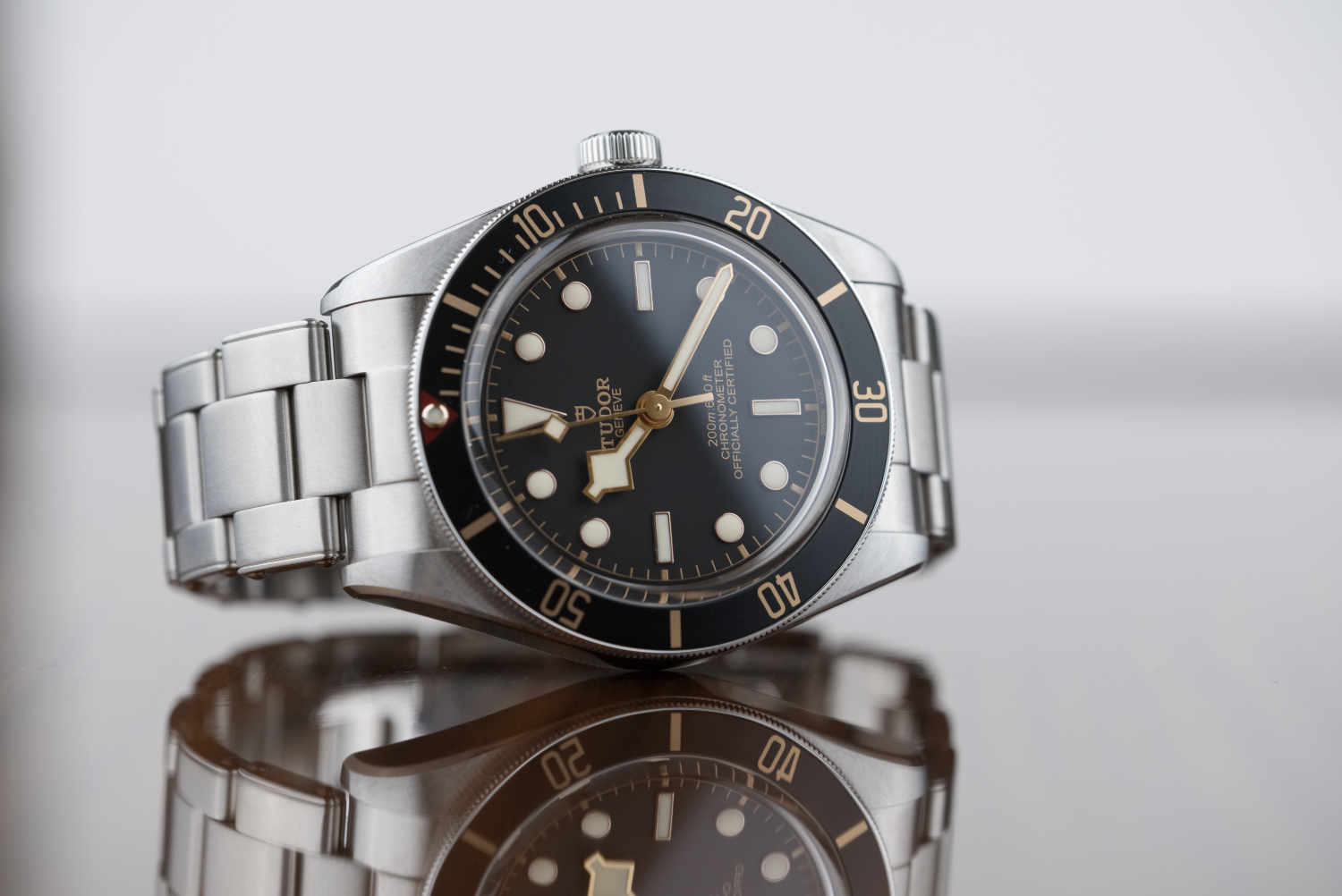 Success in the modern world: The Black Bay 58

The Black Bay is a reinterpretation of the reference. 7924 launched in 1958 which was a considerable success in its own right back in the day. This year’s equivalent, launched at Baselworld, is a thoroughly modern watch but comes with enough style cues to satisfy even the most ardent vintage Tudor watch collector. Its 39mm Black Bay 58 sits like a restrained modern sports watch, shaving off those few millimetres significantly contributes to the vintage vibe this watch gives off. The 58 is perfect for those who enjoy a large watch without the feeling of lugging around a substantial piece of metal on the wrist. 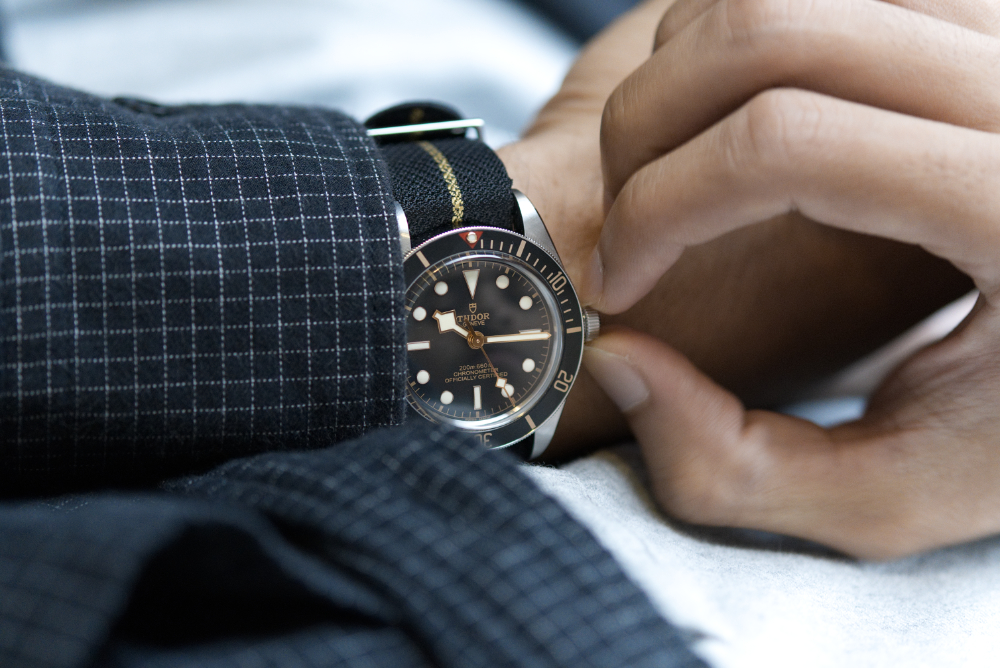 The combination of the domed sapphire crystal influenced by the vintage Submariner and the pink gold hour markers give this watch all sorts of exciting inflexions in the light. The pink gold appears again on the bezel insert giving the watch a splash of colour against the brushed steel crown tube. Tudor has successfully provided enough colour relief from the darker design aspects of the face and bezel, to bring an overall sense of balance to the watch.

For a modern variation that sets the bar even higher for future Black Bays to surpass, the quality of the craftsmanship extends beyond the watch. Tudor has made a name for itself in the strap department, its black and gold pattern provides just the right amount of visual intrigue whilst keeping the focus solely on the watch. The idea of a fabric strap being less desirable is thrown out the window thanks to Tudor’s woven method which is manufactured using old techniques by French artisan weavers.

There are plenty of reasons why the fabric strap is growing in popularity. The balance between casual and formal, comfort, a move away from leather products for ethical reasons, the list goes on. As mentioned earlier, Tudor utilises a French artisan woven method which places them in front of the pack concerning strap quality. 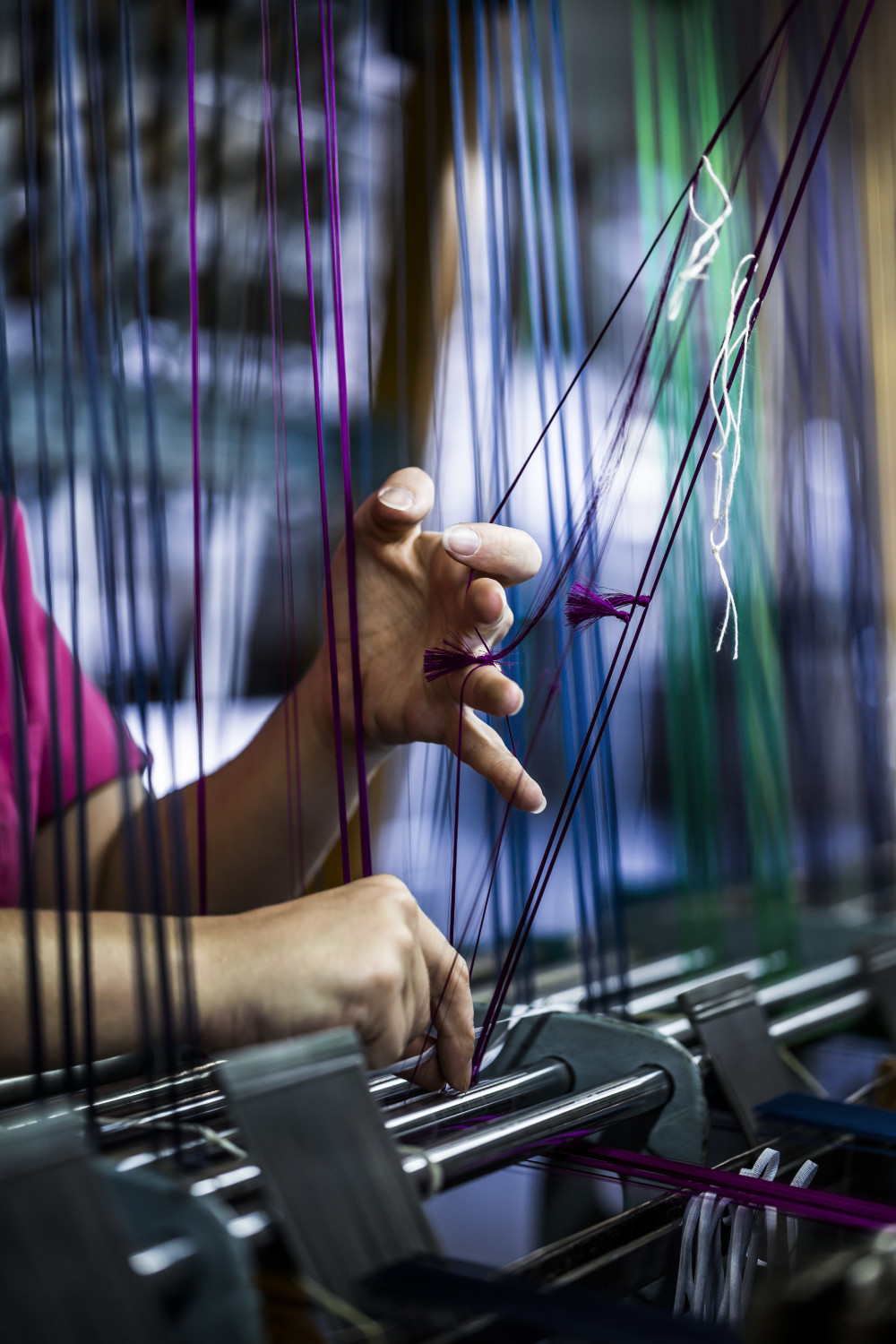 Tudor was one of the first companies to recognise the stylistic potential of the fabric strap and immediately approached Julien Faure, a well-established traditional passementerie company that used the technique of “Jacquard” weaving. This style not only allowed for more complex motifs but also produced a dense weave and high thread count meaning the quality and reliability of Tudor straps are impeccable.

The fabric strap allows for a diverse range of design possibilities on one of the most underused sections of real estate. While some feel that it cheapens the watch, you need only point them towards the Tudor Black Bay collection to change their minds. Many that fabric strap, don’t go back. 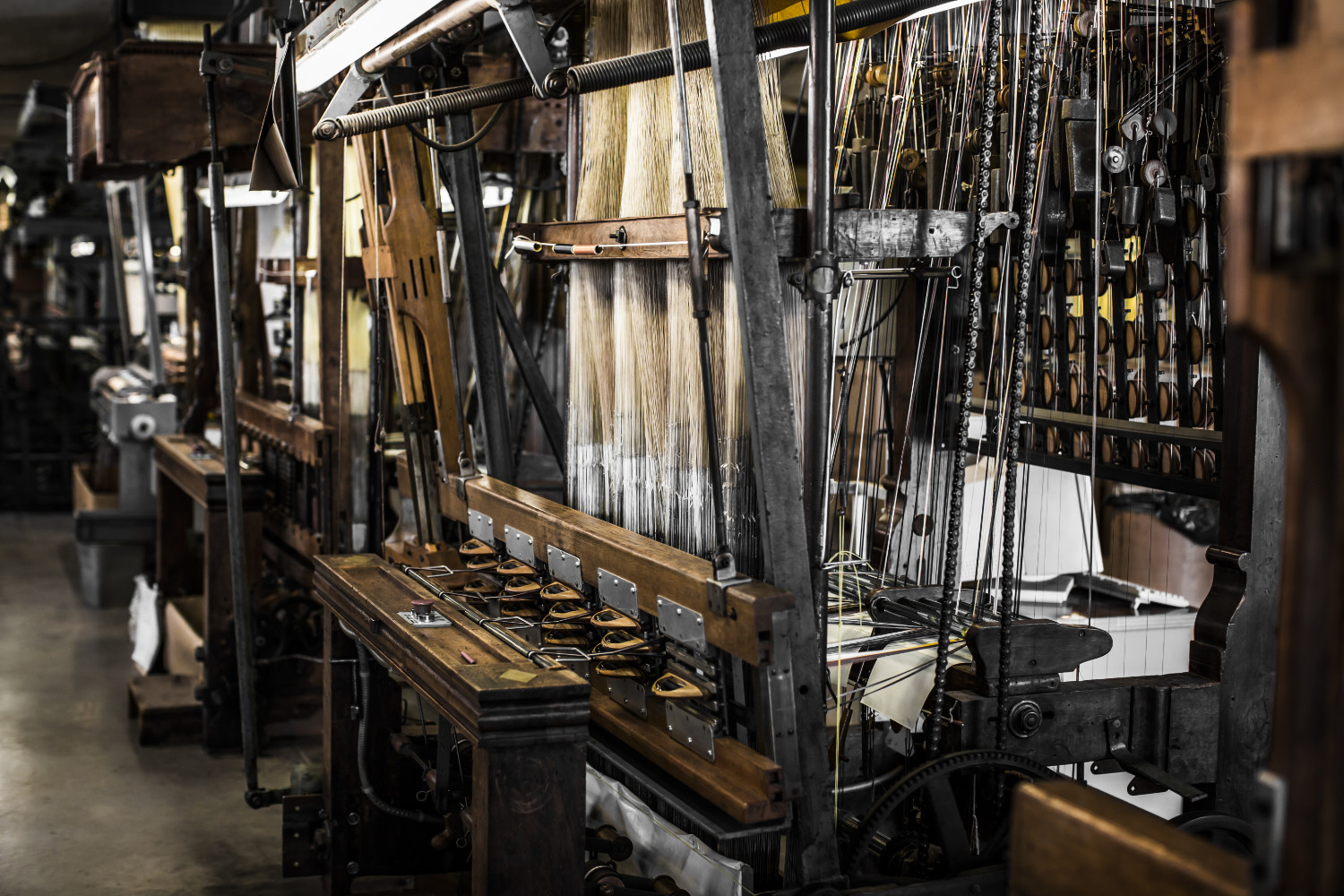 Although not as new and not as talked about as this year’s Black Bay GMT and Black Bay 58, the Tudor Pelagos LHD (“Left Hand Drive”, named for the left-handed placement of the crown on the watch case) is deserved of mention in part due to its success in creating a serious diver that encapsulates today’s watchmaking technology with the design inspiration from the manufactures heritage. With a titanium case, a matte ceramic bezel and a helium-escape valve, there’s’ no doubt this watch aims to find itself on the wrists of professional divers. It comes with a rubber strap, which is fantastic. But there’s no going back from the innovative, and ridiculously convenient micro-adjustment system present on the bracelet.  Inside it’s pretty good as well, housing the in-house calibre MT5612-LHD with silicon balance spring.

If you are familiar with the current Pelagos, (and aside from the vintage-inspired colour scheme) then the crown placement will be the only surprise to you in the LHD version. So why the subtle change just for lefties? Once again this is a nod to the experienced diver who wears their watch upside-down on the right wrist purely for the use of the bezel and minute hand. The LHD is a numbered limited production watch, individually numbered on the rear of the body. Not to be confused with a limited edition.

There’s no question that Tudor has moved out from under the Rolex shadow, forging an identity and earning the respect of many watch collectors out there. As vintage design grows in popularity Tudor is well poised to reap the benefits. Few brands give vintage flair the seamless modern splash that Tudor excels at, and with their affordable price point, there is no reason for a slow down any time soon.