Dive watches have long been a favourite of the watch community. From the desk of an office to the deck of a boat, watches designed for aquatic athleticism make for versatile and trusty companions on the wrist. Omega Seamasters have been popularising dive watches since the 1930s, but recently the Biel/Bienne based watchmakers have gone a bit deeper – so deep in fact that with the Seamaster Planet Ocean Ultra Deep Professional, they have broken the record for the world’s deepest dive. Here we take out the periscope to have a look at how it all happened. In a world first, Victor Vescovo is currently leading the Five Deeps Expedition with the aim to reach the bottom of each of the five oceans: the Arctic Ocean, the Atlantic Ocean, the Indian Ocean, the Pacific Ocean, and the Southern Ocean. Each sea floor has been reached at the time of writing except for that of the Arctic Ocean. Vescovo and his team have clearly embarked on a project that is bold, unique and incredibly exciting for fans of diving, watches, and everything in between. At 10,928 metres, the deepest point of all is located in the Eastern Pool of Challenger Deep in the Pacific Ocean’s Mariana Trench. Naturally, this is where Omega comes in. When Vescovo piloted his DSV Limiting Factor to the deepest known point in the world, it was an Omega Seamaster Planet Ocean Ultra Deep Professional strapped to the robotic arm of the vessel (well, three watches were strapped to each of its three arms). A watch like that has to withstand unbelievable pressure at such unfathomable depths, but we will get to the technicalities soon. The previous record was set in 1960 when Don Walsh and Jacques Piccard descended as far as 10,916 metres with a prototype Rolex Deepsea Special. In beating the longstanding record by 12 metres, Omega have reminded the watch world that when it comes to dive watches, they are amongst the best in the business and rarely out of their depth. Meeting the Demands of the Ocean

At 26mm in thickness, the Ultra Deep Professional is an absurdly robust timepiece. It shares the same dial, hands and indexes as the regular Seamaster Planet Ocean 600m, but the case makes all the difference. In a patent-pending design, the crystal is joined to the titanium case using the company’s Liquidmetal technology and seeks to distribute pressure in a similar way to how viewports are incorporated into DSVs like Vescovo’s Limiting Factor. The best part is that the grade 5 titanium used to make the bezel, case, case-back and crown was cut from the actual hull of the very vessel which would accompany it to the bottom of the ocean. Breaking the record meant that the watch could continue ticking along accurately at a depth of 10,928 metres, but Omega promises that the Ultra Deep Professional could indeed withstand pressure up to 15,000m – alas, we are yet to find anywhere in the ocean deep enough to try. In their typical fashion, Omega insisted upon Master Chronometer certification. The watch was built for a very specific purpose: to go deeper than any watch has ever been before. It is very unlikely that Omega will ever produce such a model to be sold from the shop window (perhaps just as unlikely as its record ever being broken) however, dive watch fans still have reason to rejoice. The company hopes that the technology produced for the occasion will one day be industrialised so that elements of its unrivalled durability can be incorporated into commercial models. 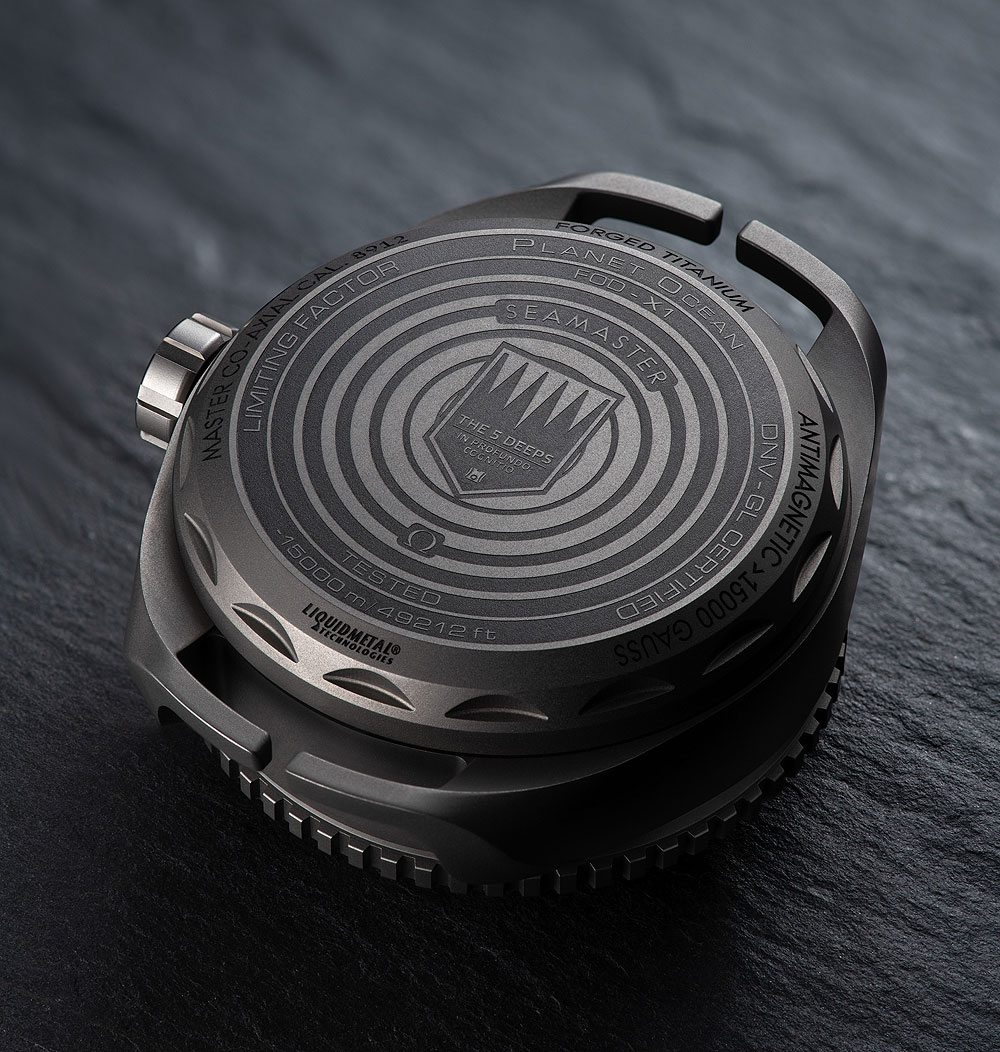 Breaking the diving record has proven to be yet another example of Omega daring to innovate in recent years. From the integration of the Co-Axial escapement (a career-defining design from the legendary independent British watchmaker George Daniels) into almost all of their watches, to the introduction of 10-day METAS-approved testing in pursuit of Master Chronometer certification, it certainly cannot be said that Omega rests on the success of its illustrious past; a past which of course holds a long history with the sea. The Seamaster is the collection longest in production from the company, and before the Seamaster, Omega released the first watch to be tested and qualified specifically for the purpose of diving. Starting at 60 metres, then 200 metres, then 1000 metres and now 10,928 metres, the history of Omega pushing the limits of how deep its watches can go is a watchmaking history which asserts a unique relationship between innovation and the open waters. With the surface of the moon and the darkest depths of our ocean floor ticked off the list, it seems now an impossible task to think of any location where an Omega could not travel. The question is: where to next?