Haute horlogerie is chock-full of little details that the untrained eye as well as the expert can appreciate. One such feature we tend to overlook, and dare I say, sometimes take for granted, is blued steel.

I’ll say it outright: the primary reason to blue a steel component is first and foremost for aesthetics. Blued steel screws and hands were a common feature in watches made by some of the greatest watchmakers of centuries past, such as Abraham-Louis Breguet and John Arnold, and today they still tend to convey a sense of superior hand-finishing and decoration.

But there’s also a much more pragmatic reason to blue steel parts, and that’s for longevity. Typically, the bluing is the final part of a component’s hardening or tempering process, actually softening the metal slightly so that it’s not so brittle after heat hardening.

Today there are numerous means to achieve a blued steel part, but not all are equal. In lower-end watches we usually see chemically or galvanic blued steel parts, which tend to have a flat blue surface layer that almost looks painted. In the upper echelon of watchmaking, we’re talking about flame-blued steel parts, achieved either an industrial oven or done by hand over a flame.

As the blue surface is simply a thin oxide layer – the heat causes a chemical reaction on the surface of the steel – the challenge in creating homogenously blue steel parts void of any blemishes lies not just in the unforgiving process itself, but also the meticulous preparation and cleaning of the component beforehand.

Let’s look at a few examples of how different brands and watchmakers make use of blued steel:

Independent watchmaker Roger W. Smith typically flame blues steel components one by one, where some variance in color between one screw and another is to be expected, and even admired as a sign of hand-made production the old fashioned way. 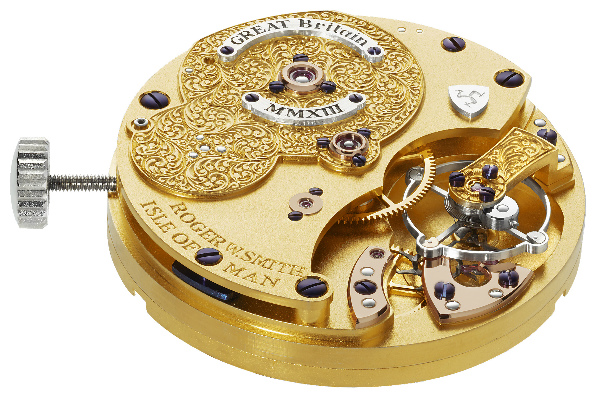 Roger Smith typically flame blues steel components one by one and color variance is to be expected and even admired as a sign of hand-made production.

Breguet is perhaps synonymous with blued steel. Almost every watch comes with blued steel Breguet-style, or pomme, hands, as was the case historically. A piece that really showcases this is the La Tradition, a modern interpretation of a historical Breguet pocket watch that features prominent blued screws on the movement exposed on the dial-side of the watch. 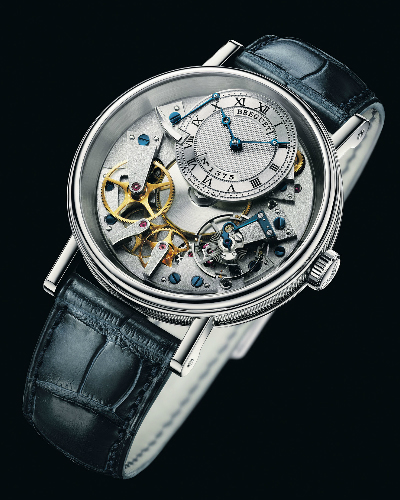 The Breguet La Tradition features prominent blued screws on the movement exposed on the dial-side of the watch.

While Patek Philippe isn’t exactly known for its use of blued steel screws, it has occasionally used blued steel hands, and more interestingly, a blued steel alloy hairspring for some of their most complicated watches.

Girard-Perregaux also uses blued steel components sparingly as the occasional highlight. One example includes the screws on its emblematic Three Golden Bridges Tourbillon and occasionally for hands on some of their more classical offerings like the 1966. 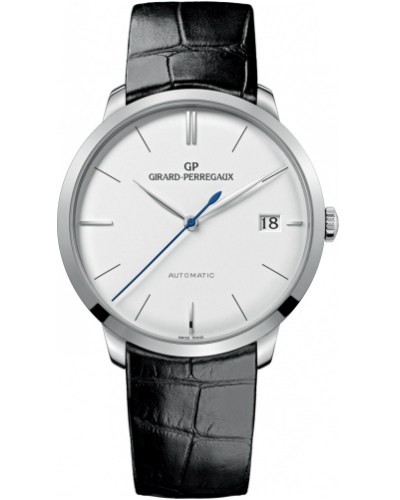 Girard-Perregaux uses blued steel hands on their classical models like the 1966.

And with the advent of new metals and alloys in watchmaking over the past few decades, some brands have gone beyond bluing just steel. De Bethune takes the process a step further by bluing titanium, treating it with a technique similar to bluing steel. De Bethune does that not just for movement parts, but also entire dials and cases, making the deep metallic blue finish synonymous with the brand. 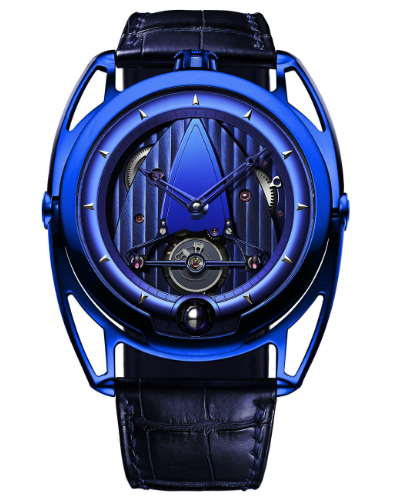