Ulysse Nardin – Precision Through Ingenuity: A Tale Of Timekeeping Evolution For 170 Years

Technology is driving the world at unfathomable speed. For watchmaking manufacture Ulysse Nardin, it has captained its course for almost two centuries. Calculating the waning and waxing of the moon to harness time and tides with exactitude, Ulysse Nardin changed how the world told time. Innovation upon innovation, it steers the craft into the future, marrying the age-old art of high horology with transformative technology, astounding with breakthrough performance and original design.

Founded in 1846 by 23-year-old Ulysse Nardin, the brand, which still bears his name, carries on his entrepreneurial spirit, always thinking about the next great development. He took note of the rising demand for marine and pocket chronometers, and so began Ulysse Nardin’s leap into nautical navigation. 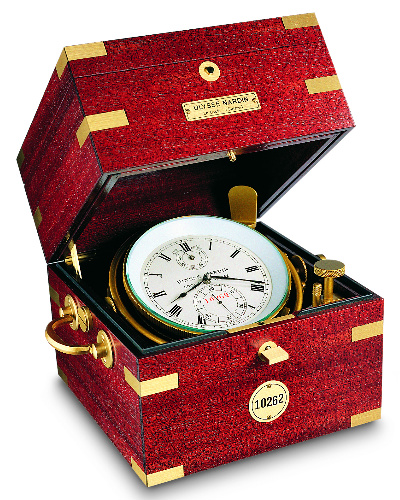 In the 1870s, navies and international shipping companies became equipped with Ulysse Nardin marine deck chronometers, giving sailors timepieces that aided them in faster and safer passage. Civilians possessed its pocket watches, guiding them to conduct their businesses and daily lives with greater structure and convenience. These early Ulysse Nardin timekeeping inventions became instruments for accuracy and catalysts for efficiency across trades and continents; contributing to modern society and charting the course for the manufacture’s future.

From this point forward, there was no stopping the Ulysse Nardin name. Originating from skill and strategy; fostered by an in-depth horological ecosystem; driven by a continuous stream of innovative ideas; and run by a culture with a progressive mindset, Ulysse Nardin embodies a legacy and future filled with resilience, change, and pioneering style paired with science.

Over decades, Ulysse Nardin secured 4,300-plus watchmaking awards, 18 of which are gold medals.

Yet, it was in 1983 when things became even more interesting. Rolf W. Schnyder took over the company and joined forces with Dr. Ludwig Oechslin; together they formed a collaboration crowned with monumental achievements. 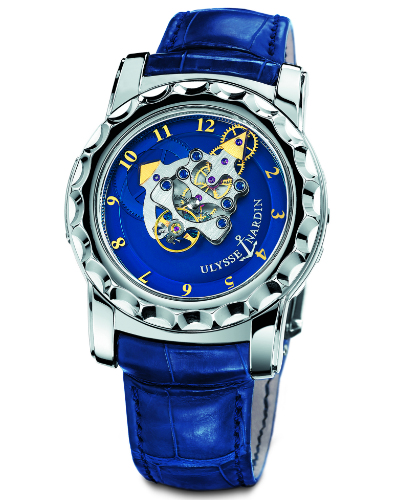 The first Freak timepiece introduced in 2001 that shook up the entire watch industry.

Some of the most notable accomplishments include the introduction of iconic timepieces like the 2001 Freak, which tells time by its movement, not by its hands. The Freak set the stage for Ulysse Nardin’s presentation of novel mechanisms. 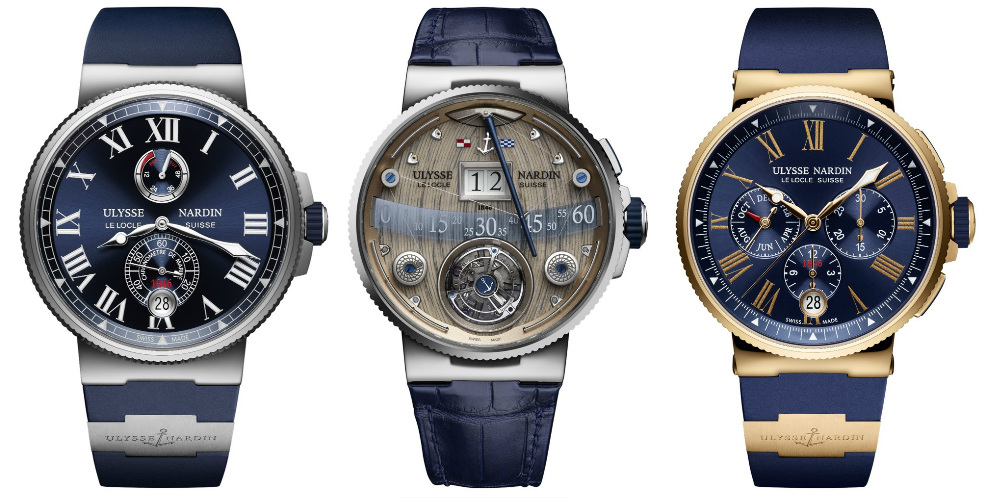 And, it is the Marine collection that anchors Ulysse Nardin’s past to the ocean while casting its seafaring skills on today’s exemplary Marine Diver and Marine Chronometer. 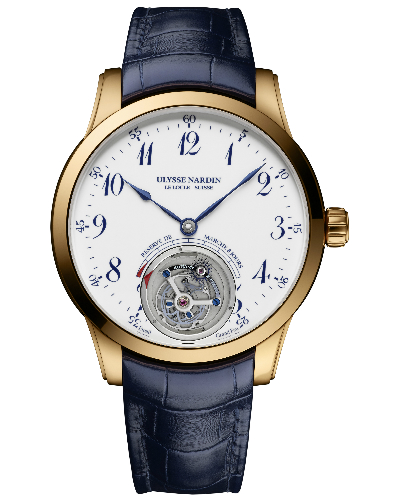 The Ulysse Anchor Tourbillon is the quintessence of avant-garde mechanical technology, timelessly arrayed in gold and enamel. The Ulysse Anchor Escapement is the outcome of eight years of research and development, made entirely of silicium showcasing Ulysse Nardin’s spirit of innovation.

Other cutting-edge advancements comprise Ulysse Nardin being the first watchmaker to incorporate the use of silicium technology, and the development of ground breaking movements such as the Dual Ulysse escapement, Ulysse Anchor and the UlyChoc shock absorber.

As Ulysse Nardin enters its 170th year, it does so as an imaginative futurist, uniting its exploratory nature with its expertise to clear the path for more inventiveness; innovative elements once reserved for milestone pieces are making their way into core collections. With six exquisite families of watches and the greatest number of patents in mechanical watchmaking, Ulysse Nardin will flow forward, stretching the limits of design, engineering and technology, and, of course, surprising watch enthusiasts around the globe.

The Art of Breguet: Discover the Forefather to Contemporary Artisanal Watchmaking

Live Long and Prosper: URWERK Launches the New UR-120 aka “Spock”