Tissot celebrates its historic ties to motor-racing with a re-issue of a seventies style chronograph. Measuring in at 43 mm, the Heritage 1973 has a silvery grey dial with matte black counters. Available in a limited edition of 1973 pieces. In Singapore, the Heritage 1973 is carried at our Watches of Switzerland boutiques (and The Hour Glass Parkway Parade boutique). 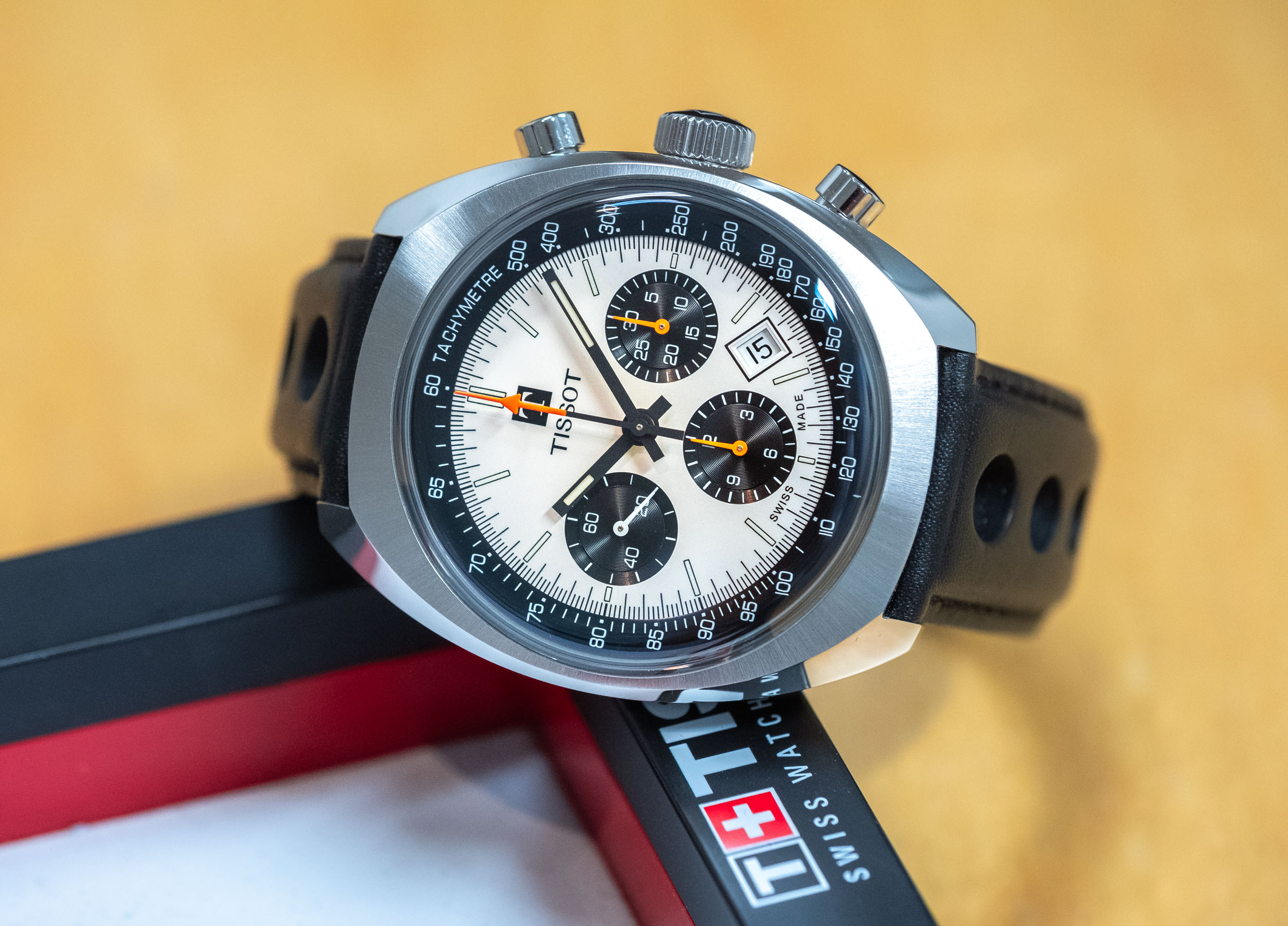 True to the spirit of the racing timepieces of the 1970s, the Tissot 1973 is a shaped chronograph, an oval cushion with domed lines in its three dimensions. Its crystal is a glass box cut in sapphire. Its second and chronograph hands are orange. The hour and minute hands are rectangular batons ending in a white tip.

The dial is silvered with black counters and tachymetric dial edge, for a Panda-style effect. The overstitched black calfskin strap is a reproduction of the one Tissot had invented and patented in the 1960s, characterised by its large perforations. It alludes to pilots’ steering wheels of the time. 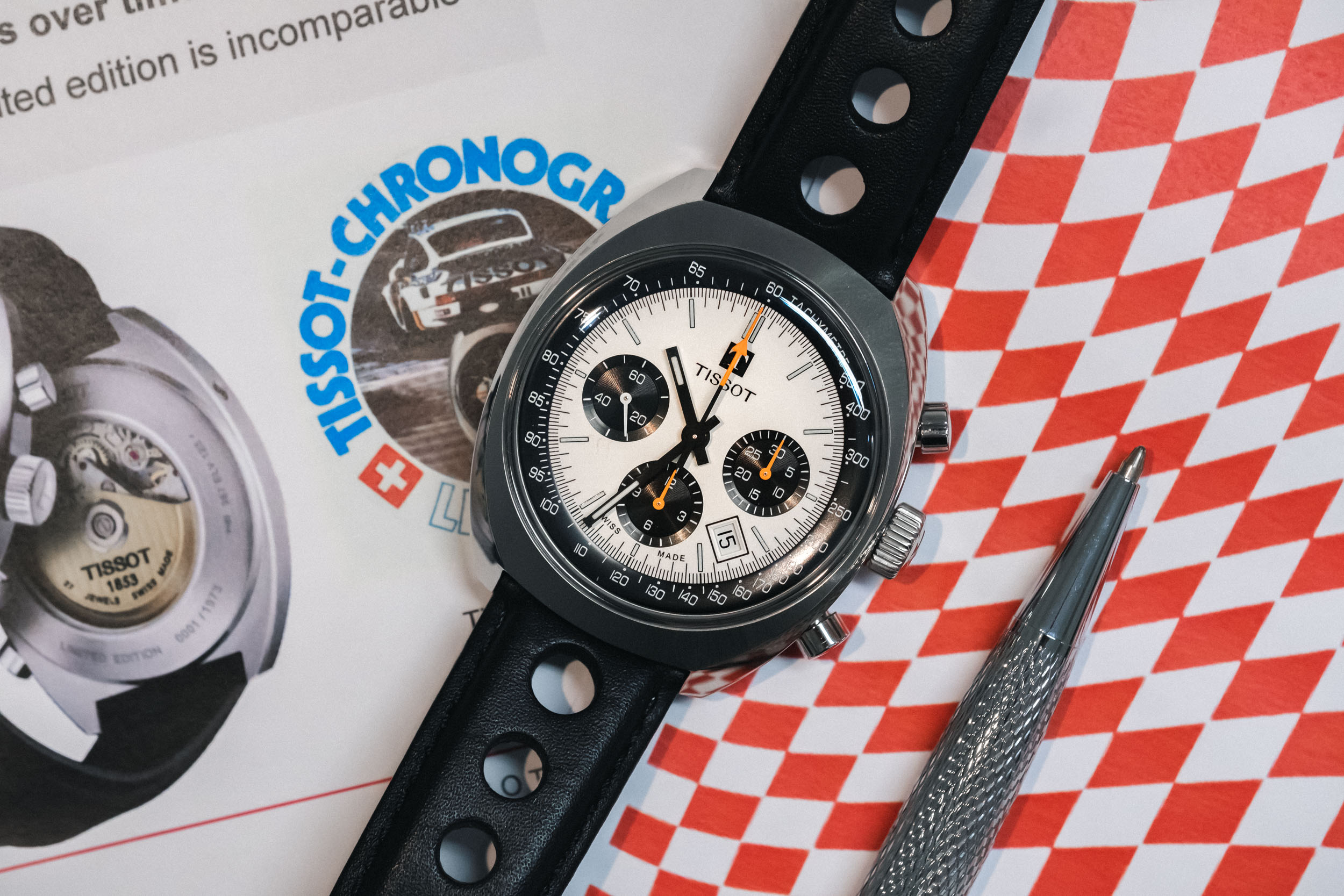 Lineage of the 1973 Heritage

To create the Tissot Heritage 1973, Tissot took its inspiration from a model stored in its archives. Dating back to 1973, the Tissot Navigator was a key timepiece in the partnerships tying Tissot to motor-racing. From 1973, Tissot worked with Alpine which dominated the rally circuit. In 1974, the brand joined forces with Porsche for the Le Mans 24 hour Gran Turismo race. In 1977, Tissot even gave a name to an F1 car. But, in particular, a very strong bond was forged between the brand and the Swiss pilot, Loris Kessel, who competed in Formula 1 in 1976 under the Tissot banner. Like many pilots, Loris Kessel was fanatical about engines. He had founded car dealerships in the Tessin area together with a racing division and another division dedicated to classic racing. This network was taken over by his son, Ronnie Kessel. In 2018, Tissot rekindled its partnership with the Kessel family by becoming the official partner of Kessel Classics, which owns Tissot Formula 1. This black and white car has excelled in competitions like the Monaco Historic Grand Prix, which it won in 2016. 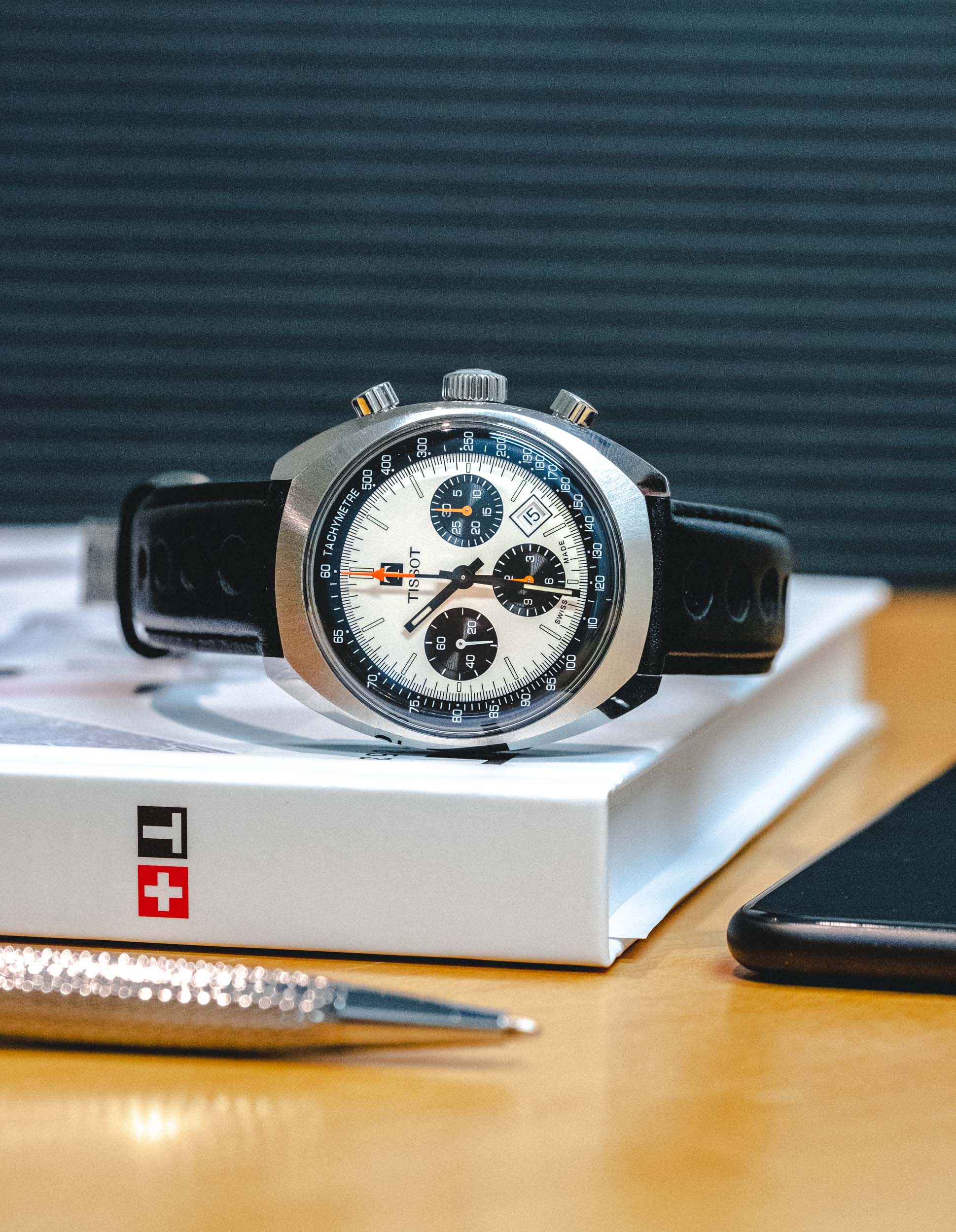 The three dimensions of the steel case of the Heritage 1973 are curved. Its glass box is domed, following the same line, as are the horns and arched case back. They allow the 43-mm wide case to comfortably fit the wrist and easily slip under a shirt cuff. The finishing of the case back is also sophisticated. The bezel is satin-finished, the bezel that follows the lateral line of the case is burnished while the side is satin-finished. The finishing quality has rarely been achieved in a watch of this type. 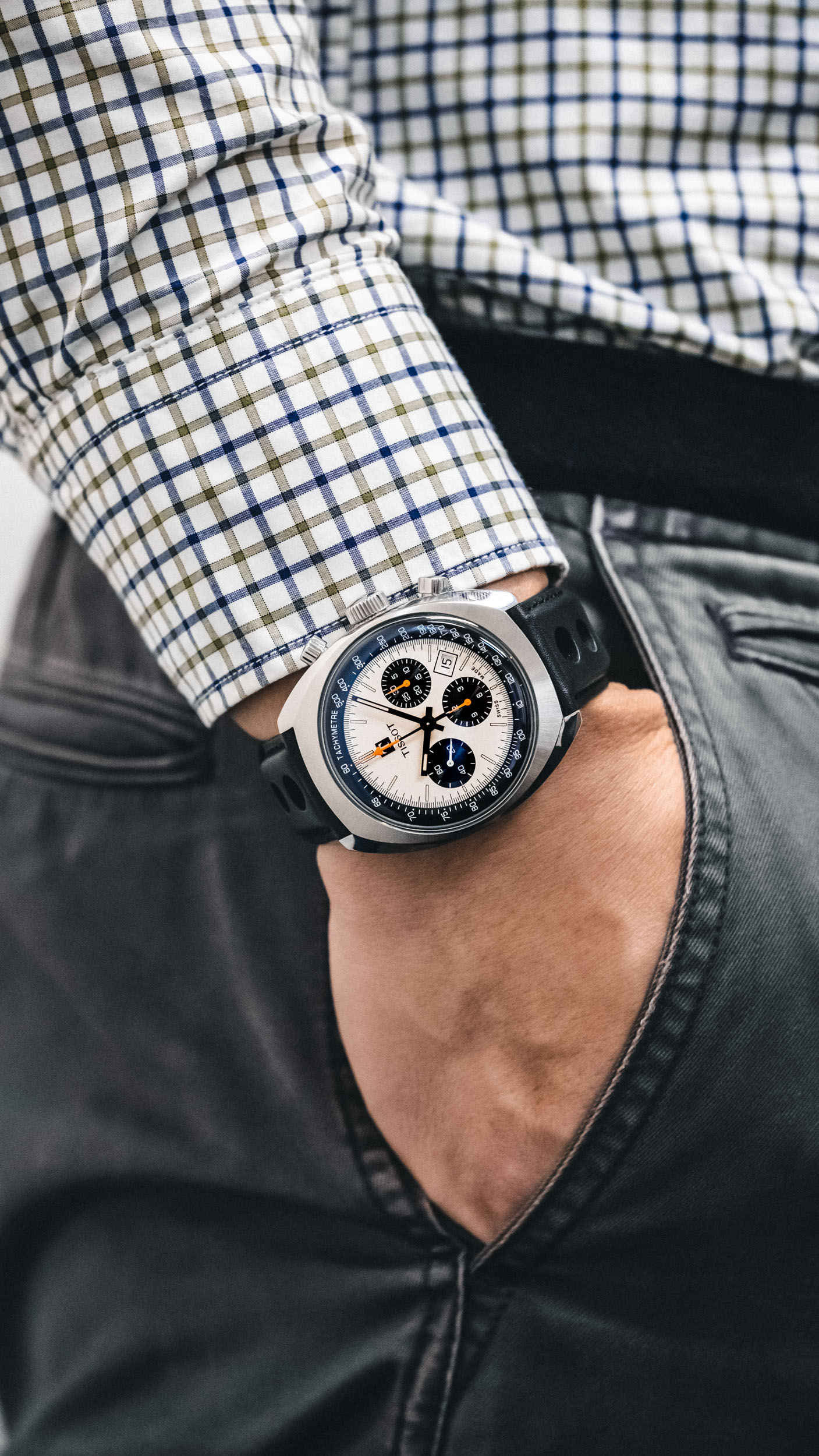 There is, therefore, a direct connection between 1973 and 2019. Tissot revives its design heritage by faithfully re-issuing one of its finest chronographs. By rekindling a relationship that ties Tissot to the Kessel family, Tissot recalls its attachment to motor racing. 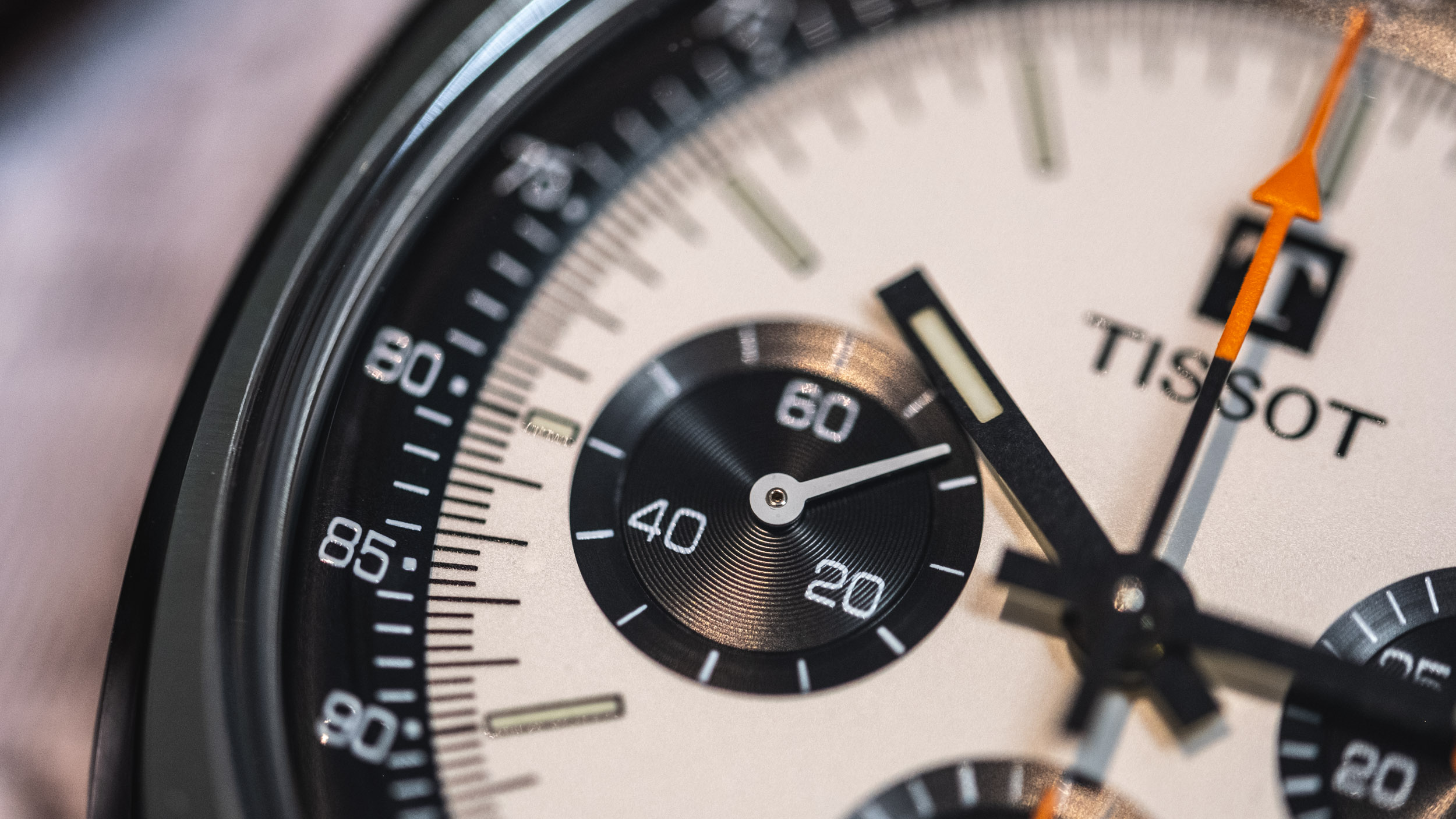 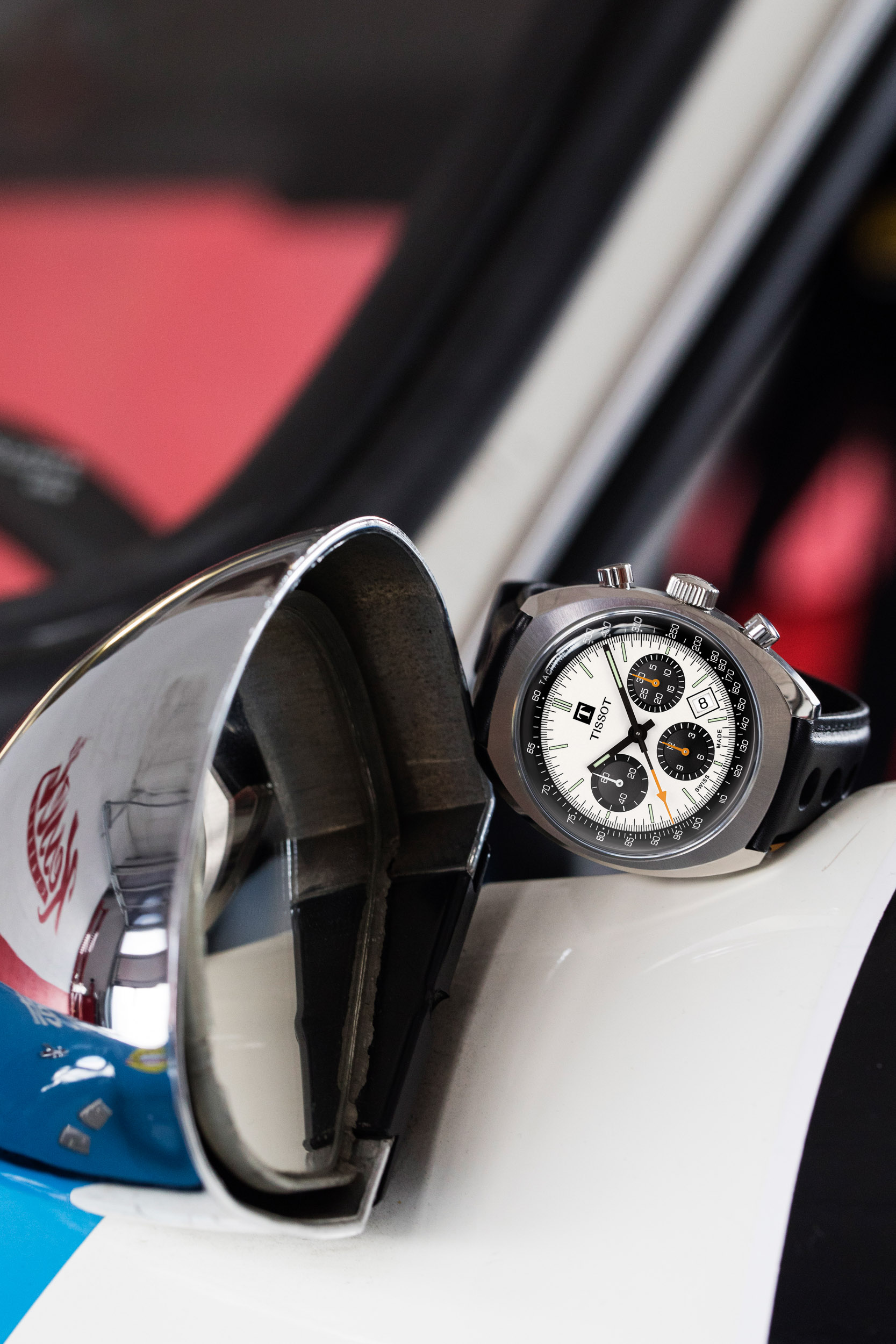 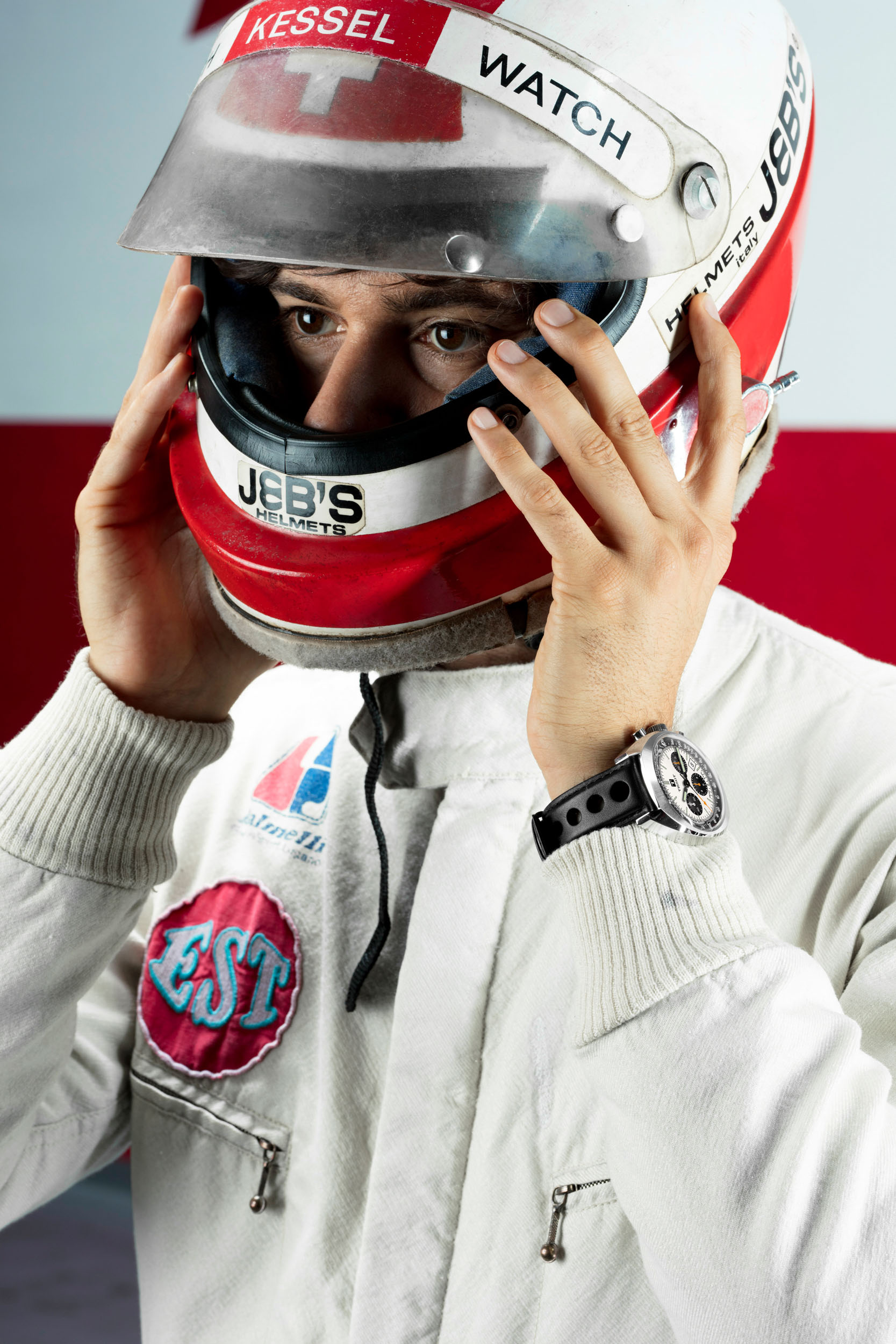 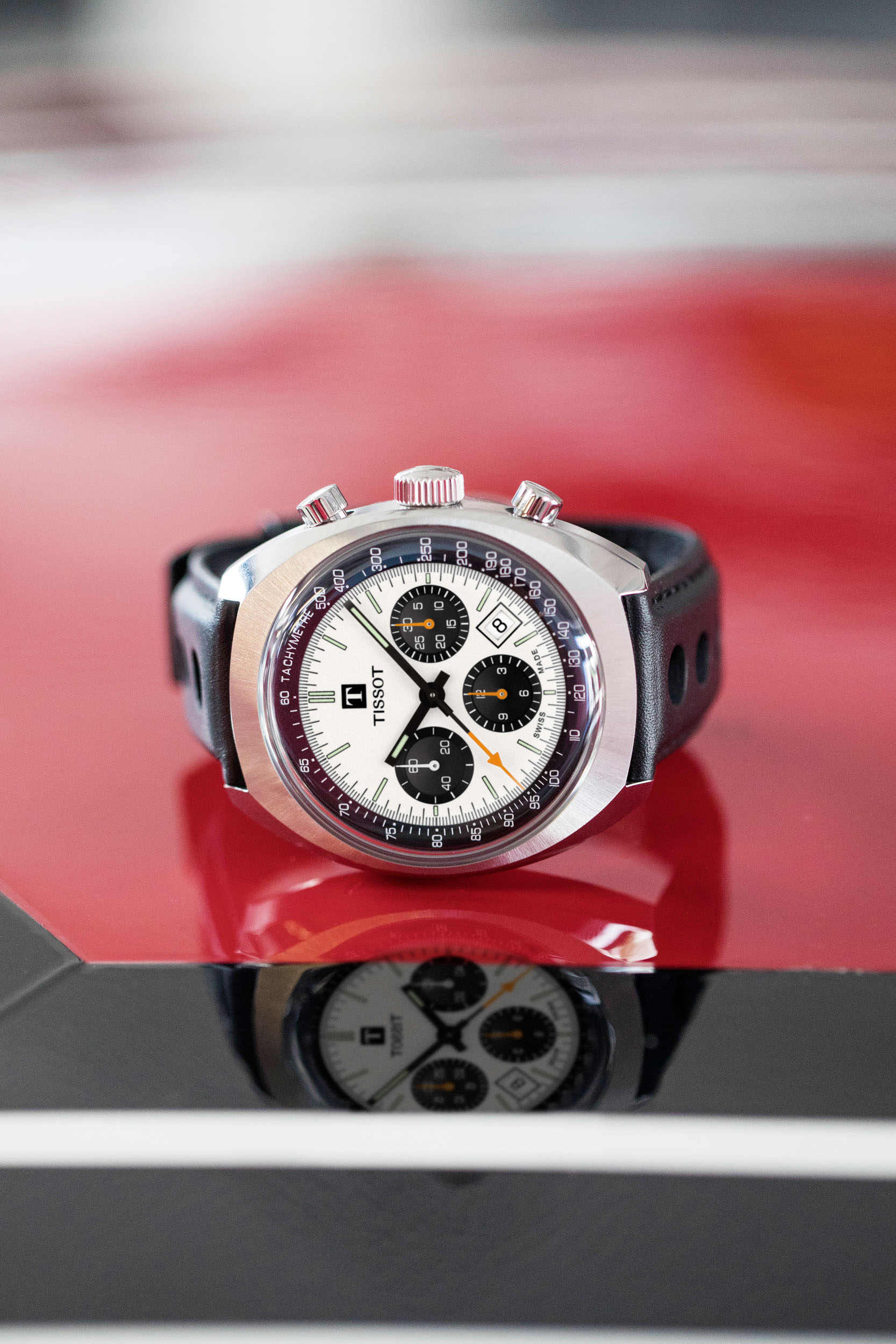 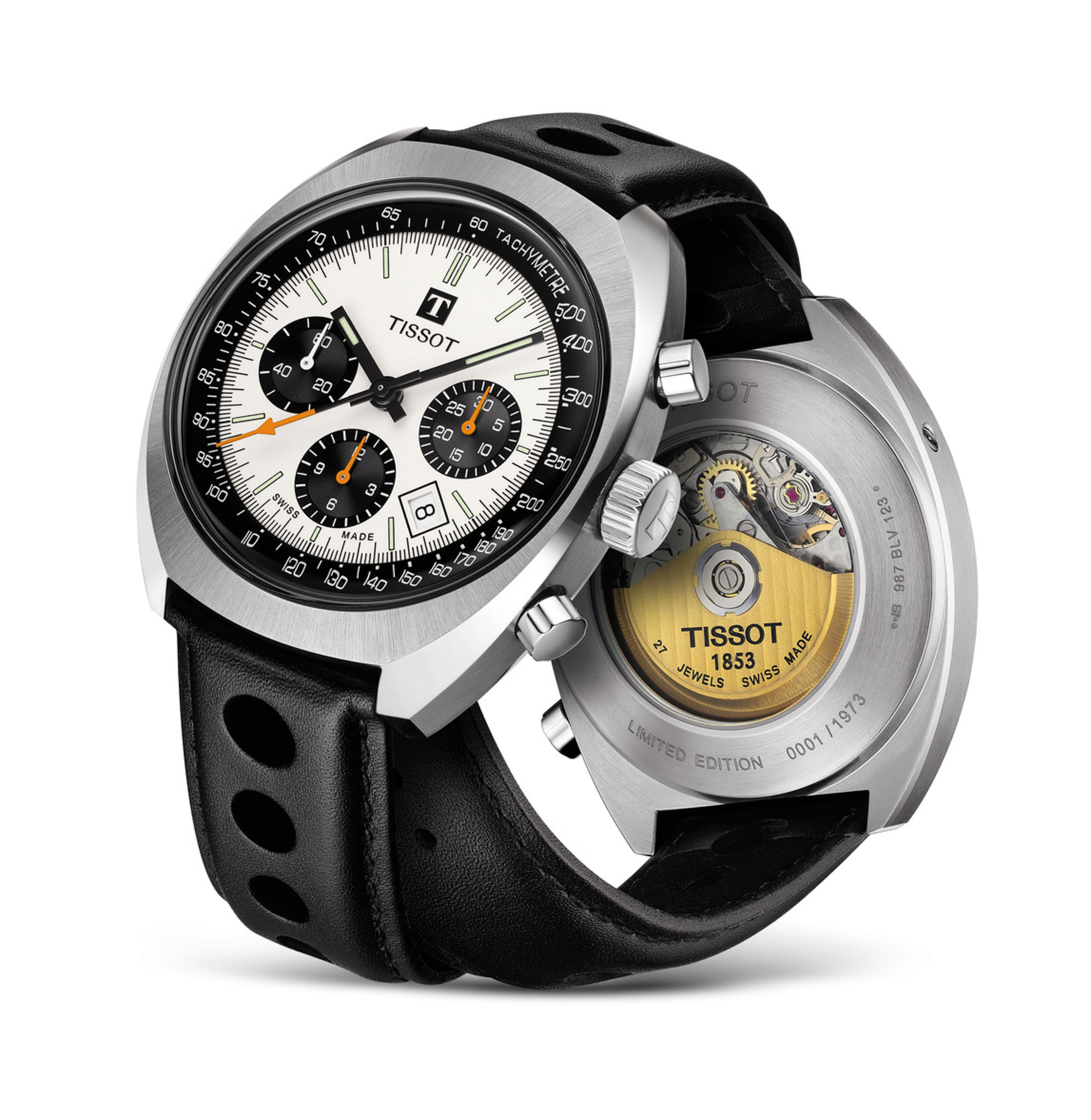 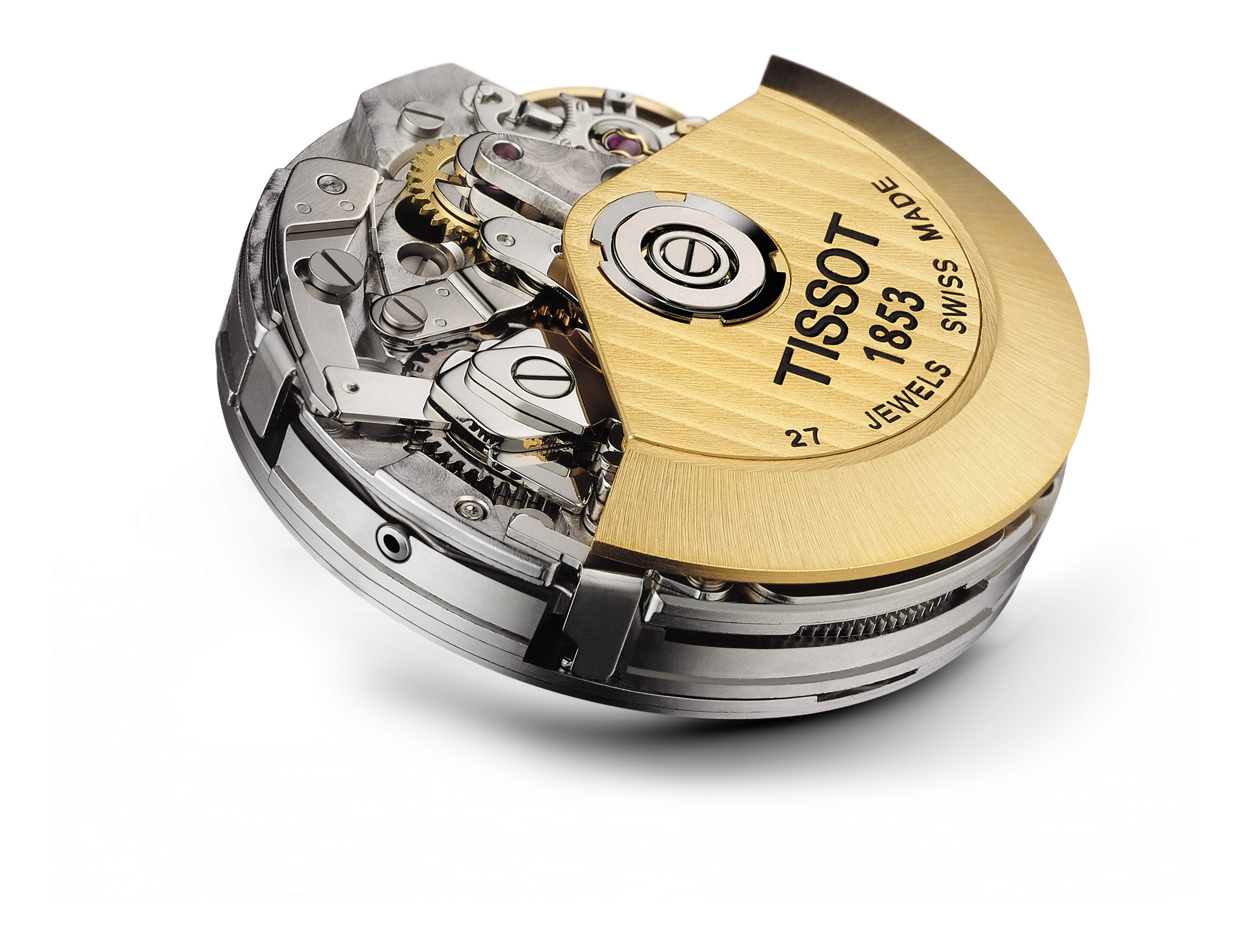