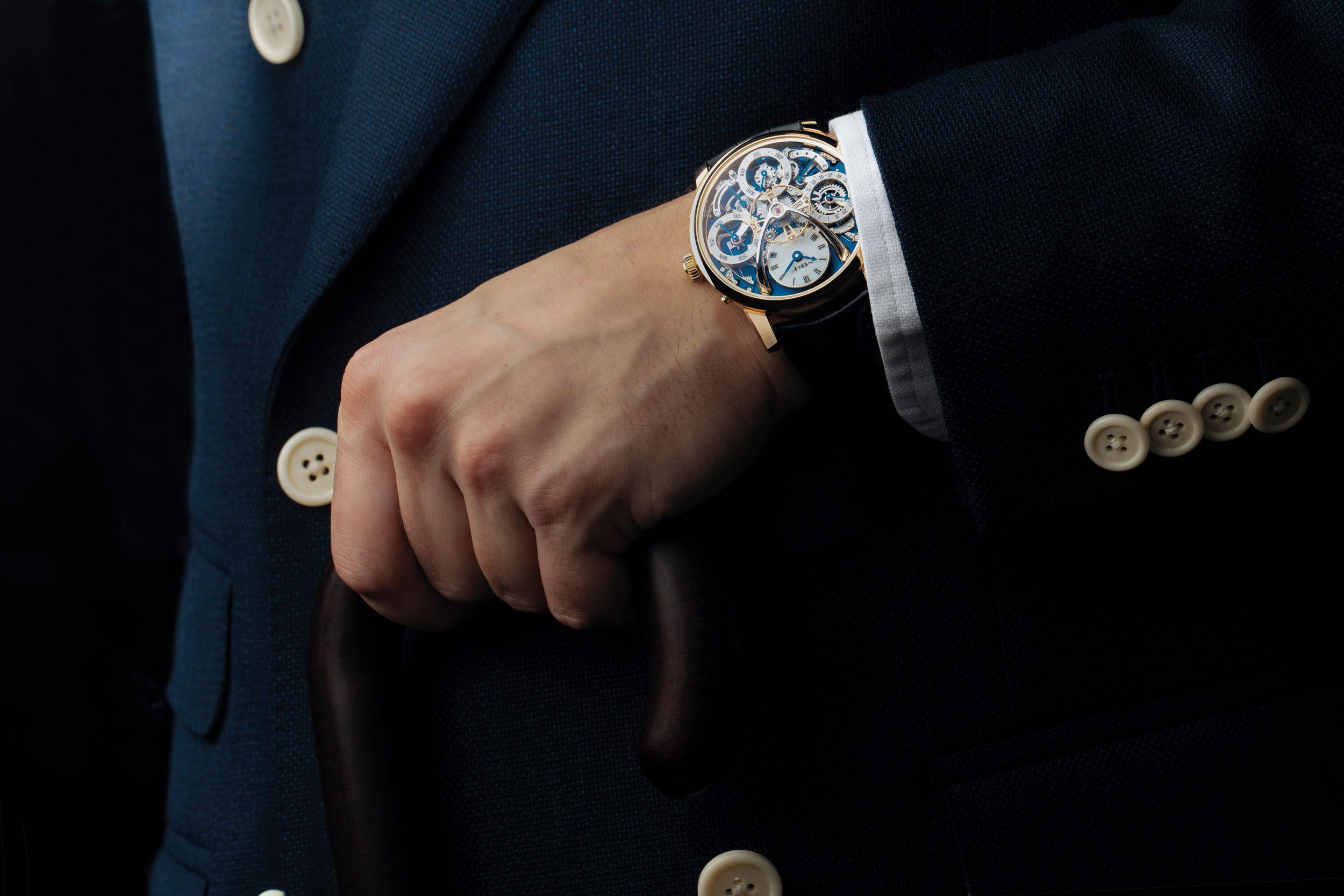 After several successful Horological Machine, Max Büsser next set his sights on the creation of a Legacy Machine. Asking himself, “What would have happened if I had been born in 1867 instead of 1967?”. Rather than draw inspiration from pop-culture, Legacy Machines would be inspired by the likes of Jules Verne and Gustave Eiffel. Legacy Machine No.1 launched in 2011, follow by LM2 and LM101, in 2013 and 2014 respectively. During the next year, MB&F would open their second M.A.D Gallery in Taipei, celebrate their 10th anniversary and reinvent the perpetual calendar (LM Perpetual). 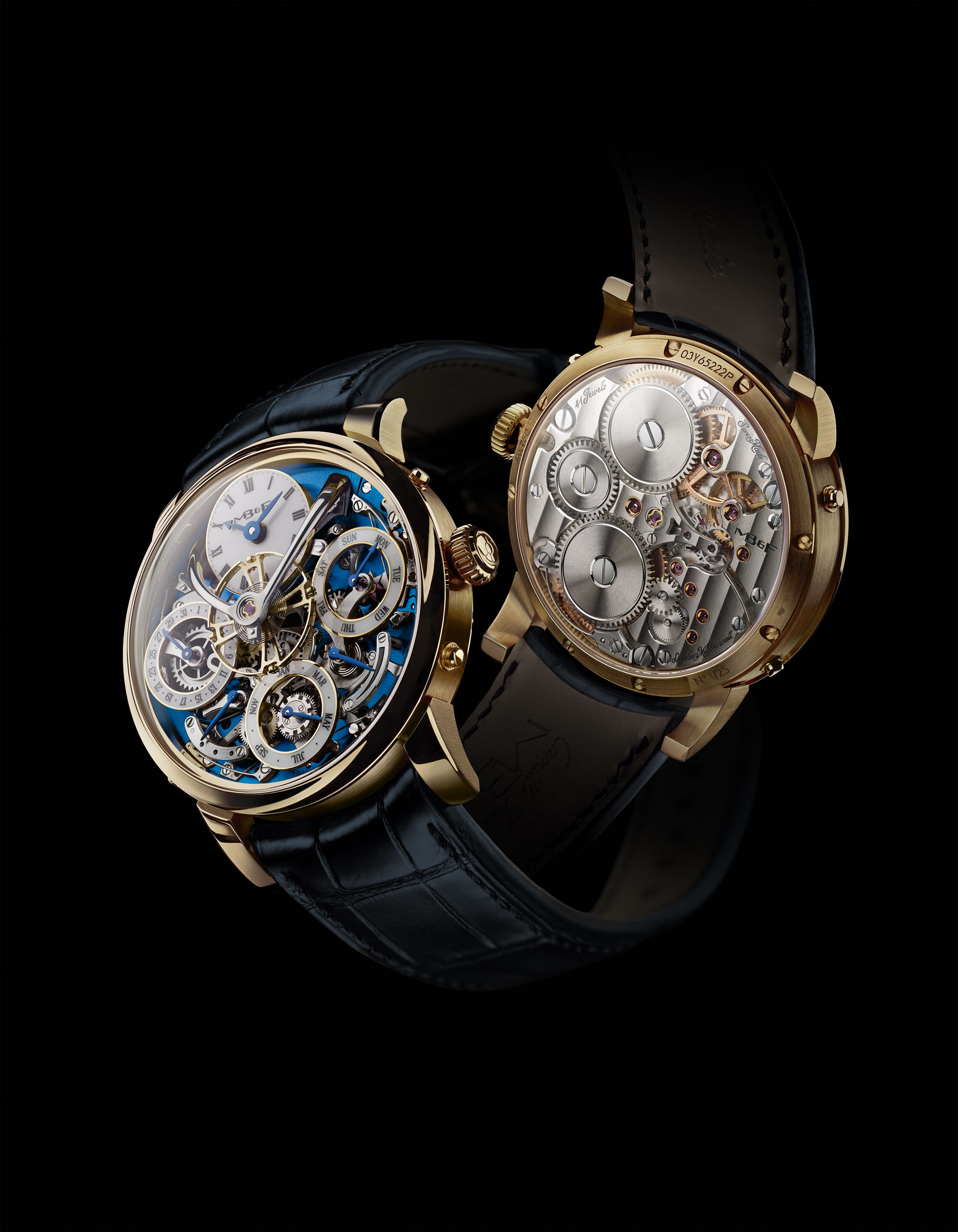 The LM Perpetual traces its origins to a meeting between Max Büsser and long-time friend of the brand Stephen McDonnell. As Max was toying with the idea of developing a perpetual calendar as the fourth Legacy Machine, Stephen mentioned that he had an idea for a perpetual calendar that addressed many of the drawbacks associated with conventional examples: blocked mechanisms and inconsistent calendars which would unexpectedly jump days. Three years later, the first LM Perpetual was unveiled. The fully integrated, purpose-built movement of Legacy Machine Perpetual was designed from scratch for trouble-free use: no more skipping dates or jamming gears, and the adjuster pushers automatically deactivate when the calendar changes. 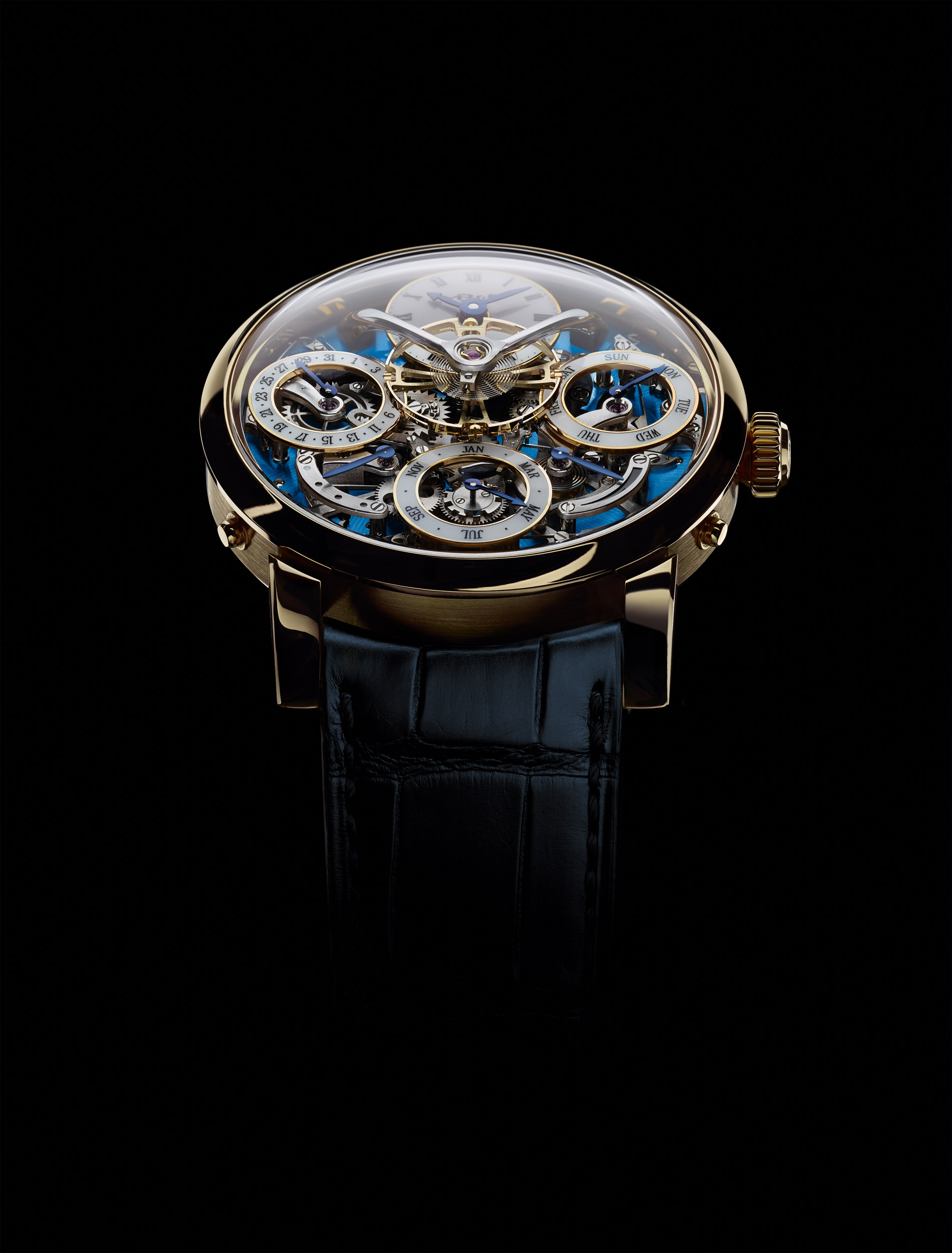 Like the variants before it, the Yellow Gold LM Perpetual measures 44mm by 17.5mm and has a sapphire crystal on both the front and the back. The 581-component movement features a fully integrated perpetual calendar developed for MB&F by Stephen McDonnell. It is a manual winding movement with double mainspring barrels, resulting in a power reserve of 72 hours. Superlative hand finishing is found throughout, reminiscent of the best of 19th century watchmaking; internal bevel angles highlighting hand craft; polished bevels; Geneva waves; hand-made engravings 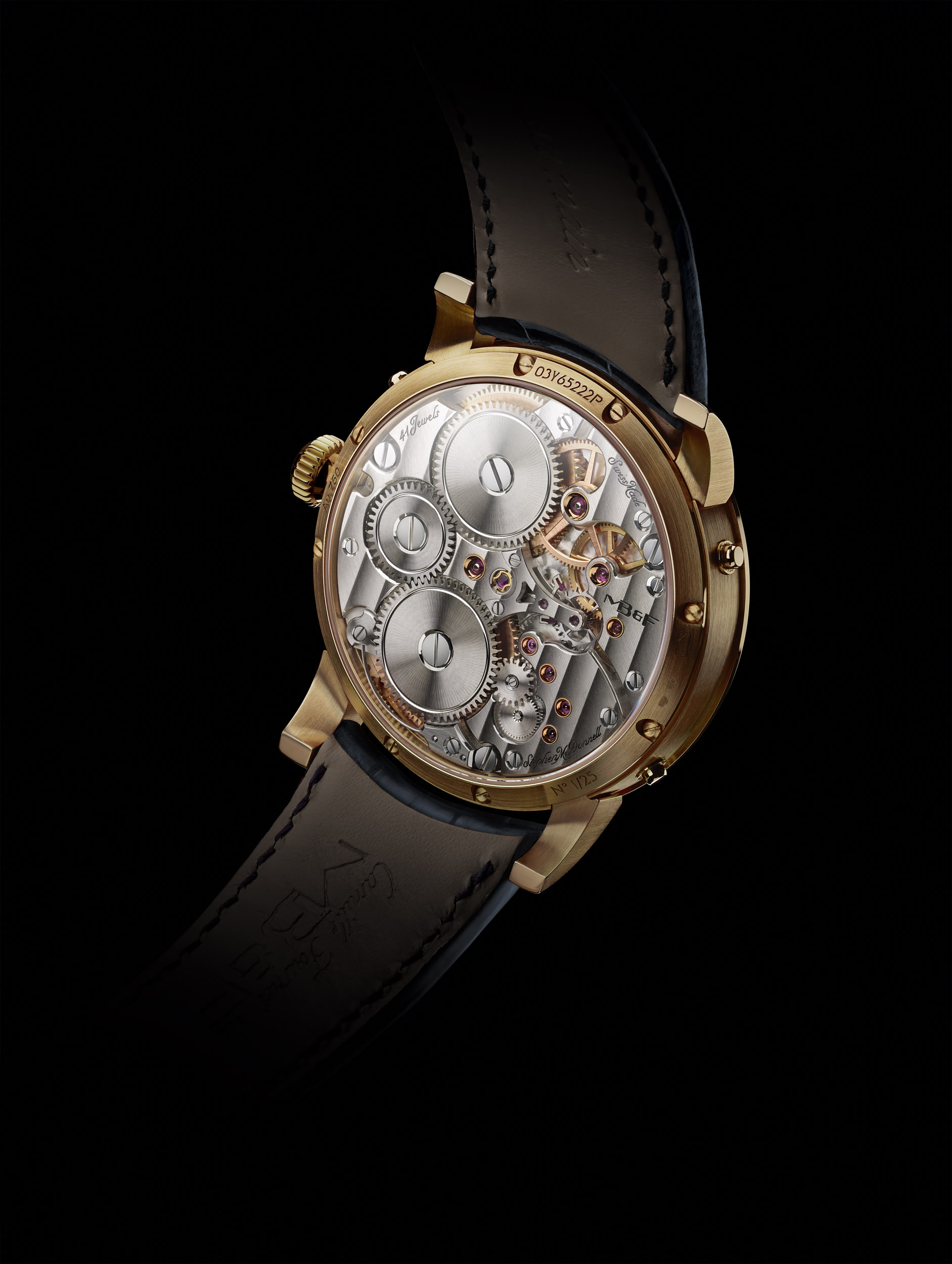