Man’s best friend is back, and this time in black. Introducing the latest HM10 Dark Bulldog from MB&F, with new coloured eyes and a slick black body. Limited to 8 pieces in each red, blue, and black coloured hour and minute domes, it is shelled in a black PVD coated sandblasted stainless steel case. 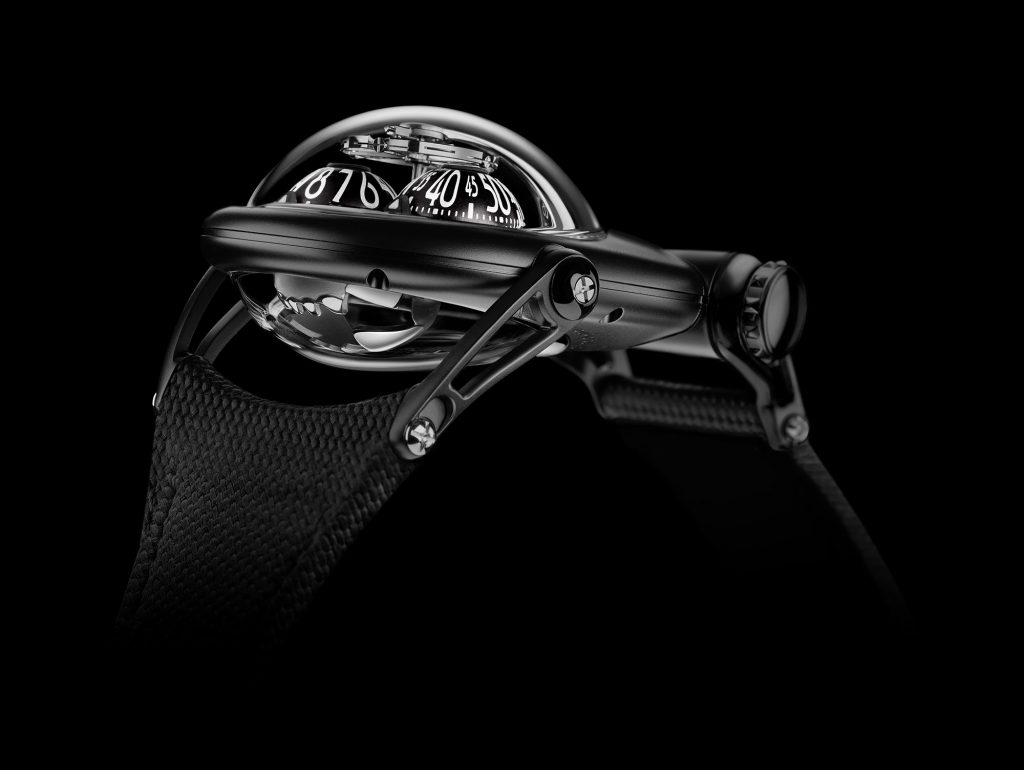 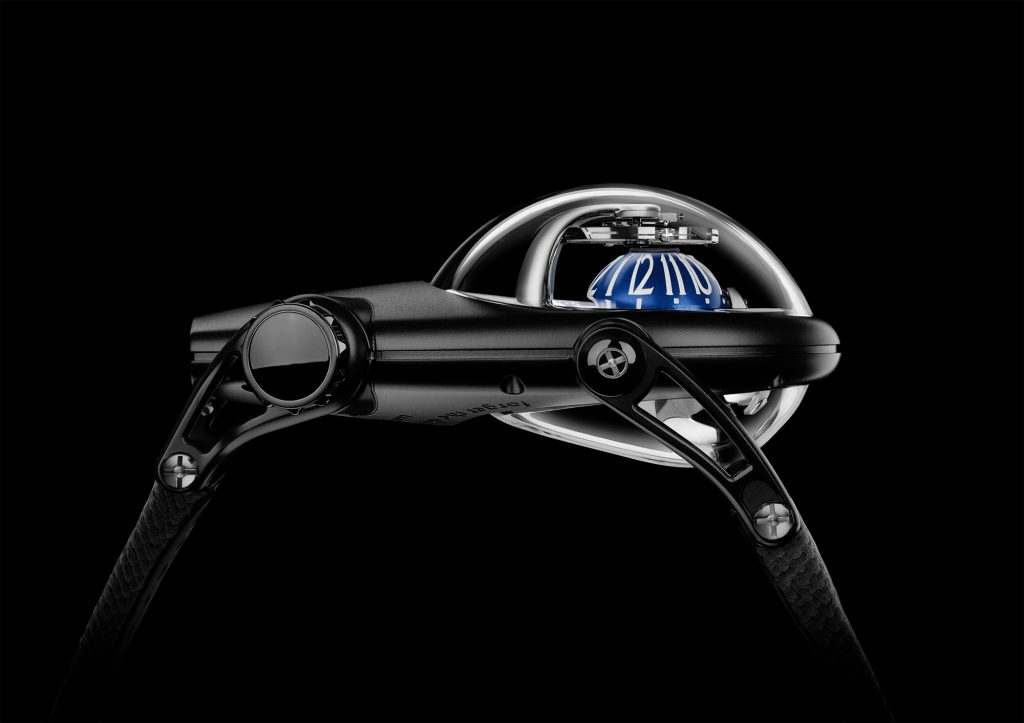 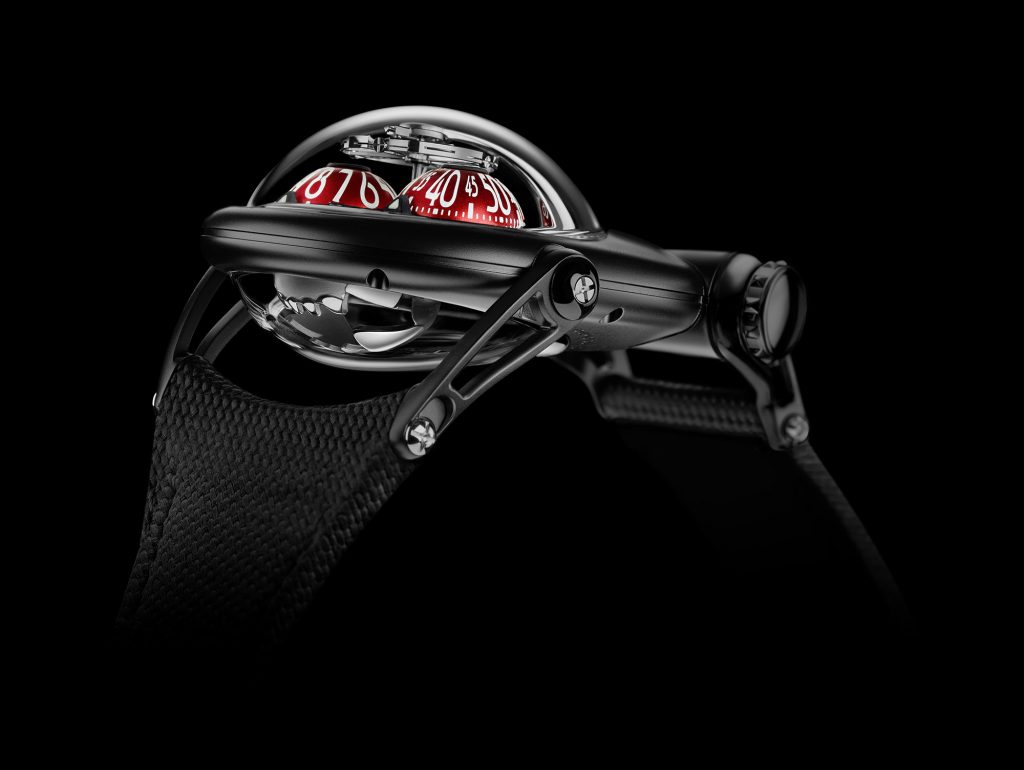 First unleashed in 2020, the HM10 Bulldog came with a warning: “Forget the dog, beware the owner”. This feisty horological canine is back, and this time in a slick new body.

On first sight, the Dark Bulldog has a silhouette identical to its older sibling: a rounded, compact body, two prominent time-display “eyes” under domes of sapphire crystal, its studded collar with projections to wind the mainspring or set the time, four stout but flexible legs that wrap around the wrist, a massive “jaw” whose bite shows the power reserve. One thing is different: the black PVD coated microblasted stainless steel case.

Inside the case, much remains the same. Beneath the central sapphire crystal dome is the suspended balance, beating at the traditional frequency of 2.5Hz (18,000 vph). This complication first appeared in Legacy Machine No. 1, and since then, has become an icon of MB&F.

Followers of the brand will immediately notice the “eyes” of the new Dark Bulldog. Yes, it is the same paper-thin milled aluminium cones, but in three different colours – black, blue, and red. This rounded form first appeared in the HM3 Frog, which reworked conventional milling methods to achieve the light rounded conical cones. Conical gears were added in HM6 to enable more precise telling of time. Like any other laboratory, MB&F’s creations take from and build upon the skills and techniques of its past creations – a true evolutionary process. 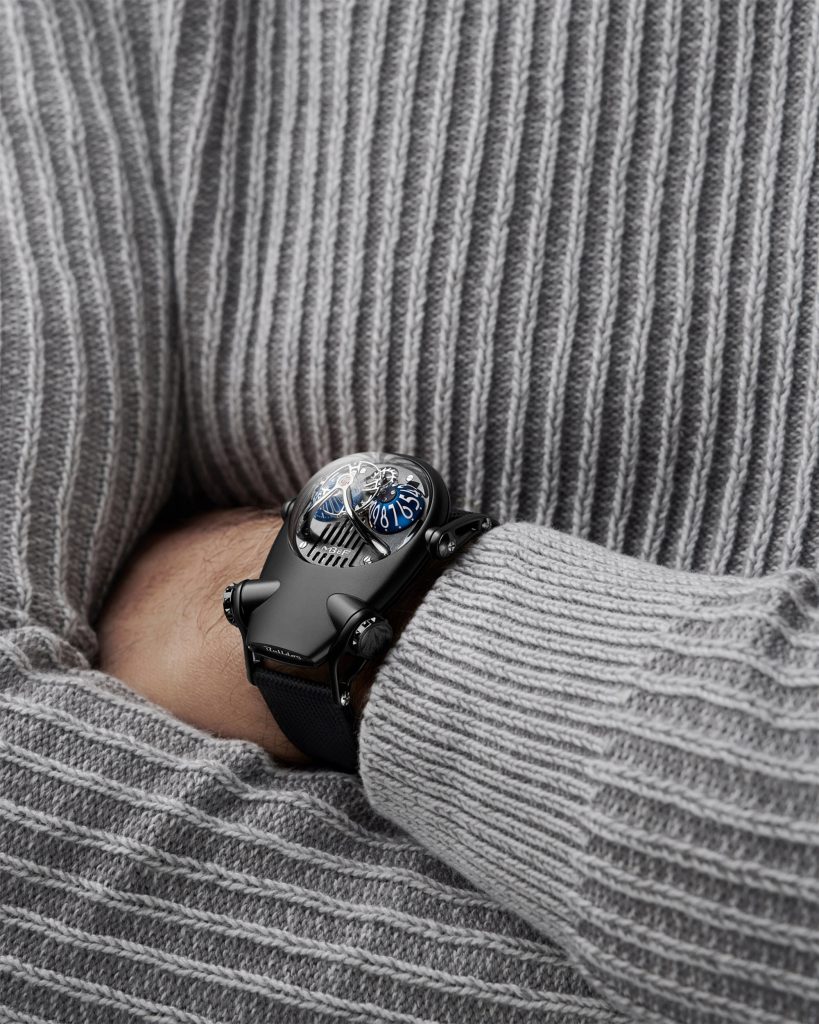 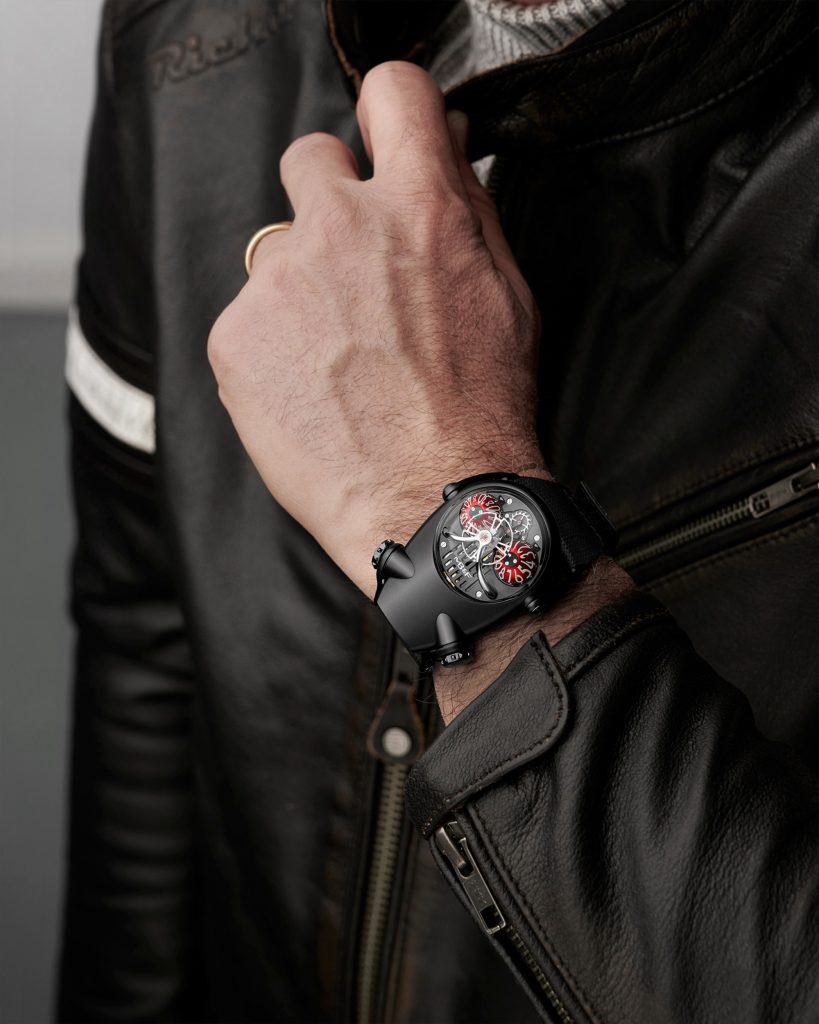 The HM10 ‘Dark Bulldog’ is available in a limited edition of 8 pieces each in red, blue, and black coloured hour and minute indicator domes. Visit your nearest watch specialist for more information.