When you think Bell & Ross, you tend to think square cases and round bezels, or at least something that has been inspired by the aviation or military worlds. You think about a piece without frills, designed with a thoughtfully conservative charm that gives you everything you need, without being distracting. Whatever you think, you don’t think two-tone, and certainly not colored metal. However this is exactly what Bell & Ross have done with the new BR V2-94 Bellytanker Bronze. 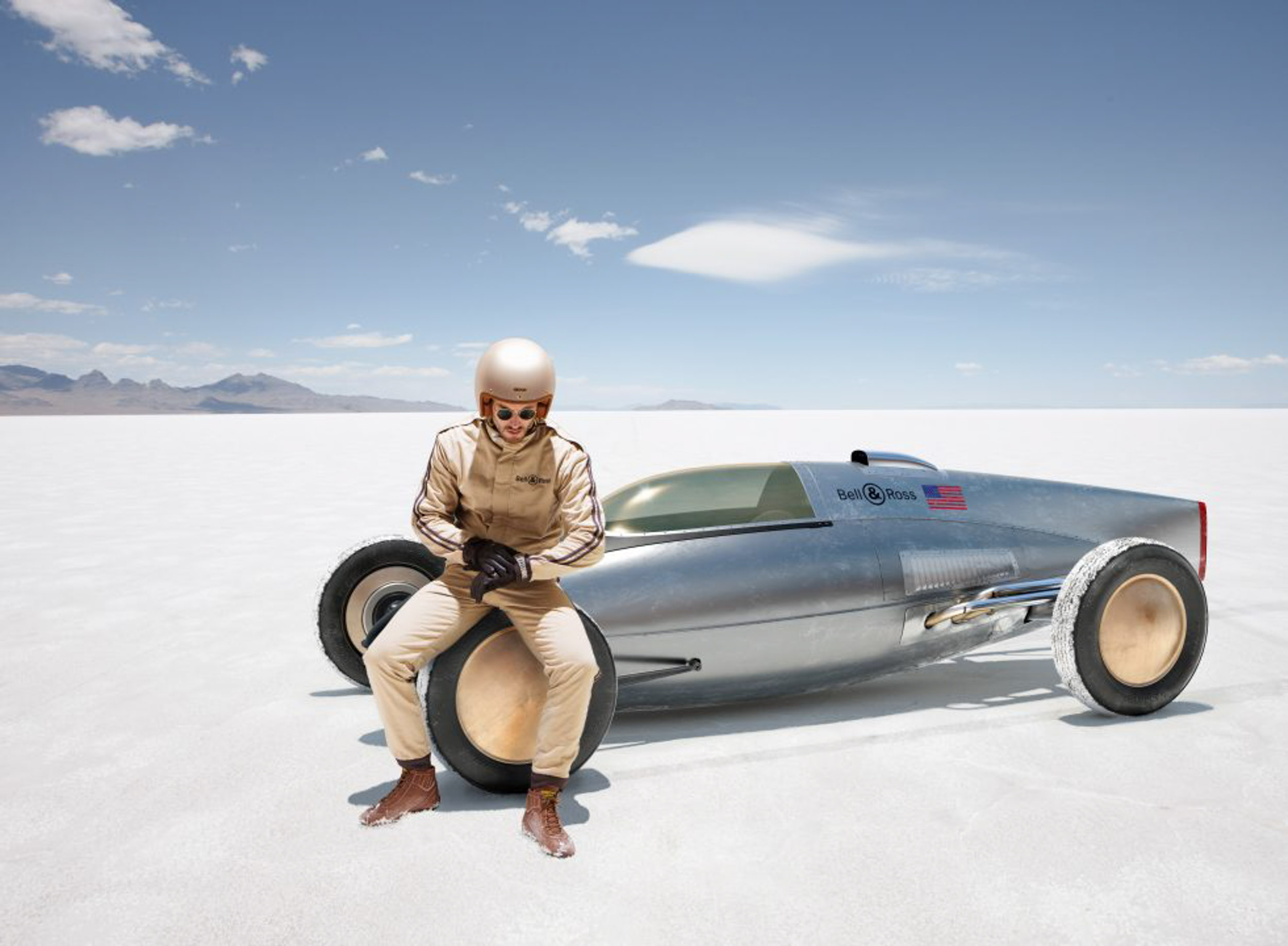 The Bellytanker line was born in 2017 when Bell & Ross drew inspiration from the golden age of salt-flat automotive racing; a time when fast cars looked faster than they were. A “Bellytanker” was a racing car converted from the auxiliary fuel tank of a military aircraft, which would hug the belly of the plane during long-haul flights. This blend of automotive and aeronautical design cues can be seen in the tachymeter scale on the bezel and oversized sub-registers for easy reading at a glance. 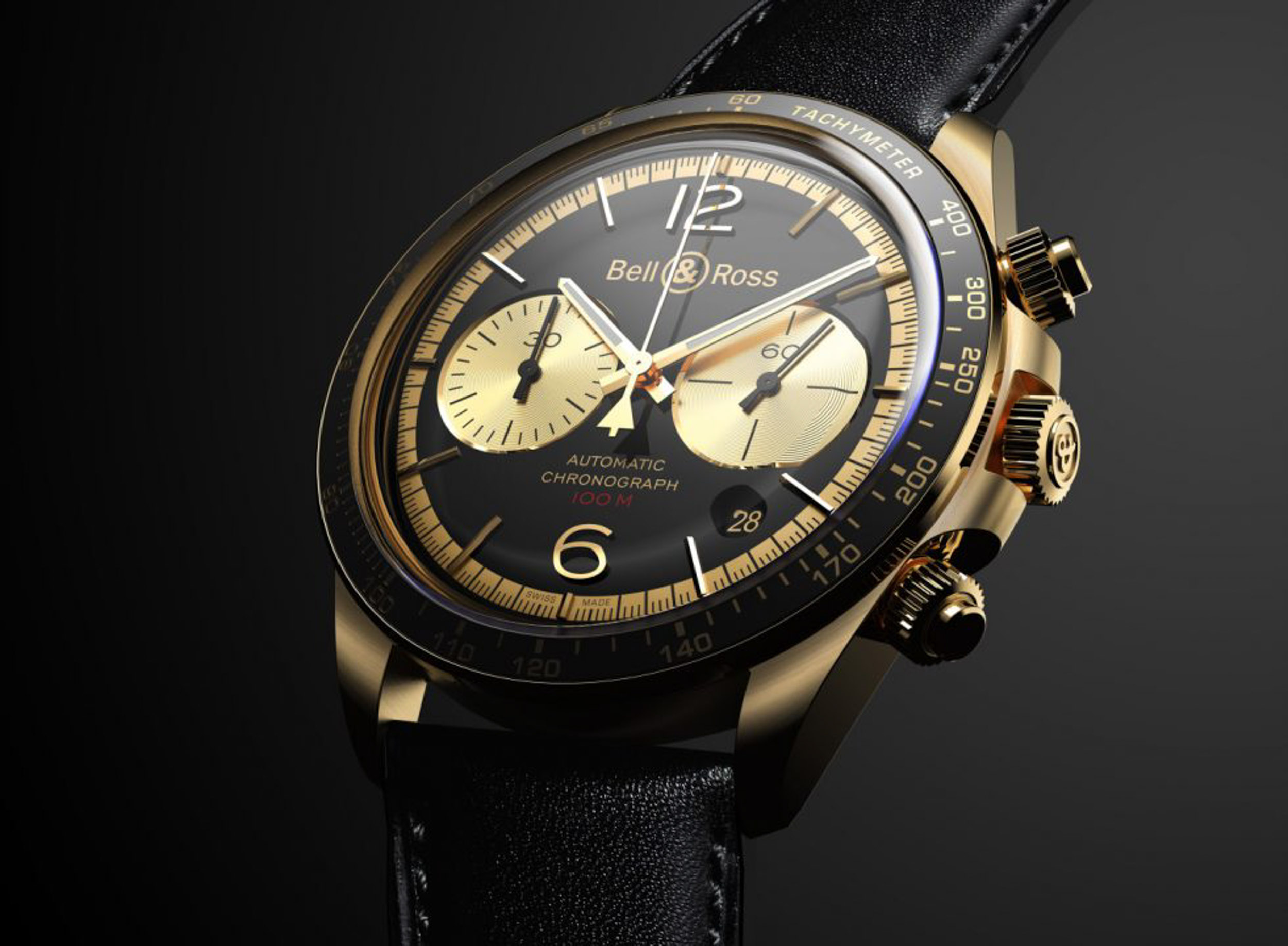 Cased in 41mm of a special bronze alloy (I’ll get to that), the dial of the new BR V2-94 is glossy black with bronze sub-registers, one at 3 o’clock for a 30-minute counter and one at 9 o’clock for running seconds. This reverse panda dial has a bronze tone minute track around its perimeter, and a black bezel that contrasts nicely against the bronze case.

The bronze alloy used for the watch is specifically CuAl7Si2, a blend of aluminum, bronze and silicon, which is typically used in to build cargo ships or dams, thanks to its very high corrosion resistance. This means that your new new Bellytanker won’t aggressively patina if you think about going near a body of salt water, and also has a much warmer yellow tone that looks like gold if spotted across the room. The final benefit of this maritime metal is the mix of silicon, which makes it resistant to an ancient watchmaking foe – magnetism. 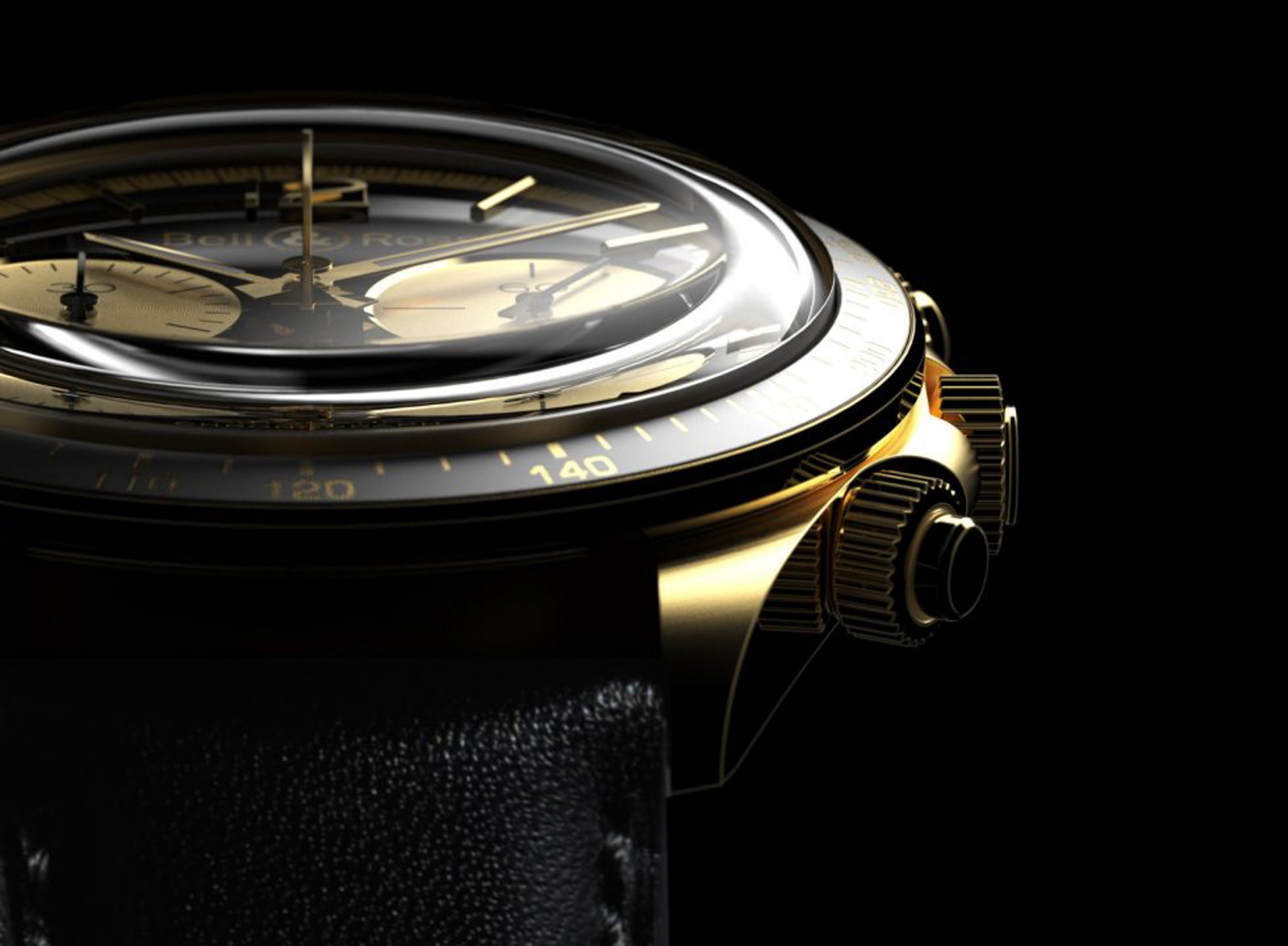 Another interesting nod to the automotive world, while not a direct inspiration, is in the nickname of this new piece, the “John Player Special”. From 1972, the cigarette manufacturer John Player & Sons sponsored an F1 team, racing an iconic Lotus painted in glossy black with gold highlights. This color scheme can be seen clearly in the new Bellytanker, and is shared with other iconic watches from that 1970’s era that now sell for stratospheric prices on the auction market. 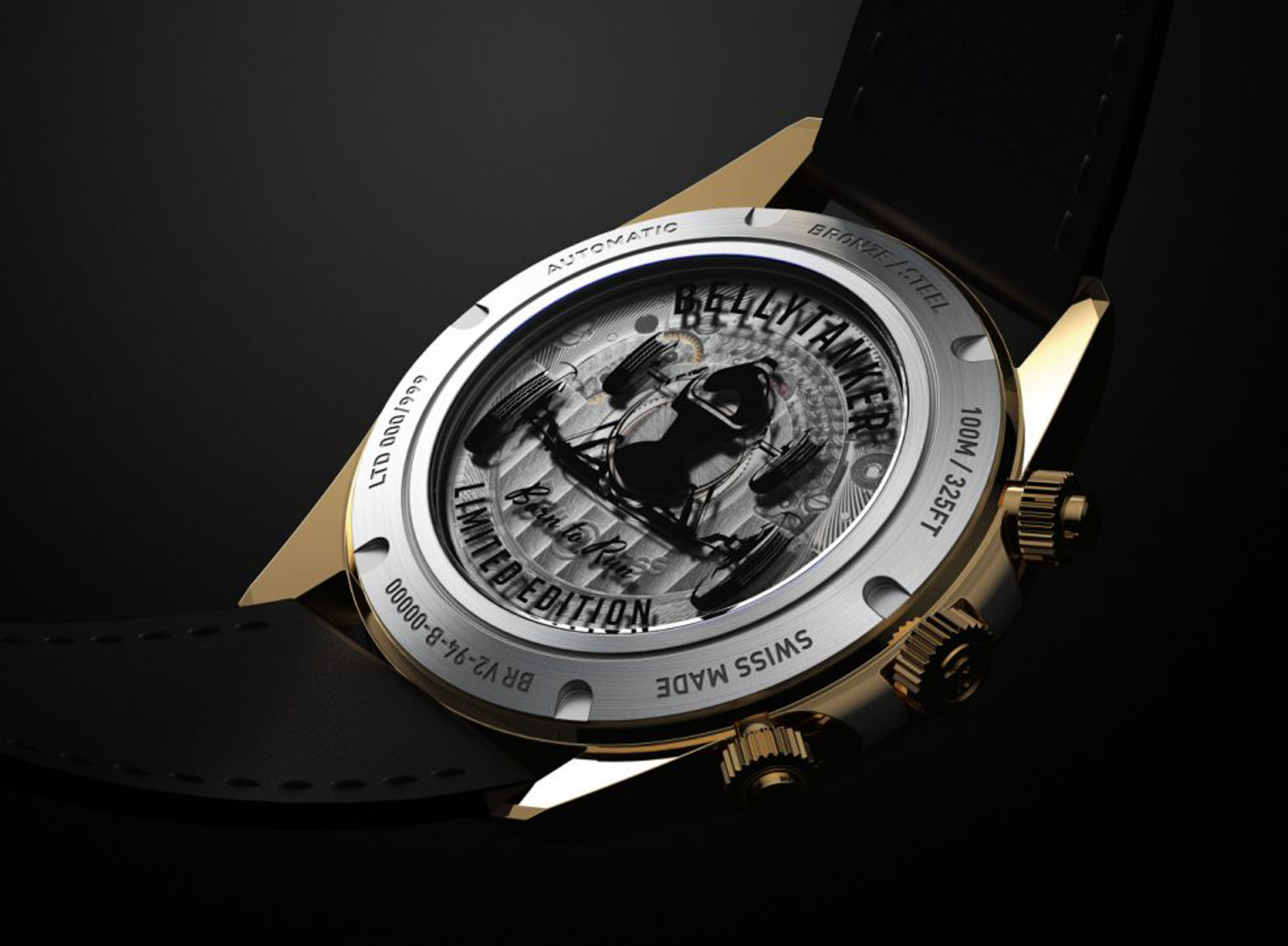 While there were a number of other two-tone chronographs released by larger brands at Baselworld this year, the BR V2-94 Bellytanker Bronze is easily one of the best. Its visual layout is undeniably attractive and the various points of historical inspiration are tied together succinctly. If you’re in the market for a chronograph with some personality, the Bronze Bellytanker will be hard to beat. 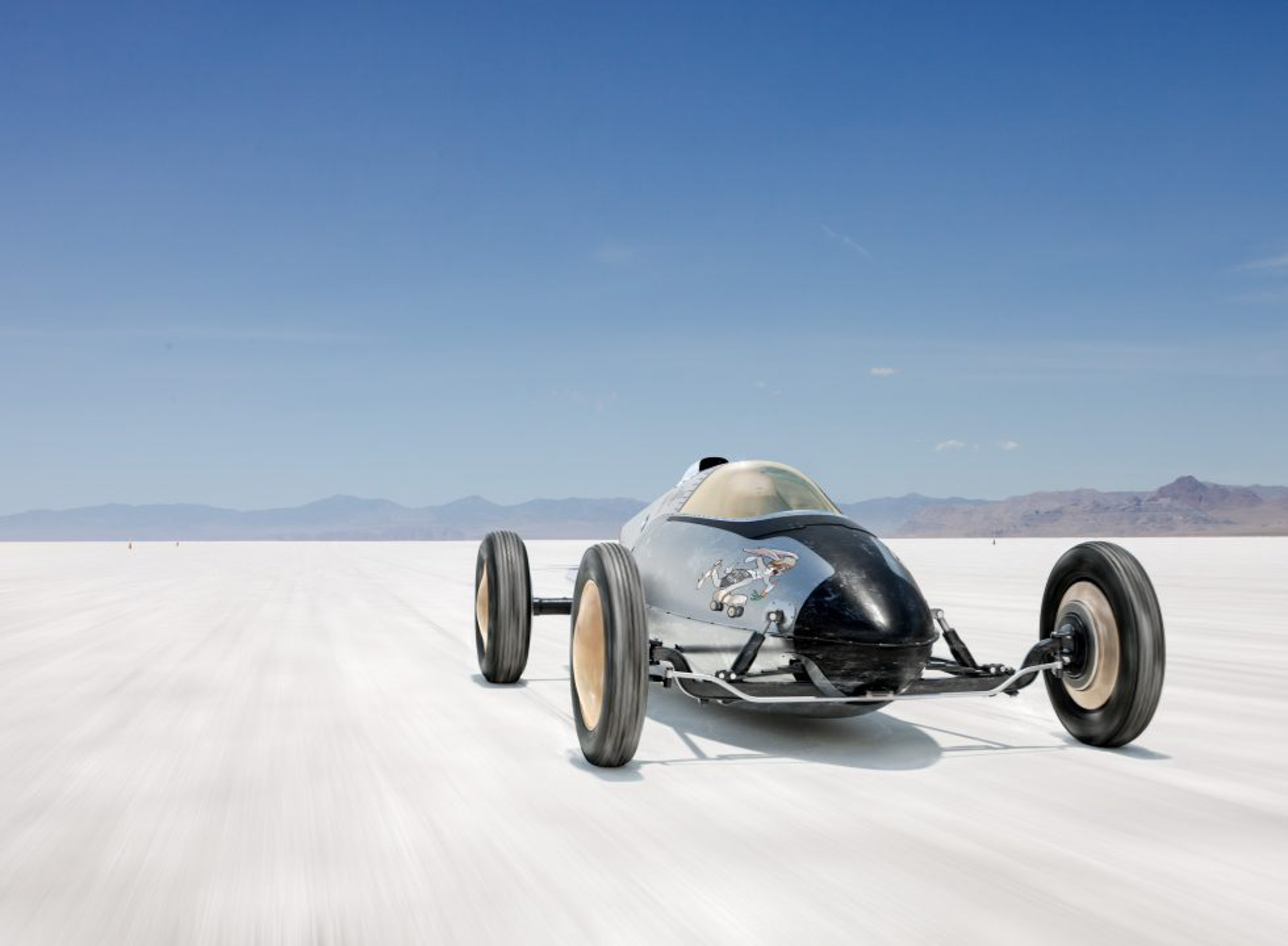