Call Of The Wild: Creature-Inspired Timepieces That Cater To Your Primal Instinct

We have just entered the year of the monkey but you don’t have to stick with simian-themed watches until the next lunar cycle. Here are four animal-styled pieces that will prove more timeless.

Urwerk UR-105 T-Rex
The criss-crossed ribbed pattern evokes a prehistoric feel, resembling the scales of a dinosaur. And if you thought the breastplate that bears it appears to be protecting something precious underneath, you would be right. What you are allowed to see is a single hour marker that also serves as a minute pointer that sweeps from east to west. But behind this seemingly simple motion lies an intricate satellite hours mechanism that rotates on various axes. But the UR-105 T-Rex isn’t showing its hand, it is keeping the mystique within. 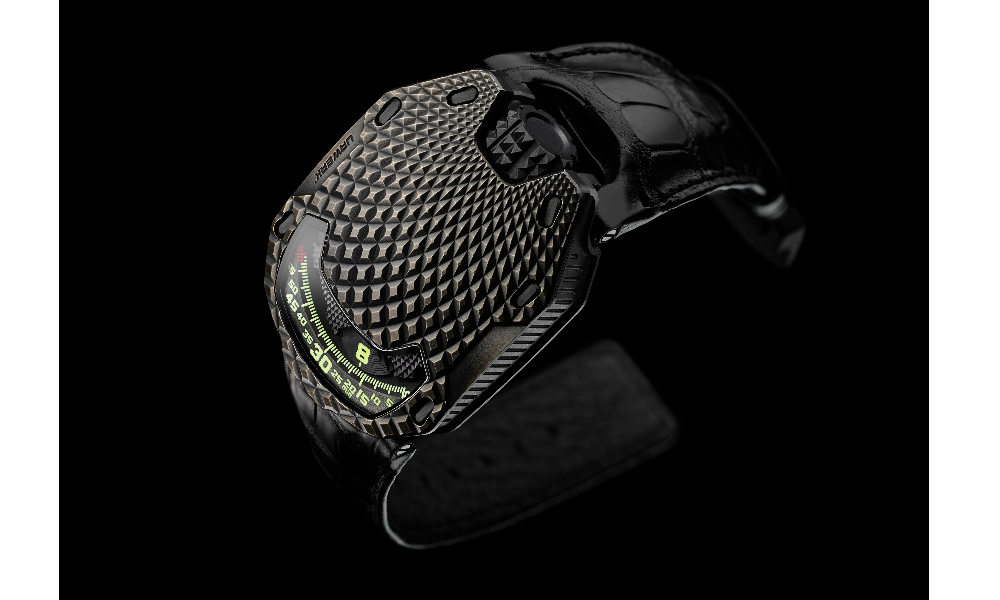 The Urwerk UR-105 T-Rex isn’t showing its hand, it is keeping the mystique within.

Hublot Big Bang Boa Bang
Whether we are talking about shoes, dresses or handbags, snakeskin print is extremely a la mode this season. Complete the look with the cheekily named Boa Bang. Hublot has carefully chosen andalusites and smoky quartz, and tsavorites, tourmalines and pale green sapphires to form the distinctive serpentine colours on the bezel, while the dial receives a shimmering boa print finish. 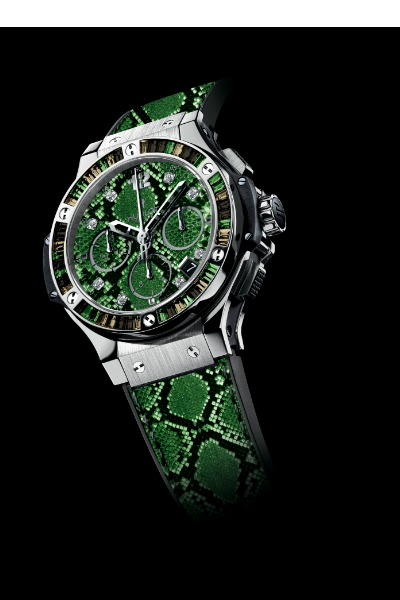 The shimmering boa print finish on the dial of the Hublot Big Bang Boa Bang complements the distinctive serpentine colours on the bezel.

MB&F and Boucheron JwlryMachine
The vaguely animalistic shape of the HM3 has led to many interpretations as to what it resembles, and that same quality has also opened it to being a canvas upon which other wonderful creations can be crafted. Our favourite is the collaboration with Parisian jeweller Boucheron in the owl-shaped JwlryMachine. In this masterpiece, the HM3’s distinctive twin cones have been transformed with large glowing cabochons into the bulging eyes of the watchful nightbird. The erstwhile rotor cover has been replaced by a translucent breast, containing the illusion of a beating heart. A new addition: the wings, entirely pave-set with brilliant-cut stones. 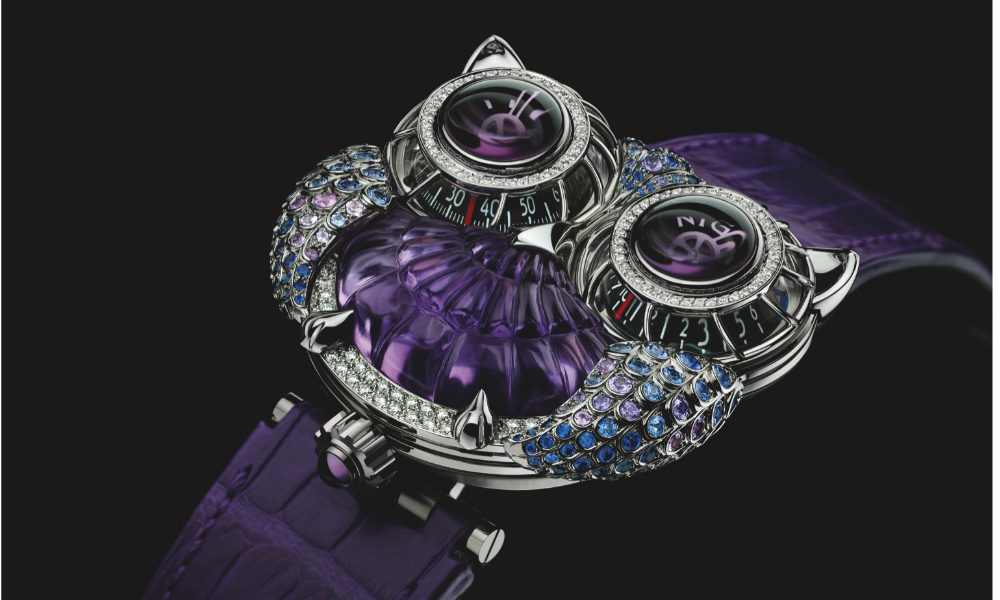 The HM3’s distinctive twin cones have been transformed with large glowing cabochons into the bulging eyes of the watchful nightbird.

De Bethune DB25 Quetzalcoatl
The feathered serpent, or Quetzalcoatl, is a powerful deity in Mesoamerican culture, governing the cycle of time from dawn to dusk. It is celebrated in this tribute by De Bethune. The coiled snake is hand-engraved from solid gold and is made of two moving parts: the head section points to the hours, and the tail section, to the minutes. What’s really clever though is that the design makes the creature appear as if it were one complete whole that is slowly slithering as you watch the passage of time. 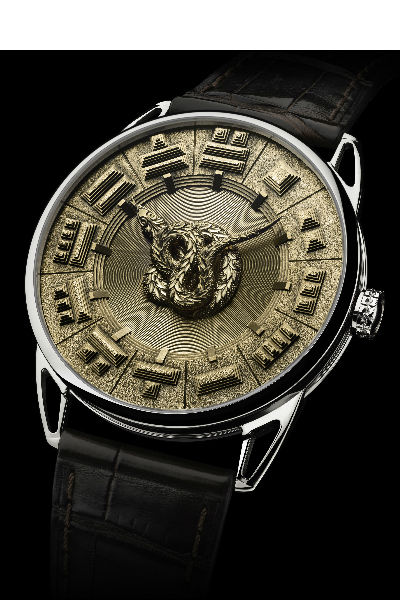 The feathered serpent, or Quetzalcoatl, is a powerful deity in Mesoamerican culture, governing the cycle of time from dawn to dusk.