Breitling has been looking into their archives with a renewed vigor in recent years. In line with a number of other manufacturers, Breitling is embracing the past as they move forward. Traditionally, these vintage design cues are interpreted and modified to suit contemporary tastes, however, the new Breitling Navitimer Ref. 806 1959 Re-Issue is about as close to a 1:1 reproduction as we have seen.

The inspiration for this new reference is a Navitimer that Breitling made in 1959, seven years after the original Navitimer was launched in 1952. At the time, these were popular among pilots thanks to the innovative slide rule printed around the dial, which allowed for crucial flight calculations to be made. This feature, paired with an accurate chronograph, made for an extremely practical watch for aviators at the time. It was a period of aviation history where incorrect calculations could mean disaster, making these watches invaluable instruments. By the middle of the 20thcentury, Breitling was already one of the most established manufacturers of wrist chronographs. The firm produced the first ever wrist chronograph in 1915, which made them a name that pilots could confidently place their lives in the hands of.

The Navitimer Ref. 806 is an incredibly accurate reissue of the original piece, including the case size of 40.9mm (small for some current Breitling chronographs, but was much larger than the typical wristwatch diameter in 1959). The solid caseback is another feature of the original that has been reproduced, as well as the black dial and tone-on-tone subdials.

Right Down To The Logo

Breitling have even used the original logo, with Breitling text and winged shield icon. This was the original logo that traditionally designated watches that were to be exclusively sold in the European market. This was in contrast to watches sold in the American market, which had a logo that included “AOPA” text, in reference to the Aircraft Owners and Pilots Association who shared the same logo. To ensure no detail was left unconsidered, Breitling even manufactured the beaded bezel with the same 94 beads that are found on the original bezel. They also covered the dial with domed acrylic glass rather than the more contemporary sapphire crystal. Sapphire crystal is commonly used in modern watches due to it’s increased clarity and scratch resistance when compared with acrylic glass, but was not available in the 1950’s. 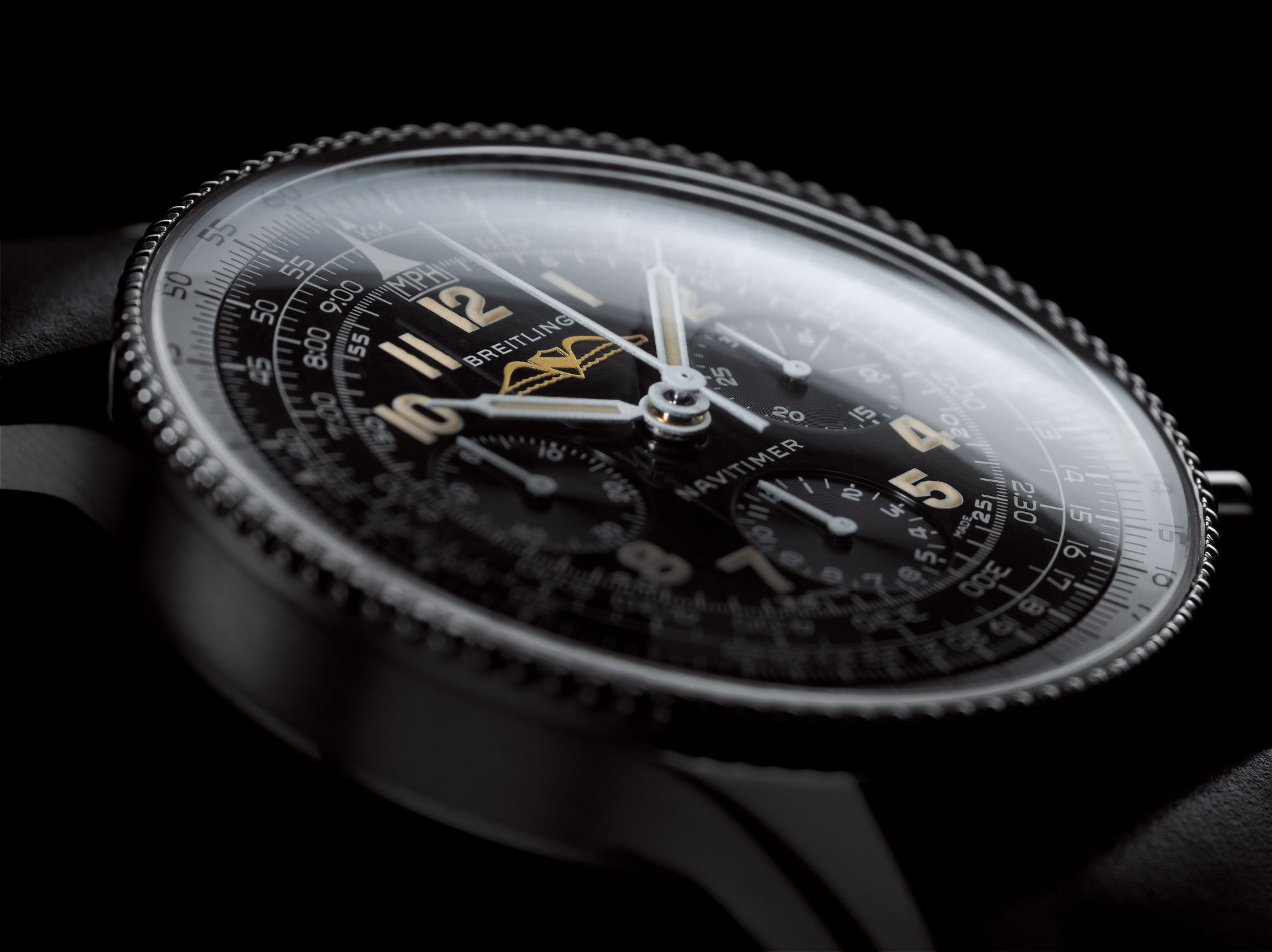 Another update is the movement, where Breitling chose to use their Breitling Manufacture Caliber B09, a hand-wound and COSC-certified chronograph that features a vertical clutch and column-wheel. This choice is in line with the spirit of the original hand-wound movement, but utilizes modern technology for the sake of reliability. Altogether, this is one of the most faithful reissues of a vintage watch released by any brand in the last few years. It retains all the classic charm of a Breitling watch designed for the skies, but contained in a package that feels more at home on the wrist of a propeller plane pilot, than a jet pilot. While it certainly fits within the rest of the collection, the level of execution and attention to detail shown in the new Ref. 806, is sure to make it popular amongst both Breitling collectors and those newly taken under the wing of the brand. Launch of the Premier at Breitling’s First Summit

Behind the Navitimer – Key Individuals in Breitling’s History