Originating from the tribes of Polynesia, tattoos have long been considered taboo in Western civilisation – a signifier of the underclass. That image is thankfully no longer. From a sign of rebellion, these artistic ink marks on skin have evolved to become a show of individuality and permanence – an expression of the confidence of its wearer. That is why they appeal to a new generation of people who tackle modern day challenges with unflappable self-assurance. Watchmakers – purveyors of another intimate form of wearables – are starting to pick up on this trend. Here are three tattoo-inspired pieces for the contemporary consumer.

Hublot Big Bang Sang Bleu
Swiss watchmaker Hublot’s partnership with Maxime Büchi, the man behind multidisciplinary artistic platform Sang Bleu, is a little different. Decidedly more sculptural than Lavenu’s freehand drawings, the geometric motifs on the case and dial of this new Big Bang follow the tradition set centuries ago by Leonardo da Vinci’s famous Vitruvian Man. Hence the super-positioning of rings and squares, iteratively set smaller and smaller within one another with mathematical precision. The pattern continues onto the calfskin-on-rubber strap, enveloping your wrist like an ephemeral tattoo. 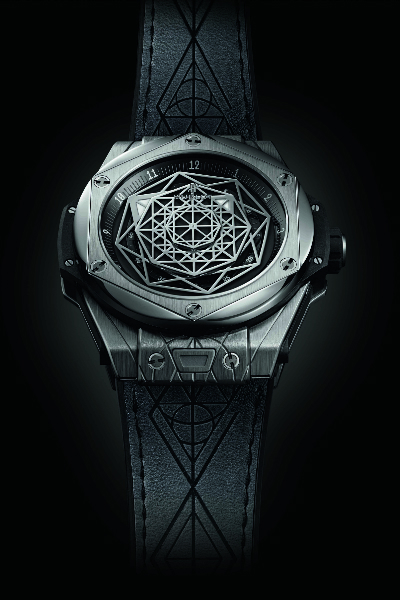 The Hublot Big Bang Sang Bleu will appeal to those who will not go as far as a real tattoo but can wear this like an ephemeral tattoo on their wrist.

RJ-Romain Jerome Tattoo-DNA by XOIL
Talk about meeting of creative minds. Manuel Emch, CEO of RJ-Romain Jerome, met French tattoo artist Loic Lavenu, better known as XOIL, when the latter was working on a design for Peugeot. They immediately clicked, a collaboration followed, and the result is this beautiful Tattoo-DNA watch. Using a board of five leather pieces as his canvas, XOIL etched 19th-century natural history imagery such as butterflies and ferns, with the illustrations revealing their whole only when the quintet is placed together again – a nod towards the mystique of tattoos, which are often partially hidden under pieces of clothing. 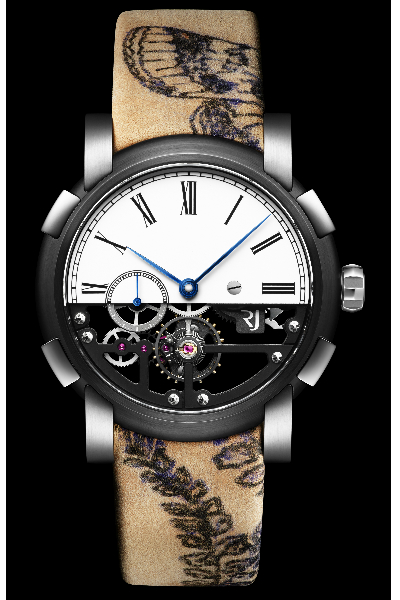 Bomberg Bolt-68 Black Nails Badass Limited Edition
A three-year-young brand created by the flamboyant Rick de la Croix, a distributor for luxury watches in America, seeks to disrupt the industry. Which is why, from the very start, he has enlisted as ambassador Chris Andersen. Possibly the most heavily tattooed basketball player in NBA history, Andersen has been photographed wearing a variety of Bomberg watches, but we think this fresh-out-of-Basel piece in stealth black with its skull design and studded bracelet is the winner for 2016. 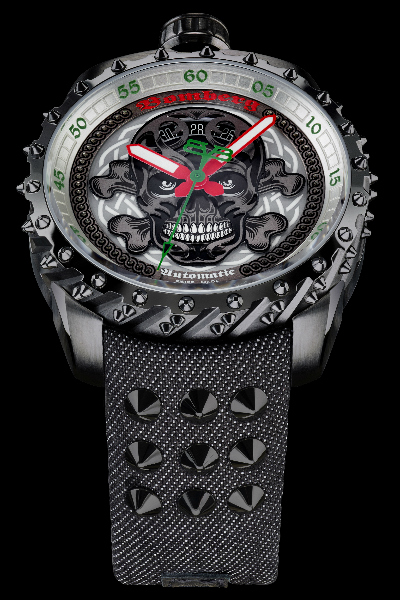 The Bomberg Bolt-68 Black Nails Badass in stainless steel and black PVD gadroon case with nails is limited to 500 pieces.