The Bold And The Beautiful: Statement Pieces For A Wild Party

You’ve got the whole ensemble: bespoke suit, Pierre Corthay Derbies and that flashy new coupe. But if your wrist statement is something that won’t raise eyebrows at the office, then you’ve got the wrong watch for the making an impression at a party. You need one that will attract a second glance from even the most horologically illiterate tea lady. Here are four bold and beautiful timepieces for the big night out:

The Double Take: Rolex Daytona Cosmograph “Rainbow”
The true beauty of this piece isn’t the 36 painstakingly sourced baguette-cut sapphires that form a continuous rainbow spectrum around the bezel. Nor is it the meteorite-like chronograph subdials made using a proprietary alloy. No, it’s the fact that this outrageous piece is made by none other than Rolex, a company better known for its rather staid approach to watchmaking. For that alone, this ticker qualifies as a genuine conversation starter. 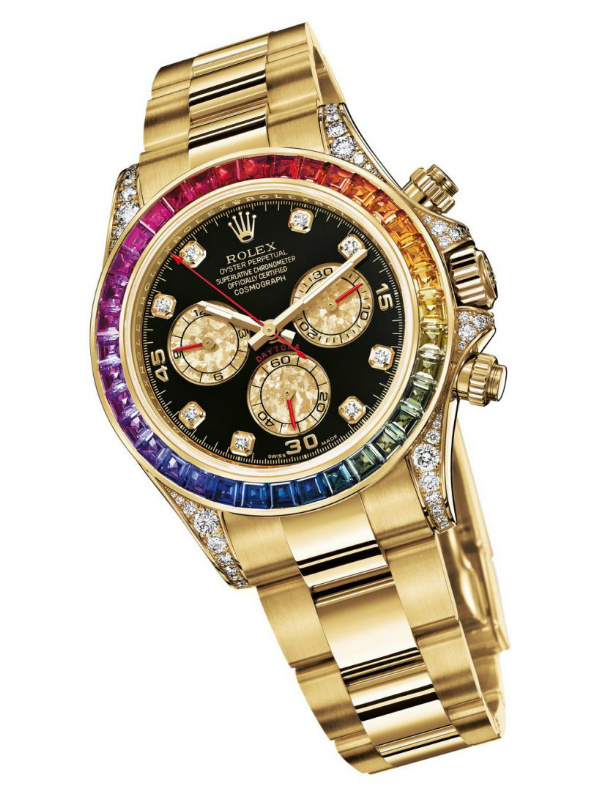 The Rolex Daytona Cosmograph “Rainbow” is a real head turner and will get you compliments non-stop.

The Party Trick: Audemars Piguet Diamond Fury
Thoroughly demolishing the misconception that ladies only wear dainty jewellery pieces is this aptly named follow-up to last year’s Diamond Punk. For the lack of a better term, this piece is fierce: resembling reptilian armour – or a medieval weapon, depending on your perspective – it weighs in at over 26 carats spread over 4,841 brilliant-cut diamonds spread over the case, bracelet and dial. The best part: a push of one of the spikes reveals the pave-diamond watch dial. 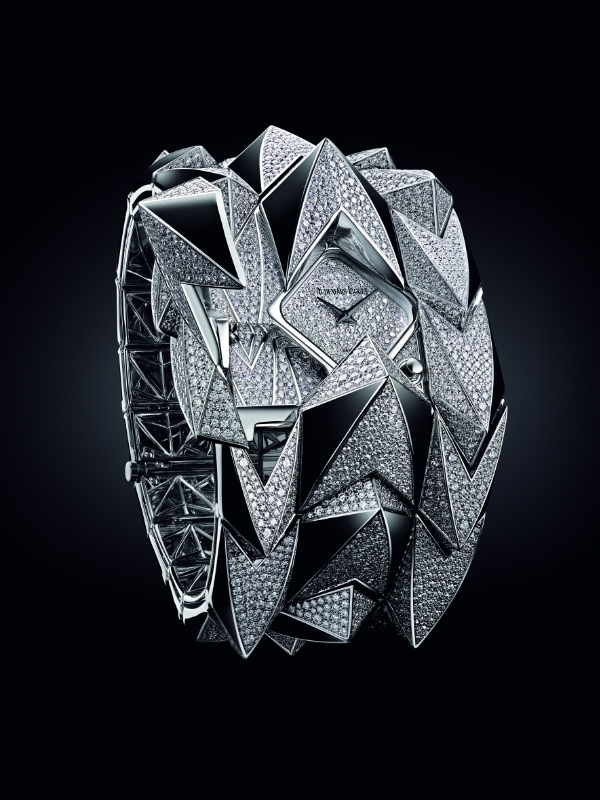 The Audemars Piguet Diamond Fury is a statement piece that demolish the misconception that ladies only wear dainty jewellery pieces.

The Quiet Stunner: Hublot Big Bang Caviar Steel Diamonds
Yes, I know, the words “quiet” and “Hublot” have hitherto never been constructed into the same sentence. But when compared with its spiritual ancestor, the immodest One Million $ Black Caviar, the watch exudes a restrained elegance despite its bezel set with 36 diamonds. This has to do with the choice of steel (red gold is the other option) paired with a shiny silver calfskin leather strap – subtle bling, if there were such a thing. 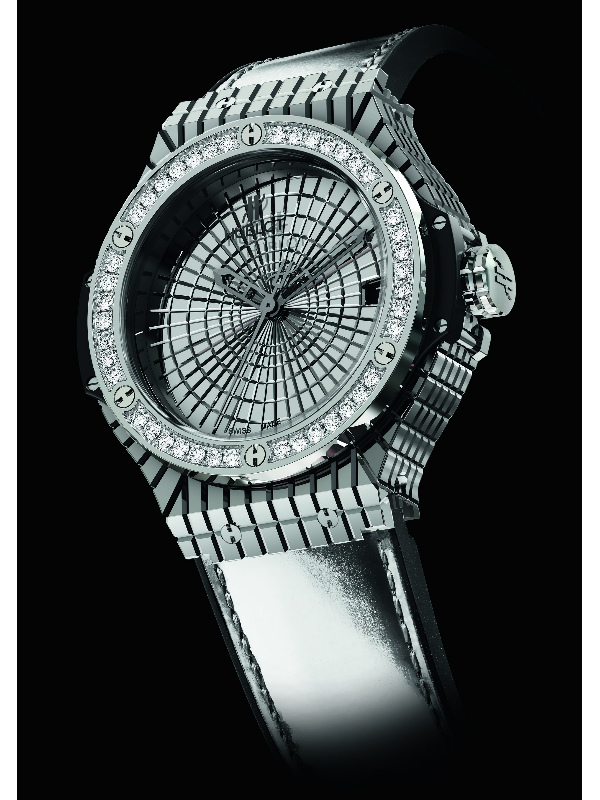 The Hublot Big Bang Caviar exudes a restrained elegance despite its bezel set with 36 diamonds.