Just earlier at the Salon International de la Haute Horlogerie, Ulysse Nardin released the Freak X to bolster the already commanding arsenal of unconventional timepieces that make up the Freak collection. Admirers of the Le Locle company are familiar that in 2001, Ulysse Nardin shocked the watch industry by removing the traditional elements of the watch dial. By replacing it with a carousel tourbillon movement which rotated on its own axis to indicate the time, a thoroughly contemporary and captivating design was pioneered. Ultimately, Ulysse Nardin provoked the watch industry to question which parts are actually necessary to make a timepiece tick. 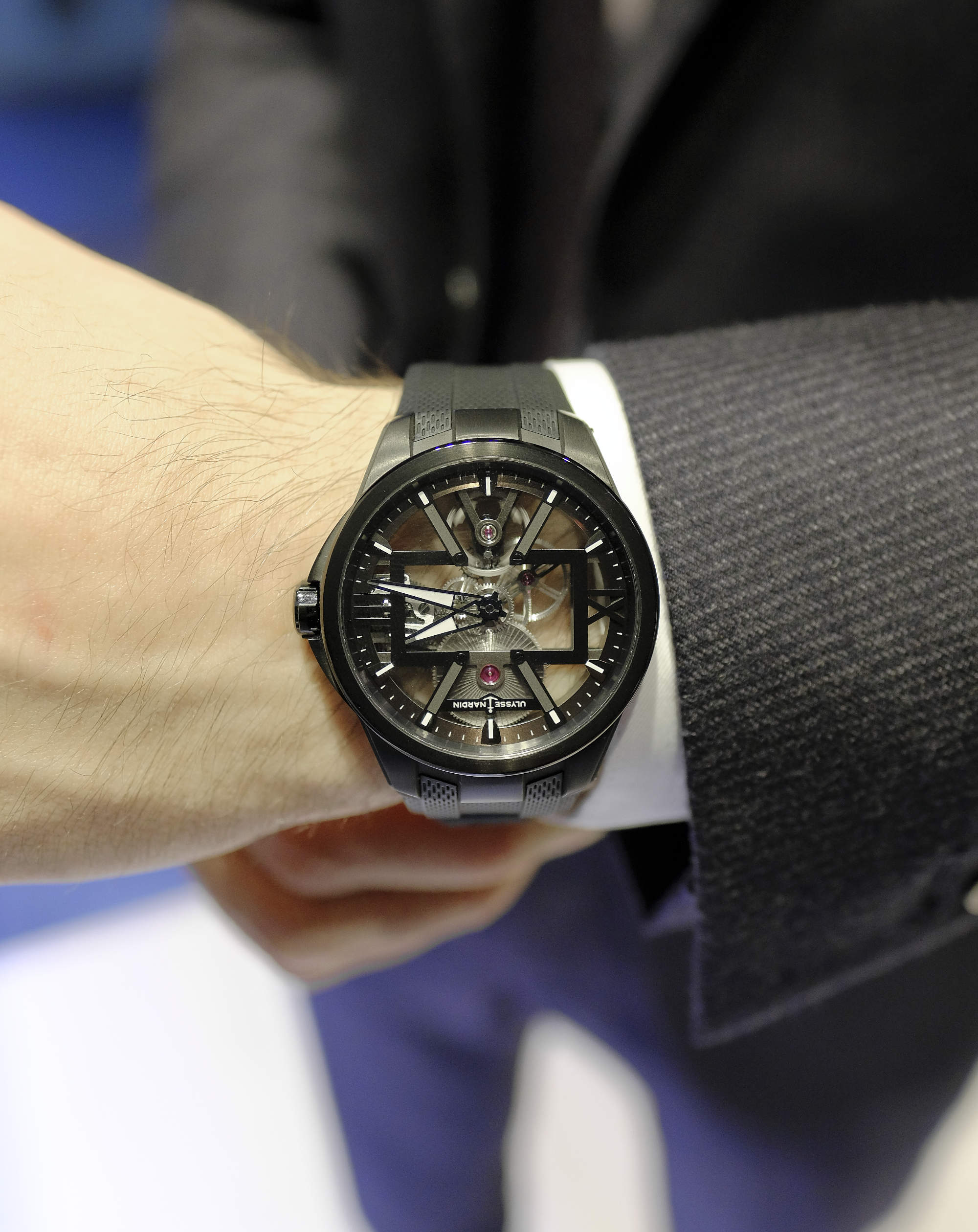 This year the brand is once again in the business of cutting to the core and bringing the sort of elegance through absence typically found in the Freak Collection to the Executive Collection. With the Executive Skeleton X, Ulysse Nardin proves that there is always more to see. 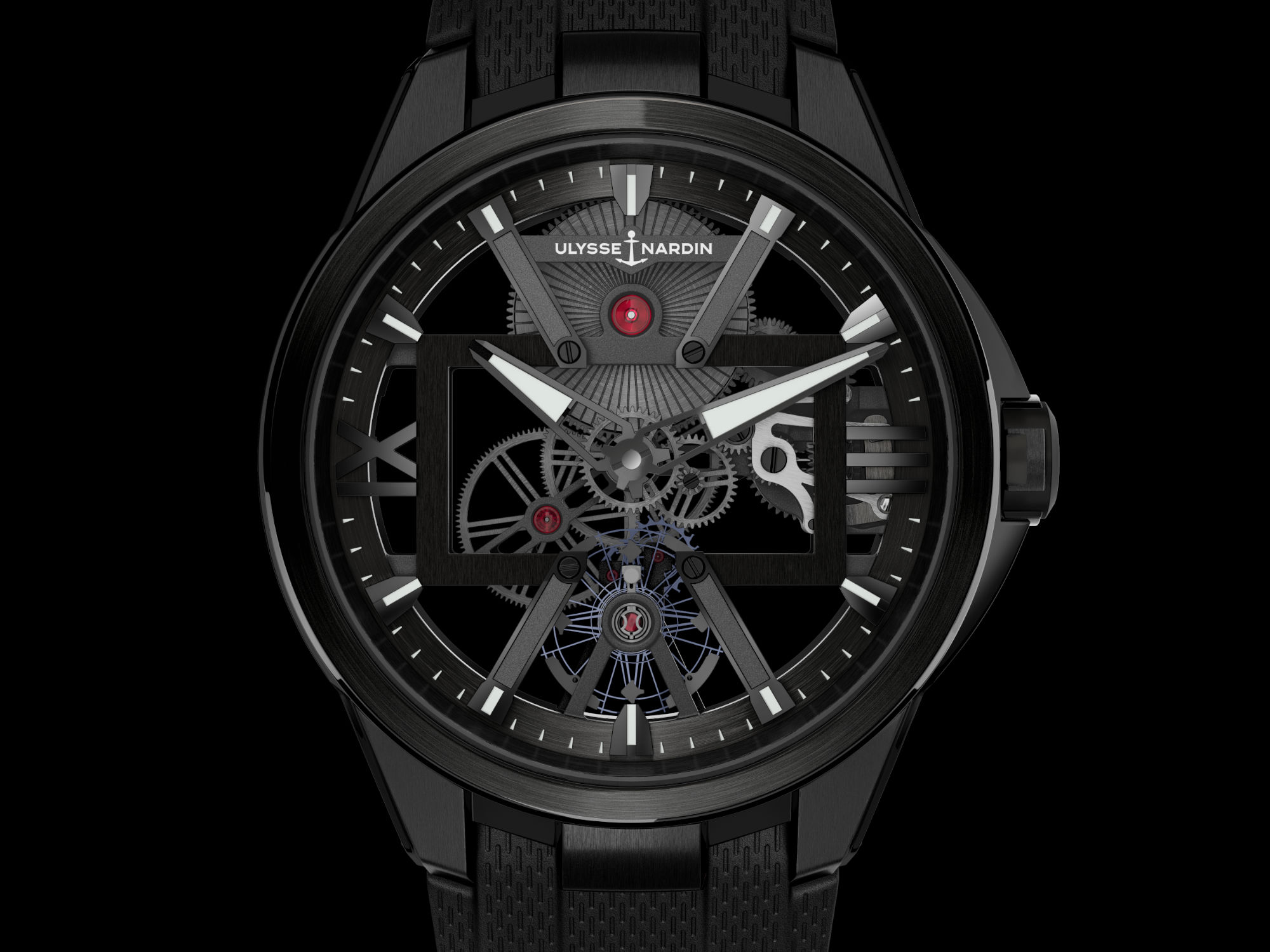 At a diameter of only 42mm (small by Ulysse Nardin standards), the Executive Skeleton X manages to fit a great deal inside a case rather smaller than what the brand is used to. The manual-winding Caliber UN-371 promises a 3-day power reserve and operates at a frequency of 3 oscillations per second (Hz). Of course, the movement is all the easier to appreciate when the dial is as transparent as the clear waters of Lake Geneva. 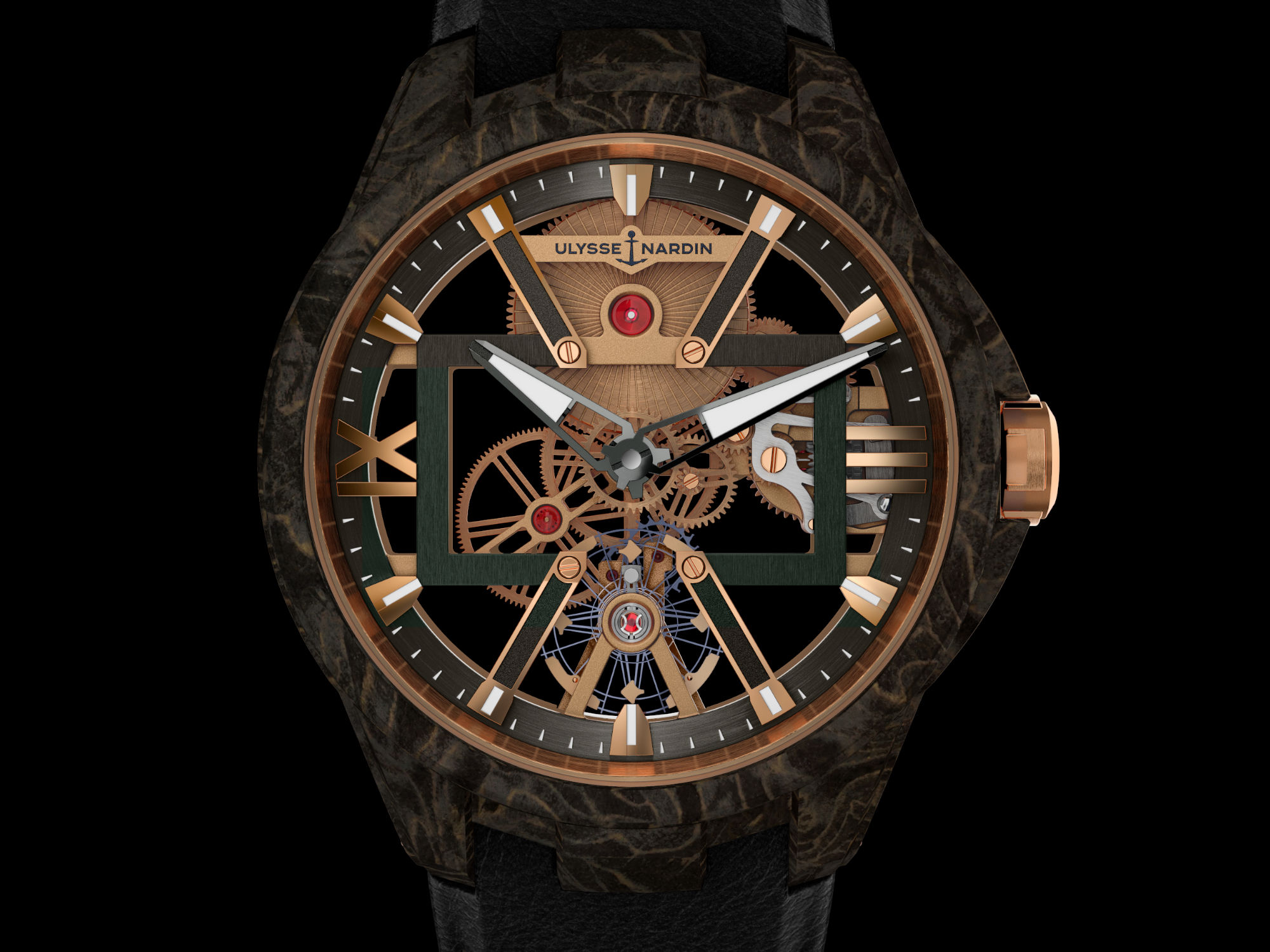 Despite its skeletal appearance, the watch is far more than a collection of bare bones. The rose gold satin-finish case and titanium blue bezel make for a thoroughly nautical look which tastefully nods to the brands sea-faring heritage. An intersection of a cross and a rectangle on ‘face’ of the watch produces a striking geometric composition where metal is otherwise sparse. The effect is a framing of the splendid craftsmanship of the timepiece’s inner-workings. Beyond the rose gold/titanium blue combination, the Executive Skeleton X is also available in titanium, black DLC titanium, and the newly devised Carbonium. 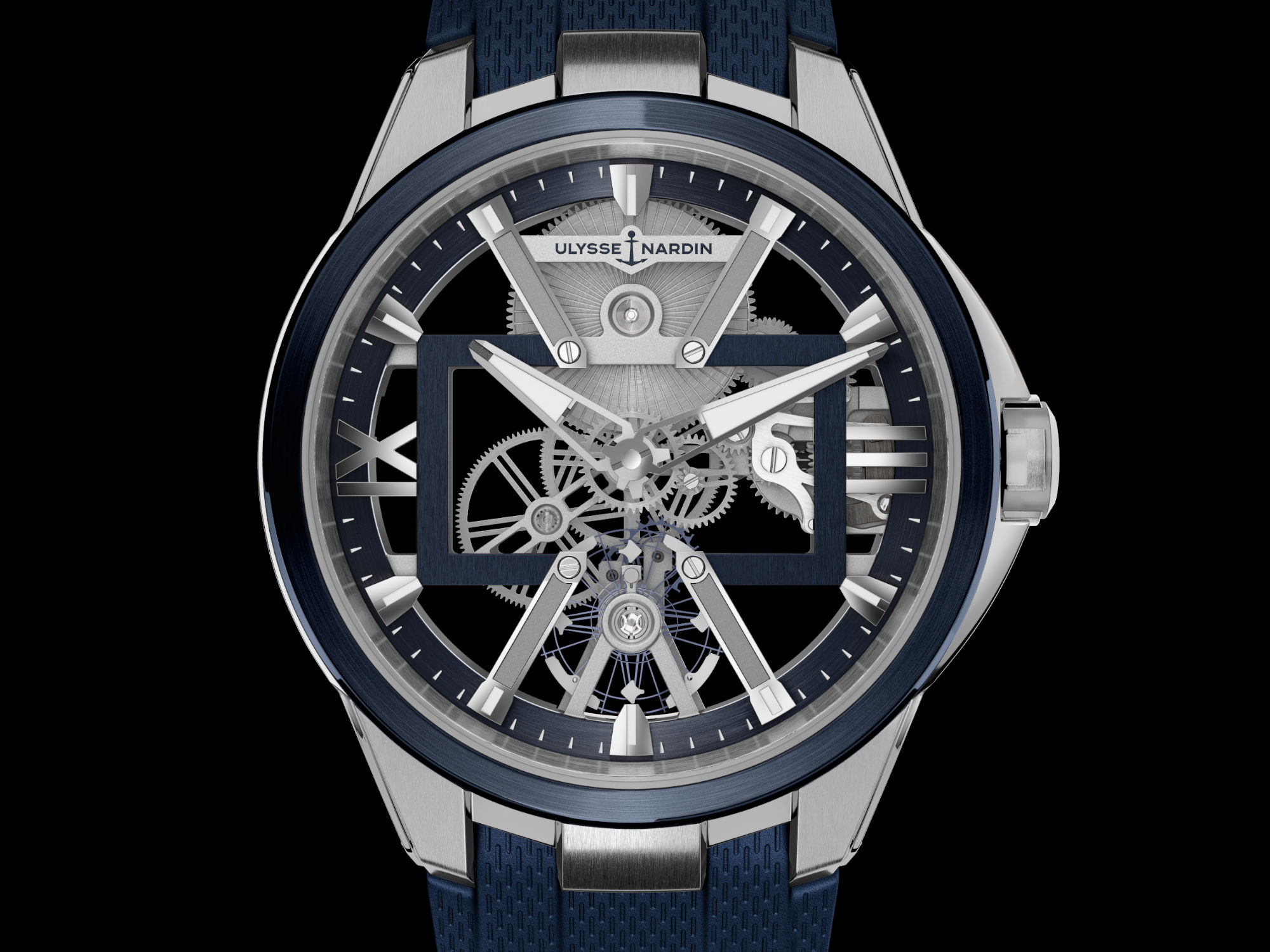 CEO Patrick Pruniaux has so far brought to Ulysse Nardin an executive leadership style that strives to innovate and dares to carry on the brand’s legacy of pushing horological norms. The release of the Executive Skeleton X is yet another sign that Pruniaux’s vision demands relentless creativity and it reinforces Ulysse Nardin’s commitment to never taking the conventional for granted. 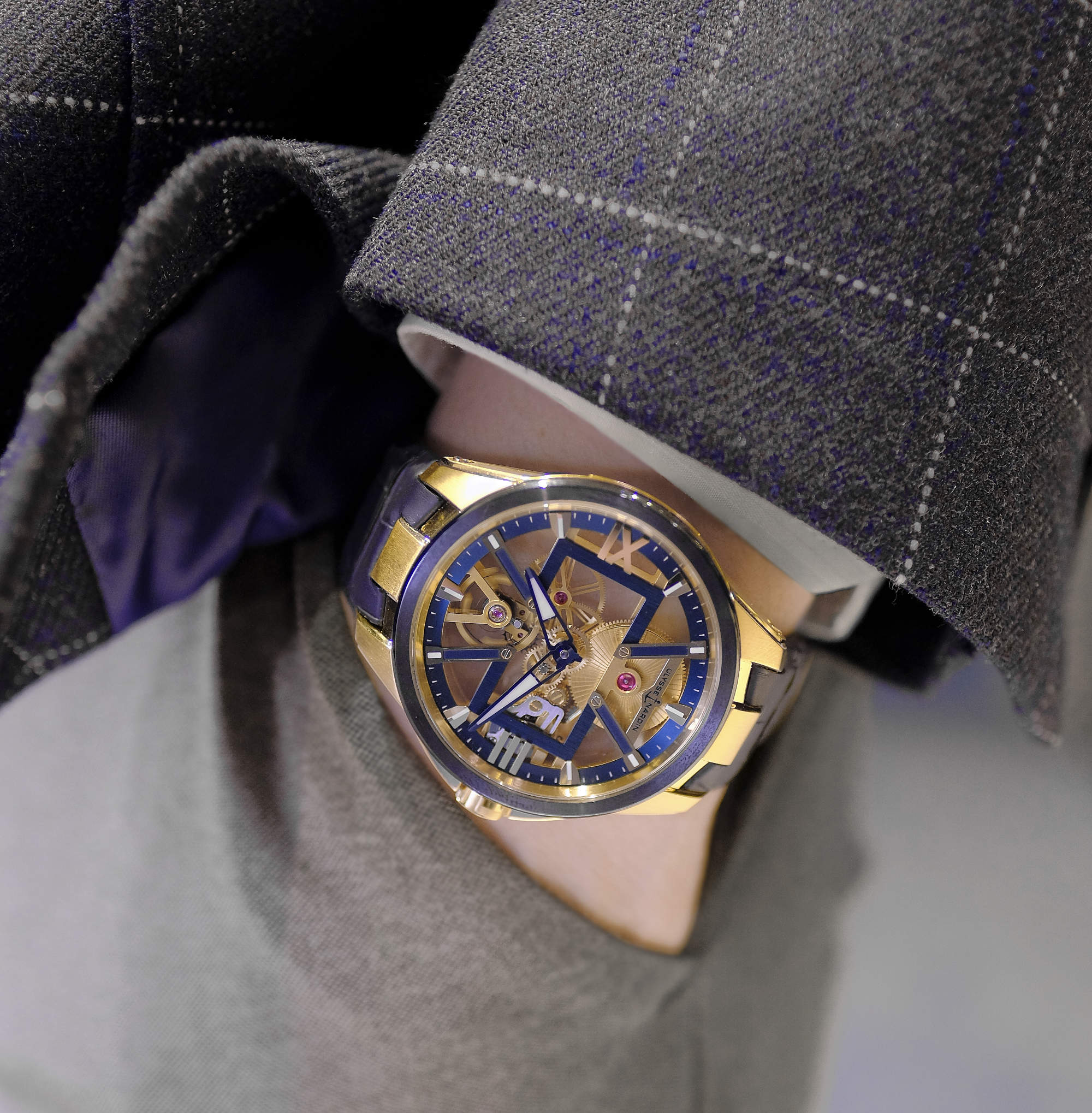