It’s a sign of the times when one-percenters start bragging not about their lavish spending habits, but about how little they’ve forked out for, say, a timepiece or their summer vacation. This newfound value-consciousness isn’t limited to ultra high net worth individuals, however; across the board, we’re noticing folks of all stripes treading cautiously with their cash.

The watchmaking world, too, has not been unscathed; brands that once prided themselves on stratospherically-priced objects of desire are now adding sober alternatives (with matching down-to-earth price tags) to their offer. On the flip side, there are brands that have always provided good value propositions; they are now reaping the rewards of their prudence. Here are six with their latest releases.

Rolex Oyster Perpetual Air-King (Ref. 116900)
Rolex really doesn’t need any introduction, but perhaps a primer on the Oyster Perpetual Air-King is in order. The name first came to market in 1945 as a tribute to the RAF pilots of the Battle of Britain, the model earned a reputation as one of Rolex’s most affordable models and remained in production in various forms until 2014. This year it was revived in an all-new guise: a contemporary 40mm case (upsized from the original 34mm) fitted with Calibre 3131 protected from magnetism by a soft-iron cage (just like Milgauss). The signature ‘3’, ‘6’ and ‘9’ remain, but the hour markers have been replaced by a prominent minutes scale, which gives the watch a more youthful look while also alluding to its history as an aviation instrument. 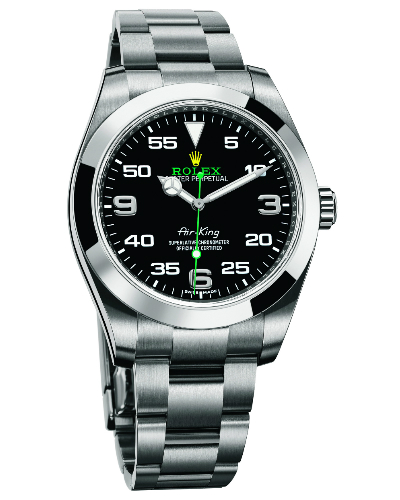 Tudor Heritage Black Bay Dark
Tudor is without doubt one of the most covetable brands around. Much of this desirability comes from the appeal of the faultless Heritage Black Bay series. Strapping one on therefore shows that you’re not only in the know, but also that you’re a champion of the underdog; Tudor is still the David to Rolex’s Goliath. That said, this year’s Heritage Black Bay Dark goes where no (non-customised) Rolex has gone before: into black PVD territory. The stealthy coating on the case and bracelet gives it a military tool watch appeal. This, combined with its in-house MT5602 movement with silicon balance spring and 70-hour power reserve, makes it a winner all round. 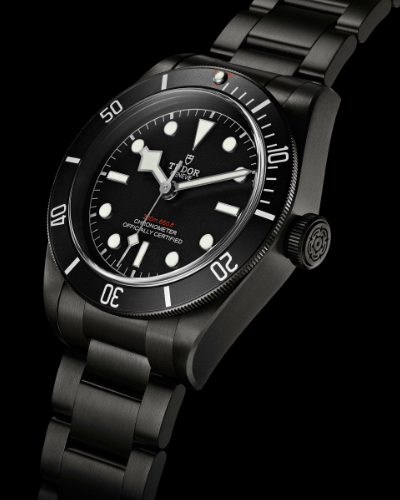 Sinn 856 B-Uhr
There are tool watch brands, and then there’s Sinn, a label that goes beyond what is expected of a tool watch producer by focusing strongly on engineering and technology. Among its most lauded proprietary tech specs are Tegiment – a trademark ensuring extreme hardness and scratch resistance – and Ar-Dehumidifying Technology – a feature that prevents the crystal from fogging. Both of these are present on the 856 B-Uhr, an observation watch styled after those made for the German air force in WWII. Limited to 856 pieces, the watch is also resistant to magnetic fields of up to 80,000 A/m and comes with a rugged leather cuff, perfect for outdoorsy types. 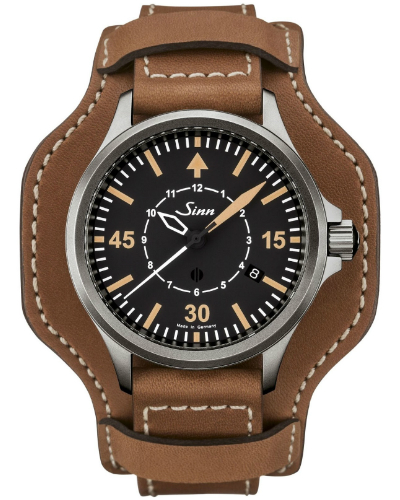 Nomos Tetra Neomatik
German brand Nomos is fast gaining traction among the in-crowd, for good reason: its watches boast excellent build quality, plus they’re good value for money – two characteristics that bode well in the current economic climate. With their minimalist, stylised looks, the timekeepers also speak to design hounds. Case in point: the square-faced Tetra Neomatik, which comes with either a deep blue or white dial and an in-house automatic calibre, the DUW 3001, at its heart. If you’re concerned that its quadrangular form might not sit well on your wrist, fear not, because at 33 x 33mm in size, the case is engineered for comfort.

Jaeger-LeCoultre Master Control Date
Sometimes all you need is a simple, classic dress watch that does nothing more than tell the date and time. Enter Jaeger-LeCoultre’s Master Control Date. Few brands can match Jaeger-LeCoultre in horological legitimacy and value for money. Still today, the Le Sentier manufacture is known as “the watchmaker’s watchmaker’, thanks to its history as a producer of movements for various watch companies. Calibre 899, which drives this sleek number and is visible through the open case back, is a descendant of that legacy. An ultra-thin automatic calibre, it features a rotor that rests on ceramic ball bearings. It’s housed in a 39mm case, a respectable yet discreet size for modern wrists.

Zenith El Primero 36,000 vph Classic Cars
As makers of the beloved El Primero movement – one of the first high-beat calibres to be serially produced – Zenith knows a thing or two about engines and speed. It’s also well versed in the art of keeping prices within reason. Witness the El Primero 36,000 vph Classic Cars, a new version of the wildly popular El Primero 36,000 vph released in 2013. Zenith didn’t give this sexy beast an extensive overhaul, just a cosmetic upgrade. The engine and chassis remain the same, but the paint job is different: the anthracite-coloured dial features an ‘engine finish’ of vertical Geneva stripes. For fans of classic cars, the calfskin strap is reminiscent of vintage racing gloves and/or classic car interiors. 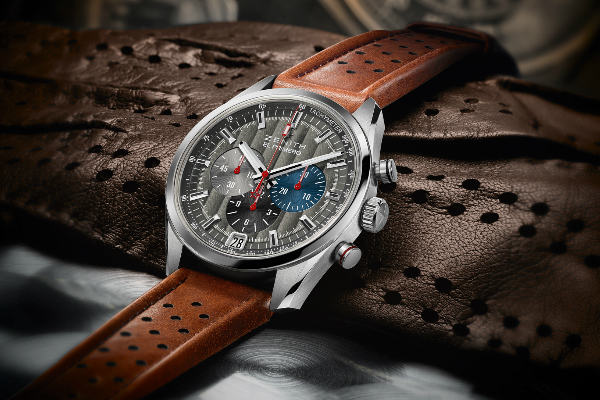