For a brand known for using bright blue Paraíba Tourmalines and yellow sapphire, it came as somewhat of a surprise when Hublot released six new Big Bang Unico 42 mm watches. Unlike some of their most recent releases (which we love by the way), the new white Unico is rather subdued. Possessing an almost minimal aesthetic. These are, after all, unisex watches that have been designed to exude a timeless versatility. 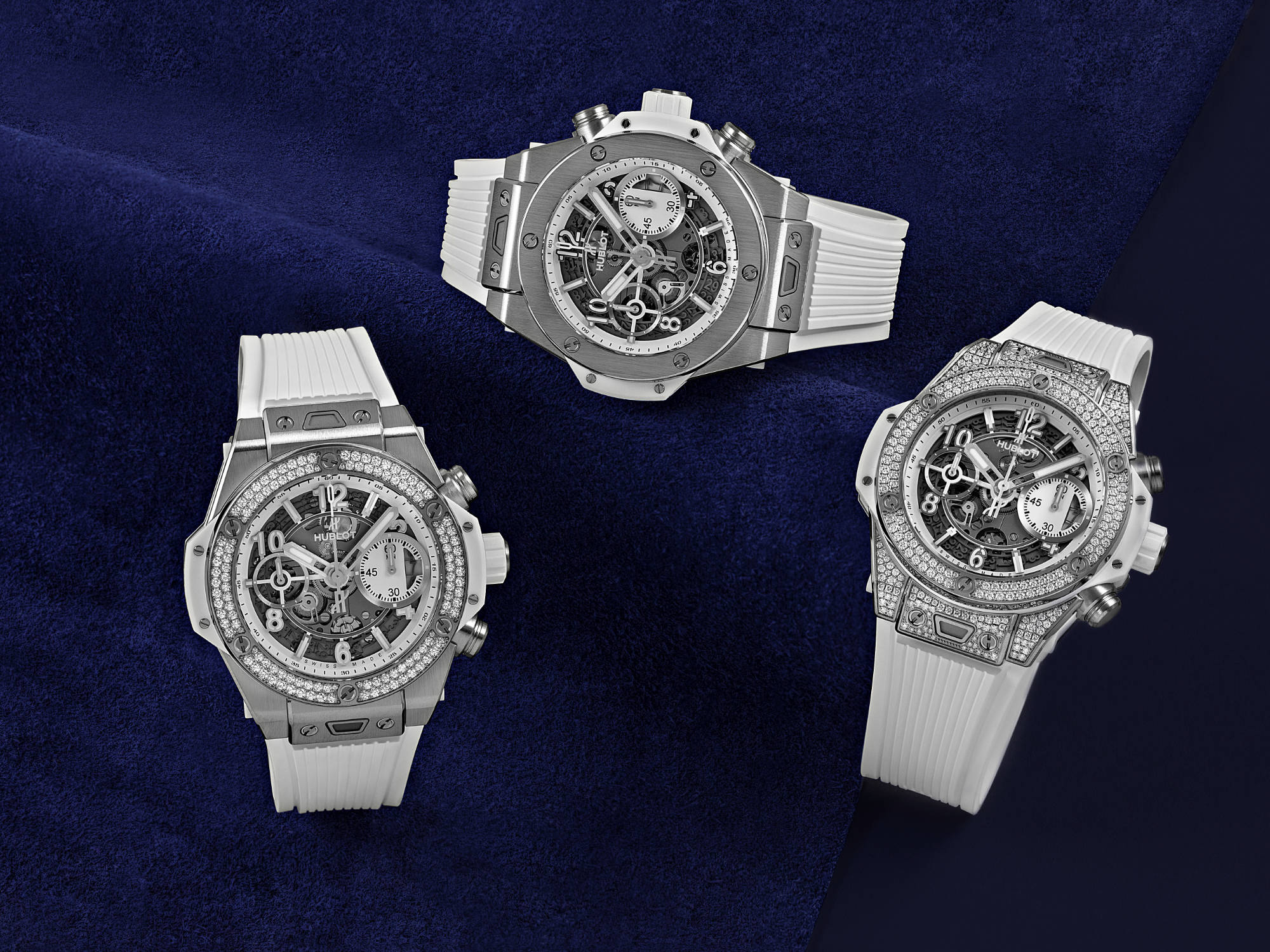 All six variants achieve their slim profile largely thanks to the HUB1280 calibre inside. Launched in early 2018 it’s only 6.75 mm thick (down 1.3 mm from its predecessor).  The newly redesigned case makes it a truly versatile watch for both small and big wrists alike. Smaller but technically superior!

The Calibre HUB1280 maintains a double clutch mechanism with the column wheel viewable from the dial side. It has inherited a number of impressive specs from its predecessor, the HUB1242 UNICO movement whilst making a number of changes. This includes 4 patents (oscillating seconds clutch, chronograph friction system with ball bearing adjustment). Despite its smaller footprint, Calibre HUB1280 manages to add an extra 24 components (bringing the total up to 354 parts) whilst bumping up the number of jewels from 38 to 43. Hublot wanted the piece to be all in white (with the exception of the King Gold colourway option). There’s something inherently classic about a pair of white converse shoes and white T-shirts. It’s a distillation of what the product stands for. There’s no hiding behind eye-catching colours or superfluous patterns.  But there’s always the risk of minimalist design appearing expressionless. Cold even. Luckily for Hublot, the Big Bang Unico is expressive and iconic despite its lack of colour. White, in this case, is used to tame the Big Bang, it’s grounded. Available in a polished/satin colourway with 126 diamonds, or the fully paved option that features 296 diamonds. The illustriousness of the diamonds is offset by the sporty rubber strap. Available in either titanium or King Gold, all bezels are satin-finished and polished with 6 H-shaped titanium screws. All six variants are water resistant to 100 metres and offer 72 hours of power reserve. Perfect for those who want a big watch that doesn’t feel like a big watch, the Big Bang Unico will demand attention on the wrist while being irresistibly comfortable. The titanium version, in particular, offers a subtle break from the all-white aesthetic, but no matter which of the six models you opt for, the Unico will indeed make a statement.