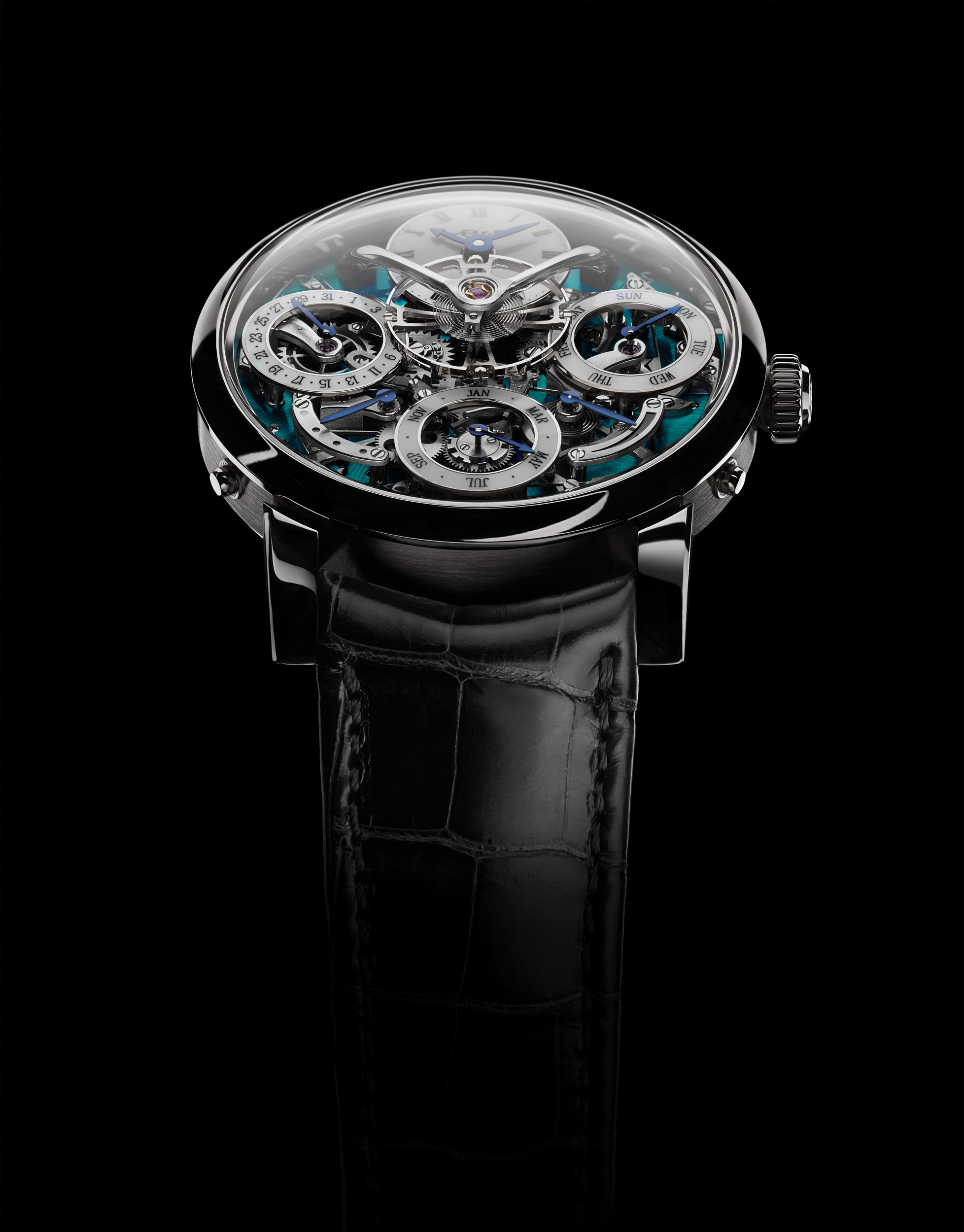 MB&F collaborated with Stephen McDonnell, an English watchmaker who was formerly a teacher at a watchmaking academy in Switzerland. McDonnell was responsible for most of the movement of the Legacy Machine Perpetual, but this is not his first involvement with MB&F. “I can easily say he is one of the few people who saved my company back then,” says MB&F founder Maximilian Büsser, referring to McDonnell’s role in assembling the brand’s first wristwatches when an early supplier could not deliver. 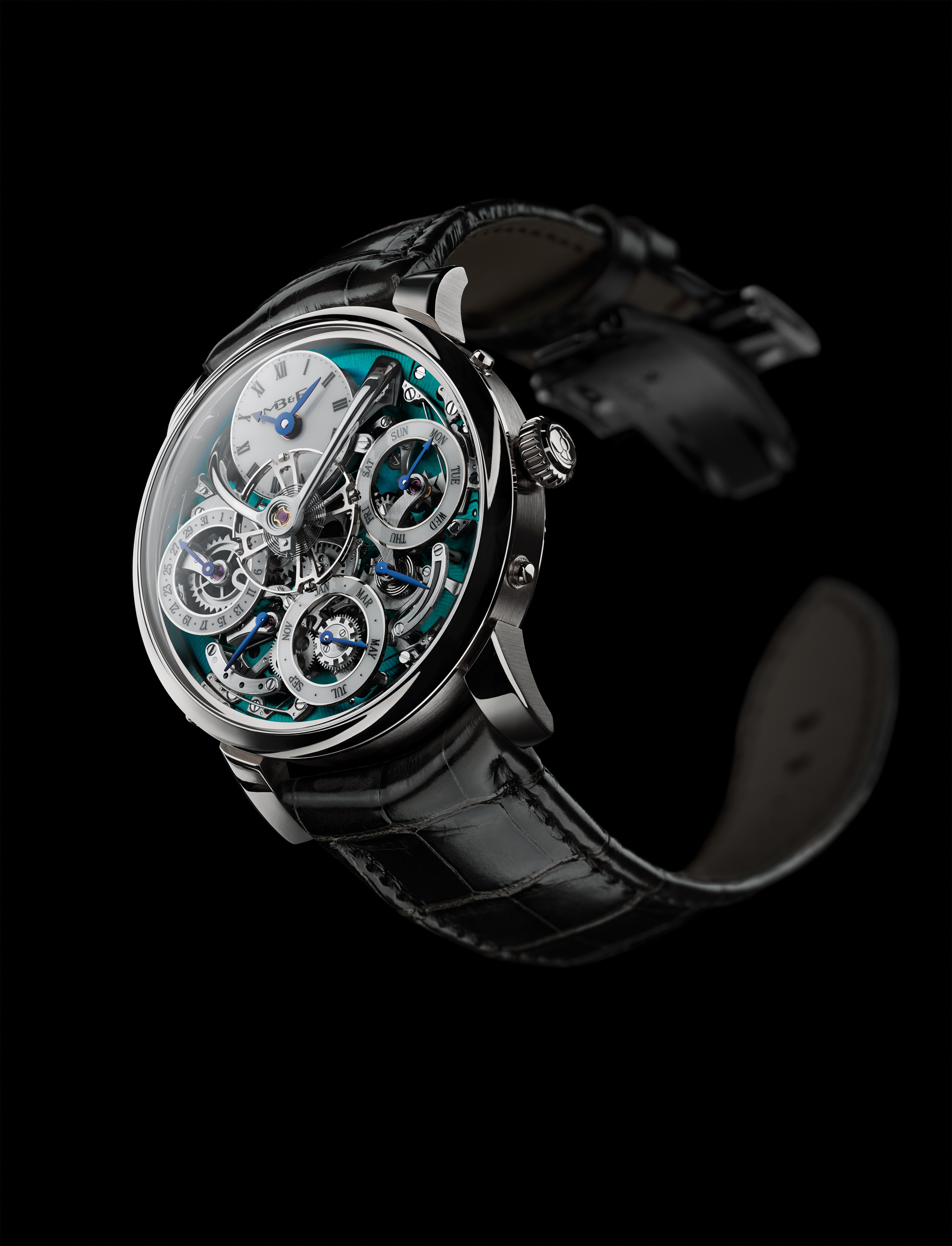 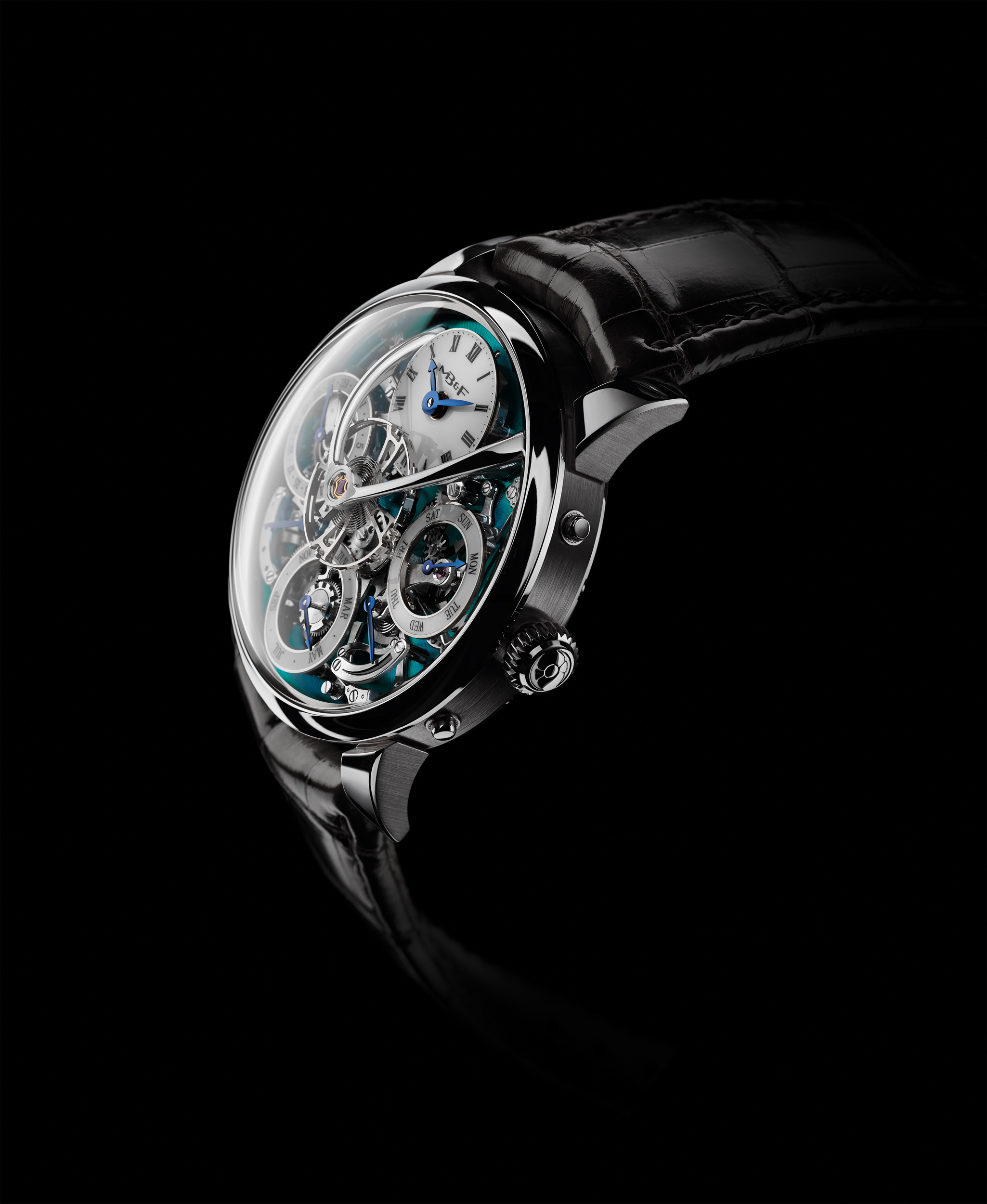 “Instead of considering 31 days as the norm and 28, 29 and 30 as an exception,” explains Büsser, “Stephen considers that all months have 28 days and builds the rest of the dates with his incredible ‘mechanical processor’ and retrograde date system.”

Beyond the clever movement construction, the Legacy Machine Perpetual is also more intuitive and convenient for the owner. “The innovative day, date, month and leap year pushers can be [operated] by hand and do not need a push pin,” says Büsser, referring to the stylus that traditional perpetual calendars require for setting. And the movement features a safety mechanism that prevents damage if it is accidentally set while the calendar is changing. Büsser adds, “This is also one of the only perpetual movements where you can change the year directly saving many tedious setting issues.” 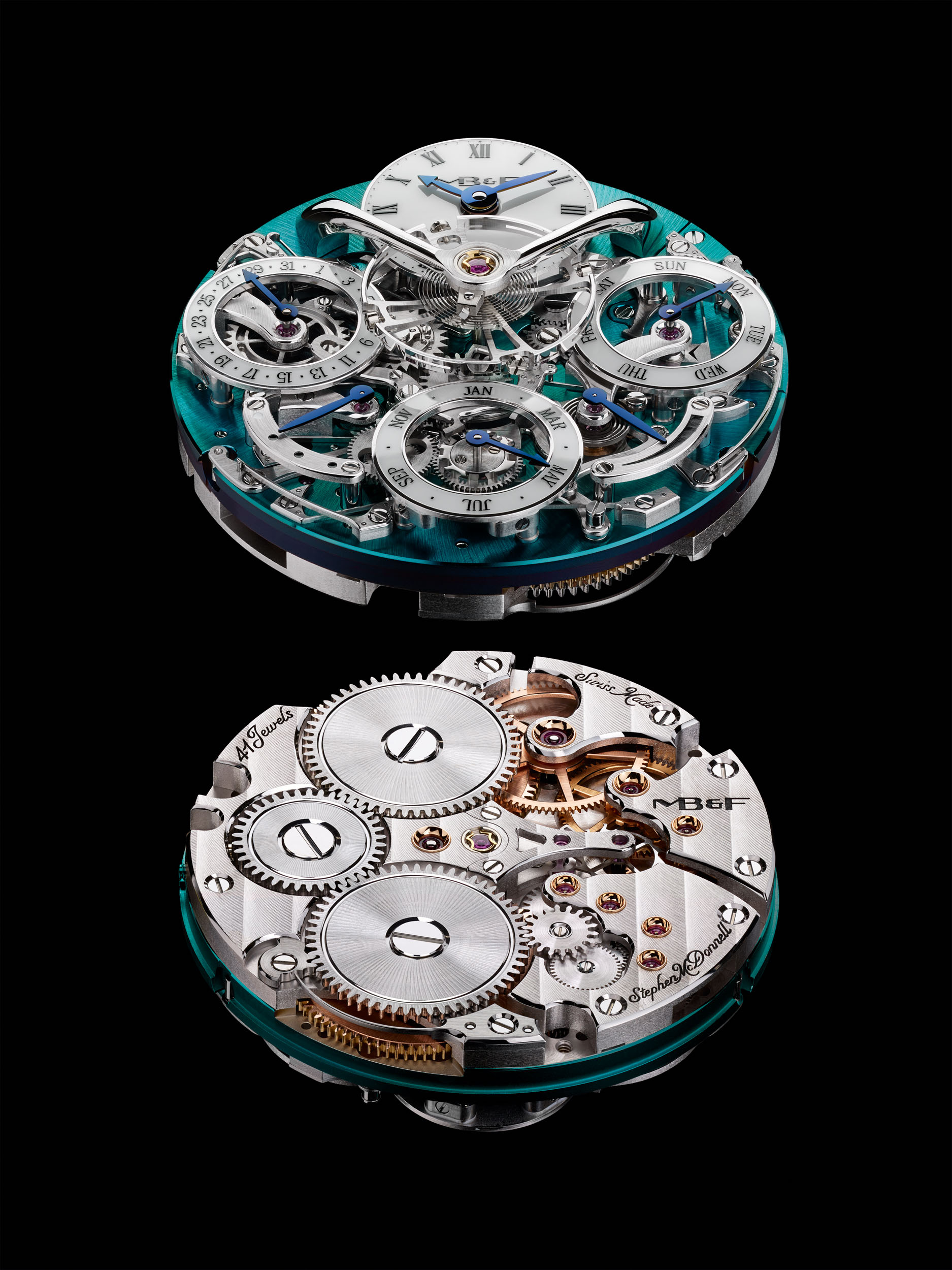 Like all MB&F watches, the Legacy Machine Perpetual is more than just clever engineering. The movement was also designed with the trademark aesthetis of the Legacy Machine series in mind. Consequently, the regulating organ of the movement is separated. “It’s a world’s first of having the escapement at the back of the movement and the flying balance wheel on the top,” says Büsser. The result is a large balance wheel that towers impressive over the dial. But the dial is actually comprised of several sub-dials mounted on pillars, with the intricate mechanism of the perpetual calendar visible below. 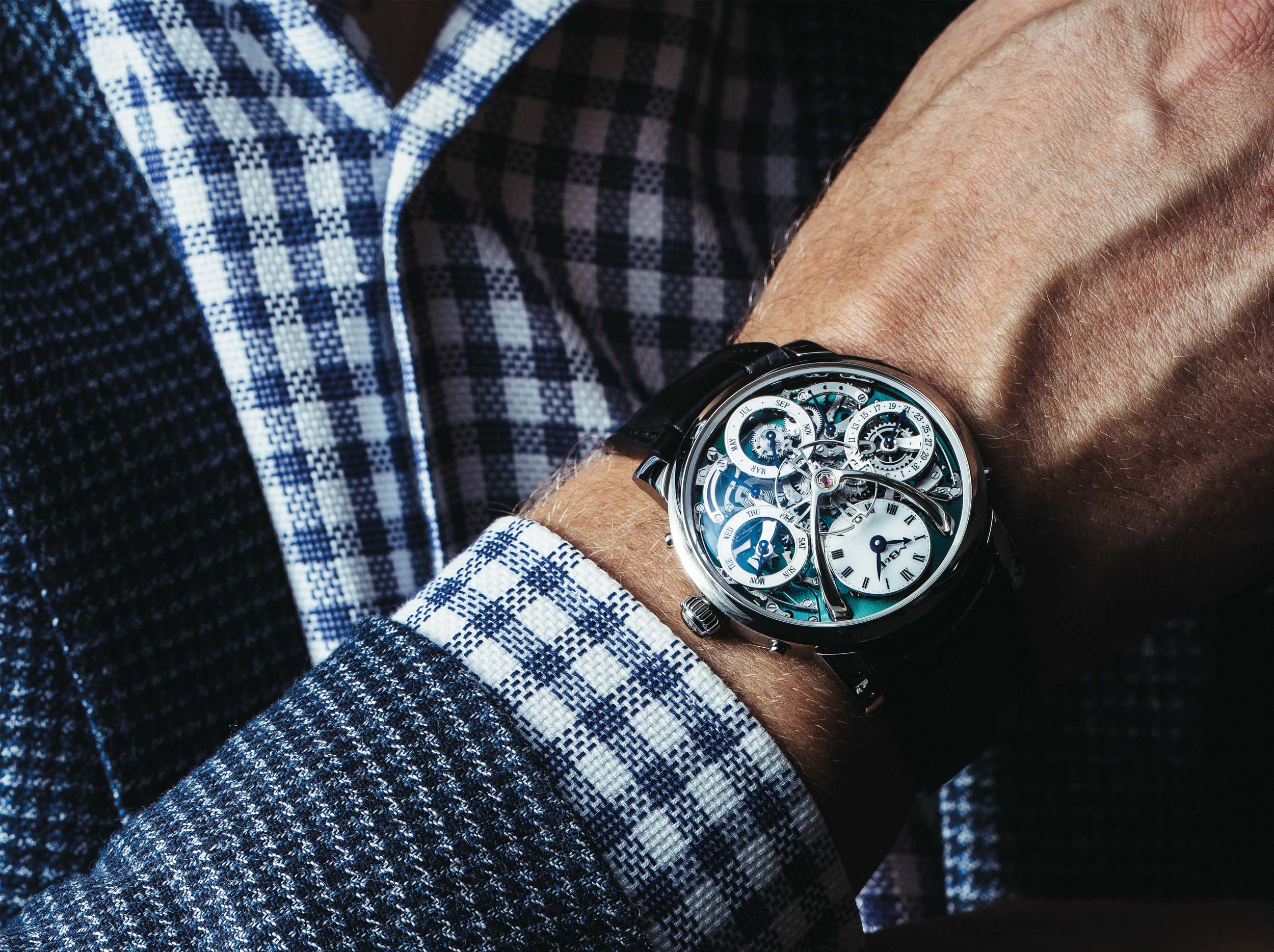 “From the beginning the Legacy Machine line was set up to reinterpret the most famous complications in watchmaking history – with a twist,” Max reminds us, “The Perpetual is just another step in that direction.” 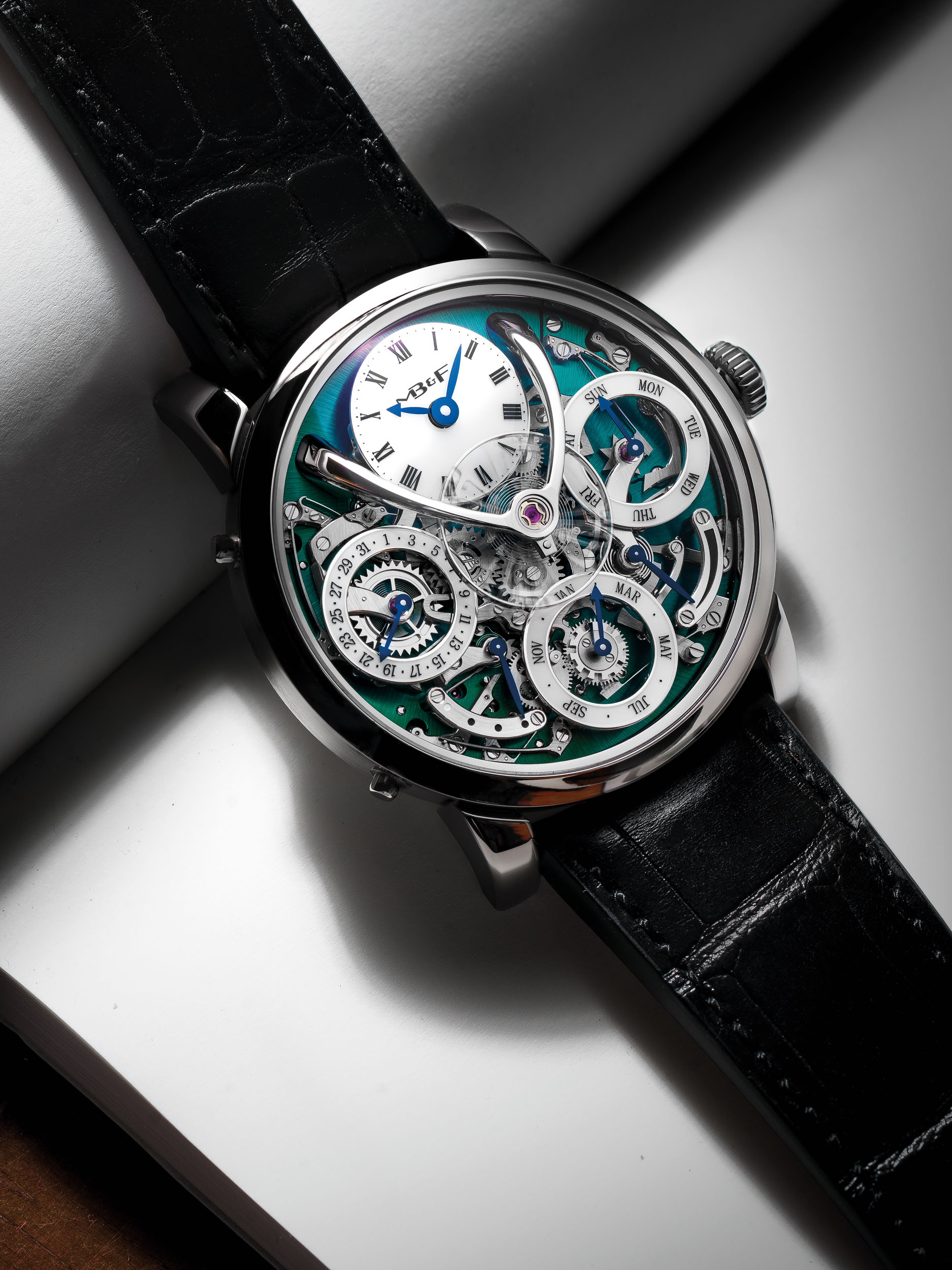