A little power goes a long way. One could say that a mechanical watch’s power reserve provided by a mainspring, or several, is akin to a car’s fuel tank, but it’s not that simple.

Be it automatic or hand-wound, the average mechanical watch movement provides a power reserve of 42 hours, give or take, about two days. And usually, the more complications and features the watch has, the more energy it needs. That energy comes from the tension released as the mainspring coiled within the barrel unwinds.

But creating a greater power reserve is far more complex than simply adding a longer mainspring in a bigger barrel, as the force provided by the mainspring has to be more or less consistent from start to finish for accurate timekeeping. This makes long power reserves both a rarity and a honed skill among watch manufacturers.

De Bethune DB28 Kind of Blue
The epitome of neo-classical watchmaking, De Bethune are able to reinterpret the traditional codes of watchmaking in a unique and contemporary fashion, both in terms of aesthetics as well as movement construction and materials.

Such is the case with the DB28 “Kind of Blue”, featuring a manual-winding movement providing a power reserve of six days with a power reserve indicator mounted directly on the movement side of the timepiece, keeping the open dial uncluttered and perfectly symmetrical. And the watch case is made entirely of titanium heated until it is an incredible dark blue. 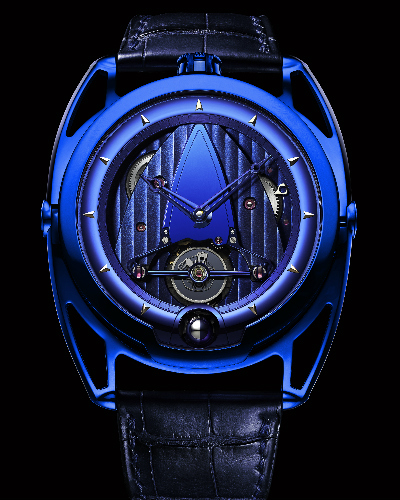 Parmigiani Bugatti Super Sport Sapphire Rose Gold
When a watch is conceived in partnership with one of the greatest supercar manufacturers around, you can expect the exceptional. Such is the case with Parmigiani Fleurier’s Bugatti Super Sport Sapphire Rose Gold, an unusual yet holistic and harmonious piece shaped like the wing of the Bugatti Veyron.

By means of the movement envisioned with power efficiency in mind, the Bugatti Super Sport delivers a power reserve of 10 through only two series-coupled mainspring barrels, visible through the numerous sapphire windows on just about every facet of the case or “chassis”. 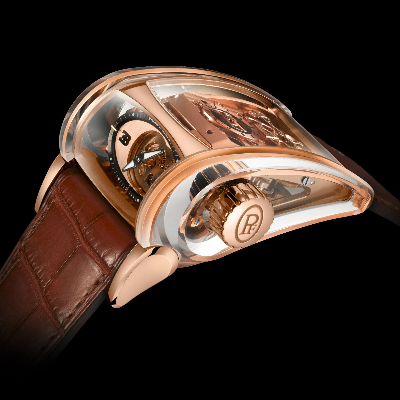 Featuring three spring barrels that offer a power reserve of 10 days, not to mention a very original linear power reserve indication, one could call the Luminor 1950 10-Days Ceramic and a modern remake of Panerai’s historical Angelus movement-equipped watches from half a century ago that boasted 8 days of power reserve. 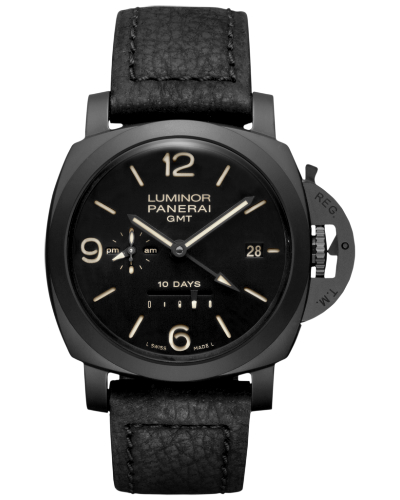 Thanks to its Pellaton winding mechanism, the two large barrel mainsprings are wound much more efficiently than in your typical automatic watch.

Hublot MP-05 LaFerrari
Last but certainly not least is the current record holder for the wristwatch with the longest power reserve, Hublot’s MP-05 LaFerrari. Featuring a singular case and movement construction inspired by its namesake supercar, the MP-05 LaFerrari provides a monumental power reserve of 50 days or 1,200 hours, delivered by 11 centrally-mounted and coupled mainspring barrels.

The power reserve is so impressive that the Hublot MP-05 LaFerrari comes with a dedicated power tool just to wind it, sparing the owner from what I imagine would be quite a tiring experience on the fingers! 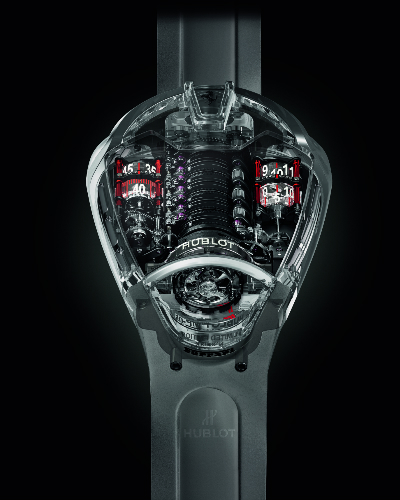