These days, pictures of royals wearing complicated or high jewellery timepieces hardly raise an eyebrow. But turn back the clock a few centuries, and it was an entirely different story. Back then, royals were among the very few who could afford the luxury of a mechanical timepiece. With money being no object, their wealth allowed them to commission incredible pieces of horological art, according to their whims and fancies.

Just think of Breguet’s No. 160, supposedly commissioned by Count Hans Axel von Fersen for his lover, Queen Marie Antoinette. It was the granddaddy of grand complications, packed with every known indication at the time. No time or financial restrictions were placed upon the order, so Breguet and his team spent almost half a century working on it. Ironically, by the time it was completed, both Abraham-Louis Breguet and the Queen had passed on.

The impact that royals had on horology is undeniable. Their patronage was the driving force behind much of the industry’s innovative streaks, particularly in the 18th and 19th centuries. Today, a newly-minted crop of billionaires have joined the ranks of royals as patrons, though they don’t have the same distinction that their blue-blooded counterparts once did. As for the watch manufactures, well, they’re still flourishing. Here are our picks of the top five brands that have a royal connection.

Patek Philippe Ref. 5230G
In the same year that Patek Philippe was incorporated – 1851 – its founders Jean-Adrien Philippe and Antoine Norbert de Patek showcased their wares at the Great Exhibition in London. There, they hit pay dirt, winning over Britain’s reigning monarch Queen Victoria and her husband Prince Albert, who both purchased pocket watches equipped with keyless winding systems – the precursor to modern winding/setting crowns. Following this major coup, the company found favour with royals like Denmark’s Queen Louise, Portugal’s Queen Maria Pia, and Hungary’s Countess Koscowicz. At this year’s Basel fair, Patek Philippe unveiled the stunning World Time Ref. 5230, which sports a hand-guillochéd dial centre reminiscent of the flinqué pattern found on the case backs of pocket watches that the manufacture produced in the 19th century. 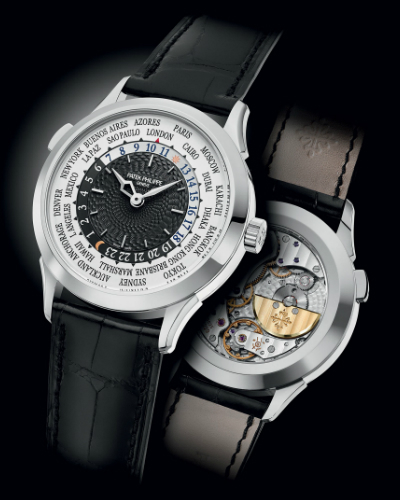 Richard Mille RM 50-02 ACJ
The Richard Mille brand may not have a centuries-old legacy, but it has quickly gained a regal following thanks to the superior build of its watches and – let’s face it – their prohibitively high prices. Spain’s King Juan Carlos I owns several Richard Mille watches, and in fact it was he who convinced tennis superstar Rafael Nadal to partner the brand. Brunei’s Sultan Hassanal Bolkiah is also a Richard Mille devotee; he’s one of five owners of the sapphire crystal-encased RM 56-01 Tourbillon Saphir. No word on whether the Sultan purchased one of Richard Mille’s latest offerings, the RM 50-02 ACJ – a Tourbillon Split Seconds Chronograph made in collaboration with aircraft manufacturer Airbus Corporate Jets – but his collection of private planes does include an Airbus 340-200. 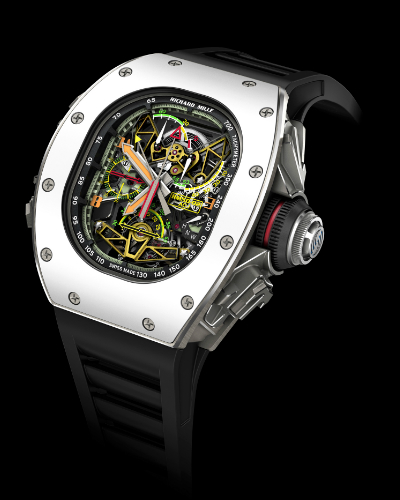 The RM 50-02 ACJ is encased in a titanium-aluminium alloy, the same one used on Airbus jet turbine blades.

Breguet Tradition 7067
Breguet’s 240-year history means that it’s had plenty of time to chalk up blue-blooded fans, and indeed it has. From Caroline Murat, Queen of Naples and Empress Joséphine (wife of Napoleon Bonaparte) to Russia’s Tsar Alexander I and Britain’s King George IV, Breguet has had no shortage of royal patrons. But none of them could surpass France’s Queen Marie Antoinette, who was gifted a pocket watch so complicated (and infamous) that it took 44 years to build – long after both the queen and Breguet himself passed away. Today, the manufacture’s know-how is encapsulated in the Tradition collection, which brazenly displays movement parts above the mainplate. On the Tradition 7067, a GMT wristwatch, local time is shown on the subdial at 12 o’clock while hometime is indicated by the subdial at 8 o’clock. 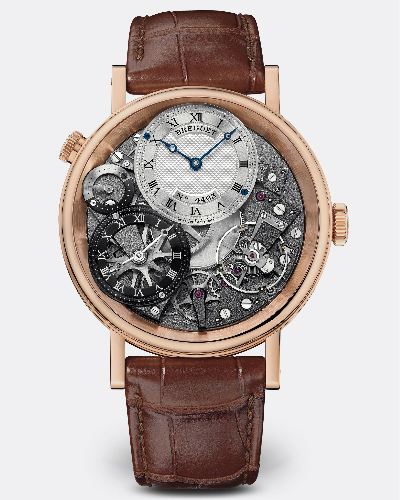 Breguet’s La Tradition collection, like this GMT model, harks back to the golden age of watchmaking in the 18th and 19th centuries.

Jaeger-LeCoultre Calibre 101
For much of its early history, Jaeger-LeCoultre was better known for supplying movements to other brands, so the company didn’t have quite the same cachet among royal patrons as, say, Breguet or Patek Philippe. However, this changed once the Reverso was introduced in 1931. First popularised among elite, polo-playing British officers stationed in India, it wasn’t long before royals like King Edward VIII cottoned on to its appeal and commissioned a bespoke Reverso. The affinity between Jaeger-LeCoultre and the British monarchy continued when Edward’s niece, Queen Elizabeth II, was gifted a yellow gold Calibre 101 watch by France’s then-President Vincent Auriol. She wore this on her Coronation Day in 1953. To mark the Queen’s Diamond Jubilee in 2012, Jaeger-LeCoultre presented her with a white gold version of the watch, still powered by Calibre 101 (the world’s smallest mechanical movement) and studded with baguette diamonds. 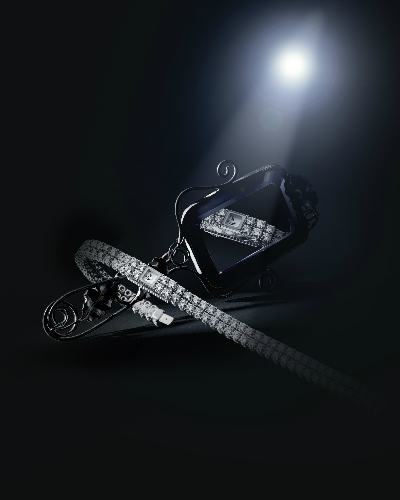 A white gold edition of the Calibre 101 was presented to Queen Elizabeth II to mark her Diamond Jubilee in 2012.

Vacheron Constantin Historiques American 1921 platinum
A manufacture as old and storied as Vacheron Constantin – 261 years and counting – is sure to have courted a few royals in its day. True enough, it was among the first Swiss marques to enter the Chinese market in the 19th century, enthralling Qing emperors with its enamel-dialled pocket watches. India, too, was a prime source of regal collectors, among them Sir Bhupindra Singh, Maharaja of Patiala. Other Maharajas also followed his lead. But the manufacture’s most notable aristocratic client is Egypt’s King Farouk I, for whom it made its second most complicated timepiece ever (the first being 2015’s Ref. 57260). Something a little less complicated, but no less appealing, is the Historiques American 1921, now available in a platinum edition. It was previously housed in a yellow or pink gold case.

A favourite among collectors, the Historiques American 1921, or 1921 for short, was recently issued in a platinum version for the first time.