Swiss watchmaker Ulysse Nardin became a powerhouse of innovation and experimentation thanks its late owner Rolf Schnyder who died exactly 10 years after the launch of a watch he playfully named the Freak. Aside from an extremely original design, what made the Freak controversial was its use of silicon parts in a mechanical movement – an industry first. At the time using anything but the most traditional materials and techniques was practically taboo in high-end Swiss watchmaking.

Looking back at the Freak 15 years after its launch shows its impact on the watch industry is clearly profound. Not only is silicon actually celebrated today for its benefits compared to traditional watchmaking materials like metal, but the watch industry took to heart the success of a timepiece that celebrated both mechanical heritage and position as an avant-garde luxury product.

Visually the Freak was strange because most of the movement itself was display on the dial and formed the minute hand of the watch. All Freak watches do not have crowns, and are rather set and wound by the case itself.

This less than obvious mechanism means that you twist the notched back of the case to wind the movement and you turn the bezel of the watch (after lifting a small security latch) in order to set the time. Winding the Freak was never one of Ulysse Nardin’s principle achievements in the watch as the process is awkward.

Nevertheless, despite the fact that the movement is manually wound, Freak watches have a power reserve of about a week – which means winding the watch doesn’t need to occur on a regular basis. Ulysse Nardin implemented a cleverly simple means of showing the power reserve of the watch with a small porthole on the barrel revealing the mainspring itself which allows the user to see how tightly wound the mainspring is.

In the early years of the Freak it was totally unclear to Ulysse Nardin what type of commercial success it would have.  After an initial limited production, the brand ended up producing more, and then new cosmetic versions of the Freak started to become regular. In 2007 for example Ulysse Nardin released a 28-piece limited edition variant of original Freak with diamond-set tipped hands. 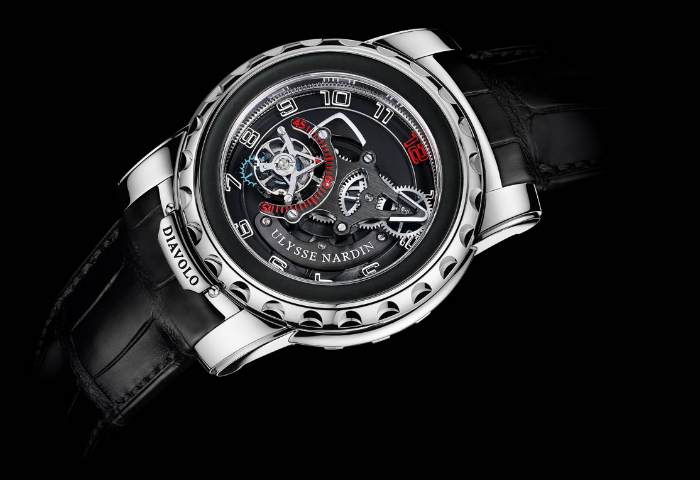 Gradually Ulysse Nardin also improved on the mechanics inside the watch. One of the most important Freak transformations came in 2010 when Ulysse Nardin upped their own game with the Freak Diavolo – which added a flying tourbillon to the existing movement that already functioned more or less like an orbital tourbillon. An important element the Freak Diavolo was the elimination of a central pin that went through the entire movement and sapphire crystal meant to hold the movement in place. Eventually Ulysse Nardin was able to engineer out the pin, even as some collectors loved it.

After the Freak Diavolo Ulysse Nardin came out with the Freak Cruiser. 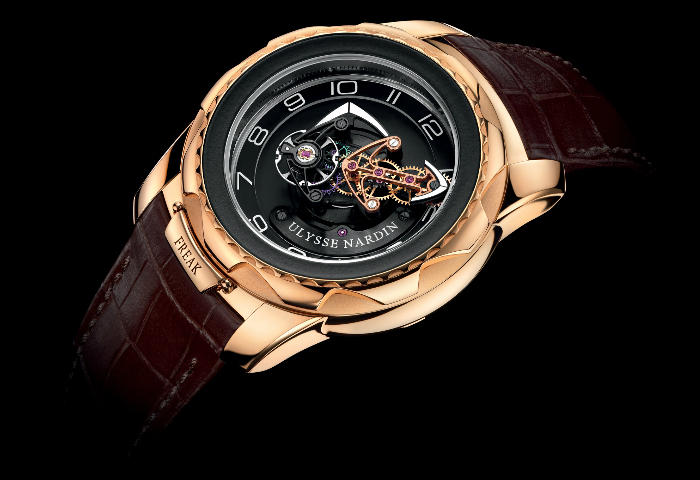 With each new Freak watch Ulysse Nardin would offer additional tweak or design changes meant to both enhance and diversify the personality of Freak timepieces. The Freak Cruiser, meant to be replace the original Freak as the most accessible version of the Freak. One could easily call the Freak Cruiser to be the most complete Freak to day given its mixture of features, aesthetic refinements, and ability to be worn on a daily basis.

Later still in 2015 Ulysse Nardin released the sophisticated FreakLab which introduced a new double escapement system which is seen by many as further flexing of Ulysse Nardin’s horological muscles. Finally, the Freak included features some might consider pedestrian, such as a date window – along with a clever way of setting the date without a crown. 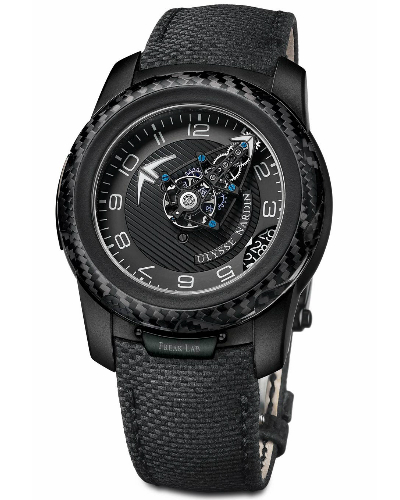 And most recently Ulysse Nardin has chosen a Freak watch to celebrate its partnership with Team Artemis, the Swedish entrant in the America’s Cup, creating the FreakWing in black and yellow with a carbon fiber bezel. 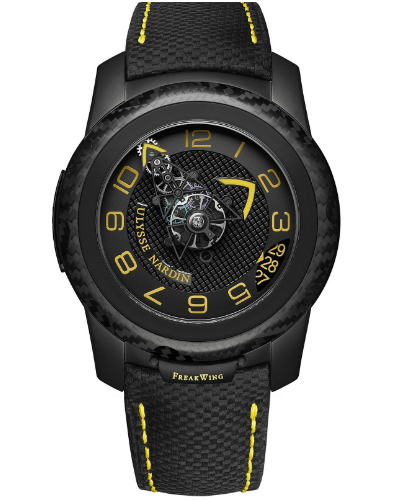 Over its 15-year lifespan the Freak has gone from being a revolutionary timepiece to a fixture in the realm of cutting edge high horology.

2007 – The Freak DIAMonSIL makes it debut, combining synthetic diamond and silicon in the escapement

2010 – First Freak with a flying tourbillon which indicates the seconds, the Diavolo unveiled

The Hour Glass is the exclusive retailer of Ulysse Nardin in Singapore.