With the global economy being what it is these days – lacklustre – and consumers being more value-conscious, watchmakers have had to introduce more entry-level pieces (and prices). The intention is to encourage spending by eliminating the possibility of consumers having second thoughts.

But this is also good news for budding watch collectors or young professionals starting out in industries that are image-conscious (say, banking and finance) and want to leave a good impression on their clients. As we’ve noticed at the recent SIHH and Basel fairs, many novelties were priced under S$10,000.

And that’s just the sticker price. Throw in a discount from your friendly retailer and you’ve got yourself a well-made precision timekeeper, possibly with an in-house movement, that will undoubtedly earn you major cred. Or at the very least, it will garner looks in your direction. Here are five of our top picks.

Drive de Cartier
It’s rather bold of Cartier to debut an entirely new watch collection a year after launching Clé, but with an offering this handsome it’s hard to fault them. Sporting a new case shape best described as a rounded TV screen (or cushion), Drive de Cartier comprises three models with different complications, case materials and dial finishes. We love the simplicity and sheer elegance of the small seconds model, powered by the in-house 1904MC-PS. With different guilloche patterns on the dial centre and sub-dial, Roman numerals, and blued steel sword hands, the watch speaks volumes about the taste level of its wearer. 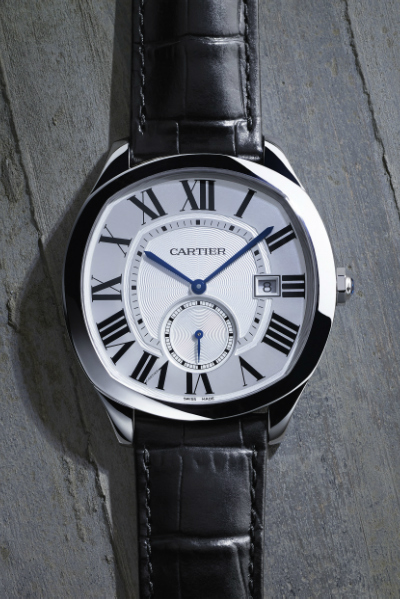 Hey good-looking! the Drive de Cartier is not only blessed with good genes, but is also equipped with an in-house engine.

IWC Pilot’s Watch Chronograph
IWC revamped their Pilot’s Watch lineup this year. New recruits were added to the ranks, while some existing troopers were given major overhauls. Others received aesthetic makeovers, like the Chronograph, whose dial is now cleaner and more impactful. Gone is the triple date window at 3 o’clock, replaced by a single aperture. The five-minute numerals have also been removed from the minute track, making the dial appear less cluttered. There’s also more breathing space thanks to the case being upsized by 1mm to 43mm, though the engine remains the same (Calibre 79320). Available with a stainless steel bracelet (Ref. IW377710) or Santoni black leather strap (Ref. IW377709). 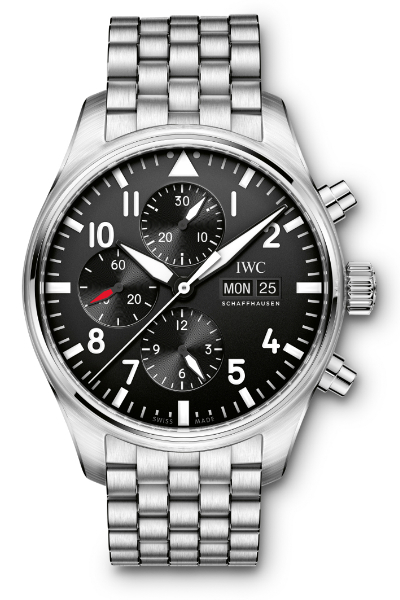 Straddling the divide between rugged and refined, IWC’s refreshed Pilot’s Watch Chronograph is eminently presentable worn both on-duty and off.

Nomos Tetra Neomatik
These days, it pays to stand out from the crowd, and one watch that allows you to do just that is the square-cased Nomos Tetra Neomatik. Previously, the line was skewed towards women with cases sized at 27.5mm and 29.5mm, but this year the Glashütte brand launched a more masculine 33mm chassis. Like all Nomos watches, the Tetra Neomatik is fitted with an in-house calibre, DUW 3001, visible through the open case back. From there you can admire the hallmarks of Glashütte manufacture, such as the traditional three-quarter plate and Glashütte ribbing. Two dial variations are available: white silver-plated (Ref. 421) or lacquered dark blue (Ref. 422). 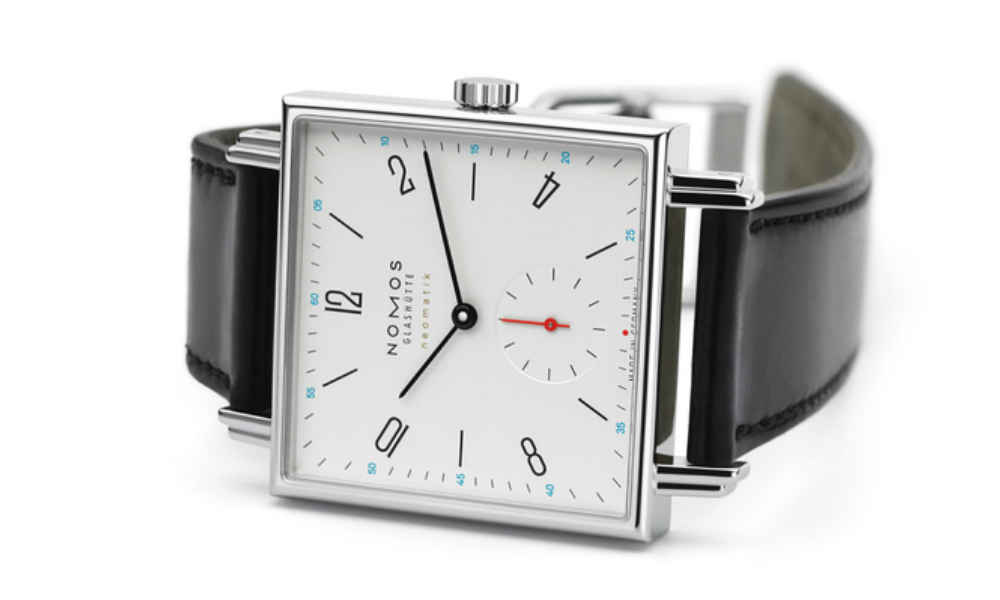 If you march to the beat of your own drums, then Nomos’ Tetra Neomatik – equipped with a proprietary calibre – has your name written on it.

Omega Speedmaster CK2998 Limited Edition
You can hardly go wrong with a Moonwatch, both for its iconic status as well as its versatility – it looks great worn with corporate threads or a casual getup. Issued in a limited run of only 2,998 pieces, the Speedmaster CK2998 Limited Edition is a remake of the 1959 original, also known as reference CK2998. One of the most beloved features of the original is its ‘lollipop’ central chronograph seconds hand, which is faithfully reprised here. Calibre 1861 – another much-loved Speedy attribute – also finds its place at its core. What’s new is the blue-and-white colour scheme, including a blue ceramic bezel with Super-Luminova for enhanced legibility. 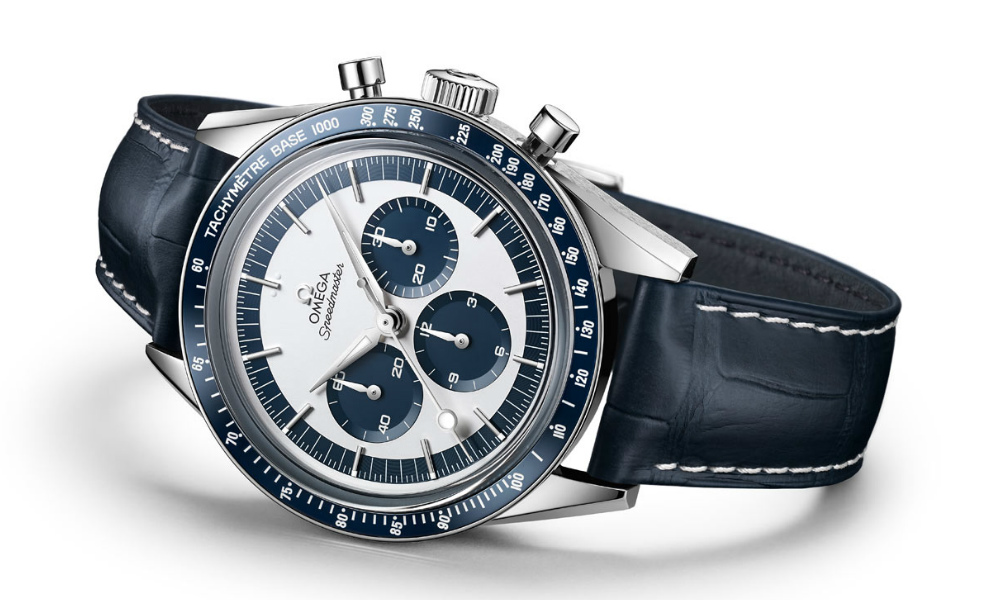 Omega’s Speedmaster CK2998: a watchmaking icon, reinvented with a stunning new colour scheme, yet still maintaining its desirable attributes. What’s not to love?

Rolex Oyster Perpetual Air-King
One of the watches that got a lot of attention at Basel this year was Rolex’s Air-King, which was updated from its previous 34mm case to a more contemporary 40mm housing. The watch’s signature Arabic numerals 3, 6, and 9 remain, but the hour markers have been replaced by a prominent minutes scale, which gives it a more youthful look while also alluding to the watch’s history as an aviation instrument. Hardcore Rolex fans will like the fact that this is the first time the brand name and logo appears in green and yellow, while tech heads will appreciate the Calibre 3131 at its heart – the same engine that drives the fancier Milgauss. 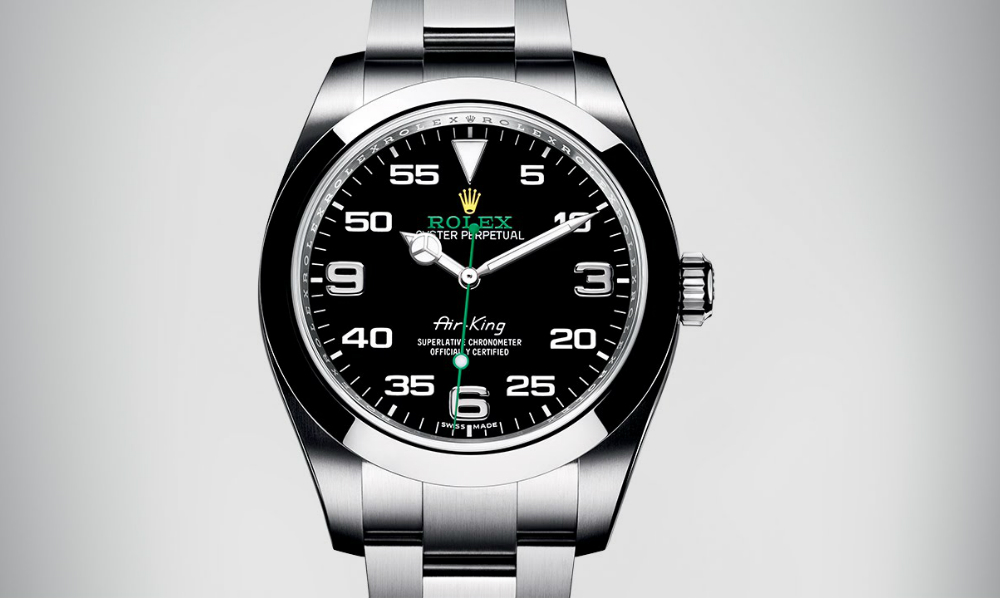 Make a bold statement with one or Rolex’s most underrated watches; the Air-King, now available in a more modern 40mm Oyster case.