Having kicked off their first Grand Exhibition in 2012, the event has become one of the most anticipated events on watch collectors calendar. This time around it’s held in Singapore, home to some of the savviest watch collectors out there. The exhibition is also aimed at drawing those new to watches into the fold.

A Bit of a Background

Patek Philippe’s museum in Geneva has become a destination in the watch community. Each year, eager watch enthusiasts seek any opportunity to visit the historic watchmaking town and explore the halls of this Swiss institution. Inside, they will find some of the most innovative and interesting watches of the past few centuries.

They will not only discover sensational watches made by Patek Philippe themselves but also see models created by other renowned manufacturers. However, there are still many watch lovers who have yet to make the coveted pilgrimage to the Patek Museum. That was until 2012 when the brand decided to take a selection of the museum’s most valuable pieces on the road for exhibition.

The inaugural show, called the Watch Art Grand Exhibition, took place in Dubai. It ran for just three short days in January 2012 with over 3,500 visitors in attendance. Here, patrons could view 400 exhibits displayed throughout eight themed rooms. These exhibits included the complete collection of Patek Philippe watches, featuring complications and grand complications ranging from perpetual calendars to minute repeaters. One of the brand’s most groundbreaking and complicated watches, the Sky Moon Tourbillon, was there in all its splendour.

In addition, there were a number of one-off pieces showcasing rare, artisan skills like engraving and enamelling. The piece de resistance of the event was the Patek Philippe Star Calibre 2000. This incredible timepiece houses twenty-one complications and six patented innovations, including a Grande Sonnerie that plays the Westminster Chime. This amazing creation is the first of its kind. Following the opening in Dubai, the exhibition travelled throughout other parts of the Middle East. 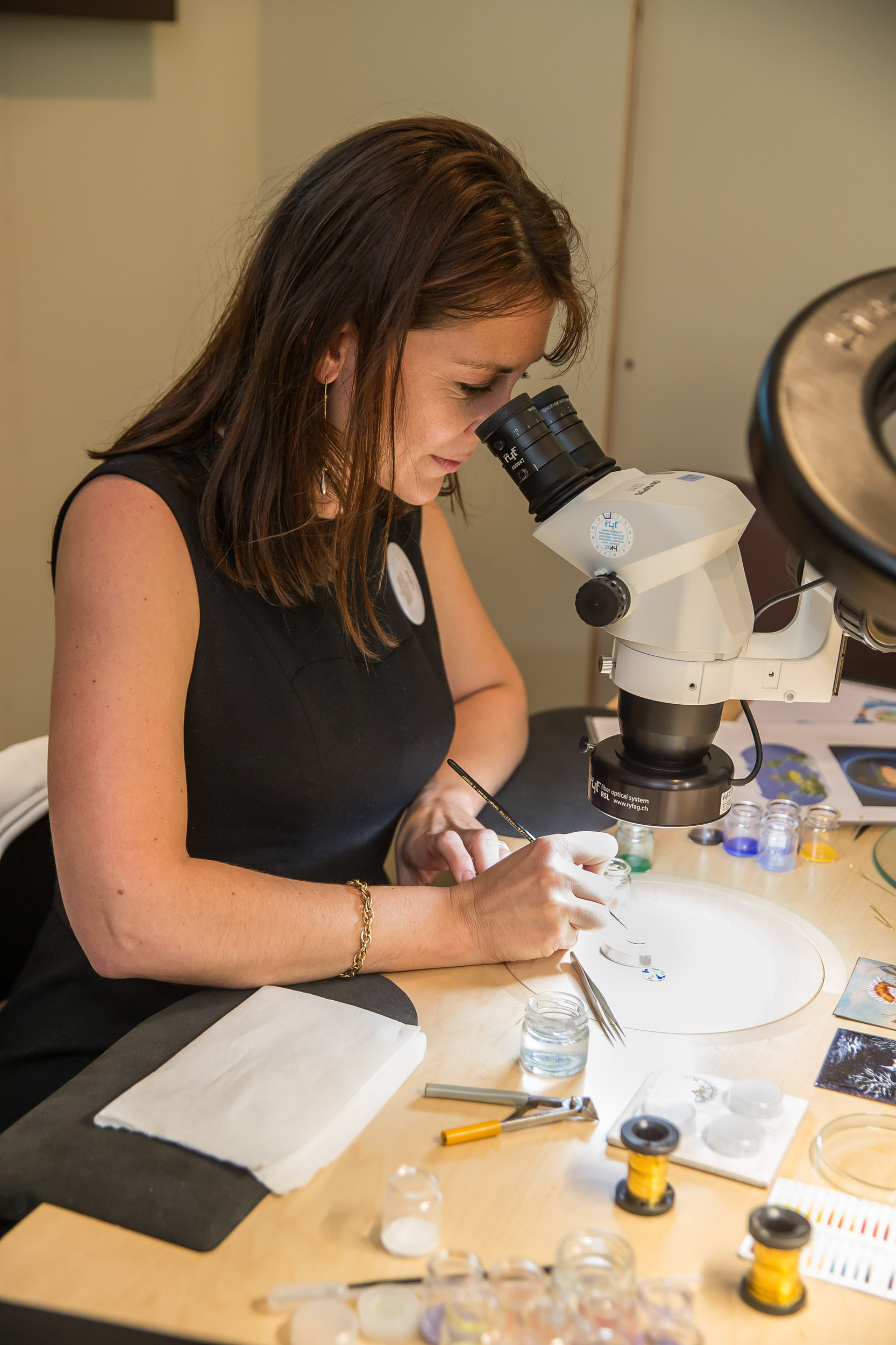 After 2012, the exhibition became an annual event for the brand. The 2013 Patek Philippe Grand Exhibition “KunstWerkUhr” took place at the Kunsthalle der HypoVereinsbank, a famous art gallery in Munich. This time, it ran for eleven days in October and attracted nearly six times as many visitors as the year prior. The brand increased the number of exhibits to 474 and based the design on three key elements: the museum, the workshops, and fine artisanship.

The experience gave attendees a chance to explore the company’s history through timepieces. In addition to many of the same elements featured at the previous year’s exhibition in Dubai, the 2013 event had one major attraction: a display of live demonstrations given by watchmakers and artisans straight from the company’s Geneva workshop. This included enamel painters, gem setters, engravers, and engine-tuning experts. The exhibition took a year off in 2014 in honour of the manufacturer’s 175thanniversary celebration in Geneva. It returned in 2015, this time in London for twelve days. In its third year, the exhibition was bigger and better than ever with twenty-one themed rooms. More than 42,500 visitors came to visit the show, and Patek Philippe continued to up the wow factor of the event with new items on display and offerings for patrons. They showcased their 175thanniversary watch, the Grandmaster Chime, Reference 5175. In addition, they created a special limited edition series of watches for both men and ladies. 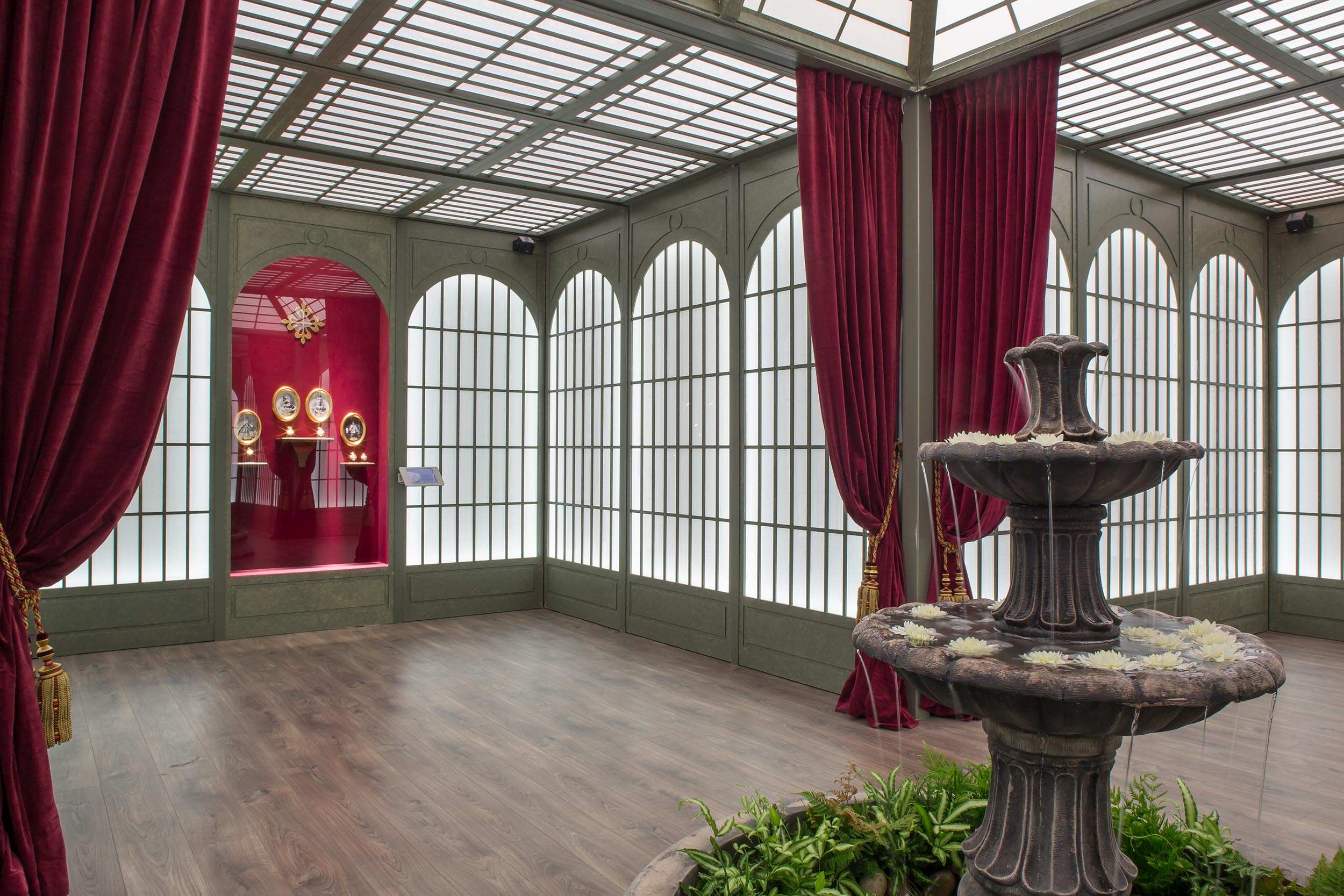 The design drew inspiration from a British officer’s style case resulting in a variation on the iconic Calatrava and models with complications, including minute repeaters and perpetual calendars. 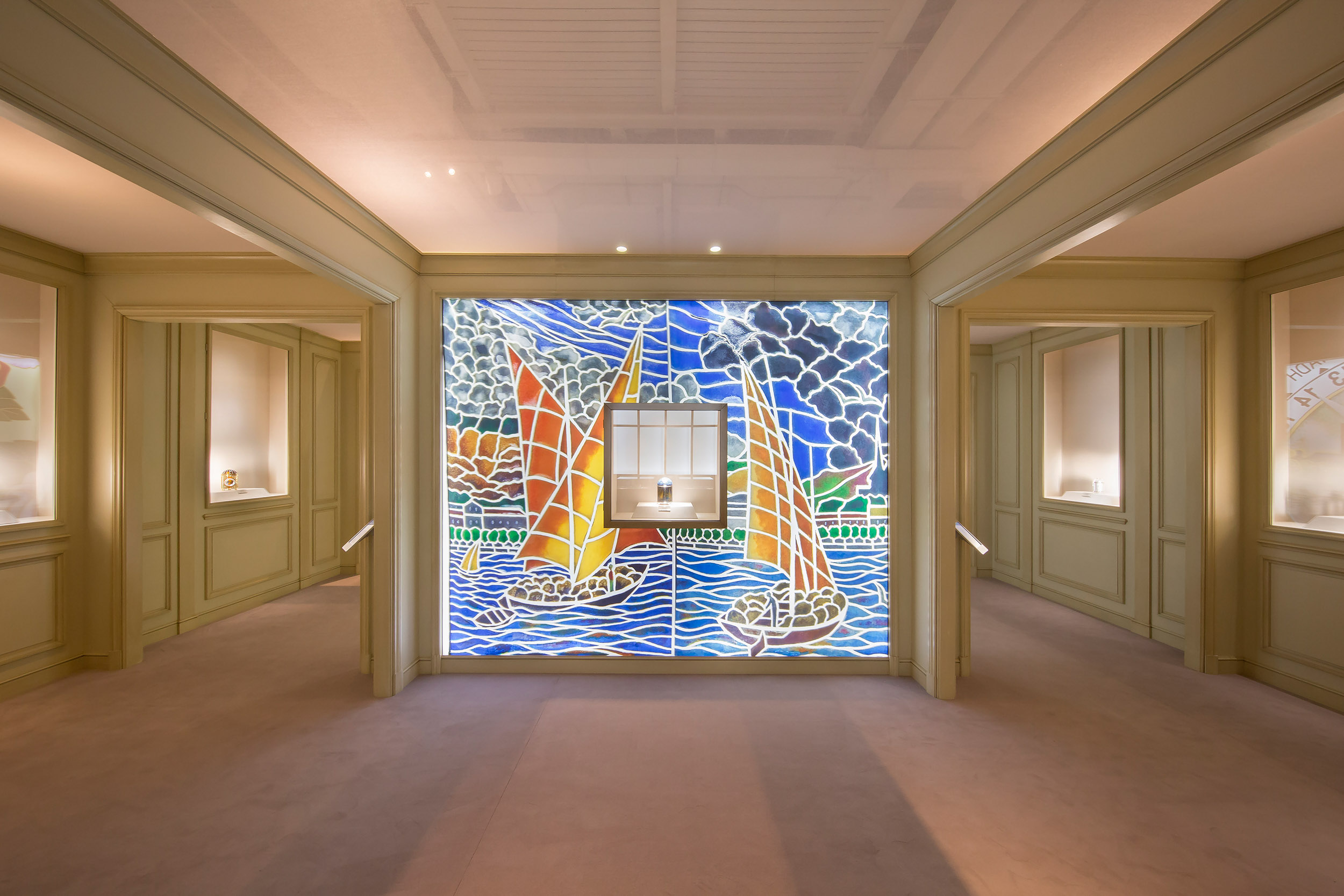 The most recent exhibition took place in New York City in 2017. That year, the brand renamed the event The Art of Watches Grand Exhibition: Discovering the World of Patek Philippe. For the first U.S.-based event, a selection of historic timepieces with USA-related backgrounds were also included in the display. 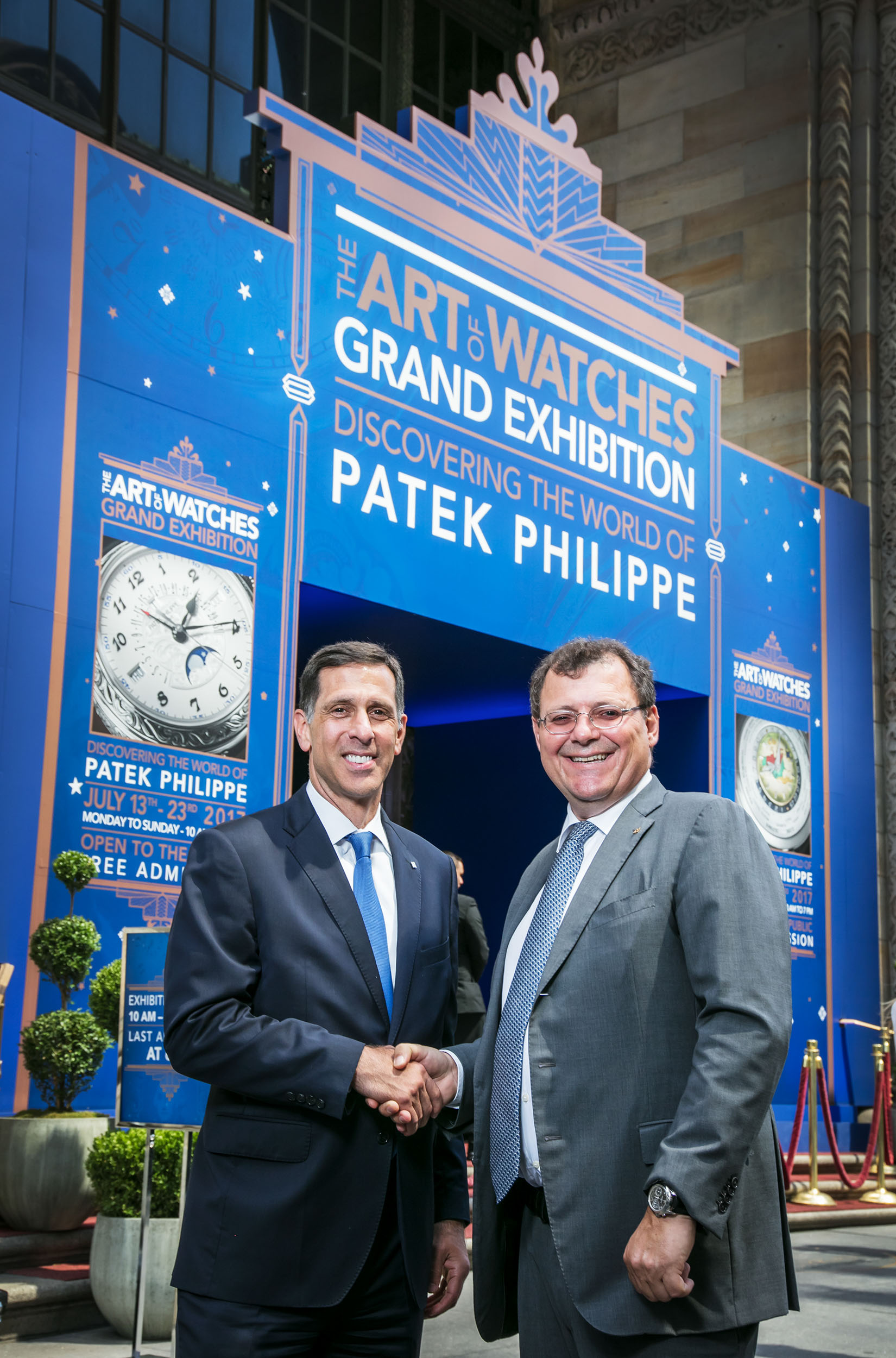 Like the year prior, the manufacturer designed nine limited editions for the event. This included the global debut of an all-new World Minute Repeater and seventeen rare handcrafts creations, a series of pocket watches, wristwatches, and dome table clocks that paid tribute to American and New York. In 2018, the exhibition took a hiatus once again. Instead, Patek Philippe focused on their Rare Handcrafts Exhibition in Geneva. However, in 2019, the Art of Watches Grand Exhibition: Discovering the World of Patek Philippe is set to return, this time in Singapore. 2019 will prove to be a big year for the watchmaker’s most important Southeast Asian city and home of their largest boutique in the region. 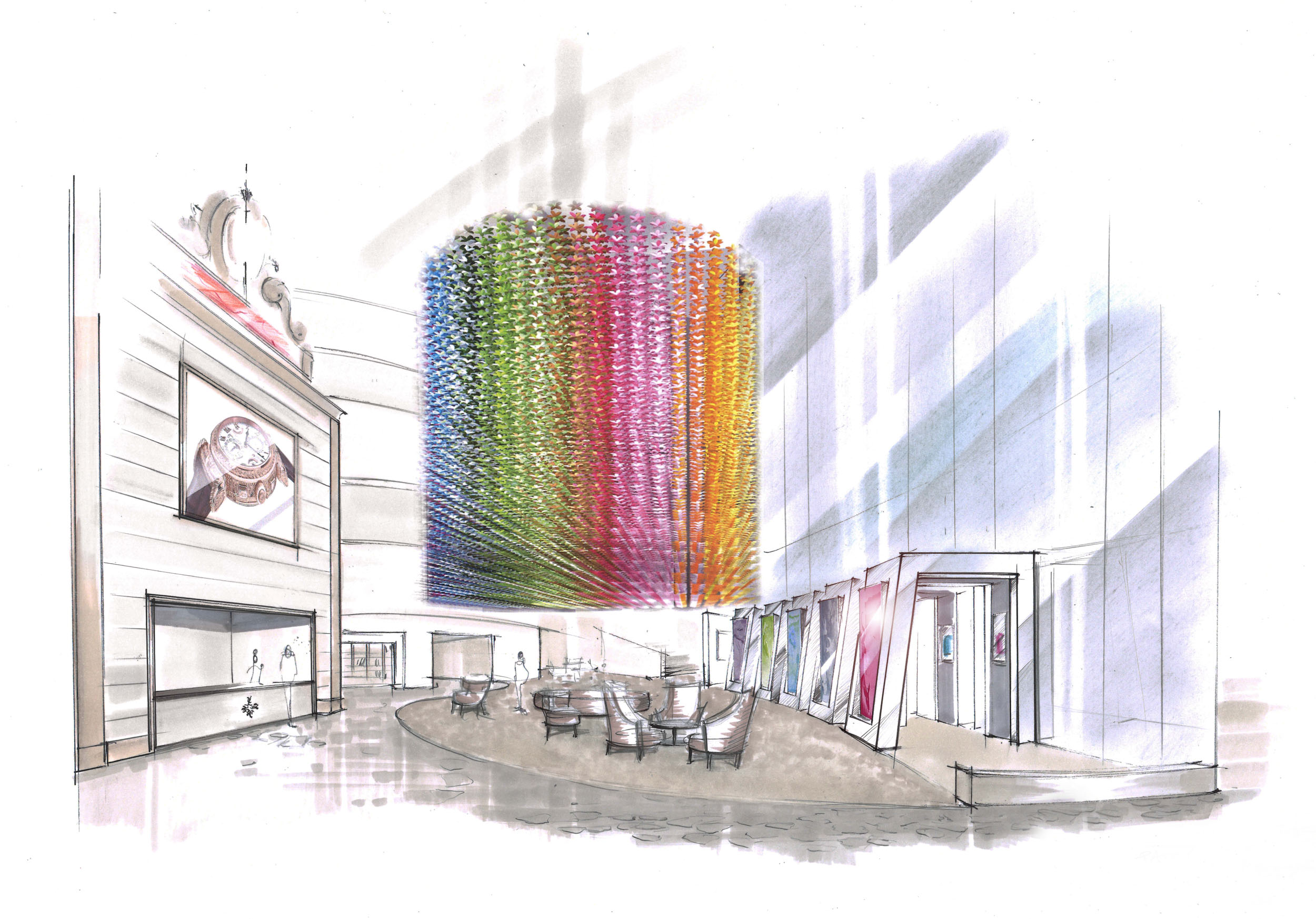 With the digital world we live in and increased accessibility to explore timepieces, brands, and their history online, events like the Grand Exhibition feel increasingly important. Watches, perhaps more so than many other goods, need to be seen in person. Even though Patek Philippe has made equal efforts to adapt with the times, like bolstering their social media presence, it is good to see their continued commitment to these “offline” events. Information on the Watch Art Grand Exhibition in Singapore