Biker Chic: Watches As Fancy As Your Motorcycle

Thumb your nose at your conformist peers and fulfil that childhood dream of riding into the sunset on a two-wheeler. Because, as they say, you only live once. Here are four watches you can buy with the money you’ve just saved and wear on your next ride, because who needs a second supercar anyway? 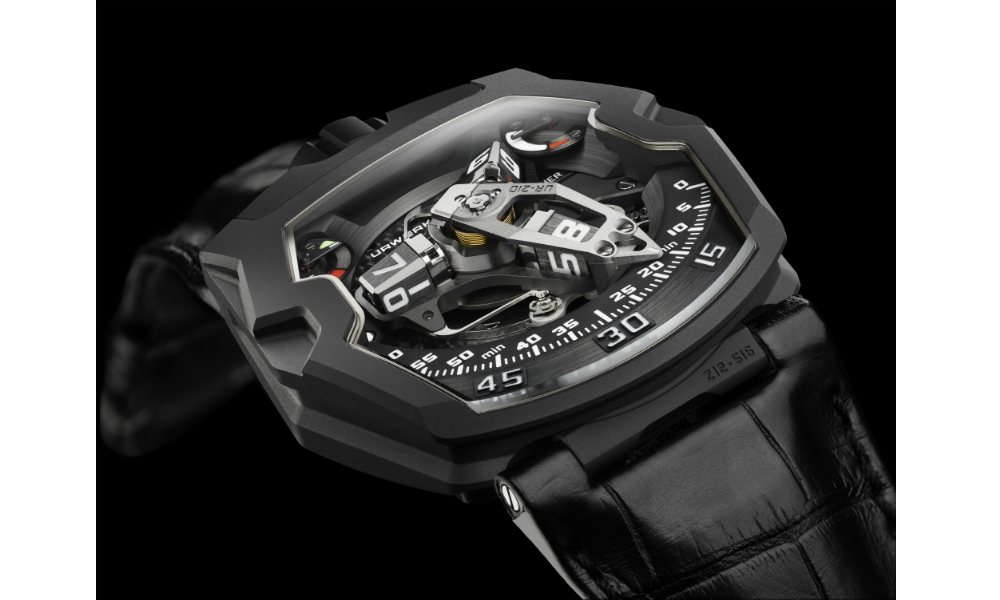 The Urwerk UR-210 AlTiN tells time in a completely new way using a massive retrograde hand that traces a 120-degree arc.

An uber-advanced watch, it tells time in a completely new way using a massive retrograde hand that traces a 120-degree arc (showing minutes) while simultaneously framing one of a trio of rotating four-sided satellites (showing hours). The cutting-edge technology extends to the case material, which uses a group of coatings consisting of aluminium, titanium and nitride to create a hardness that withstands even acid. It also has a “winding efficiency” indicator to show how well your movements have translated into power for the watch. 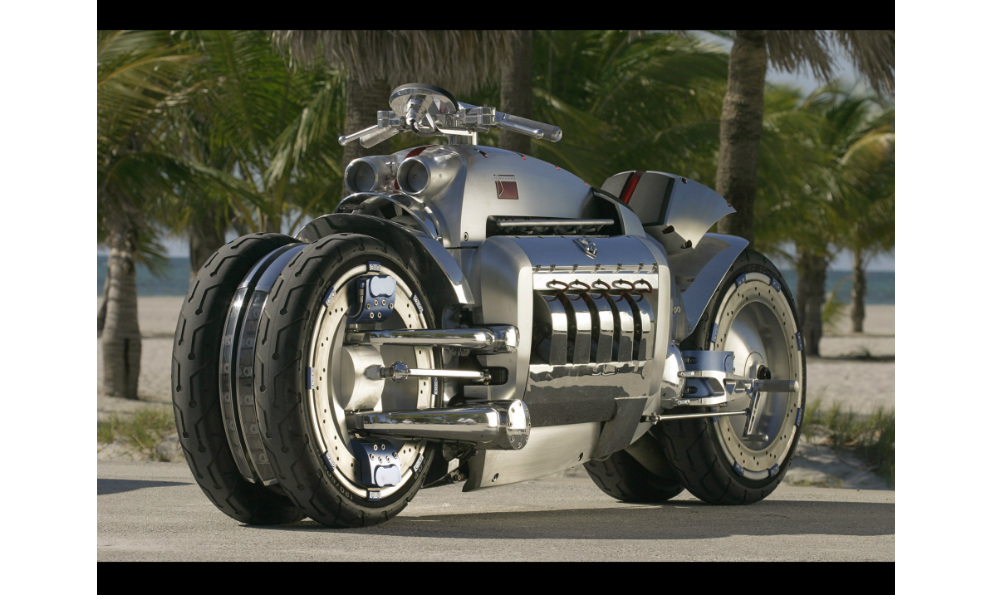 The Urwerk UR-210 AlTiN pairs well with the Dodge Tomahawk. 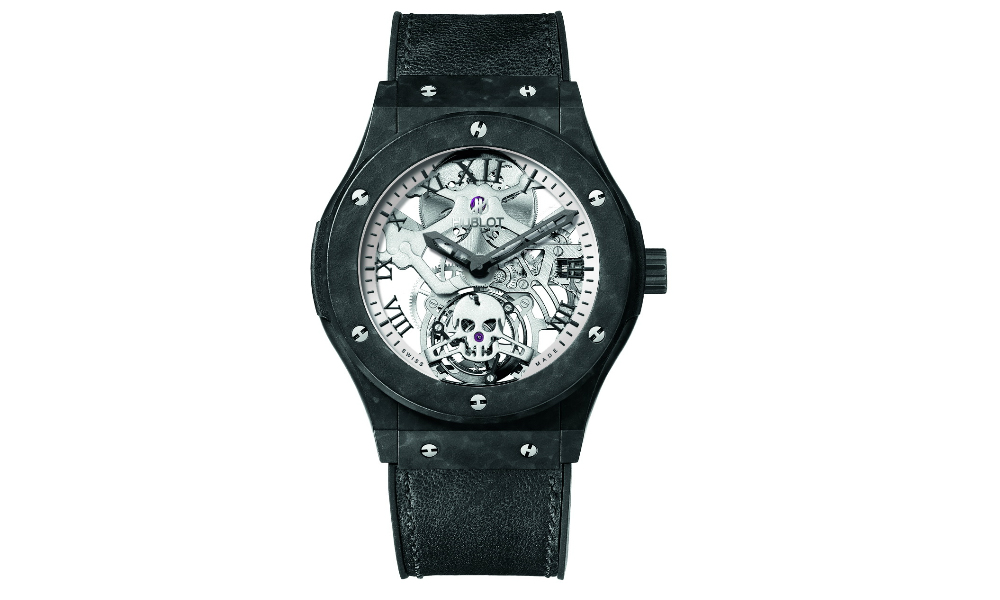 The envy of your horologically inclined hell-rider friends, this tourbillon with a skull-shaped tourbillon bridge and crossbones barrel bridge brings new meaning to the term “skeletonised”. The bridges and plate are first 3-D machined to create reliefs and further enhanced by rhodium plating and micro-blasting to mimic the white appearance of bones. While the movement looks delicate, the case is anything but. Made of ceramic-coated aluminium, it has excellent resistance against corrosion and friction. 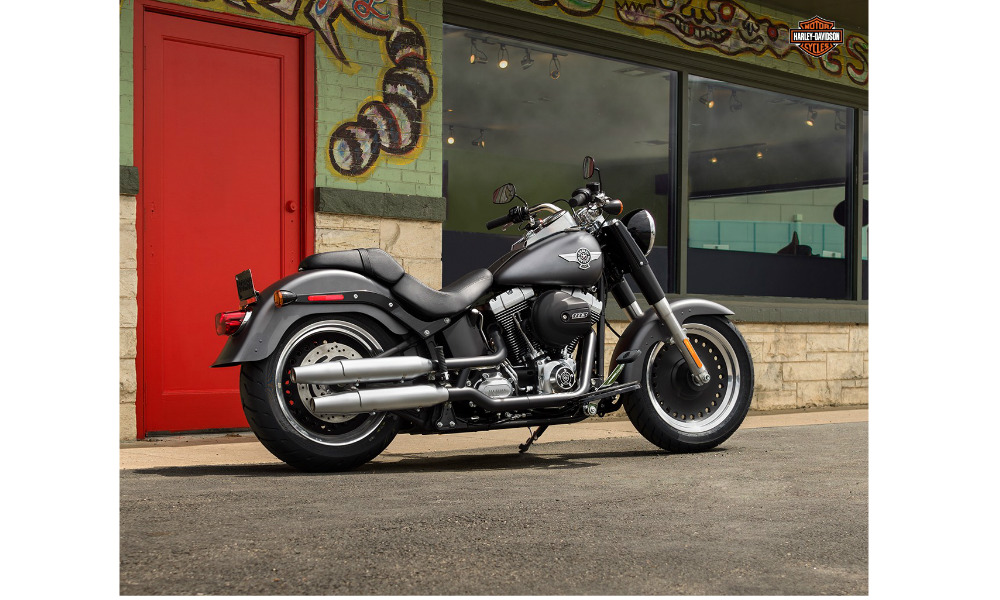 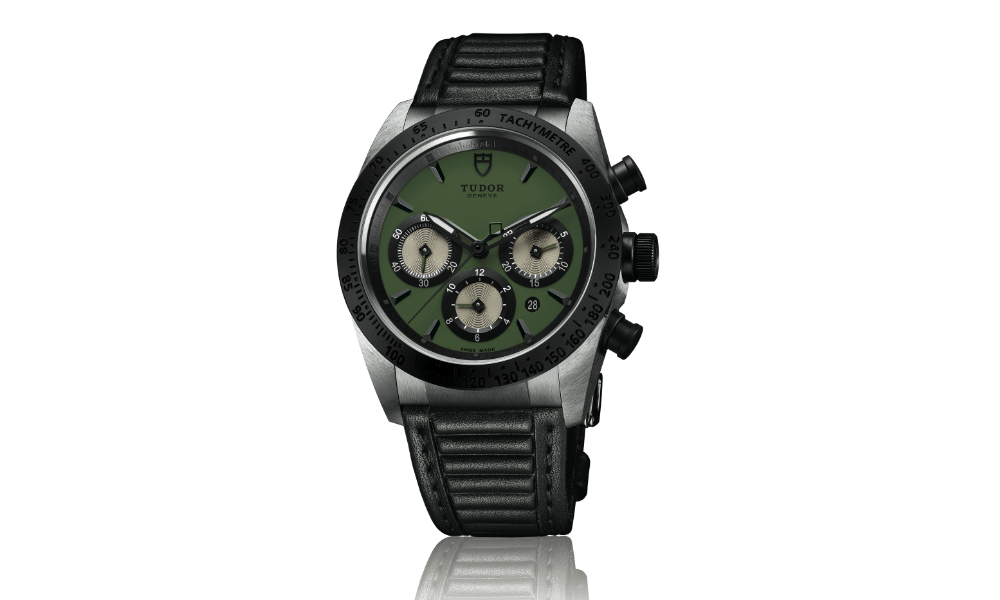 The Tudor Fastrider lends itself naturally to a sporty look with the three sub-dials resembling the instrumentation on a motorcycle.

One of the most successful collaborations in the world of watches is the one between Tudor and Ducati. And it’s easy to see why with this beautiful chronograph, a tribute to the Ducati Scrambler. Such a complication lends itself naturally to a sporty look, with the three sub-dials resembling the instrumentation on a motorcycle. The choice model in this range, in our opinion, is the yellow one that matches Ducati’s traditional colour, coupled with the leather strap that evokes the gadroons on the bike’s saddle. 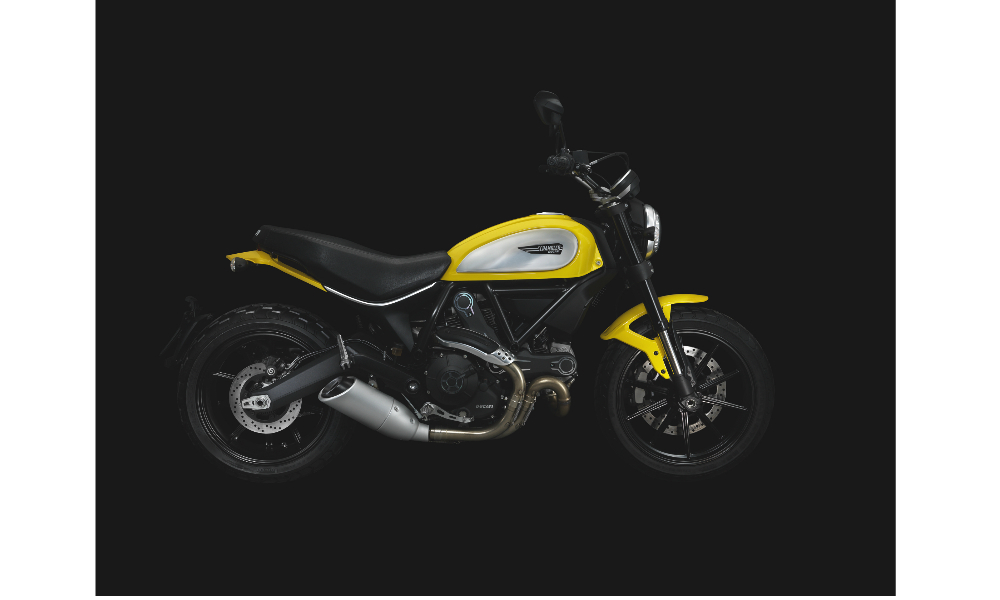 The Tudor Fastrider pairs well with the Ducati Scrambler. 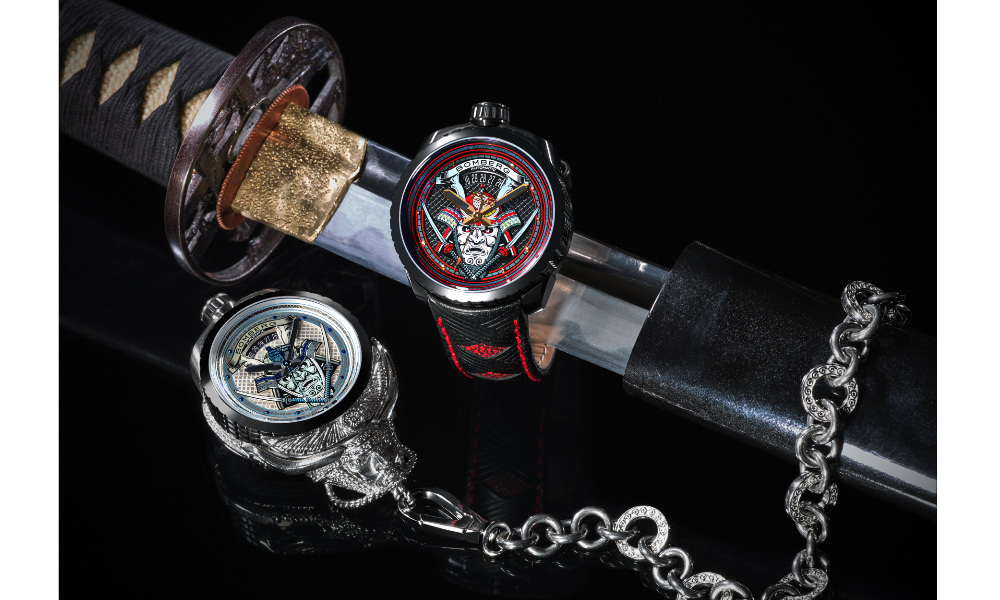 The Bomberg Bolt-68 Samurai features the novel bayonet system that turns the wristwatch into a pocket watch.

This spunky four-year-old Swiss brand wastes no time in zooming in on its niche. Its audacious styling – for which this Japanese warrior-inspired piece is an exemplar – has already found fans in celebrity misfits such as guitarist Slash from Guns N’ Roses and NBA basketball player Chris Andersen. But there’s watchmaking substance beyond the hype, like the novel bayonet system that turns the wristwatch into a pocket watch – albeit one that’s destined for a pair of jeans rather than a waistcoat. 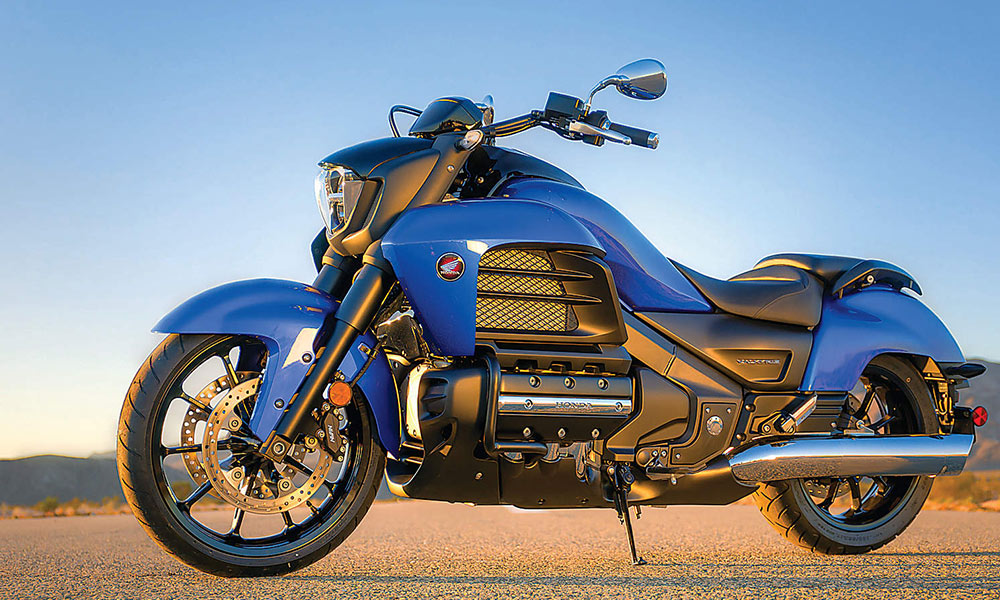 Bomberg is available at The Hour Glass boutiques at Orchard Central and Parkway Parade; and Watches of Switzerland boutiques at Paragon, VivoCity and Tampines.