When people think Zenith, chances are that the El Primero chronograph springs to mind. However, it’s important to note that Zenith is also a brand with a history rich in prizes, medals and other international accolades for their precise watchmaking. I’m not talking about a few, I’m talking about 1 500. 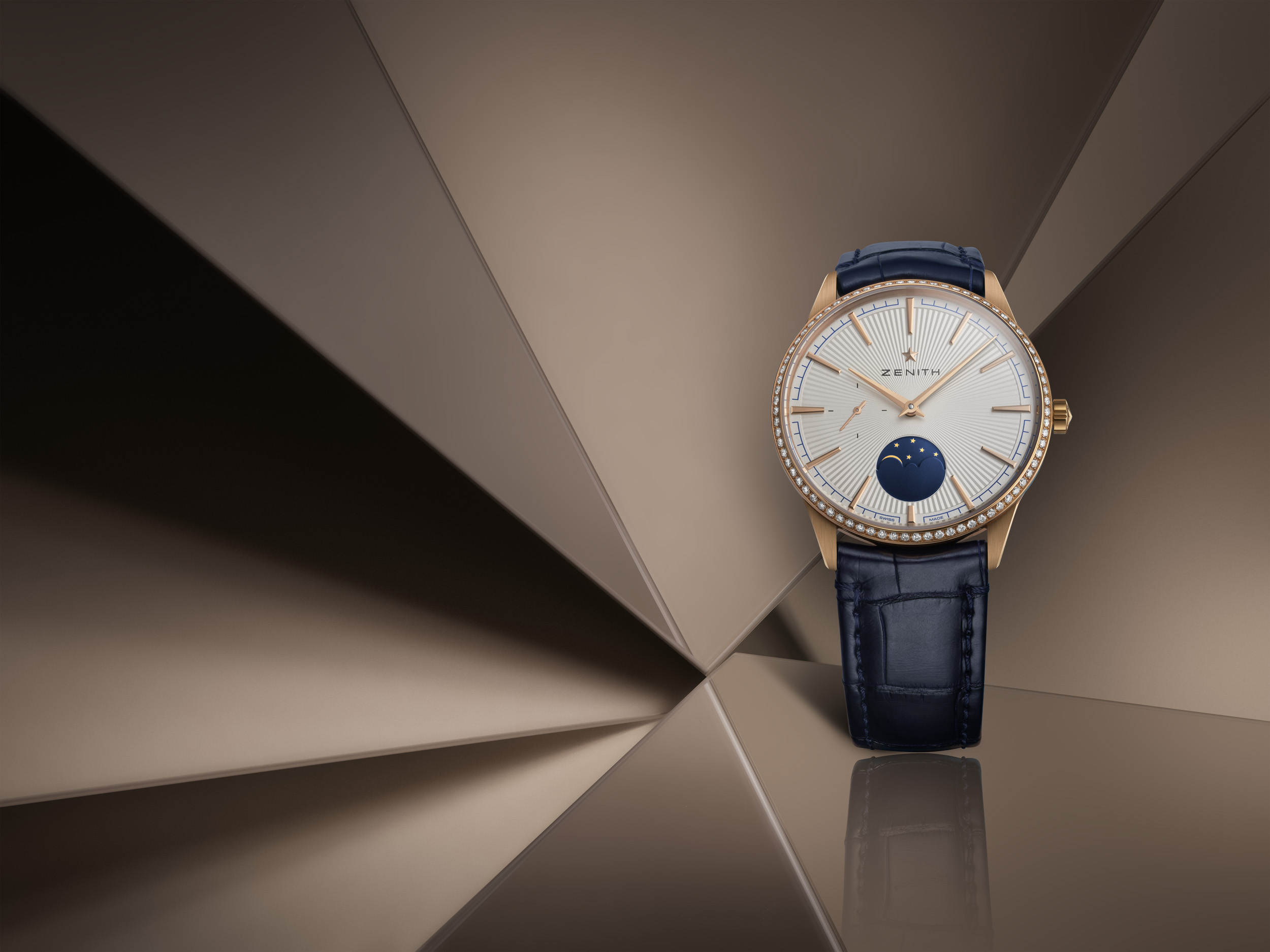 Georges Favre-Jacot, the founder of the brand, was only 22 years old when he decided that he would try his hand at creating chronometric objects in his small town of Le Locle, Switzerland during 1865. But he didn’t start with making high precision chronometers at this stage, his approach to watchmaking was humble in the sense that he just wanted to make affordably priced, and satisfactory accurate pocket watches. Fast forward a few years later, Favre-Jacot then gave his company the name ‘Zenith’. It was cool, catchy, and had a symbolic meaning that paralleled his future achievements. When you research what it actually means in the field of astronomy, it refers to the highest point in the sky. To add on, other definitions state that the word zenith refers to when something is most powerful or successful. I’m going to make an educated guess here, and argue that the brand’s founder took some time thinking about the name he was to bestow upon his chronometers. A fitting name by the way, as even he was shocked at the number of prizes his creations received. 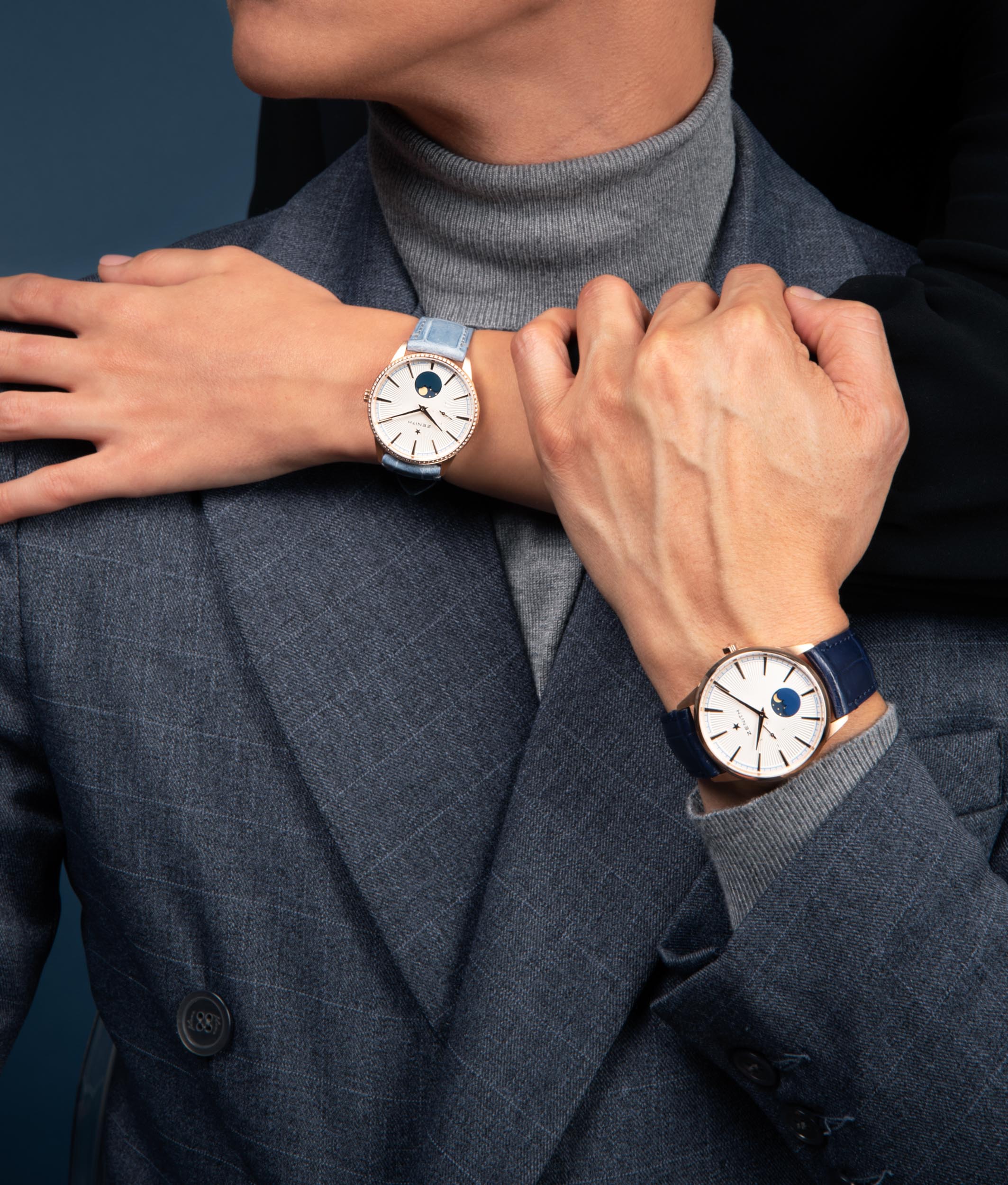 Before I cover the Elite Classic Range, can I just like, argue what a dress watch is? Dress watches need to have a thin profile so they can slip under the cuffs of a dress shirt. If it doesn’t do that, it’s not a dress watch. The only complication required is… none, dress watches should just feature the time (modern watch nerds might argue otherwise) and be worn on leather. Some of you might be thinking, “wait, since when did Zenith make dress watches? I thought they only made chronographs”. Well to answer your question, I want to quickly point out that Zenith did indeed manufacture one of the greatest dress watches during the early half of the 20th century. The caliber 135 was a hand winding wristwatch chronometer that featured a small seconds function that boasted like I don’t know, 235 prizes! By the way, these pieces are highly sought after by collectors. Convinced? 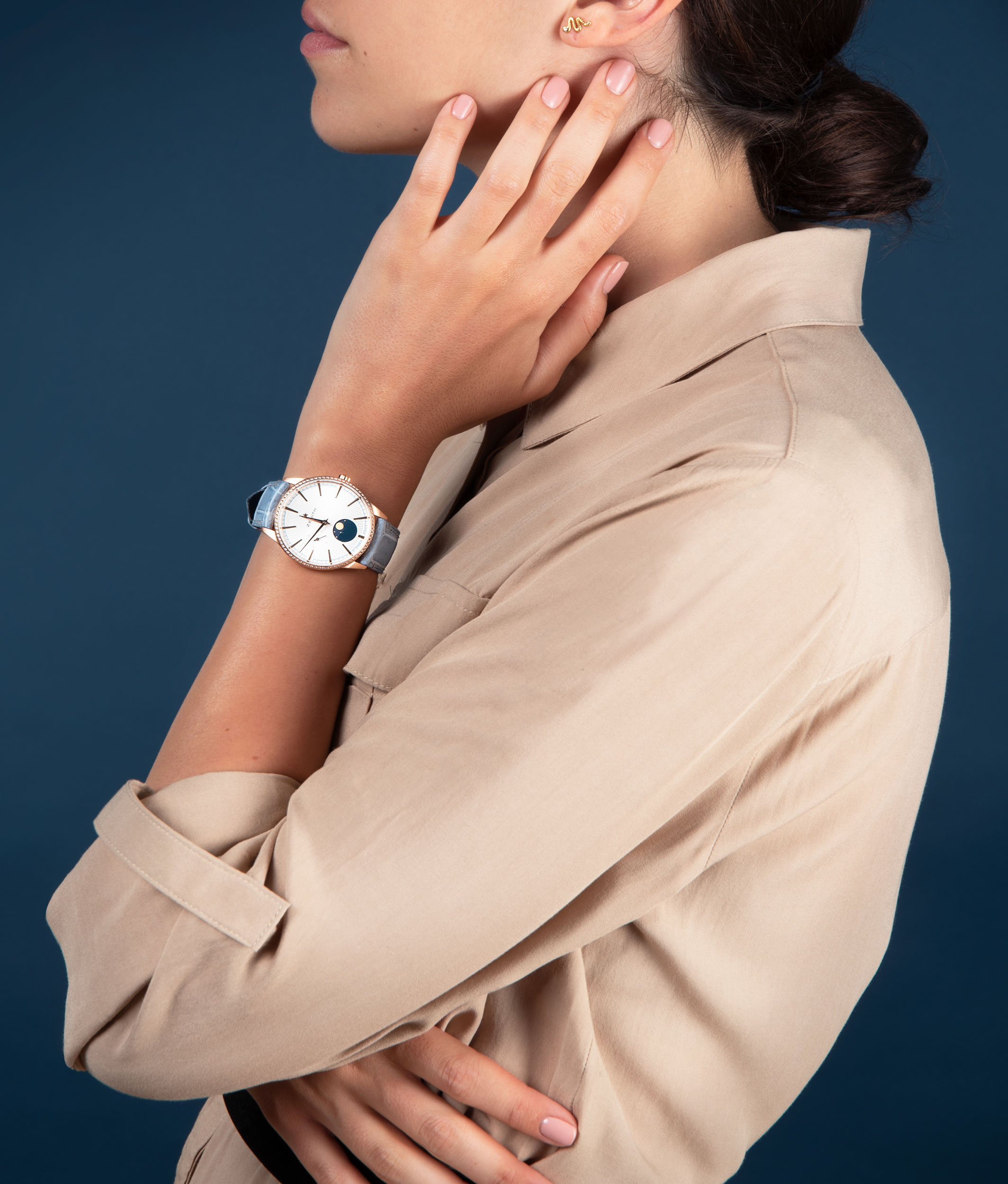 The 2020 Elite Classic range come in four variants. What I love about them is that they’re considered as unisex pieces. Honestly, in today’s contemporary society, most people would just wear a watch because it looks cool, does anyone actually really care about watch sizes? In terms of case specs, you have two models on the larger end at 40.5 mm and two smaller at 36 mm. Both sizes available with elegant moon phases at the 6 o’clock position. On steel, it’s a silver rhodium-plated, and on rose gold, the moon is gold-plated. It’s also important to also note that the 36 mm versions come with 0.60 carats cut diamonds. Nothing wrong with a bit of bling on the wrist. Housed inside is the caliber 670 SK which is also seen in the Defy Classic.

The dials are the real winners here. The steel versions feature a beautiful deep blue that play with the straight sunray lines. To continue with the theme of symmetry and lines, the applied indices are tapered towards the centre of the dial where they meet the tips of the dauphine hour and minute hands. Furthermore, the indices and hands are faceted and beautifully polished. The result, a light catching, sparkling work of art on the wrist. 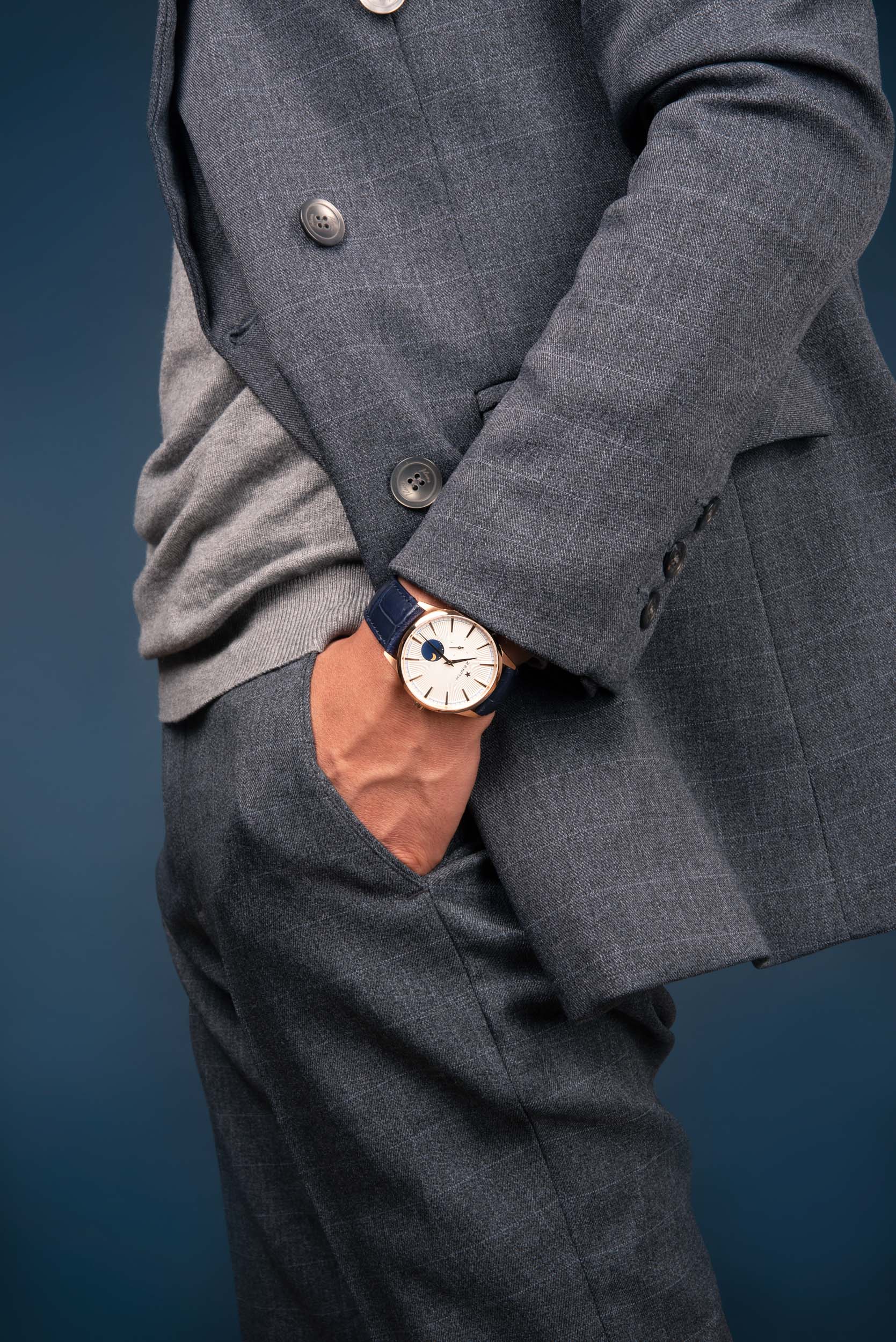