24 July 2019, Singapore– URWERK’s gratitude to The Hour Glass takes the form of an original watchmaking creation, unveiled today. The watchmaker’s tribute to its Singapore partner for 15 years is a series of three self-winding watches made in bronze. “Bronze also marks the passage of time,” URWERK’s co-founder, Martin Frei, points out. “Every hour leaves its mark, creating a living patina.” 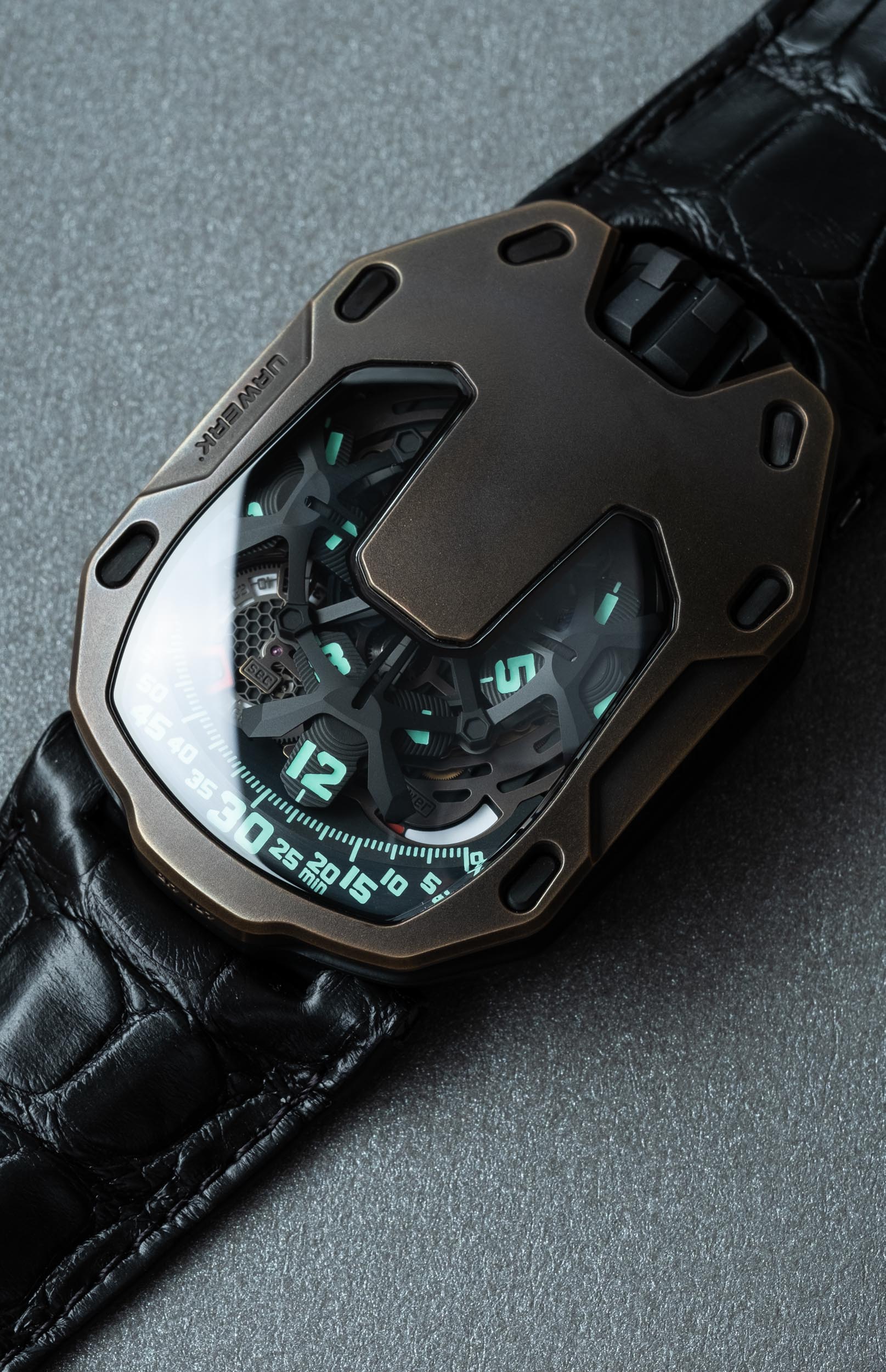 “Congratulations to The Hour Glass for its 40thanniversary! For four decades you have unfailingly supported fine watchmaking with enthusiasm and expertise, highlighting our mechanical skills, while enlightening an ever growing public. Year after year you have promoted the efforts of watchmakers with exhibitions, dinners and other events for collectors. Whether independent watchmakers or major brands, you have stood by your partners and supported them loyally. And for that we owe you our heartfelt thanks,” says Felix Baumgartner and Martin Frei, founders of URWERK. 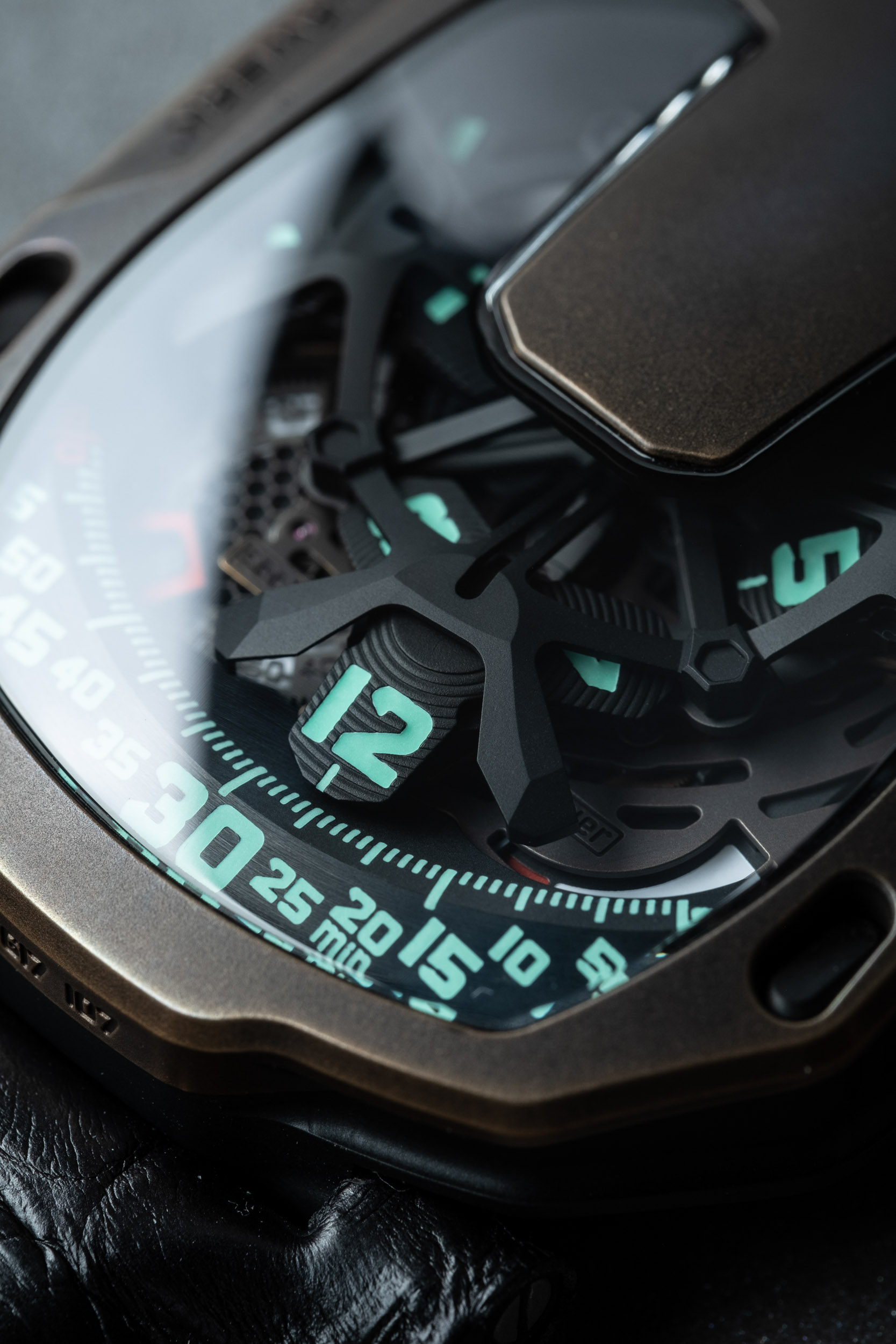 This unique trio of watches features URWERK’s emblematic wandering hours indication in a new case that takes up some of the design features of URWERK’s models during its association with The Hour Glass: the shape of the sapphire glass recalls that of the UR-103 series that started the partnership 15 years ago. The imposing crown comes from the UR-200 collection, while the acid green of the SuperLuminova has been borrowed from the UR-105. What can be more appropriate to celebrate a successful partnership than a reminder of the best sellers that made it possible? On the technical side, this series of the UR-105 model features wandering hours as satellites on an open-worked carousel. Each of the four arms of the carousel carries a satellite of three-hour numerals. The hours pass in turn along a scale of minutes, giving a digital and analogue indication of the time. A power-reserve indicator and digital seconds make up the rest of the information on the dial. The digital seconds are remarkable in that they indicate tens of seconds. The mechanism was made using a photolithographic process, with each marker open-worked to make it as light as possible. It thus weighs less than a tenth of a gram. On the back of the watch, two pneumatic turbines govern the self-winding rate, which can be set with a lever. In the FULL position, the slightest movement of the wrist is harnessed to rewind the barrel springs. Turn the lever to STOP to disengage the self-winding system and wind up the UR-105 using the crown. If you are particularly active, select the intermediate position, RED (for reduced). This engages the turbines to dampen the winding rotor and avoid overstressing the mainspring. 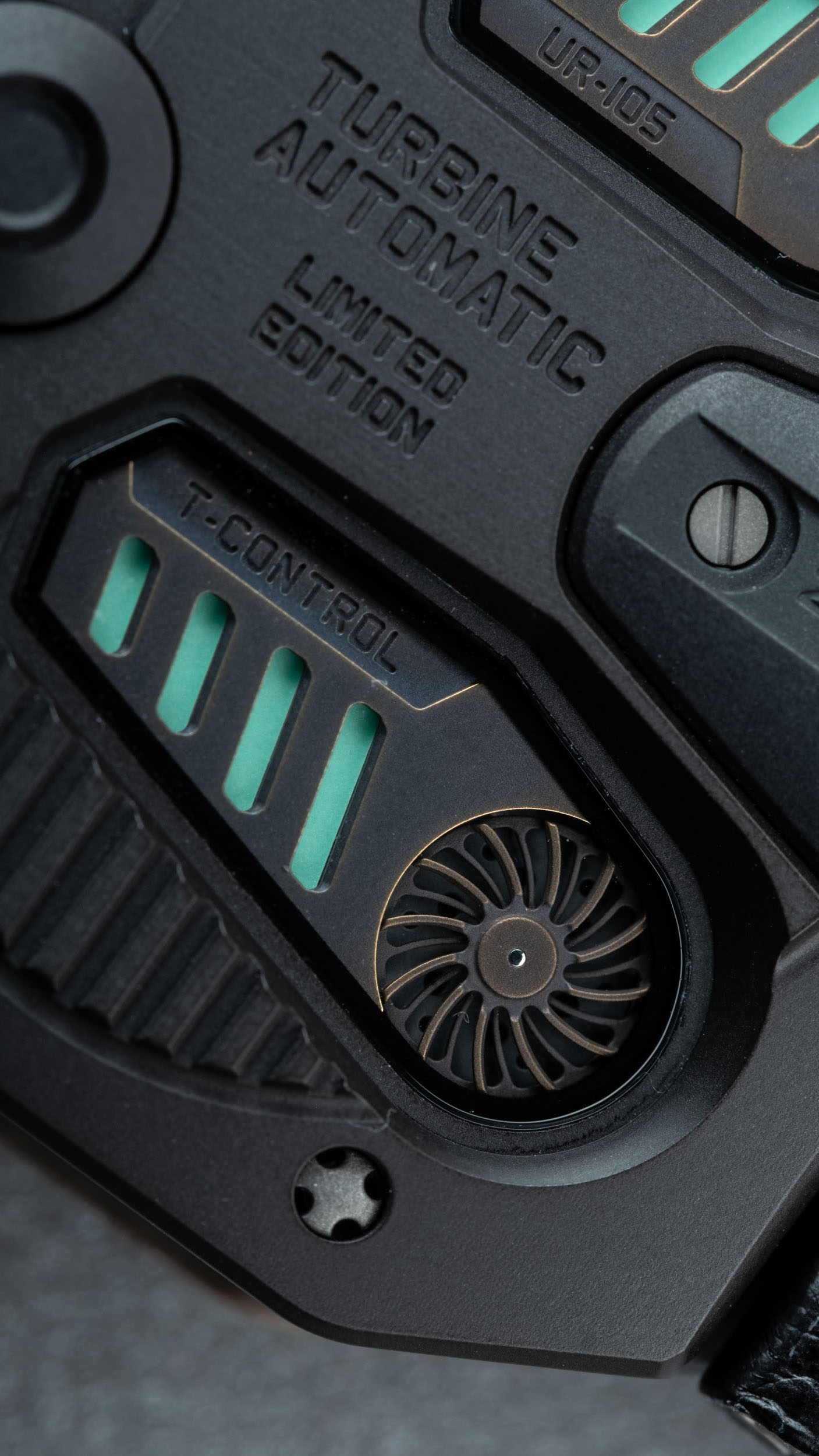 Tags: then now beyond urwerk