Sarpaneva Watches celebrates Moomins, the central characters in a series of books and a comic strip by Swedish-Finn illustrator and writer Tove Jansson. “ Moominmamma was sitting on the front steps in the sun, rigging a model bark schooner. ‘One big sail on the mainmast, and one on the mizzen, and several small three-cornered ones to the bowsprit, if I remember rightly,’ she thought. The rudder was a ticklish job, and the hold an odder one. Moominmamma had cut a tiny bark hatch, and when she laid it on it fitted snugly and neatly over the hold. ‘Just in case of a hurricane,’ she said to herself with a happy sigh. – – –

Moomintroll was lying in his customary place (or one of his places) curled up on the green-and-yellow moss with his tail carefully tucked in under him. He looked gravely and contentedly down into the water while he listened to the rustle of wings and the drowsy buzz of bees around him. It’s for me, he thought. I’m sure it’s for me. She always makes the first bark boat of the summer for the one she likes most.” – Moominsummer Madness by Tove Jansson 1955

A limited edition of 25 pieces per colour, this Sarpaneva x Moomin collaboration retails for SGD 20,000 including taxes. The watch is delivered in a treasure roll made by Finlayson™. 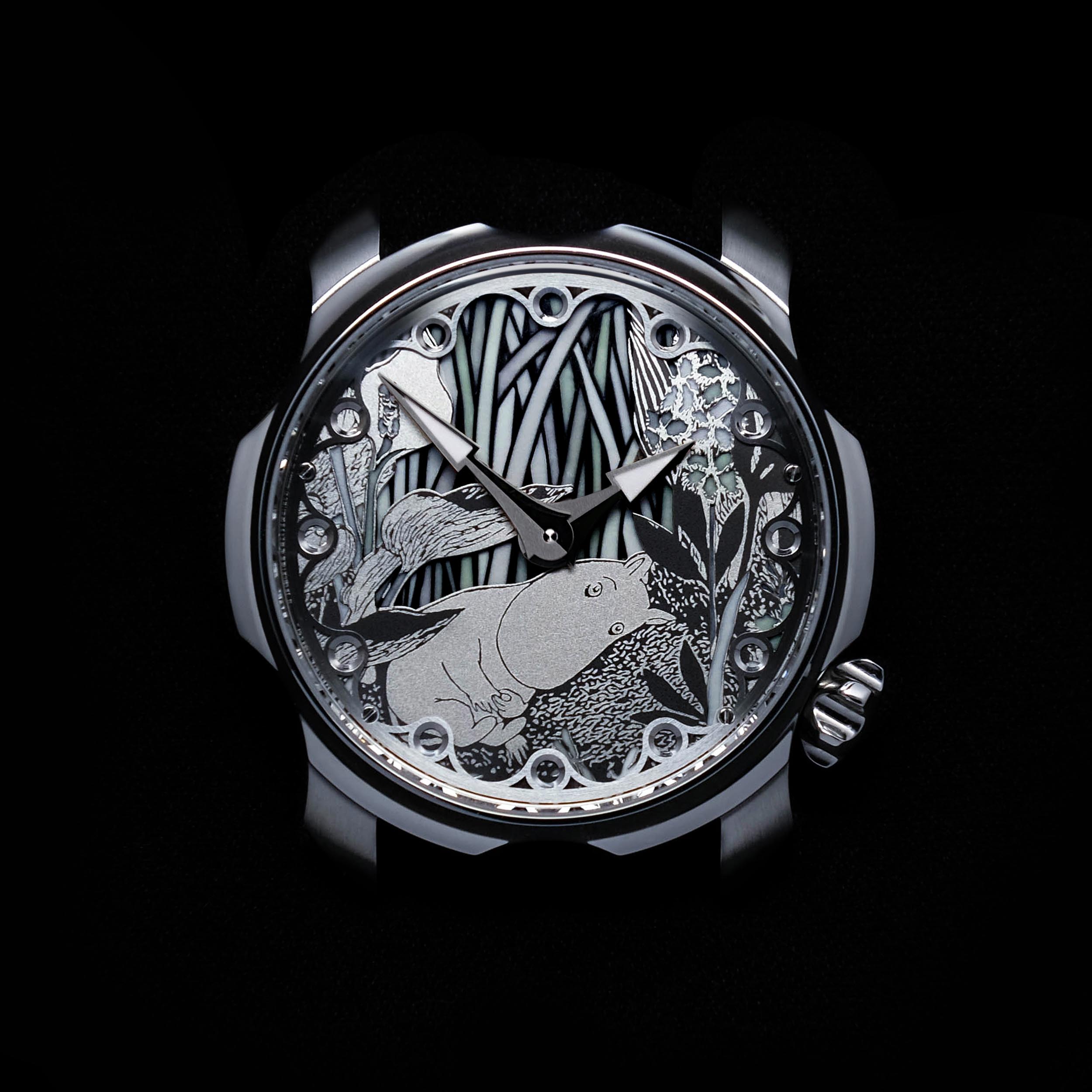 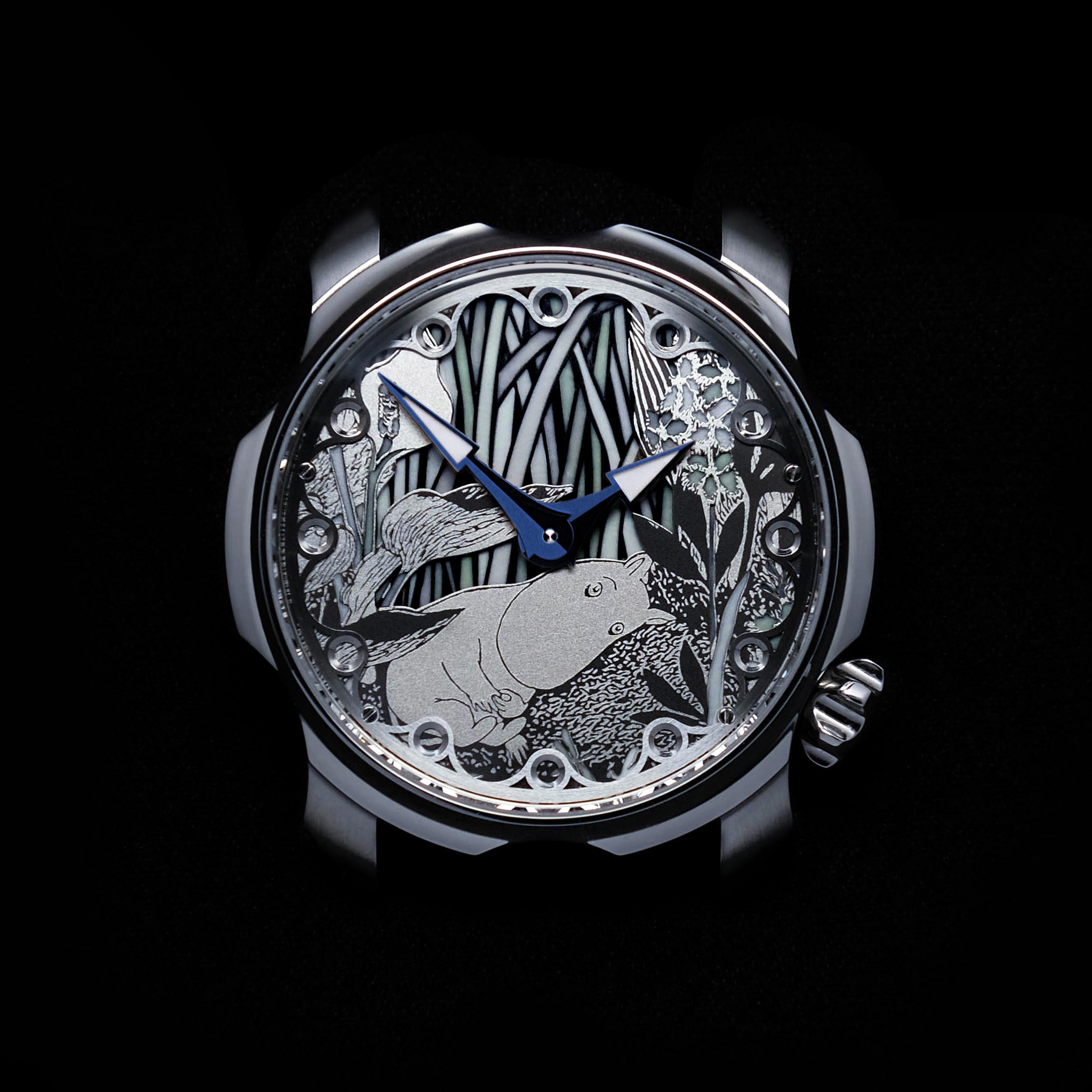