The gleam of the chassis. Its sleek, sensual lines that make you want to run your fingers across its metallic surface. The purr of the engine as you coax it out of its torpor. We could be describing cars, or we could just as well be waxing lyrical about watches – the chassis being the watchcase, the engine being the movement. That much do cars and watches have in common, besides being hyper-masculine, highly desirable objects and status symbols, of course.

Both watch and car manufacturers know this very well, and routinely team up with one another to exploit the crossover appeal. Some are straightforward collaborations that toast both companies’ spirit and values; others celebrate particular milestones or iconic models. Then there are those that go beyond just a single marque, sponsoring entire motor racing events. Regardless of the scope, the resulting watches are always a draw for enthusiasts in both camps. Here are five of the latest and greatest.

Breitling for Bentley B05 Unitime Midnight Carbon
One of the industry’s most successful crossovers is the collaboration between Breitling – which has entrenched itself in the world of aviation – and Bentley, the luxury motoring marque favoured by tycoons and titans. Now into their 14th year of partnership, the watches typically feature Bentley’s distinctive diamond grille pattern on the bezel, and occasionally the wheel rim as a design motif on the case back. These complement Breitling’s technical, instrument-like aesthetic very well. On the new B05 Unitime Midnight Carbon, those features are enhanced by the all-black guise of the ADLC-coated steel case and black dial. The in-house, COSC-certified B05 calibre provides chronograph and worldtime functions. 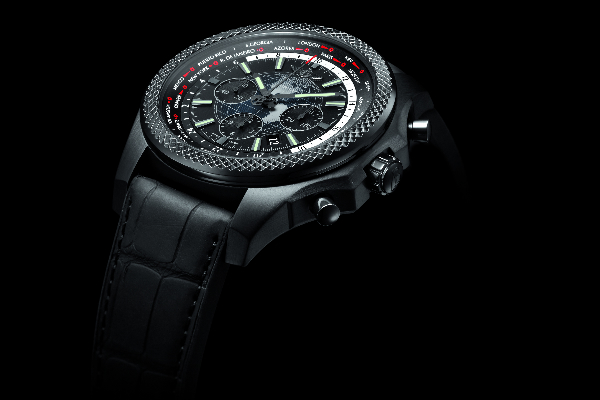 Hublot Big Bang Ferrari Titanium Carbon
The four-year collaboration between Hublot and Ferrari has spawned numerous wrist machines that match the high-octane universe that Ferrari inhabits. Hublot routinely endows these beasts with carbon fibre bezels or dials, as well as signature Ferrari red accents that appear on chronograph hands, flanges or the topstitching of leather straps. This 1,000-piece limited edition comes in a titanium chassis and boasts a striking bezel forged from carbon fibre and titanium. The skeleton dial – another recurrent feature of the Hublot-Ferrari marriage – showcases the in-house HUB1241, a column-wheel chronograph with flyback function. On the grey leather/black rubber strap, the red topstitch positively pops. 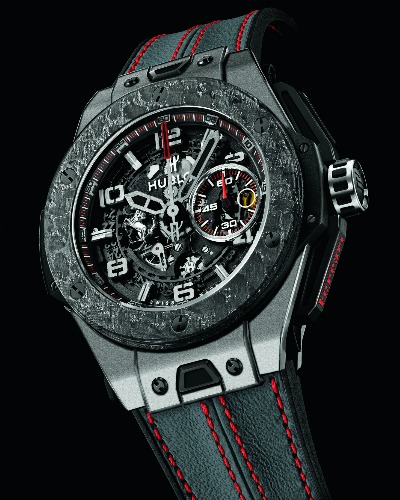 Hublot MP-05 LaFerrari Sapphire
The same year that Ferrari launched LaFerrari limited edition hybrid, was also the year that the first MP-05 made its debut. The watch – or should we say superwatch, since LaFerrari is a supercar – was designed in conjunction with the Ferrari team to resemble the engine bay of its auto namesake. While the original came in a black PVD titanium case, this year’s version is presented in a fully transparent sapphire chassis like a prized artwork in a glass showcase. Making it all the better to admire the incredible in-house engine with its 11 barrels coupled in series, which gives a whopping 50-day power reserve, the longest of any watch on the market. 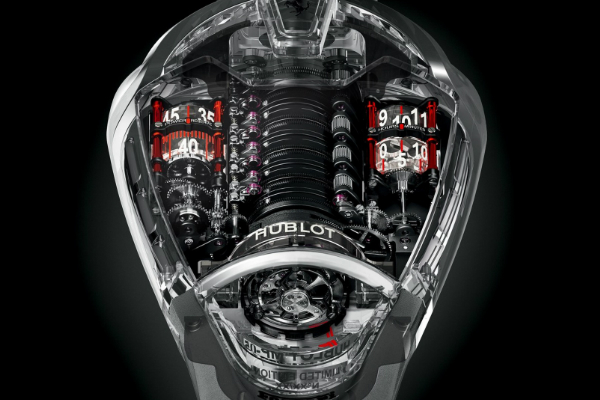 IWC Ingenieur Chronograph Edition “W125” (Ref. IW380701)
IWC is big among tech heads, so it wasn’t much of a surprise when the manufacture inked a deal with Mercedes AMG Petronas – the F1 team of Mercedes’ performance tuning division – in 2012. The union has resulted in a series of sporty, technical pieces that resonate with both watch enthusiasts and F1 fans, like the new Ingenieur Chronograph Edition “W125”. It’s styled to pay tribute to a legendary vintage Mercedes-Benz roadster, the Silver Arrow W125, which won the European Championship – the precursor to today’s F1 – in 1937. Limited to 750 pieces, the watch boasts a polished titanium case, silver-plated dial and totalisers that mimic the look of gauges found on the dashboard of a W125. 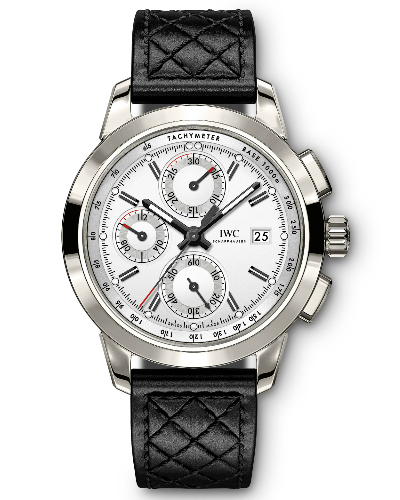 Chopard Mille Miglia 2016 XL Race Edition
Chopard was among the first luxury watch companies to establish ties with the motor racing world, thanks to Co-President Karl-Friedrich Scheufele’s passion for motorsports. The romance began in 1988 when Chopard started sponsoring the legendary Mille Miglia race in Italy. A series of sporty, accessible timepieces followed soon after, including 2015’s Mille Miglia GTS collection, which featured in-house calibres for the first time. The 1,000-piece Mille Miglia 2016 XL Race Edition is also fitted with a proprietary engine, Calibre 03.05-C, a column-wheel chronograph movement with COSC-certification. Styling-wise, the steel watch has a vintage feel, with dashboard instrument-like counters and a lovely aged calfskin strap. 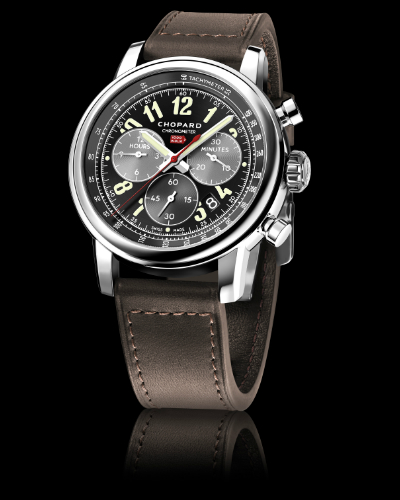