It was with a tropical backdrop that the second annual Watches & Wonders Miami 2019 got underway, held in the Design District of the famed sun soaked city. Run by the FHH (Fondation de la Haute Horlogerie), this year W&W occurred simultaneously with the annual supercar and yacht show, giving the attendees a feast of high-end design. 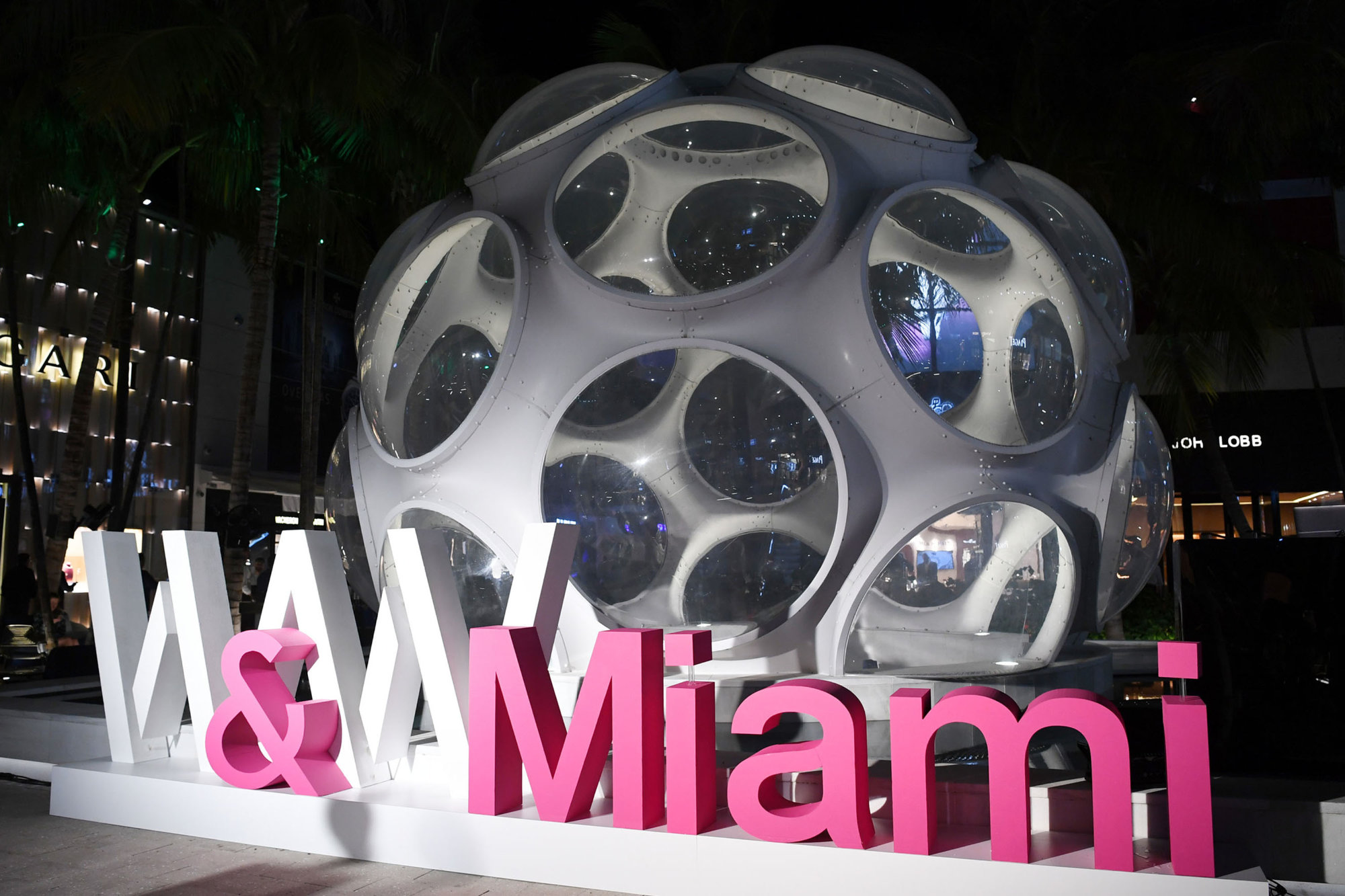 While some brands use W&W to show the releases from the recent SIHH show in Geneva, other brands use the event to launch totally new watches, a fantastic opportunity for both collectors and simply those with an interest, to view the hottest new watches on the planet. One manufacturer who released watches this year at W&W was Girard-Perregaux, debuting their brand new Quasar piece, named after the astronomic phenomenon. In astrophysical terms, a quasar is one of the brightest points in the universe, while also being one of the darkest. Quasars are black holes, which as they pull in planets and solar systems with their massive gravity, emit some of the brightest light in the known universe due to the friction caused by the collapsing mass.

While this may sound like an unusual motif from which to design a watch, it is coherent with Girard-Perregaux’s theme of 2019 – “Earth to Sky” where they are exploring the (extra)terrestrial. 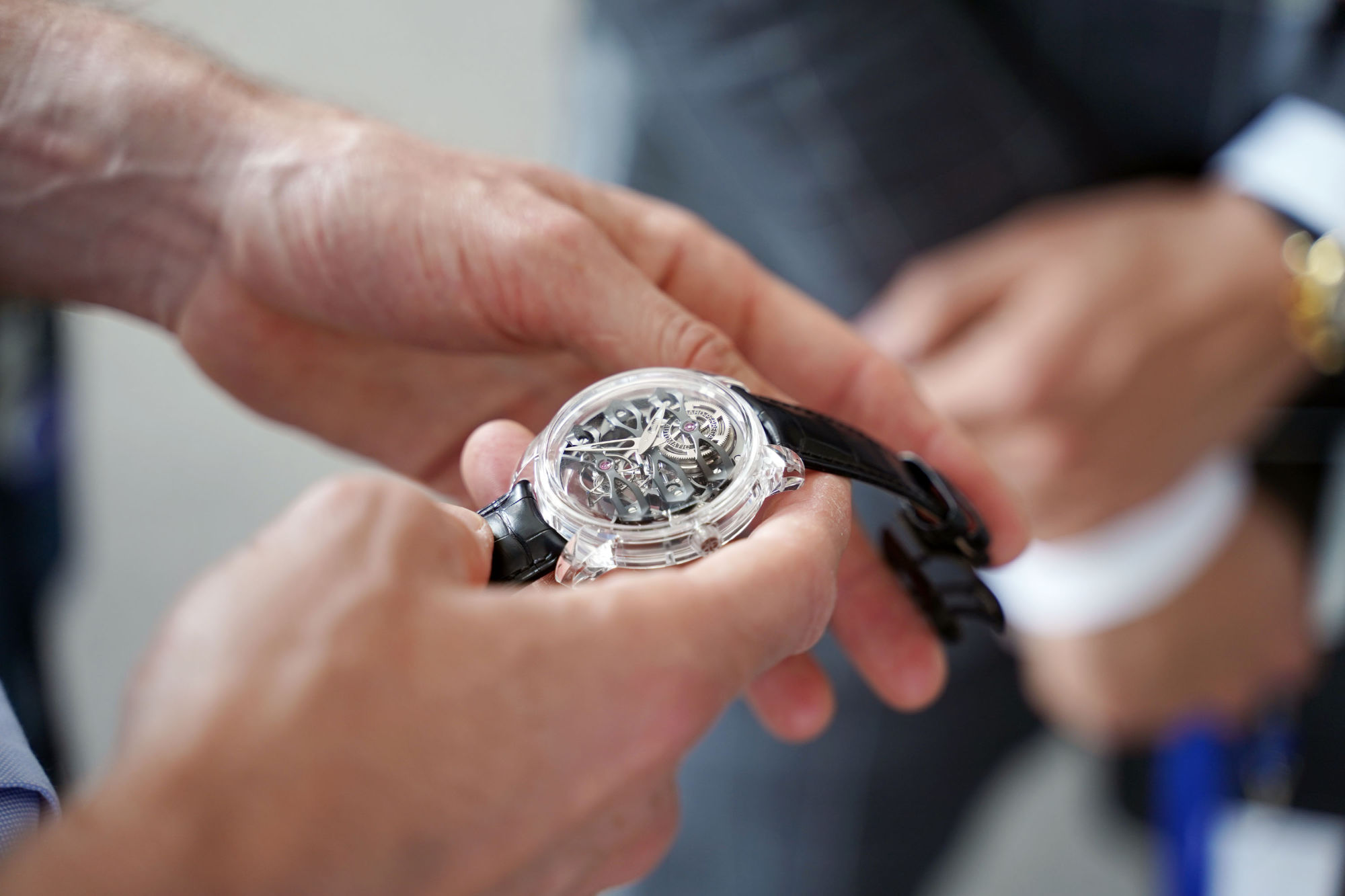 The cosmic motion of a quasar event can be seen to play out in this new release, as the articulate mass of gears and black bridges (supporting a tourbillon at 6 o’clock) are brought into clear focus through the lens like view that the full sapphire crystal case provides. This allows huge amounts of light into parts of the movement usually hidden in darkness, while also exhibiting an obvious point of contrast to such visual clarity – a movement constructed in sandblasted titanium that has been finished in a black PVD treatment.

This play on concepts of lightness and darkness (both physically and visually) is executed well within the 45mm case size, featuring curved lugs that comfortably follow the contour of the wrist. The generous curves of the lugs and outer case seem almost impossibly shaped when you consider the material is one only slightly less hard than diamond. 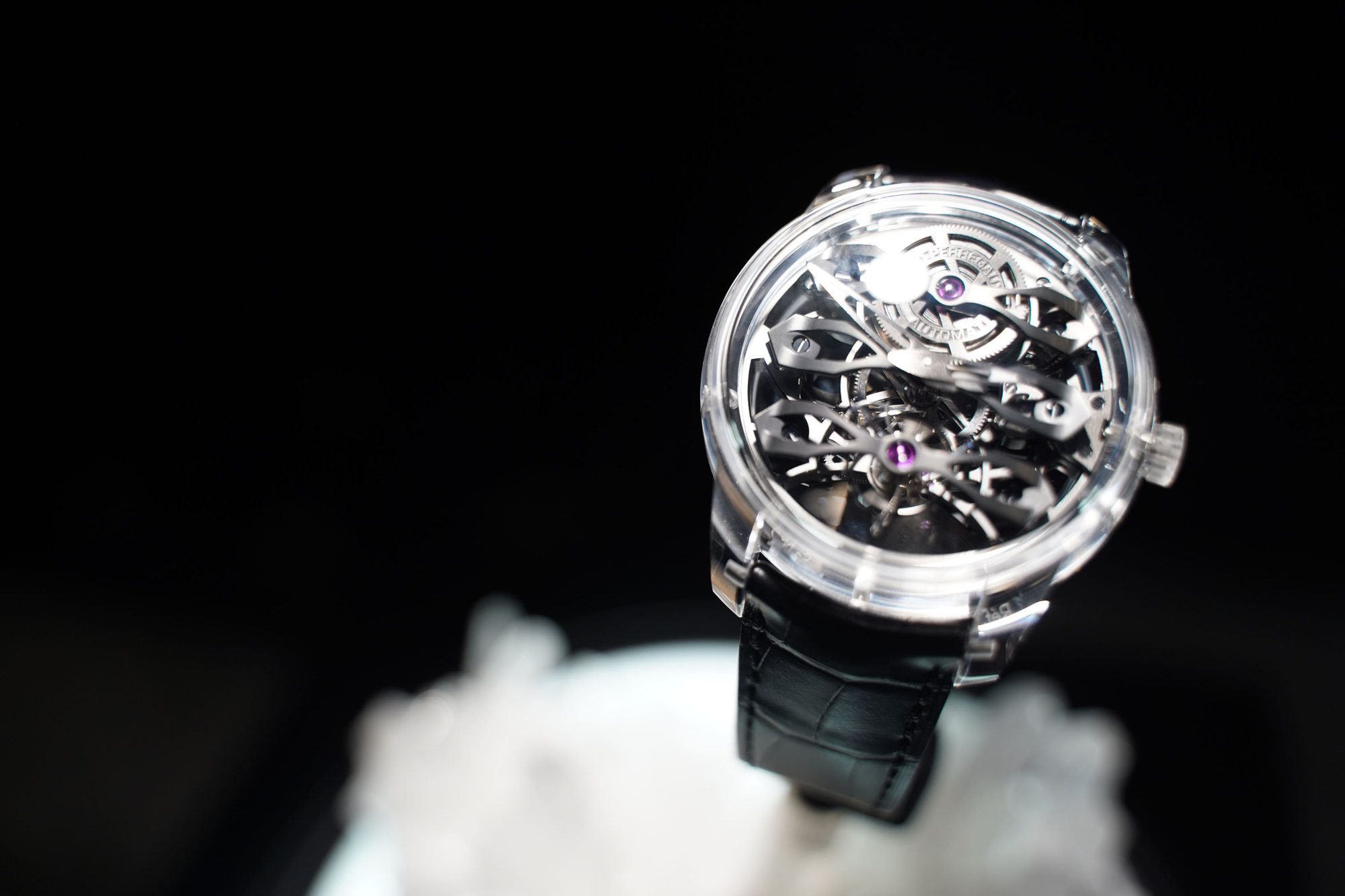 Constructed entirely of sapphire crystal, the case is incredibly labor intensive to manufacture, requiring a disc of the crystal to be produced by heating different elements to over 2,700 degrees Celsius. This disk is then machined and polished to correct specifications over 200 hours – a process with a very high failure rate as the crystal often shatters while being worked on.  Should the crystal crack or shatter during this process, the case must be discarded and the technician must restart the process from the beginning.

While sapphire crystal cases are not unheard of in watch-making (a material we looked at here), they are certainly rare; not only through inhibitive price, but the very low number ever produced due the manufacturing challenges. While the case employs contemporary state-of-the-art techniques, the movement is based on one with over two centuries of history behind it. Constant Girard, founder of Girard-Perregaux, invented a tourbillon configuration under three bridges in 1884 that has served as inspiration for the Caliber GP9400-1035 displayed in the Quasar. The original Three Golden Bridges movement was cased in a pocket watch and named “La Esmerelda”, but was a movement so accurate it is said to have been banned from chronometric competitions in the early 1900s for winning too frequently. While the movement was out of production for much of the 20thcentury, in the late 1800s a pocket watch with a three bridges tourbillon movement was one of the pinnacles of haute horology. Relaunched in 2014 with Girard-Perregaux’s Neo Tourbillon, this historic movement is now displayed in unflinching clarity through the almost telescopic sapphire case of the Quasar.

The movement also features a unique micro-rotor configuration, which places the micro-rotor behind the mainspring barrel (which boasts a 60 hour power reserve) to shield it from view. From the rear of the watch, you could be forgiven for mistaking it as a hand-wound timepiece. Presented on a traditional black alligator leather strap, the visual effect of juxtaposing such a contrasting case and movement is such that they appear to be both together and independent simultaneously. The movement almost looks like it is floating on your wrist. As Girard-Perregaux look to both the earth and sky for inspiration for this year, it is fantastic to see them continuing to blend such cutting-edge manufacturing techniques, while drawing on their rich heritage as one of the oldest watchmakers in the world.