When the news came in on the creation of the Gérald Genta Heritage Association we decided to pay a visit to our archives and bring forth a collection of never before seen photographs of Gérald Genta. Taken over the span of two decades across a series of events and get-togethers with the late designer in Singapore and Malaysia.

In line with the goal of the Association – that is to safeguard his legacy and to promote the next generation of watchmakers and watch enthusiasts – we’ve taken up this opportunity to include a brief writeup (there’s a lot to write about Genta) on his main contributions to their watch industry and his philosophy. In the hope that a deeper understanding of his work and background will inspire and motivate others. 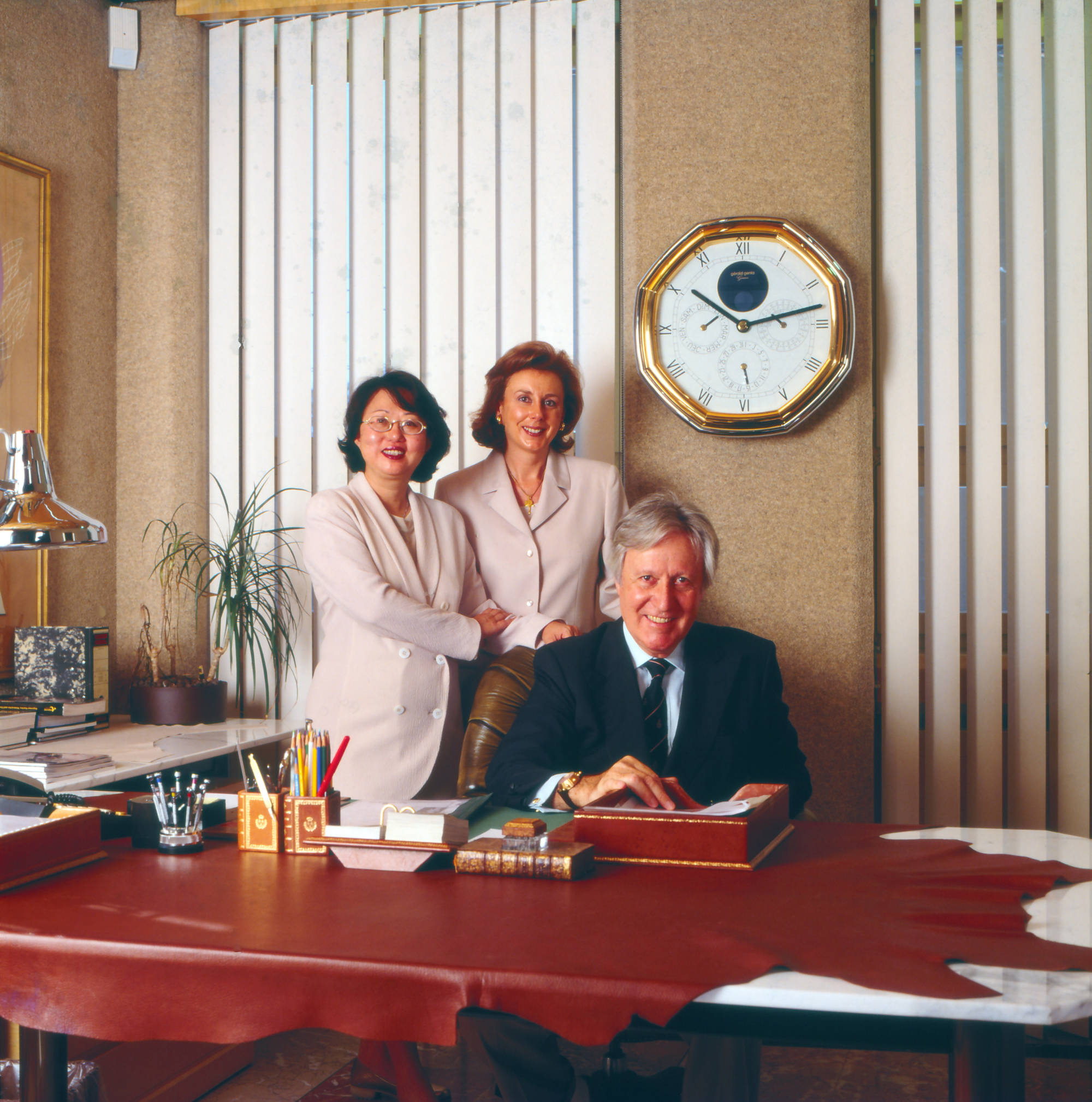 As one of the most influential and accomplished designers of the modern era, you can trace the origins of most cult watches back to Gérald Genta’s initial sketches. From models closely tied to his legacy, like the Royal Oak and Nautilus, to more overlooked creations like the Pasha de Cartier and IWC’s Ingenieur, by his own estimates, Genta created 100,000 watch designs.  Yet, Genta’s impact on the watch industry spans far beyond the timepieces he left behind. Throughout his impressive career, he did more than just design some of the most instantly recognisable and magnificent timepieces ever created. Genta helped frame watches in the mind of the public as something more than a functional instrument.

The Origins of a Master

Early in his life, Genta was interested in jewellery design, starting an apprenticeship at the young age of fifteen. By the time he completed his training four years later in 1950, the Swiss economy had fallen into a recession. Forcing the aspiring jewellery designer to take odd jobs for a number of years. It wasn’t until he was twenty-three that he was able to revisit his passion.

At around the age twenty-three, despite being in a position to finally revisit his passion, the Swiss jewellery sector was still in the early stages of development. Most opportunities Genta found focused on watch design. Had Genta solely pursued his initial passion the watch industry today would look very different. We’d be short of quite a number of cult classics.

It wasn’t long before Genta started designing watches for clients all over the world, Benrus and Hamilton being two of his first. During this time, he was getting paid fifteen Swiss Francs per design, so just to make a decent living he had to generate an immense number of designs. This pressure to design under pressure served him well throughout his later career, with perhaps his most iconic creation (the Royal Oak) being designed overnight. Within a span of two decades, he had designed countless watches for brands like Universal Genève, Patek Philippe, and Audemars Piguet. His early years as a designer were defined by his deep relationship with Omega, having contributed to the designs for both the Constellation and the Seamaster. 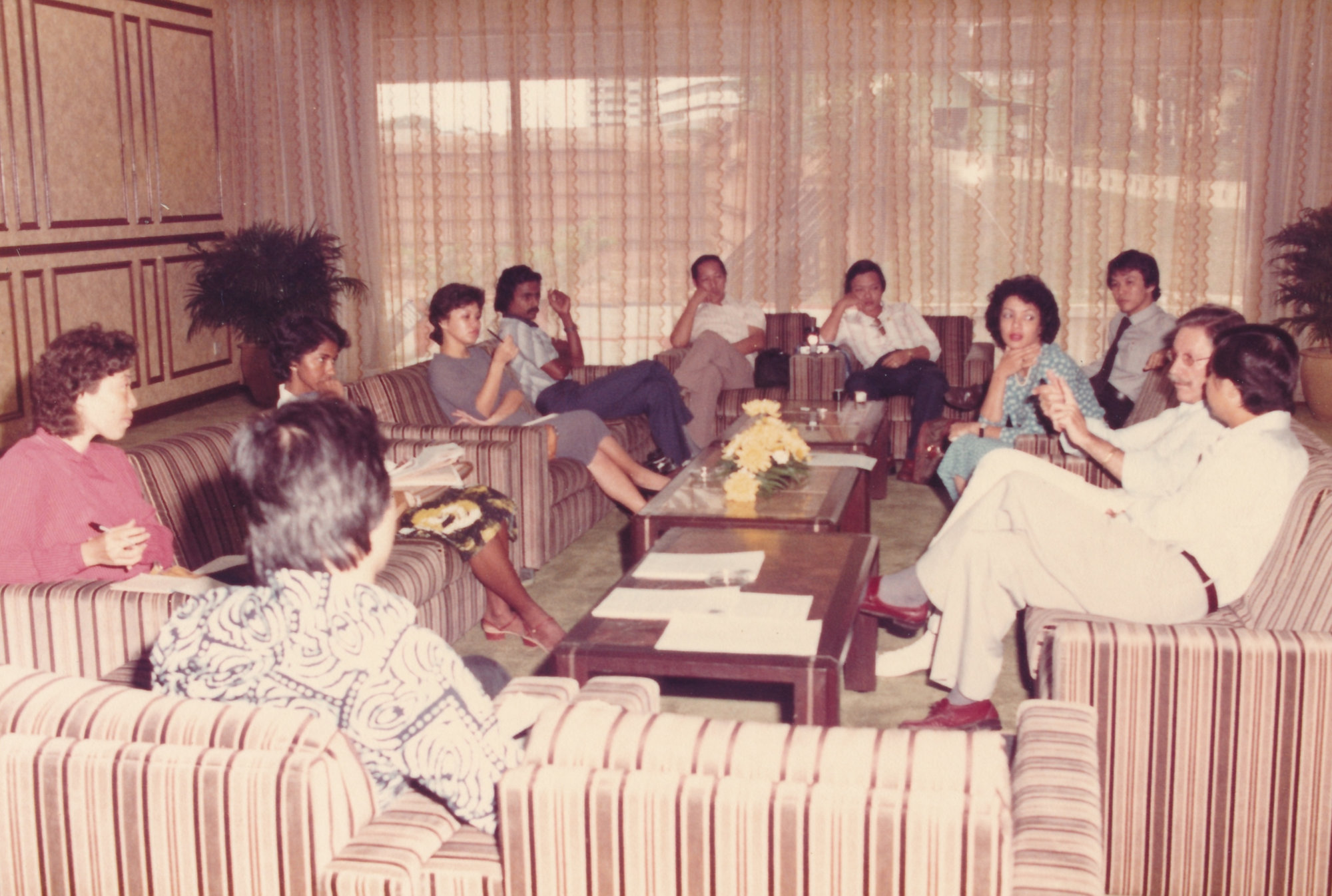 Genta in his Prime

By the late sixties, the watch market was changing. Genta too embarked on several ambitious projects, one of which was the founding of his company in 1969. No longer just a designer, the birth of the Gérald Genta company allowed him to design his own watches from the ground up.

While Genta was simultaneously working on his namesake firm he was designing and working on one of his most memorable and celebrated timepieces: the Royal Oak. Despite having had worked with Audemars Piguet since 1953 (almost twenty years), it is the Royal Oak that he is best remembered for.

The story of the Royal Oak is arguably one of the most beloved amongst the watch community. At 4 pm in the afternoon, Georges Golay (the managing editor of Audemars Piguet) called up Genta saying “Mr Genta, I need a steel sports watch that has never been done before, I want it to be something totally new and waterproof”. He also needed the new design by the following morning.

Drawing inspiration from a diver’s helmet, Genta replicated it onto a watch case. The result had eight screws exposed on the case’s exterior. Having his design greenlit instantly, the Royal Oak went on to become one of the most iconic designs in all of watchmaking. His design also changed our preconceived ideas about the relationship between the functional and aesthetic elements of a watch. Turning technical components (such as screws) into something of visual interest was totally new at the time. Before that, functional components/elements such as screws were kept hidden from the naked eye. It took a year to develop the prototype and another year to be ready for production, making its debut in 1972.

Almost as notorious as the story of the Royal Oak is that of the Nautilus. In fact, the two are closely intertwined – perhaps the spark of creative juices generated by the Royal Oak flowed directly into Genta’s next design. While dining in the hotel restaurant during Basel Trade Fair, Genta noticed the team from Patek Philippe across the room. Inspiration struck. He immediately called over the waiter and asked for a piece of paper and a pencil. As he continued to observe the team eating, he completed a sketch in 5 minutes.

Genta had to wait patiently before the public could learn he designed the Royal Oak for Audemars Piguet and Nautilus for Patek Philippe. Still, for the remainder of the 1970s and into the 80s and 90s, Genta continued to establish himself as a pillar in the industry for his designs as well as his innovations. He designed the IWC Ingenieur in 1976. A year later, he put Bulgari on the map with the logo-centric Bulgari Bulgari.

In 1981, Genta created the self-winding minute repeater movement, a crucial development in horological history. He designed the Pasha de Cartier in 1985. And in 1994, under his own label, he designed the Grand Sonnerie Retro. To this day, the model remains one of the world’s most complicated wristwatches, boasting over 1,000 parts. Toward the end of his career, Genta also started garnering commissions from private clients, and creating bespoke watches for them became one of his greatest passions.

The Philosophy that Shaped the Industry

Genta’s philosophy was one-of-a-kind, and it has paved the way for every designer since. To him, design was a means of self-expression. He did not approach watches as watches but instead as works of art. Take the Royal Oak for instance. Golay was essentially looking for a different take on a waterproof watch. Genta fused functionality with aesthetics. Ultimately, his work has encouraged the watch buying public to rethink the way they look at watches.

Though he certainly showed some allegiance to particular manufacturers, Genta refused to restrict himself to one brand. Instead, he went where the work was interesting and challenging. He modelled his approach after designer Raymond Loewy, who is responsible for the Shell logo, Lucky Strike cigarette pack, and countless other creations. This was a first in the watch industry. Before Genta, watch design was relatively unsophisticated, and brands did not advertise the names of their designers.

Just before the turn of the century, Genta decided to reenergize his focus toward his design efforts and take a step back from his business. By that time, he had an established relationship with The Hour Glass as a distributor for over fifteen years.

Genta and The Hour Glass shared a common goal to promote watch culture and to keep the passion alive well into the future. Having said that, it is our honour to announce the establishment of the Gérald Genta Heritage Association. Quietly unveiled during SIHH, this organization seeks to pay tribute and continue the legacy of Gérald Genta by encouraging and rewarding young talent.

With the support of industry experts and pre-eminent horologists along with chairwoman and President Evelyne Genta, this namesake association will focus on raising awareness around the generosity, creativity, and visionary spirit of Genta himself through events, exhibitions, conferences, contributions, publications, digital communications, and press relations.

Evelyne Genta, President of the Association, declares: “My motivation is not only born from the love for my late husband; it also comes from my unwavering determination to stoke the fire of his memory and share our passion for his legendary creativity, which generated many masterpieces in luxury watchmaking history. In addition to this, the encouragement and mentorship we want to bring to designers and pioneers of tomorrow is an integral part of our Association’s raison d’être. It is in this perspective that I would like to invite watchmaking enthusiasts and lovers of Gérald’s work to join us so that his innovative work and memory continue to shine, encourage and inspire the young talents of today.”